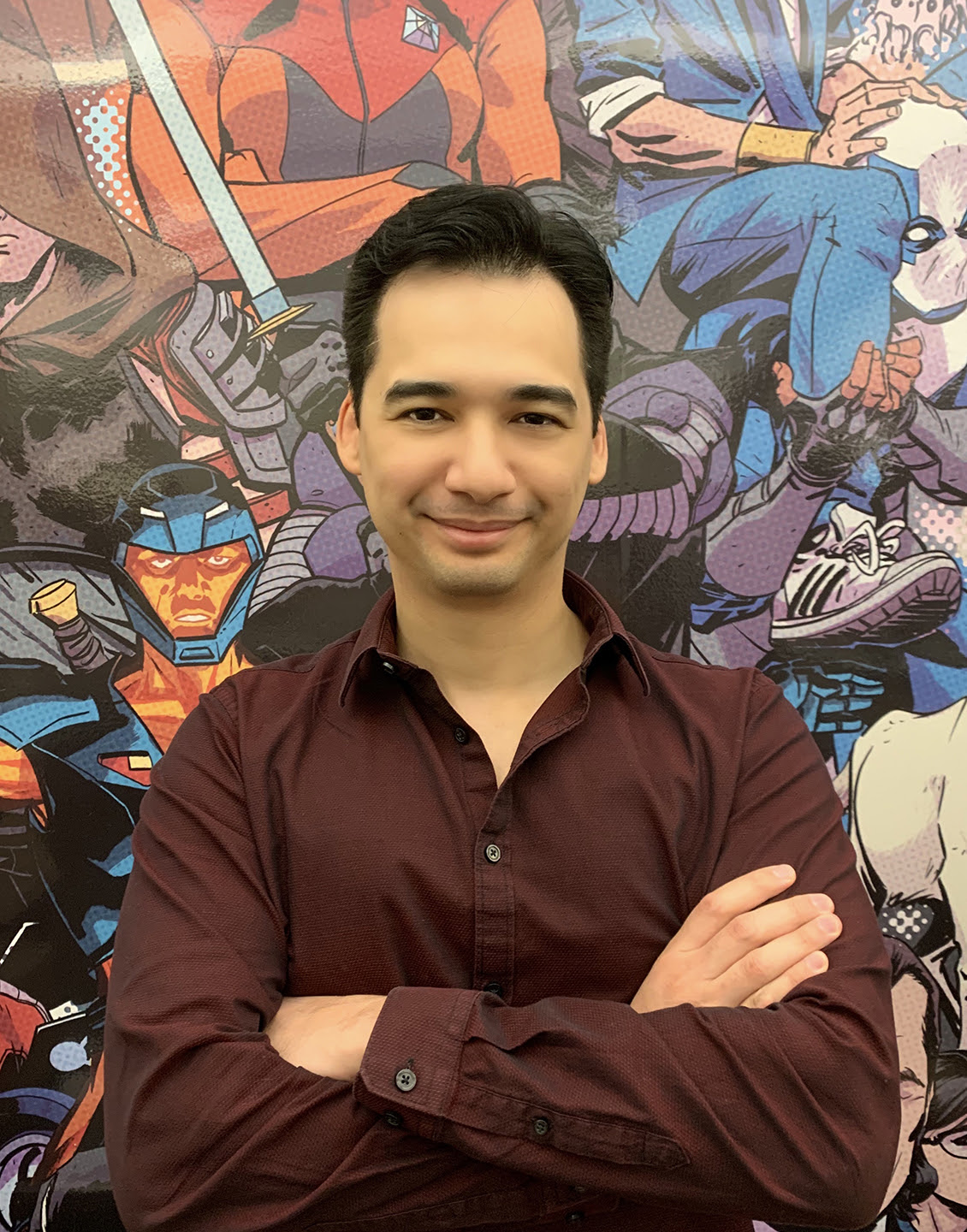 New York, NY (September 30, 2019) – With more than a decade-and-a-half of experience in the comics and entertainment industry to his credit, Valiant Entertainment is incredibly proud to welcome Greg Tumbarello to the team as Editor!

Greg is currently immersed in the Valiant Universe, developing new properties while advancing and evolving existing franchises. Furthermore, Greg’s excited to bring new creators to the evergrowing universe of superheroes!

“I’m thrilled to have Greg join the Valiant family,” stated Senior Editorial Director Robert Meyers. “Greg has a keen mind for storytelling, and a wealth of experience in the comics and entertainment industries. As we gear up for #Valiant2020, Greg will be a key part of our growing success.”

As a longtime comic fan, Greg has fond memories of Valiant. “Growing up as a comics reader in the ’90s, I remember the excitement that surrounded the birth of the Valiant Universe,” said the Editor. “Through Valiant I found some of my favorite writers and artists in the comic book industry. I look forward to continuing the tradition of guiding new and established talent to create unique and exciting stories in the Valiant Universe for years to come.”

Greg will be at New York Comic Con, so say “hi” if you spot him!

About Greg
Greg Tumbarello has over fifteen years professional experience in the comics and entertainment industry, having worked as an editor, writer and producer for MTV Networks, Disco Fries Music/Liftoff Recordings, Image Comics, The Comic Book Legal Defense Fund, Tokyopop, Marvel Entertainment, and DC Entertainment, among others.

He spent seven years as an editor at Legendary Entertainment after cofounding and structuring their successful comic book division with acclaimed editor Bob Schreck. During his tenure, he worked on New York Times best-selling graphic novels such as Godzilla: Awakening and Pacific Rim: Tales from Year Zero. He was an integral part of the team that brought to life Grant Morrison and Frazer Irving’s Annihilator, which garnered an Eisner Award nomination and Frank Miller’s Holy Terror, which launched the division as a top ten comics publisher.