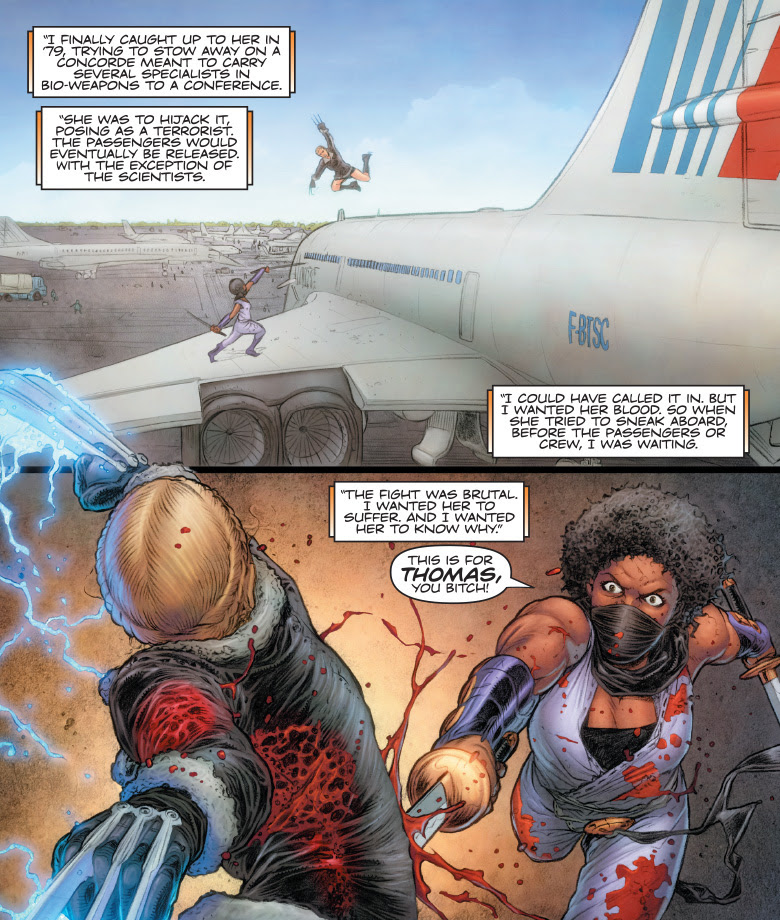 As revealed today at Comicon.com, Valiant is proud to present your first lettered look inside NINJA-K #4 – A STAGGERING, 40-PAGE JUMPING-ON POINT for the EXPLOSIVE NEW ONGOING SERIES from acclaimed writer Christos Gage (Netflix’s Daredevil) and red-hot artist Juan José Ryp (BRITANNIA)! On February 14th, learn the hidden history of the Ninja Programme’s disco-era operative – NINJA-G – as she navigates a treacherous terrain full of Cold War espionage and even colder adversaries…who just might still be waiting to shatter Colin King’s world from the shadows today!

At the height of 1970s Britain, MI-6’s covert Ninja Programme has just activated its first female agent: NINJA-G! As financial instability grips the nation and anarchy brews in the streets, can MI-6’s newest ninja recruit counter a steady tide of double agents, double crosses, and dueling nation states that will take her from the leather-padded corridors of London to the most severe corners of the Soviet Bloc? The life expectancy of a ninja agent is never long…but just how and why are NINJA-G’s missions still impacting Ninjak’s deadly manhunt in the modern day? And could her legacy hold the secret to decoding the murders of the Ninja Programme’s last surviving members – before Colin King is scratched off the list once and for all?

Plus: Continuing in NINJA-K #4, Valiant’s ninja mastermind Christos Gage joins forces with comics veteranAriel Olivetti (Incredible Hulk) for the next harrowing chapter of an essential back-up feature chronicling the origin of Britain’s secret weapon of World War I… The mysterious NINJA-A! 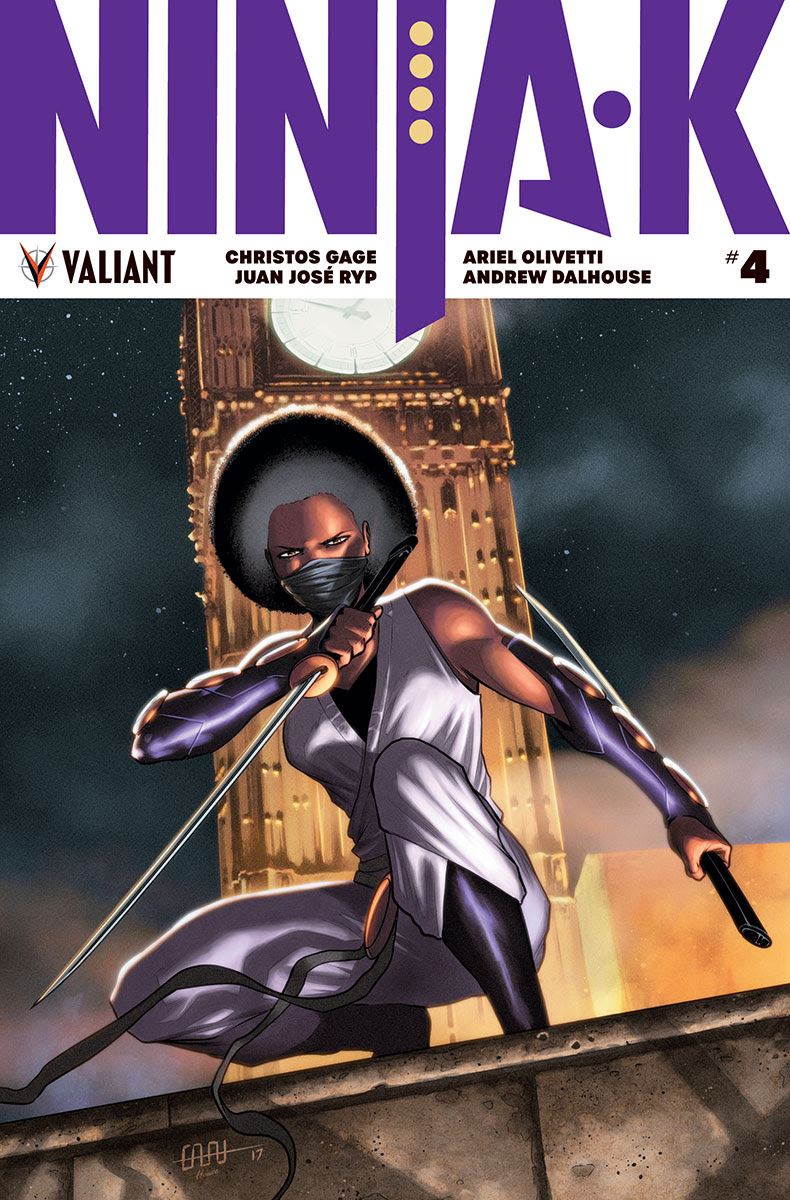 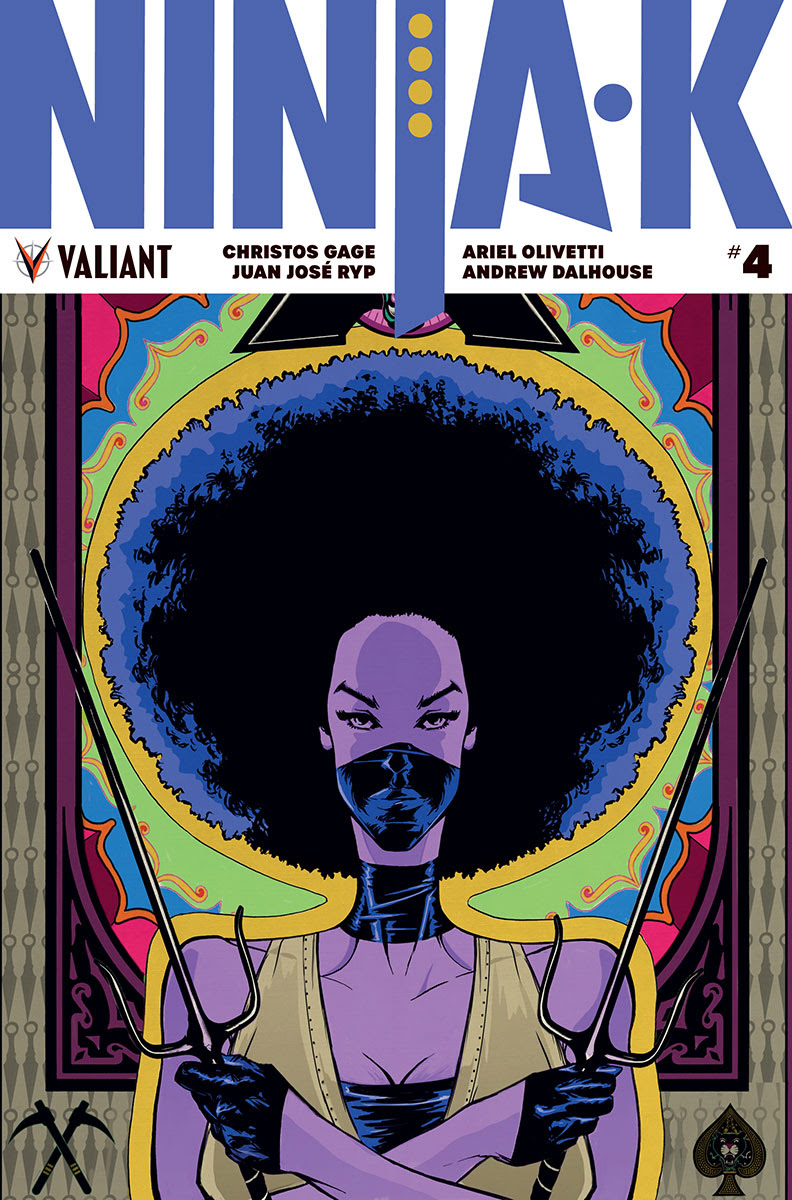 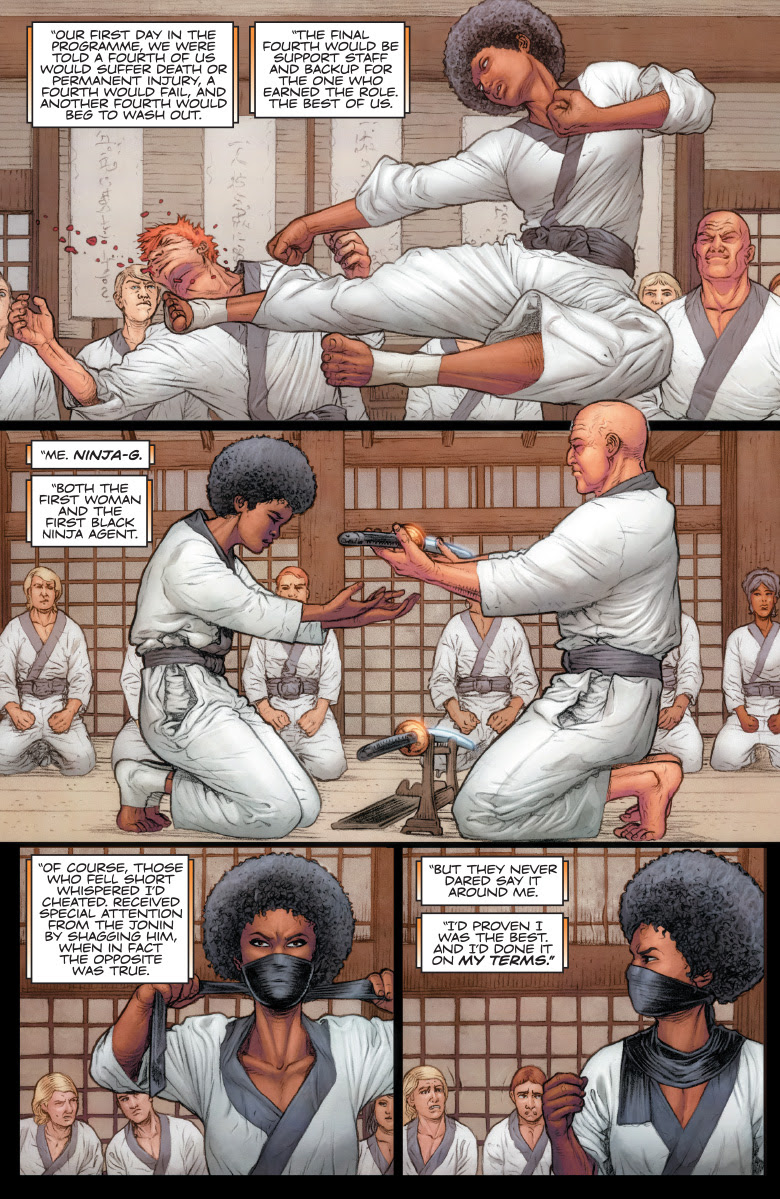 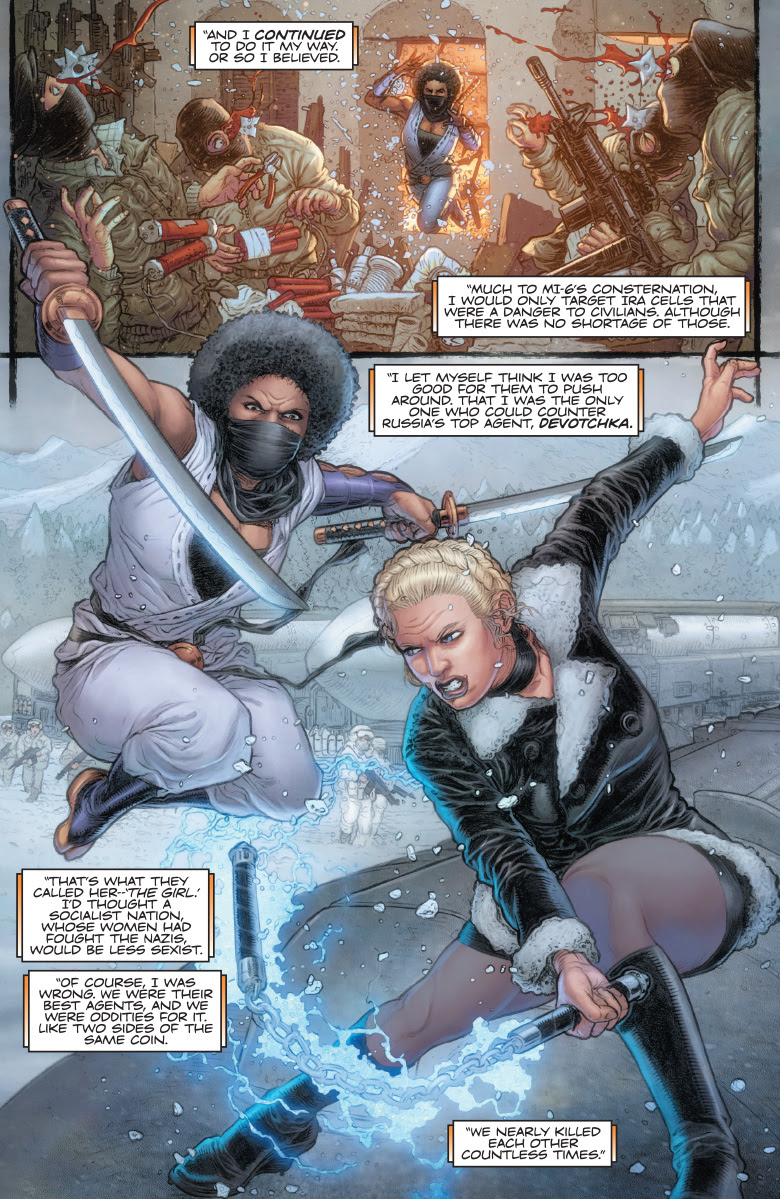 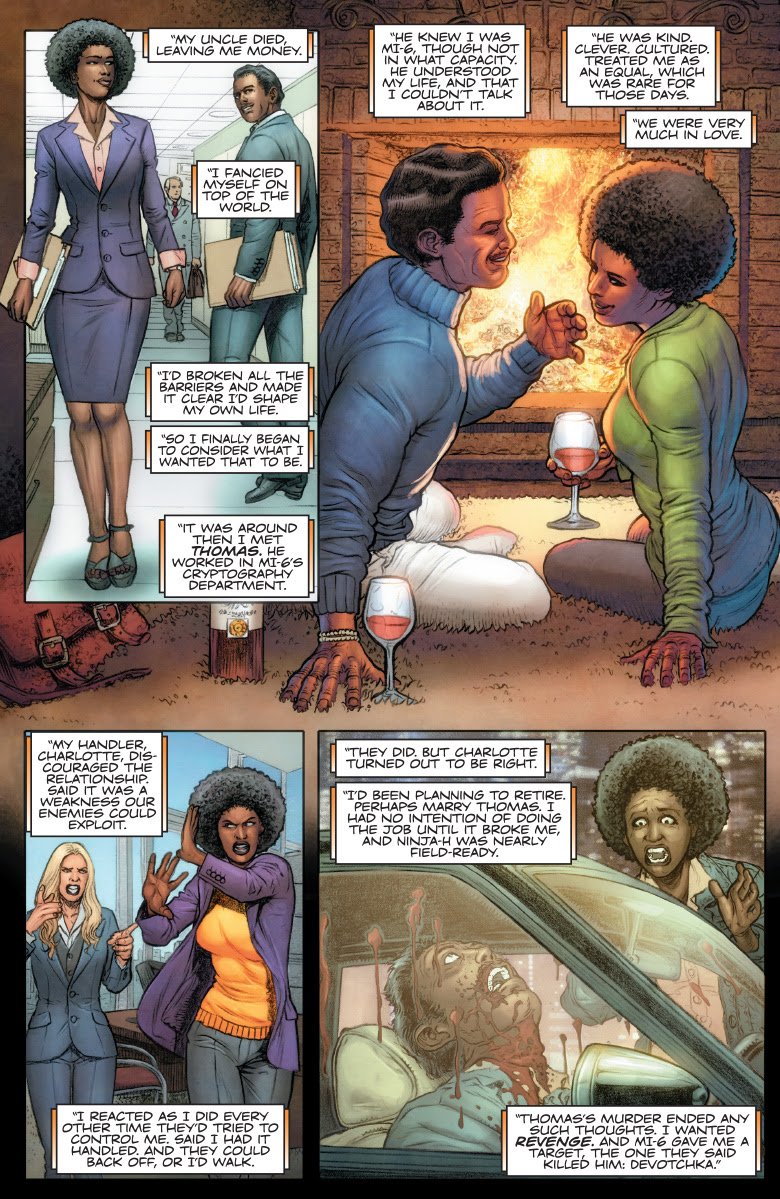 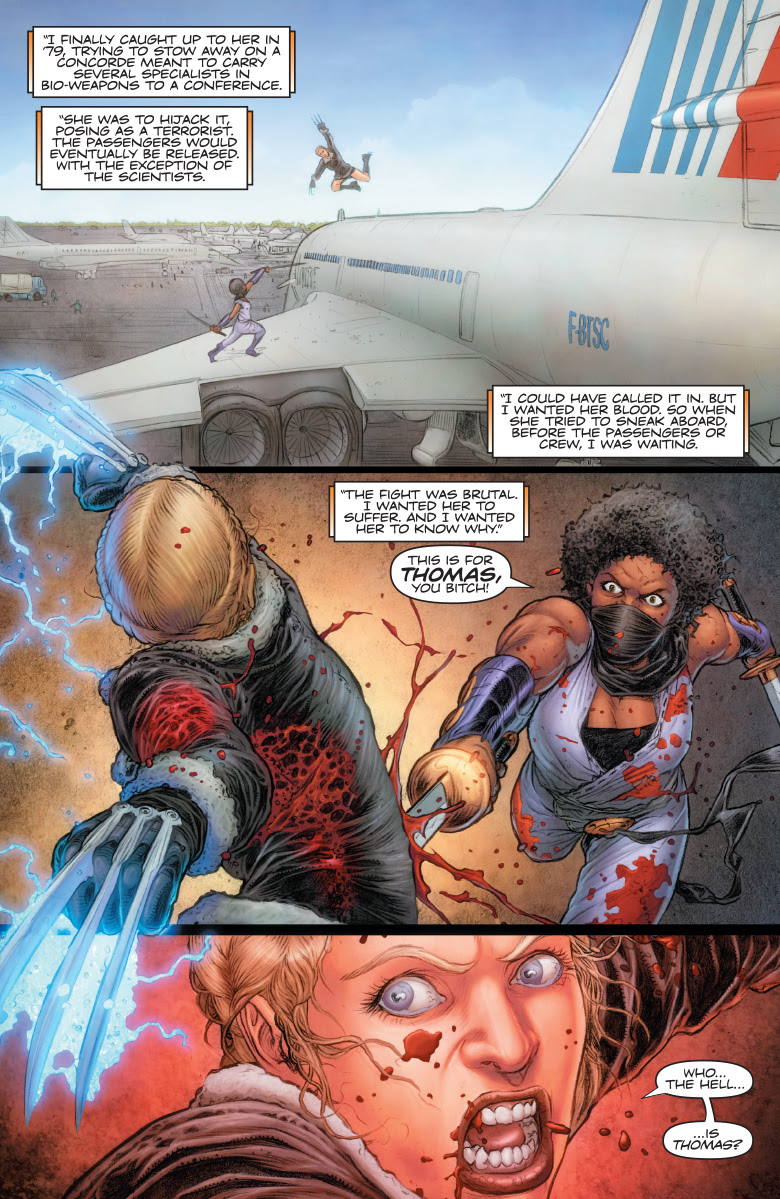 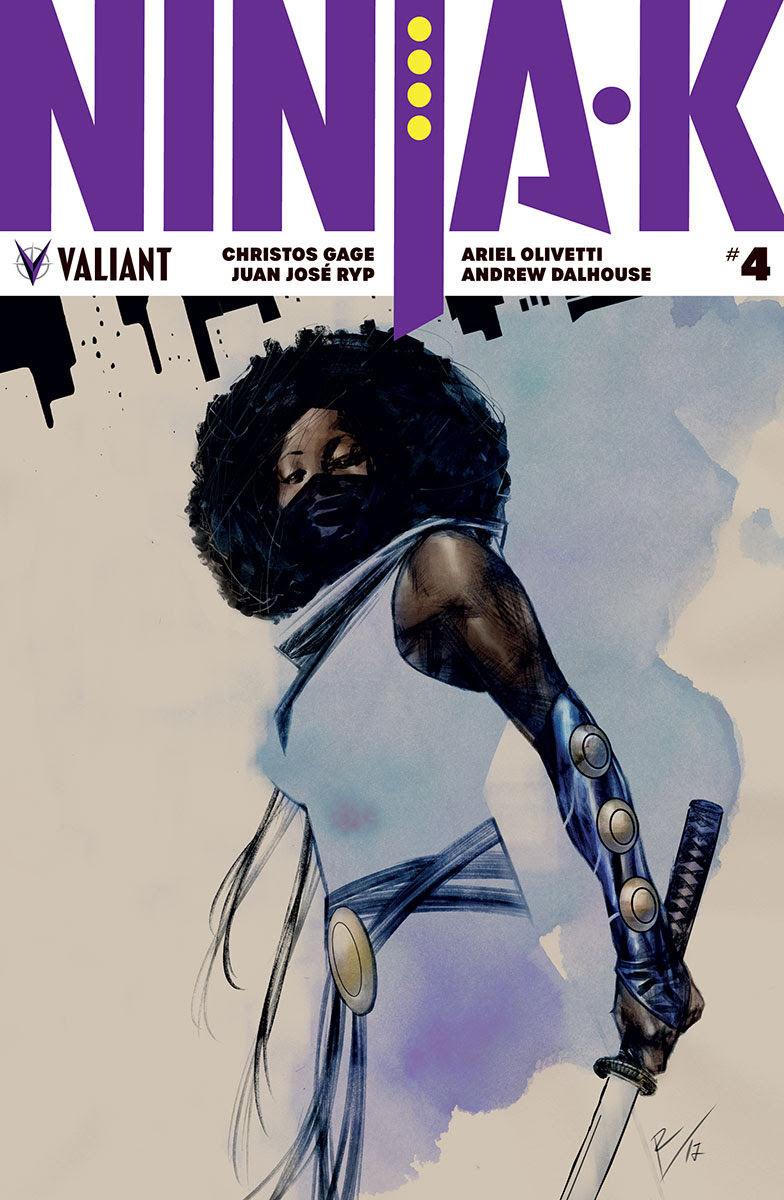 Like Loading...
Previous article
Valiant & Elhoffer Team Up for “The Faith Collection” – A Stylish New Fashion Line Available Exclusively at ThinkGeek!
Next article
Ghostbusters 101: EVERYONE Answers the Call