November 29, 2017
TaylorNetwork
no comment on Helena Crash Jolts The Market with Brand New Collection of the Comic Series

In a future where coffee is illegal, Helena is a courier, delivering black market goods to anyone who can afford her services. From the white hot creative team of Samurai Jack: Quantum Jack, Fabian Rangel Jr (‘Namwolf) and Warwick Johnson-Cadwell (Mr. Higgins Comes Home with Mike Mignola) present a brand new vision of the future.

“I love coffee. I drink a lot of coffee, and I actually can’t write without it nowadays (as bad as that sounds),” says Rangel. “It is the fuel for the storytelling fire in my brain. When I read that article about coffee becoming scarce, my imagination automatically started wondering about a new prohibition era, and how wild it would be in a sci-fi world.”

Interpreting this vibrant, futuristic world is no small feat but Johnson-Cadwell was up to the task.

“The city, the characters, everything is buzzing with life,” said Johnson-Cadwell. “It’s like a giant amusement arcade/carnival/funfair, and noisy as hell. I wanted to get across the wild energy I got from Fabian’s writing. I wanted to make sure I got the excitement I felt reading his scripts onto each page. So much damn fun.”

When Rojo, a ruthless crime boss, asks Helena to assassinate his rival, the alien mobster known as White Demon, Helena finds herself in the middle of a gang war! To survive, Helena must use all of her skills, and seek help from her friends to stay ahead of her enemies!

Helena Crash: Fueled by Coffee will collect the debut four-issue series. It is now available for pre-order and will go on sale this December everywhere. Those who can’t wait until then to get their fix can pick it up in specialty comic shops this Wednesday, November 29. 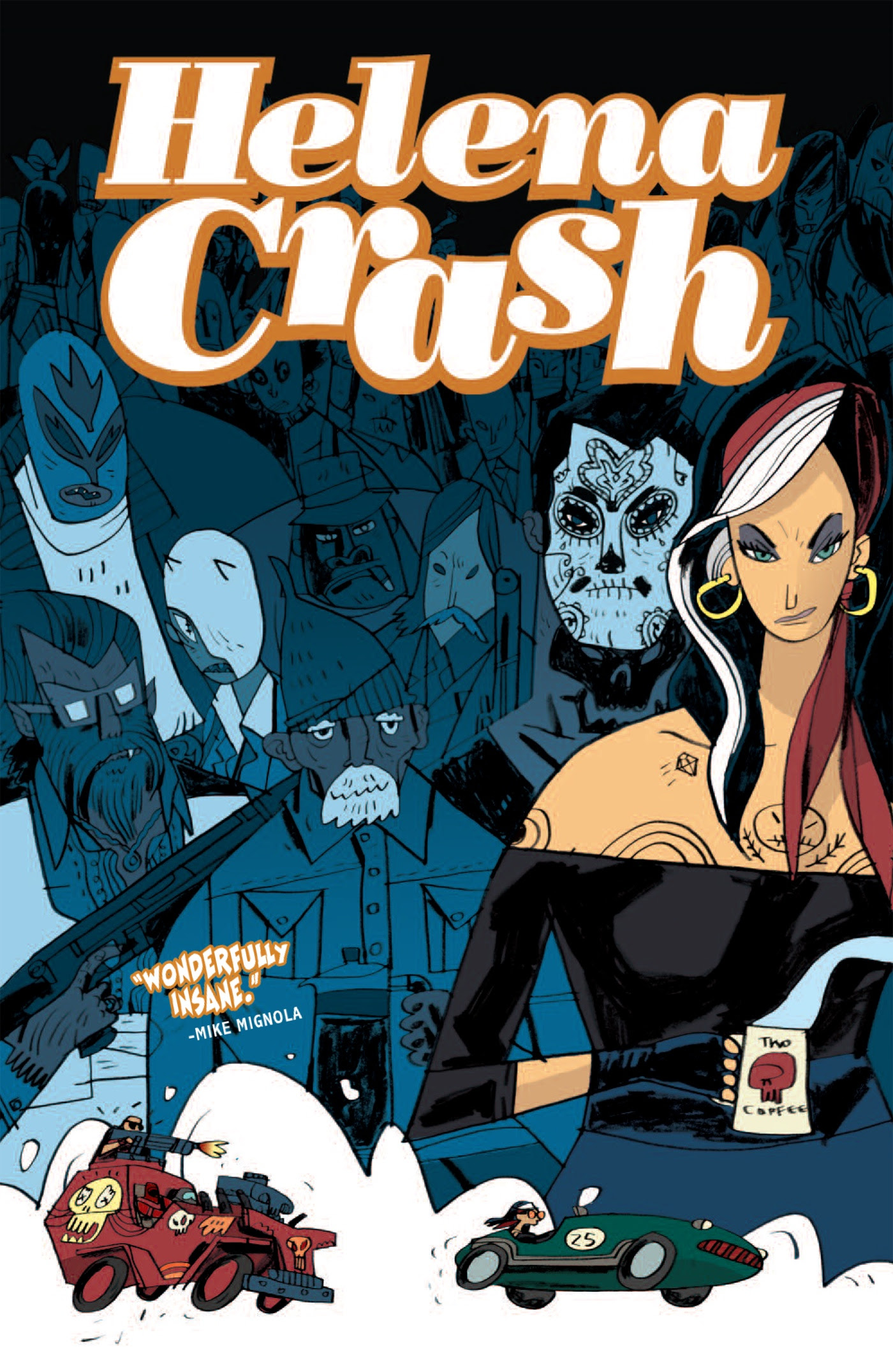