Close to Mount Fuji lies the Aokigahara forest, the cradle of horrific ghost stories, one gloomy place notorious because of the many people going there to end their own lives…
Portia, haunted by the spectral figures of the Yokai, cannot help but return to the Suicide Forest. The ranger Ryoko, puzzled by the circumstances surrounding the young woman who attempted suicide, finds no solace in her master’s words and approaches the lonely Buddhist monk of Aokigahara: the man called Deshimaru.

This miniseries is the sequel of the acclaimed graphic novel The Suicide Forest, written by El Torres with art by Gabriel Walta, masterfully written by Desiree Bressend with the artwork by Ruben Gil, but it can be read independently. And this time, a Retailer incentive cover, served 1:10, by maestro Pasqual Ferry!

Toni Fejzula (Dark Horse’s Dead Inside, Veil…) has created the covers of the miniseries, a set of five connected covers! Check them each month! 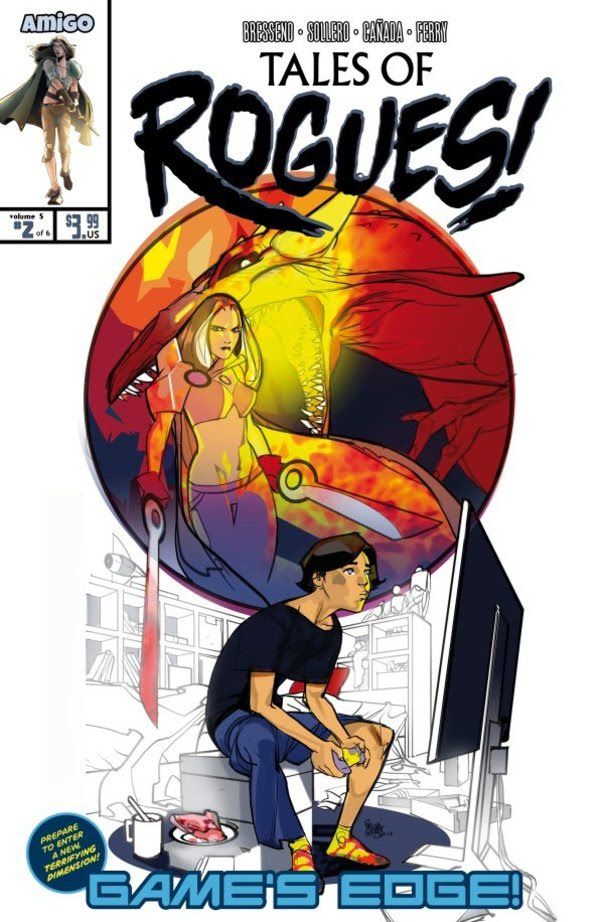 Want to read more stories about Bram and Weasel? Tales of Rogues! are auto-conclusive comics by new, emerging hot artists!

Where are the boundaries between fantasy and reality? Is the world just a video game? Are we the owners of our own actions? Join Greg, the friendless nerd, following Weasel in a world of adventure games with dragons, chickens, and enchantresses with ambiguous genitalia!

Desiree Bressend is the amazing writer behind Call of the Suicide Forest, and has also collaborated with Jose Antonio Sollero in Spanish comics like Spanish Civil War: 1937. Their approach to Rogues! in this self-conclusive story will knock your socks off!

Each month, we will present a book with a different team. Some stories take place in the Rogues continuity, but others are “elseworlds”. We just wanted to give our creators complete freedom to show how cool their stories and their skills are!