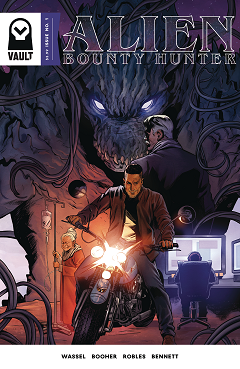 John Haines Rare Comics is hosting a signing in Booth #1301 at this year’s Baltimore Comic-Con, featuring David Booher, writer of Vault Comics Alien Bounty Hunter and Powerless on Saturday, September 23rd from 1:00 to 3:00. David is coming in from California for his first Baltimore appearance, so please stop by and give him that famous Charm City welcome.