Headed to Baltimore Comic-Con this year? Team Dynamite will be there in full force to celebrate the 18th annual event, which hosts a variety of comic creator guests, retailers, exhibitors, panels, and special events!

This year, the Baltimore Comic-Con will take place at the Baltimore Convention Center in Baltimore’s Inner Harbor on September 22-24, 2017. Tickets are available online — avoid ticket lines by purchasing now.

While there, be sure to visit the Dynamite team at Booth #2010, and pick up their exclusive Baltimore Comic-Con foil covers of Sheena, Killer Instinct, and The Librarians! 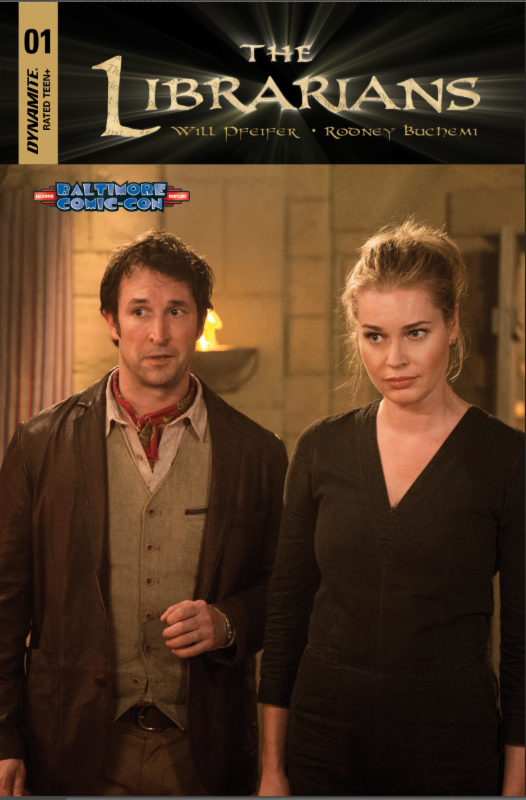 Dynamite Creators & Staff that will be attending Baltimore Comic-Con 2017 include*:

In addition, Dynamite will be hosting two exciting panels at this year’s Baltimore Comic-Con!

Dates, times, locations, and focus of Dynamite’s two panels are summarized below:

DARE TO BE HEROIC WITH DYNAMITE *

Villains don’t stand a chance this fall as Dynamite unleashes our team of all-star creators and unites some of comics’ most iconic heroes in what’s certain to be some of the hottest releases of the season. Join Steve Orlando (The Shadow/Batman), Greg Pak (John Wick), Amy Chu (Red Sonja), and more as they join forces to discuss the anatomy of crafting a true hero!

Steve Orlando (Writer of The Shadow/Batman)

Discover where some of comics’ most acclaimed writers find the inspiration behind their creations, and how they translate the first creative spark to the final printed page. Greg Pak (John Wick, Battlestar Galactica), Steve Orlando (Shadow/Batman), Sean Von Gorman (KISS, Toe Tag Riot), and more offer a behind-the- scenes look at the real-life origin stories of some of your most beloved comic creations!

Steve Orlando (Writer of The Shadow/Batman)