March 29, 2017
TaylorNetwork
no comment on LOVE IS LOVE BENEFIT COMIC RAISES MORE THAN $165K FOR VICTIMS OF THE PULSE NIGHTCLUB MASSACRE IN ORLANDO

Last December, IDW Publishing, with support from DC Entertainment, created LOVE IS LOVE, an anthology graphic novel that united the comic book community in support of the victims and families affected by the tragedy at Pulse nightclub. Now The New York Times best-selling graphic novel has raised more than $165K from digital and print sales. Through Equality Florida, the proceeds have been donated to the OneOrlando Fund to assist the victims and families impacted.

“Words cannot express how grateful we are for the outpouring of generosity our community has received,” said Orlando Mayor Buddy Dyer. “People from around the globe continue to contribute funds to OneOrlando to deliver the critical help and healing the victims’ families and survivors need to aid in their recovery.” 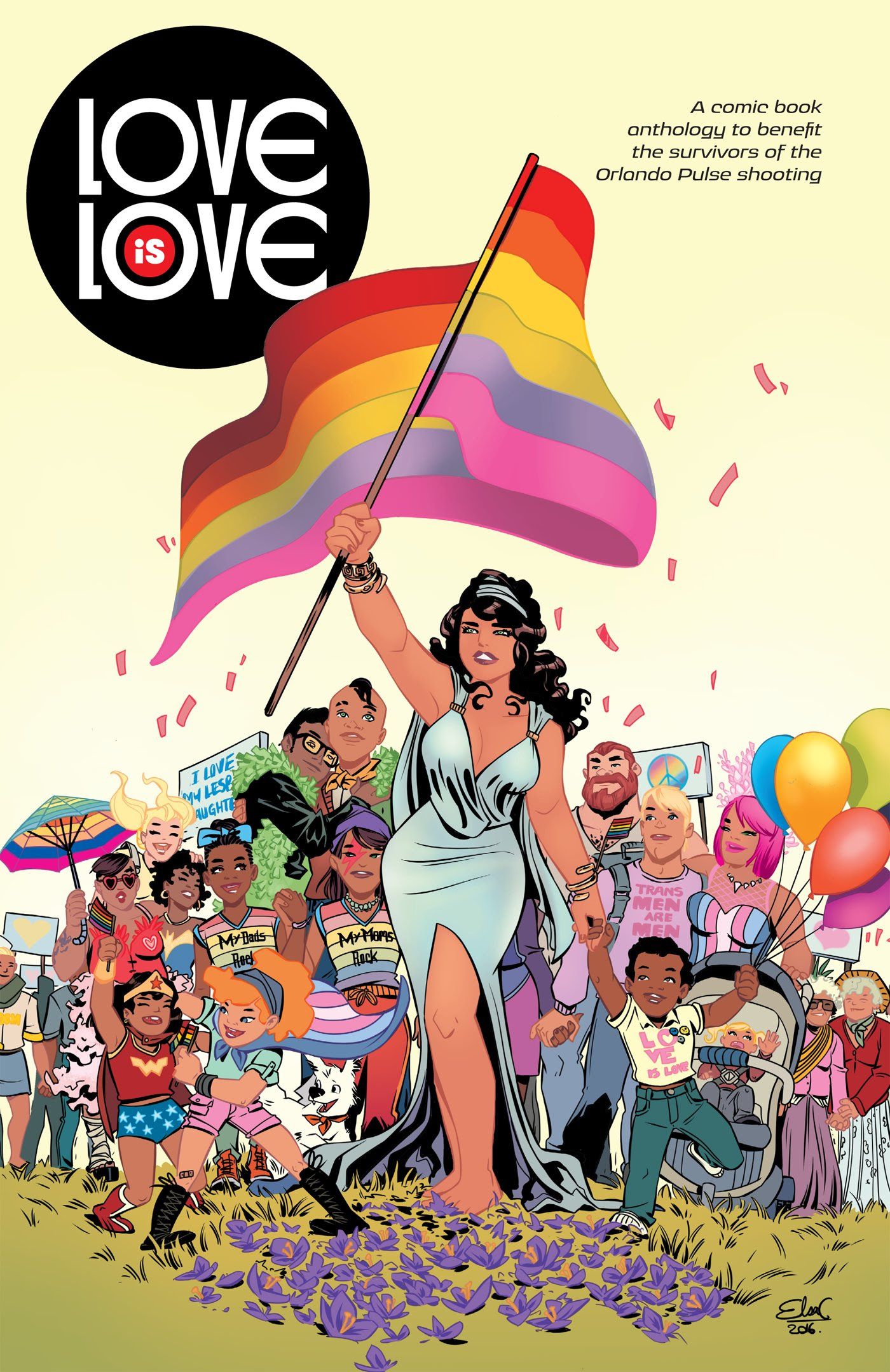 “I am overwhelmed by the response to LOVE IS LOVE,” said Marc Andreyko. “Never in my wildest dreams could I have imagined that this project would not only raise so much money, but touch so many lives around the globe. In these divisive and difficult times, seeing the outpouring of love and support for victims of hate by people of every race, creed, orientation and nationality shows me that there is much good in the world. We just need to keep fighting the good fight and love will win.”

Anticipation for LOVE IS LOVE ran so high that retailers could barely keep up with demand. The graphic novel is currently in its fourth printing, and the remaining copies will be donated to Equality Florida and sold as fundraising items.

“Equality Florida is so grateful for this project – it has been such an inspiring and powerful way to respond in the face of tragedy,” said Nadine Smith, CEO of Equality Florida. “We must uproot the hatred that breeds discrimination and violence, and having top storytellers and illustrators combine their talents makes LOVE IS LOVE a potent and accessible tool.”

A fifth printing is forthcoming, with all proceeds from this and future editions of LOVE IS LOVE being donated to LGBTQA charities.