December 22, 2016
TaylorNetwork
no comment on Ghostbusters 101 Coming March 2017
After making their cinematic debut this summer, the latest iteration of Ghostbusters will now answer a new call in 2017, appearing for the first time alongside the original Ghostbusters in — Ghostbusters 101: a new comic book series launching in March 2017.

The ghostbusting team of Holtzmann, Yates, Tolan, and Gilbert will cross paths with Venkman, Stantz, Zeddemore, and Spengler – in a brand new comic book series set in the long-running IDW continuity from the fan-favorite, critically-acclaimed, and prolific Ghostbusters comics creative team of Erik Burnham, Dan Schoening, and Luis Antonio Delgado who have written and drawn the IDW comics for the past five years. 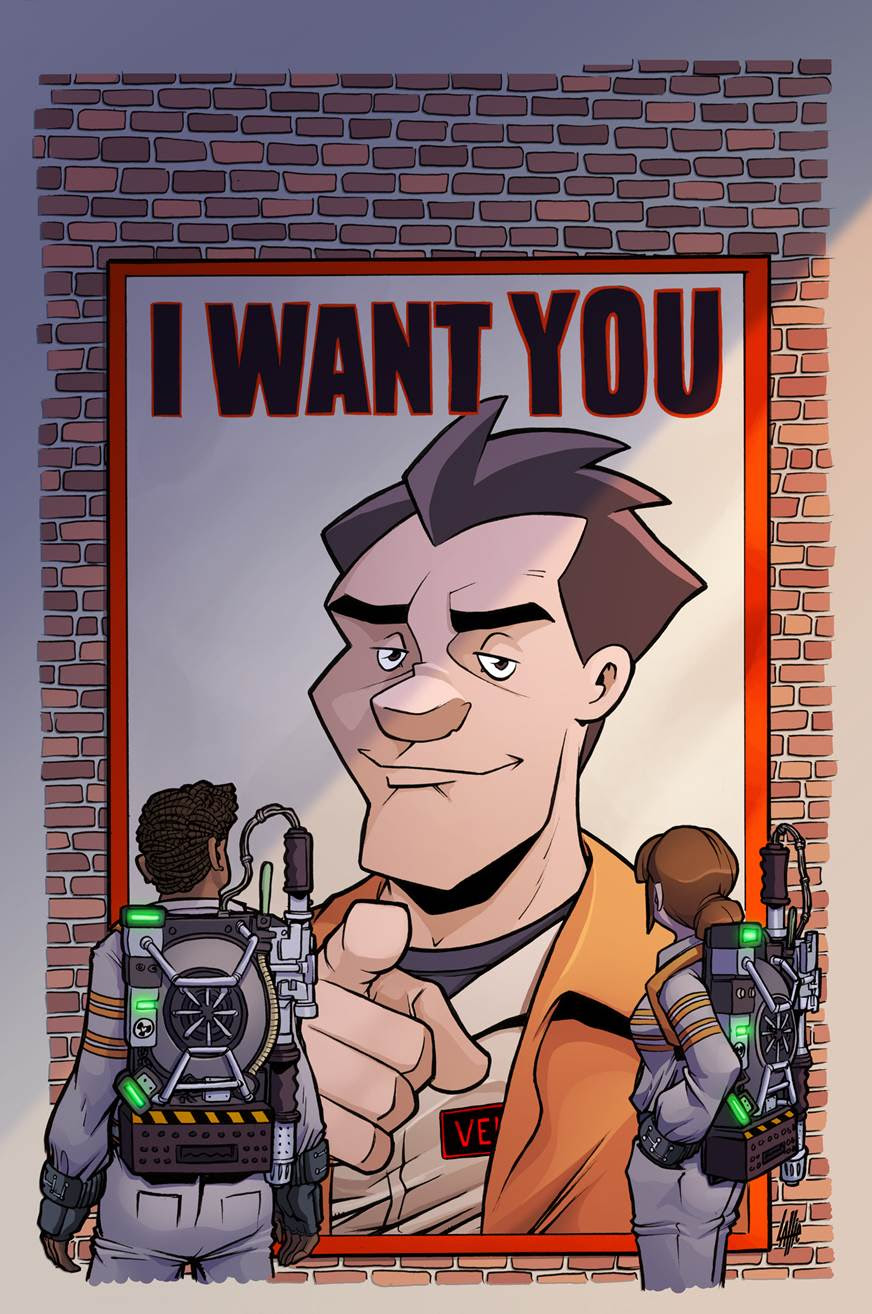 Shortly after the classic Ghostbusters decide to get back to their roots of teaching the next generation of ‘busters, an inter-dimensional mishap merges together their universe with that of the new crew of paranormal police. Now, with the fate of two dimensions in the balance (maybe more?!), can these distinctly different teams come together to repel the greatest supernatural challenge any of them have ever faced? They’re going to have to find a way if there’s any hope for survival. Prepare for mass hysteria of the dogs and cats living together variety, because this time everyone… ANSWERS THE CALL!

“I’ve always wanted to meld the two worlds,” said Ivan Reitman, Co-founder, Ghost Corps. “It would be great fun to see them all together for the first time and I think it’s important for the future that we bring it back into a single universe.”

“When we found out Sony and Ghost Corps were ready to let IDW play in the Ghostbusters: Answer the Call sandbox, we were beyond ecstatic,” said series editor Tom Waltz. “Abby, Erin, Patty, and Holtzmann are such fun characters, and to be able to have them join forces with the original ‘busting crew (as well as our expansive roster of fan-favorite supporting characters) is a wonderful creative opportunity for all involved. And in the undeniably capable hands of Erik Burnham, Dan Schoening, and Luis Delgado, I’m confident it will prove to be a proton blast of epic proportions — for both old and new fans of this sensational franchise.”

“Ghostbusters continues to resonate with fans and maintaining a fresh narrative is critical to our long-term consumer products strategy,” said Jamie Stevens, EVP, Sony Pictures Entertainment Worldwide Consumer Products. “We are thrilled to have IDW as our partner. Aside from an incredible creative team, they have continued to bring big ideas that deliver on that promise.”

Ghostbusters 101 will answer the call this March with variant covers by Erica Henderson and Tim Lattie. The main covers by Schoening and Delgado will each be part of six inter-connected images featuring the full cast of characters.