All weekend long, join Valiant inside the Buffalo Niagara Convention Center at Booth Section S and see why Valiant is the leading independent superhero universe to beat with a complete selection of trade paperbacks, deluxe hardcovers, and t-shirts and merchandise for critically acclaimed and award winning titles including BLOODSHOT REBORN, BOOK OF DEATH, DIVINITY, FAITH, NINJAK, THE VALIANT, A&A: THE ADVENTURES OF ARCHER & ARMSTRONG, WRATH OF THE ETERNAL WARRIOR, X-O MANOWAR, and many more!

Then, the action hits with the force of the Niagara on Saturday, September 17th at 1:00 p.m. in Panel Room 106 CV with VALIANT 101: NEW FANS START HERE – a concise and fun-filled introduction to Valiant’s biggest, most memorable characters! You’ve seen the reviews, you’ve heard the buzz… Now find out why Valiant Entertainment has taken fans and critics by storm as the most acclaimed comic book publisher! Join us here for a one-of-a-kind introduction to the largest and most acclaimed independent superhero universe in comics! From X-O MANOWAR and FAITH to BLOODSHOT REBORN and DIVINITY, get the stories behind Valiant’s biggest heroes and find out where to jump on board right here with an in-depth tutorial that’s perfect for new fans!

We’ll see you in the Queen City! And don’t miss a moment of the action as Valiant’s one-of-a-kind convention road show storms on through Buffalo, New York City, San Antonio, and more all year long! 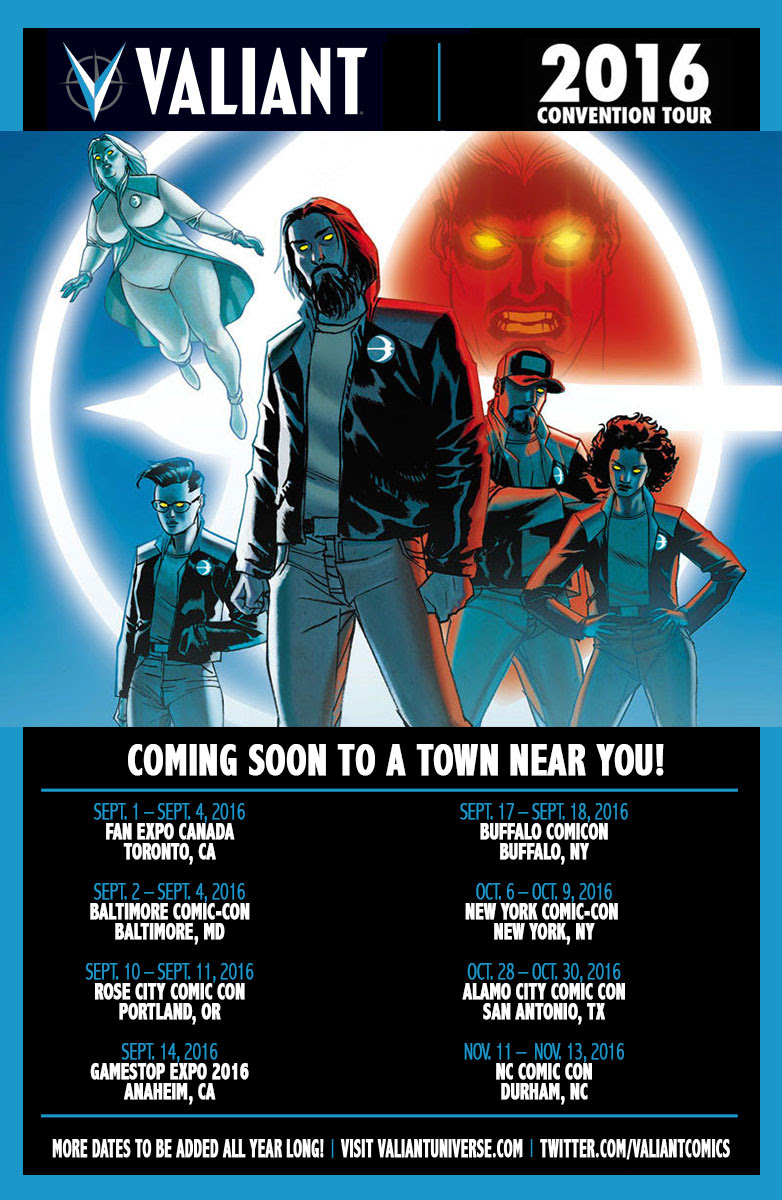