Creation Entertainment’s 15th Annual Las Vegas Star Trek Convention 2016 kicks off this week and one of the special guests in attendance will be John Byrne, a titan in his field whose contributions to comic books cannot be overstated.

Not only will Byrne be making a rare appearance at this week’s Star Trek convention, he will be signing copies of his Star Trek books for IDW Publishing at the IDW booth throughout the weekend. Please note that, in keeping with the 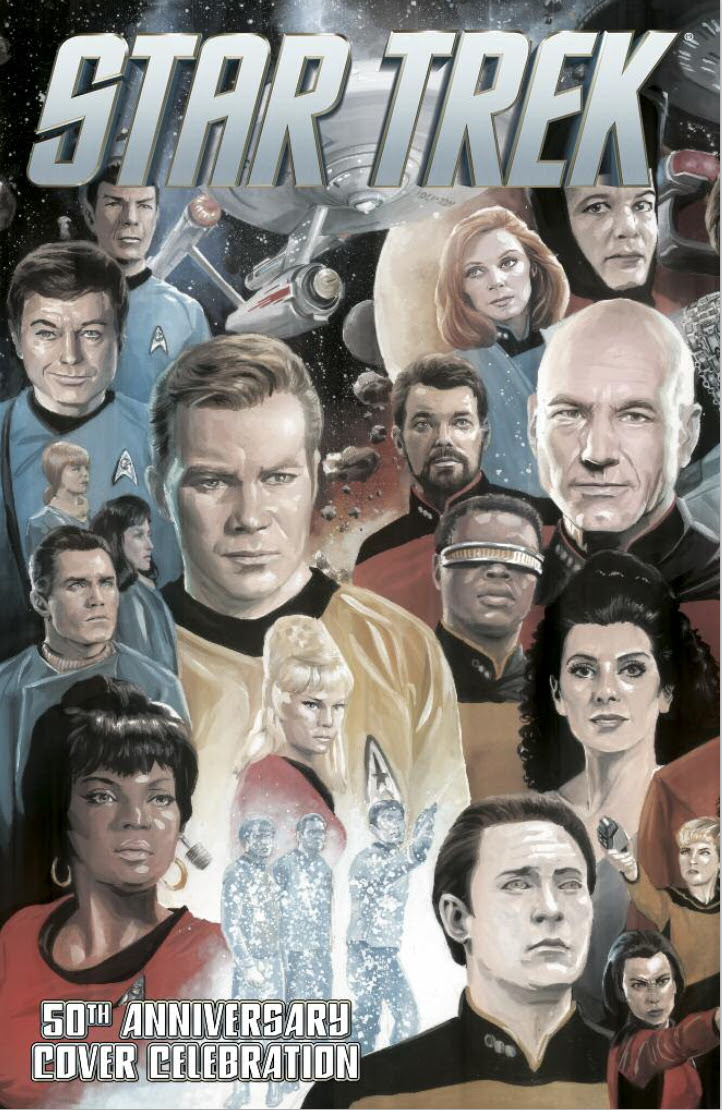 theme of the convention, Byrne will only be signing his Star Trek works, including the brand-new New Visions Special “The Cage” photo-story, which will be making its convention debut here.

Fans can meet Mr. Byrne at IDW booth #54 and get their Star Trek books signed in Las Vegas this weekend as well as pick up IDW’s Convention Variant of the Star Trek 50th Anniversary Cover Celebration. IDW has commissioned a special triptych drawing by Star Trek artist J.K. Woodward chronicling the 50 years of Star Trek cast members and produced three variant covers. Each connecting cover is limited to only 250 copies, and the first cover, of Star Trek: The Original Series and Star Trek: The Next Generation, will be available for sale at the IDW table during the convention at a cost of $10 per copy. The remaining two connecting variants are show exclusive variants for the Star Trek Mission show in New York City, and the 2016 New York Comic Con, respectively.