San Diego, CA (July 7, 2016) – San Diego Comic-Con International is fast approaching and IDW and Top Shelf are rolling out their hottest exclusives and debuts for the biggest convention of the year! See below for a full list of your convention must-haves and download the ultimate IDW 2016 SDCC Exclusives Shopping Guide PDF for full descriptions and cover images.

A few exclusives are available for pre-order from IDW’s webstore beginning today. Fans that preorder will be able to pick up their books throughout the show from the IDW booth #2743 as well as from the San Diego Comic Art Gallery located at the Liberty Station Arts District in the Point Loma area of San Diego. While you’re there, check out The Art of Batman/TMNT exhibition by Kevin Eastman andFreddie Williams II. You can pick up your pre-orders starting July 20th through July 24th. For more information on the gallery and exhibit as well as directions, visit www.sdcomicartgallery.com.

IDW’s SDCC 2016 Convention Exclusives are only available for pick-up on-site at SDCC 2016 or at the San Diego Comic Art Gallery during the event. There will be no shipping options offered for these titles.

Cover by Butch Guice
$10, Limited to 500 copies
Science Fiction Superstar William Gibson comes to comics! Catch up on his brand-new series that takes a dystopian look at the American politics in 2016 with the first two issues featuring foil-enhancements! 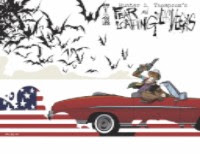 Fear and Loathing in Las Vegas #1 Con variant
Cover by Troy Little
$10, Limited to 300 copies
Troy Little’s gonzo adaptation of Hunter Thompson’s Fear & Loathing in Las Vegas is now available in an all-new format. This comic book version is presented in black-and-white and at a slightly larger size than the full-color hardcover edition. This special variant features a wraparound cover by Little.

B&W Cover by Andy Suriano
$5, Limited to 250 copies
Join Mickey, Minnie and all their pals in a comic adaptation of the celebrated, multi-Emmy and Annie Award-winning shorts from Disney Television Animation! Get your black and white variant cover signed by character designer Andy Suriano at the IDW booth!

Micronauts #3 Hasbro painted variant
Cover by Ken Kelly
$10, Limited to 250 copies
THEY CAME FROM A DYING UNIVERSE! ACROYEAR, SPACE GLIDER, BIOTRON and their allies are back, on the run from the evil BARON KARZA, and blasting through a universe where magic and science vie for control! Featuring a gorgeous painted cover by Ken Kelly you won’t want to miss the next epic chapter of the hit series. 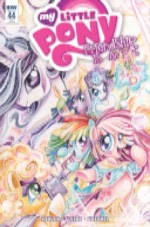 My Little Pony #44 SDCC variant
“Ponies dress up as Jem” cover by Sara Richard
$5, Limited to 250 copies
The ponies put on their best Jem and the Holograms cosplay on this special variant cover by Sara Richard! Inside you’ll find “Ponies of Dark Water Part 2”, where our favorite ponies have gone bad and are loving every minute of it! 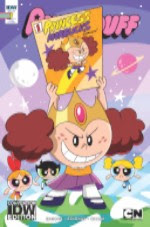 Powerpuff Girls #1 Princess Morbucks Variant
Cover by Derek Charm
$5, Limited to 250 copies
The girls are back in this debut issue of their new series! But their return is short-lived as Princess Morbucks takes over this convention variant cover by series artist Derek Charm!

ROM #1 Foil-Enhanced Variant
Cover by David Messina
$10, Limited to 250 copies
First there was his epic return in this year’s FCBD #0, and now the ongoing tale of ROM begins in earnest! The wildest new series of the year begins as Rom’s war with the DIRE WRAITHS hits close to home. Get a special foil-enhanced convention cover only at the IDW booth! 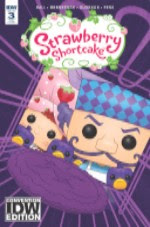 TMNT: Bebop & Rocksteady #1 SDCC Variant
Cover by Mateus Santolouco
$10, Limited to 500 copies
The most explosive Turtles event ever kicks off here as Bebop & Rocksteady find themselves in possession of a time-travel scepter and proceed to wreak mayhem on all of reality! The fearsome duo are joined by Pidgeon Pete on this convention variant by main series artist Mateus Santolouco. 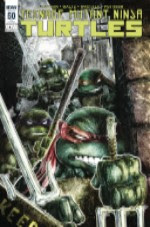 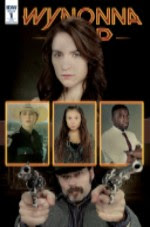 Wynonna Earp #1 Con Edition Photo Cover Variant
$10, Limited to 600 copies
The stars of the hit television show will be on hand at the convention to sign a special photo variant cover available only at the show! And for the ultimate collectors a deluxe pack will be available collecting the convention variant and the extremely rare San Diego premiere variant cover! 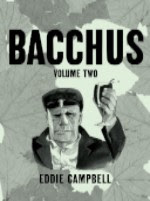 Nearly 600 pages, this deluxe volume collects the second half of the Bacchus saga (including 1001 Nights of Bacchus, Hermes vs. the Eyeball Kid, The Picture of Doreen Grey, King Bacchus, and Banged Up), with new notes and commentary by the author. Get a show debut copy of the signed and numbered hardcover edition during the show at the IDW booth! 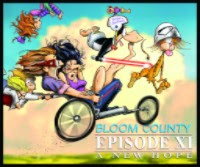 Bloom County Episode XI: A New Hope Hardcover – Show debut
Cover by Berkeley Breathed
$40, Limited to 400 copies
Berkeley Breathed’s Pulitzer Prize-winning Bloom County ran from 1980 until 1989, when Breathed walked away from the strip at the peak of its popularity. Then, in the summer of 2015, and with no advance warning, he brought the cast of Bloom County back to an unsuspecting world—via social media—which caused a media frenzy as word of the strips unexpected return spread virally to multitudes of delighted fans. Now, his new strips are collected here in an exclusive hardcover volume. Breathed will be on hand at the IDW booth throughout the convention!

John Romita Artifact Edition Convention Variant
Variant Cover by John Romita
$150, Limited to 100 copies
Nearly 200 pages of prime John Romita Spider-Man art from his very earliest days on the title, and all but 10 are scanned from the original art (NOTE—we decided to add stats of those 10 pages to complete stories. So while this is an Artifact Edition, there are FOUR complete Romita Spider-Man stories in the book)! This over- Artifact Edition showcases the absolute peak of Romita’s tenure on Amazing Spider-Man from his first 15 issues (#39 – #53), and all are twice-up pages—this one is an enormous 15” x 22” tome!

Debuting at this year’s SDCC is the variant cover featuring the iconic “Spider-Man No More” cover from issue #50! 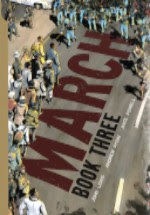 Marvel Covers: Modern Era Artist’s Edition SDCC Variant
Cover by Jim Lee
$125, Limited to 100 copies
Volume two of Marvel Covers charts NEW territory—literally—featuring covers from the last 25 years! Included in this volume will be gorgeous selections by a vast array of talents as they interpret many of Marvel’s most iconic characters and titles! The convention variant features the original cover art of X-Men#277 by Jim Lee! 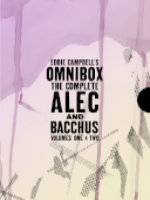 TMNT: Notebook Series: Raphael #1 SDCC Variant
Cover by Kevin Eastman
$50, Limited to 100 copies
TMNT co-creator Kevin Eastman has been making comics for 30 years–and across three decades he’s amassed mountains of developmental character sketches, script notes, page roughs, and even alternate pages. Along the way he’s created one-of-a-kind notebooks filled with the detritus of his process, entirely unique collections exploring the inner workings of his creative methods. But now these unattainable treasures are ready for fans far and wide, tirelessly reproduced from the original notebooks, and curated by the foremost TMNT authority in the world!

Equal parts blue-collar character study and mind-bending mystery, The Underwater Welder is a graphic novel about fathers and sons, birth and death, memory and reality, and the treasures we all bury deep below the surface.

A signed and numbered edition will also be available. 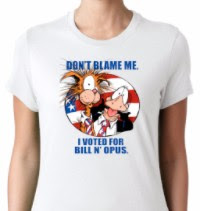 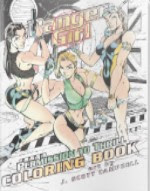 Danger Girl Coloring Book Convention Variant
Cover by J. Scott Campbell
$10, Limited to 200 copies
The luscious artwork of J. Scott Campbell is unmistakable and often imitated — and now it’s yours to color in this collection of artwork from the comic book series Danger Girl. From thrilling scenes to chilling curves, Permission to Thrill brings the best of the comics medium to the world of coloring books! 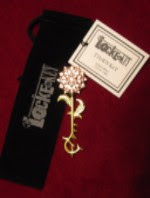 TMNT City at War 18×18 lithograph (Convention Only Item)
Drawn by Mateus Santolouco
$10, Limited to 300 copies
Mateus Santolouco’s stunning interconnected covers for issues #45 – #50 of Teenage Mutant Ninja Turtles can be yours with this striking lithograph! Get it signed by the whole TMNT team during the convention!

Mystery Kids’ Comics Pack
Get $40 worth of all-ages comics for only $20
$20, Limited to 50 boxes
This special set features an assorted variety of kids titles that will get any kid hooked on comics!

Revolution Lithograph (Convention Only Item)
Drawn by Fico Ossio
$10, Limited to 300 copies
Gear up for IDW’s biggest event ever, Revolution, with this impressive lithograph featuring all of the huge characters coming together in September! G.I. Joe, Transformers, Micronauts, Action Man, and M.A.S.K. are all here in this gorgeous image with Fico Ossio and Sebastian Cheng. Get it signed by the creative team including writers Cullen Bunn and John Barber!