Awake #6 – SDCC 2016 Exclusive Cover
Chased by Brute Guards, Regn, Picar, and Operi race across the ice in hopes of rescuing Chay and Bashi from the clutches of Baron Korup and his nasty henchman, Gurk.  But, as night falls, Chay and Bashi hatch their own plan for a daring escape.

Based on the mega-hit Nickelodeon animated series, Marinette is the sweetest girl in Paris. With a big crush on a boy at school, a big dream of becoming a fashion designer, and a big problem with being totally awkward, she’s just your average teenage girl, right? Did we mention she’s also the crime fighting superhero, Ladybug?

These variants are available for sale from Action Lab Entertainment, Booth 1735. 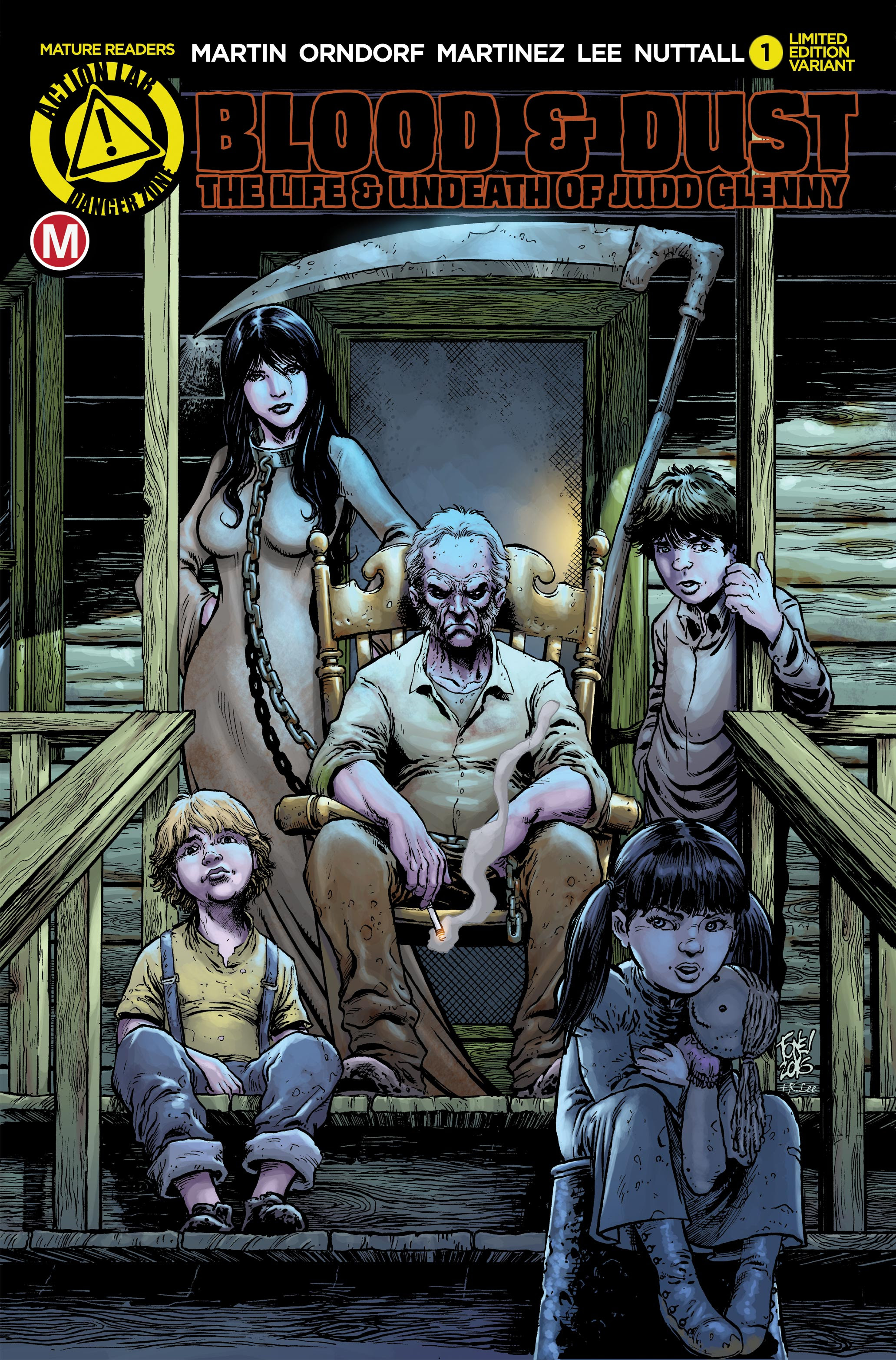 Blood + Dust #1 –  Tone Rodriguez Convention Edition
Judd Glenny is the first American vampire, once he terrorized the West as its most fearsome predator, but for more than 40 years now he’s spent his days in peace, reduced to little more than babysitter for his own vampire offspring. But when the evil that lives in the swamp surrounding the small backwater town he calls home gets ahold of one of Judd’s great grandkids, everything changes.

The Circle #1- Convention Edition
Bullied as the new kid at school, Christian finds friendship with the “Weird” kids and unknowingly joins them in an occult ritual that allows a darkness to possess each of them. Through the help of his gypsy neighbor, Christian will learn that the only way he can reverse the ritual is by killing off his circle of friends before they kill him or before the darkness takes over his soul. One by one he will face them all, and in the end he will have to make the hardest decision of his young life.

Sleigher: The Heavy Metal Santa Clause #1- Convention Edition
Sleigher is the most recent (and reluctant) heir of the centuries old lineage to bear the title of “Santa Claus.” He’d rather slam back bourbon than glasses of milk, andblast metal instead of
carols. But when evil rears its head before he’s delivered a single present, maybe he’s found his
true calling—dishing out a holiday ass whoopin’!!!

Vampblade #6 Dan Mendoza Risque Zombi-Con Exclusive
Vampblade’s in for the fight of her life… instead of facing more mindless monsters, an all-new super deadly sword wielding foe crosses blades with Katie. Who or what is Mom Spaceknight, and why is she unleashing cosmic hell on our cosplaying slayer?!? 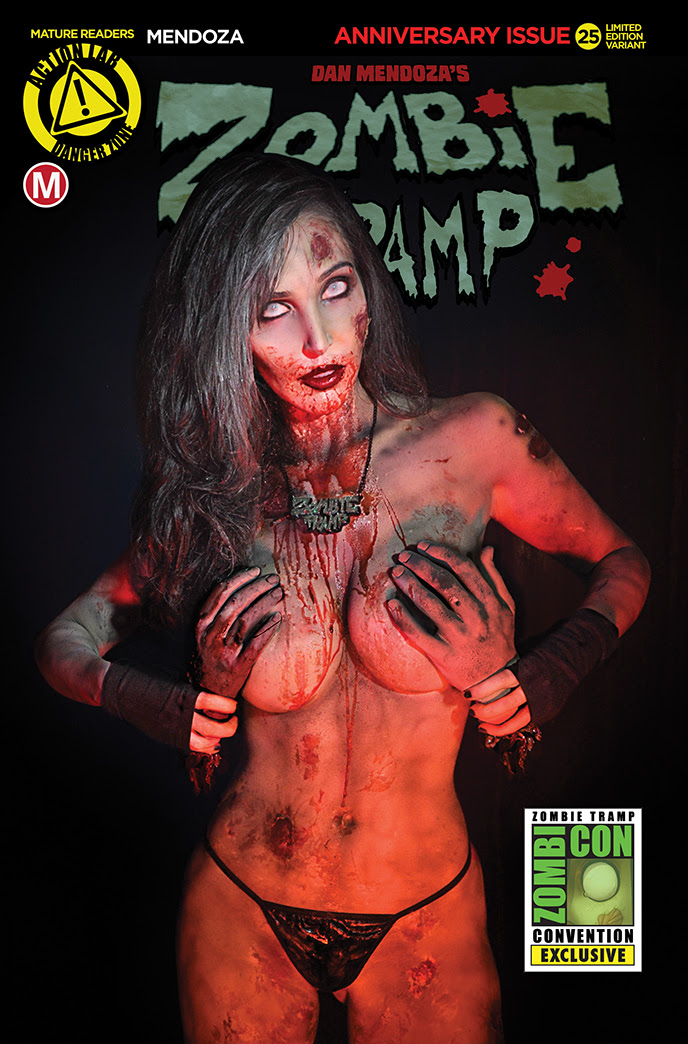 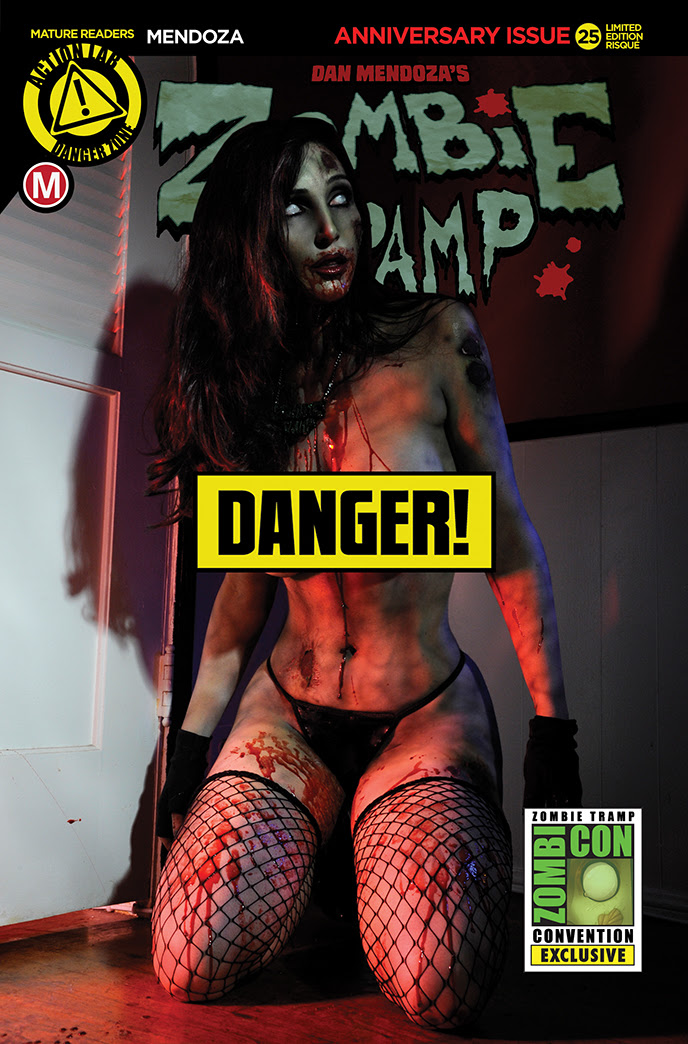 Zombie Tramp #25 – Risque Photo Variant
While JANEY sleeps in limbo to recover from the epic battle she had with The Demon Snake King, AGGA YAPPA, questions arise and she starts to once again ponder her existence. But namely XULA. Is she really around for JANEY’s benefit or does XULA have a secret agenda?

These variants are available for sale from Action Lab: Danger Zone, Booth 2006.