March 16, 2016March 16, 2016
The Taylor Network
no comment on Valiant Entertainment Joins SC Comicon 2016 with Special Guests, Exclusives, Panels and One-of-a-Kind Gallery Exhibition
This spring, the award-winning publisher behind the largest and most acclaimed independent superhero universe in comics is headed to the Palmetto State for SC Comicon 2016!

“I have been a Valiant fan since its inception,” said SC Comicon Founder and Borderlands Comics & Games Owner Rob Young. “We at SC Comicon are thrilled to have Valiant as an integral part of our show this year, featuring variant comics, figures and even an exclusive drink cup!”

First up, Valiant is joining forces with Greenville’s own Borderlands Comics & Games to present theA&A: THE ADVENTURES OF ARCHER & ARMSTRONG #1 SC COMICON 2016 EXCLUSIVE VARIANT – this is a limited edition, exclusive printing of the first issue of Valiant’s latest ongoing hit series with an all-new cover by red-hot artist Meghan Hetrick (Batman Eternal)! Visit Borderlands, the official SC Comicon store, to pick up your copy of this Valiant milestone-in-the-making as writer Rafer Roberts and superstar artist David Lafuente send Archer & Armstrong packing into the pages of the spring’s most anticipated new series!

Then get locked and loaded for the BLOODSHOT URBAN VINYL FIGURE SC COMICON EXCLUSIVE VARIANT from CKRTLAB Toys! Based on Eisner Award-winning artist Paolo Rivera’s stunning rendition of Bloodshot in the pages of the critically acclaimed series THE VALIANT, this exclusive collectible captures all the rugged power of Valiant’s top commando at 5.5 inches tall with six points of articulation! Featuring a brand-new design with Bloodshot’s signature holsters and a battle-damaged eye, no collector or completist can afford to miss this arresting interpretation of Bloodshot –available only at SC Comicon!

Plus, for the first time ever, SC Comicon is pulling back the curtain in Booth #906 to reveal THE VAULT OF VALIANT – a first-of-its-kind gallery retrospective showcasing the breathtaking original artwork that made Valiant one of the most successful publishers in the history of comics. Spanning Valiant’s 25-year history, THE VAULT OF VALIANT will feature more than 40 rarely seen covers and pieces of interior artwork from a legendary roster of artists past and present. No fan will want to miss this specially curated look inside Valiant’s prestigious history, only at SC Comicon 2016!

But that’s not all… Get ready to join a star-studded line-up of Valiant staff and creators for two must-see panels at SC Comicon 2016! You’ve heard the buzz… You’ve seen the reviews… Now find out where to start with Valiant’s award-winning superhero universe on Saturday, April 2nd at 12:00 pm in Room #203 with the “VALIANT 101: NEW FANS START HERE!” panel presentation. From X-O MANOWAR and BLOODSHOT to FAITH and DIVINITY, jump on board right here with a concise and fun-filled introduction to Valiant’s biggest, most memorable characters.

Then the action continues on Sunday, April 3rd  at 1:00 pm for the biggest crossover event of the year in Room #203 with the “VALIANT: 4001 A.D. AND BEYOND” panel presentation! Join Valiant CEO & Chief Creative Officer Dinesh Shamdasani, New York Times best-selling writer Robert Venditti (X-O MANOWAR, BOOK OF DEATH), and rising star Rafer Roberts (A&A: THE ADVENTURES OF ARCHER & ARMSTRONG) as Valiant takes you inside the epic showdown between Rai and the forces of New Japan in 4001 A.D.! Plus: don’t miss all the news that’s fit to print for Valiant’s biggest series of the year, including A&A: THE ADVENTURES OF ARCHER & ARMSTRONG, BLOODSHOT REBORN,DIVINITY II, FAITH, NINJAK, X-O MANOWAR, and many more!

We’ll see you at SC Comicon!

Hosted by Greenville’s own, Borderlands Comics & Games, SC Comicon is the Upstate’s premier comics and pop-culture convention. This family-friendly event has something for fans of all ages—from the top creators in comics and celebrity guests, to games, toys and collectibles, and cosplayers…plus plenty of events and contests for the kids. For tickets, directions, and more, visit SCComicon.com.

Valiant Entertainment is a leading character-based entertainment company that owns the largest independent superhero universe in comics. With more than 81 million issues sold and a library of over 2,000 characters, including X-O Manowar, Bloodshot, Harbinger, Shadowman, Archer & Armstrong, and many more, Valiant is one of the most successful publishers in the history of the comic book medium. Today, the company’s characters continue to be forged in publishing, licensing, film, video games, and beyond. Valiant consistently produces some of the most critically acclaimed comics in the industry and has received numerous industry awards and accolades, including a Diamond Gem Award for Comic Book Publisher of the Year. In 2015, Valiant announced a multi-picture deal to bring Bloodshot and Harbinger to the big screen as feature films. Visit them online at ValiantUniverse.com. 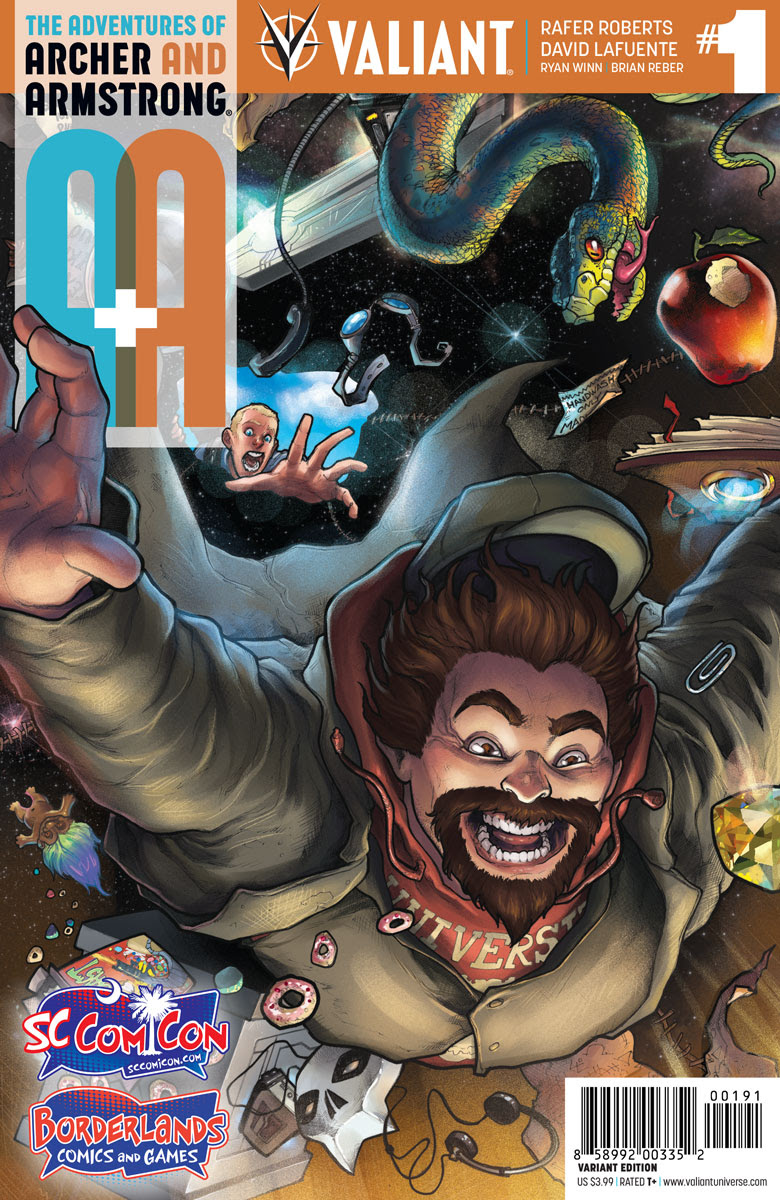 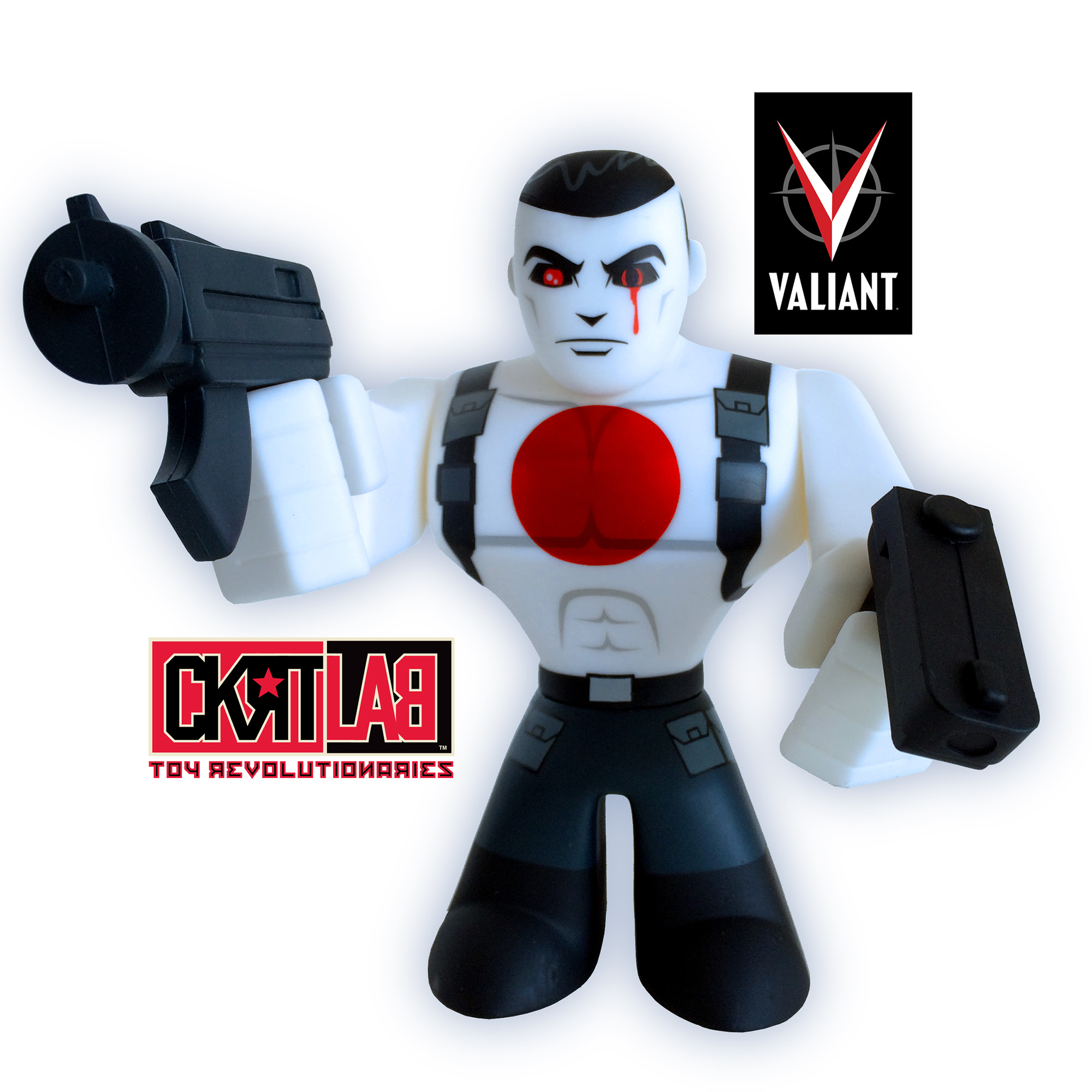 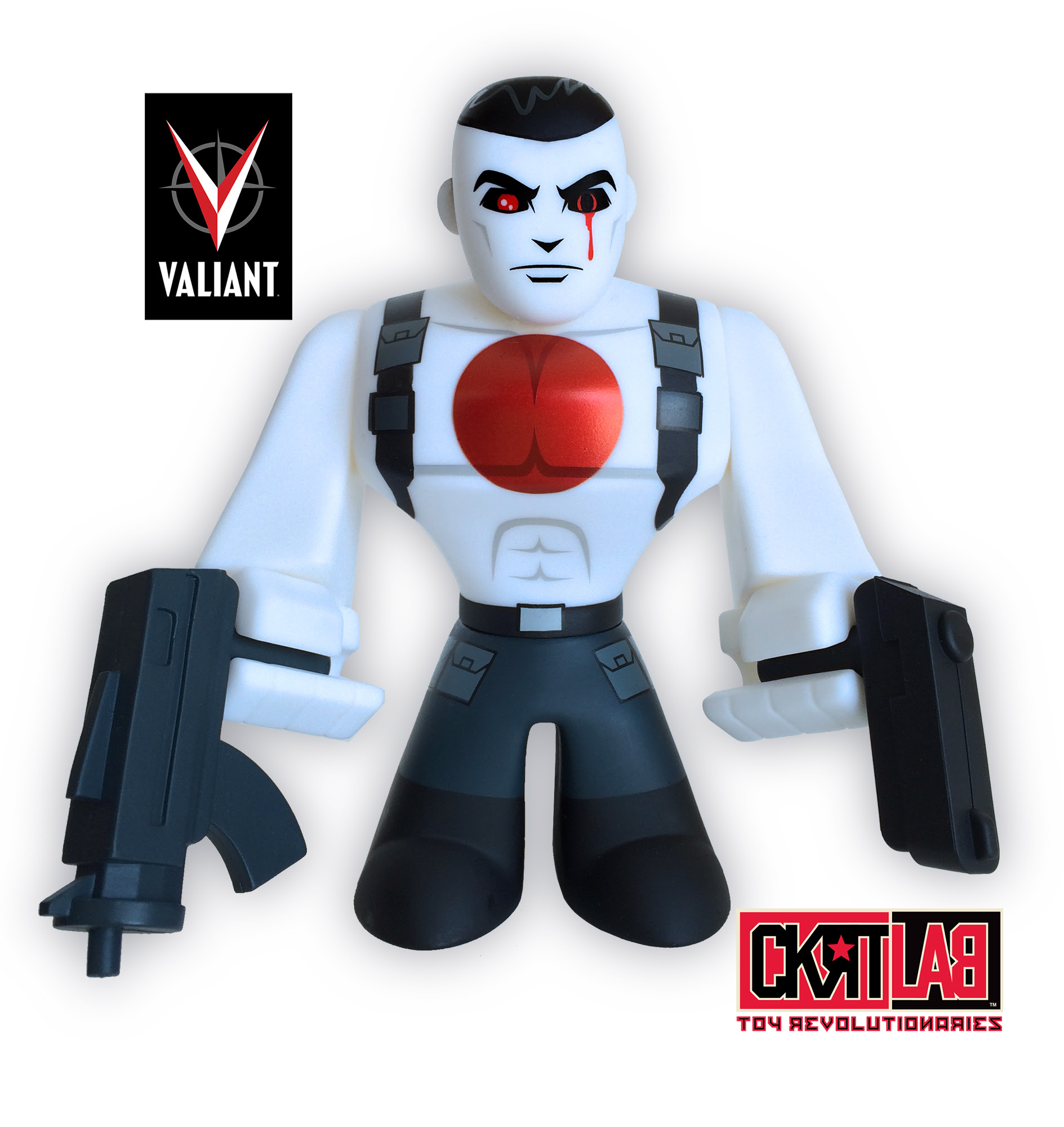