March 4, 2016March 4, 2016
The Taylor Network
no comment on Valiant and Arcade Brewery Announce ARCHER & ARMSTRONG AMERICAN PALE ALE – Debuting at C2E2 2016!
Valiant Entertainment and Chicago’s own Arcade Brewery are proud to announce a first-of-its-kind collaboration for Archer & Armstrong American Pale Ale – a refreshing craft APA set to debut this March during C2E2 2016! Just as Valiant’s award-winning adventurers prepare to mount a star-studded return with an all-new ongoing series in A&A: THE ADVENTURES OF ARCHER & ARMSTRONG #1 this March, Valiant and Arcade are gearing up to unveil a delectable new libation inspired by comics’ premier pair of history-shattering heroes and their upcoming journey into the infinite reaches of Armstrong’s bottomless satchel!

One’s an immortal libertine with a lust for the finer things, the other is a teetotaling ex-assassin with a heart of gold…and now Arcade is perfectly embodying their dysfunctional partnership with a medium-bodied ale like no other! Hopped with Columbus, Chinook, Palisade, Cascade and Mandarina, Archer & Armstrong American Pale Ale builds on a light malt profile to create a complex and wonderful citrus/tangerine character. Clocking in at 7.0% alcohol by volume, Arcade’s first Valiant-inspired ale has all the fight of a long night out with Armstrong…but is slightly sweet enough to keep Archer in the game too!

Co-sponsored by Valiant Entertainment, Arcade Brewery, Threadless, and non-profit Hope for the Day, the first 200 party-goers will receive a strictly limited A&A: THE ADVENTURES OF ARCHER & ARMSTRONG #1 ARCADE BREWERY VARIANT by artist Jay Fabares and get the chance to have it signed on-site by writer Rafer Roberts! Each attendee will also be entered in a door-prize drawing for a bottomless satchel full of A&A treasures galore, including a complete set of Archer & Armstrong trade paperbacks, a one-of-a-kind sketch cover by A&A’s own Rafer Roberts, official Archer & Armstrong swag, and much more!

Portions of the proceeds from the night will be donated to Hope for the Day supporting their suicide prevention outreach and mental health education projects. RSVP online at Facebook or Eventbrite.

Following in the footsteps of Arcade’s past comics-inspired collaborations with some of the industry’s most popular and well-respected creators, including Jason Aaron, Darwyn Cooke, Tony Moore, Jimmy Palmiotti, and more, Archer & Armstrong American Pale Ale is a limited release and will be available in Chicago area bottle shops. See a map of locations at ArcadeBrewery.com/Beers or buy online at West Lakeview Liquors, The Beer Temple, and Binny’s Beverage Depot.

Then, jump into the adventures of Valiant’s (somewhat) dynamic duo with an all-out assault on the senses in A&A: THE ADVENTURES OF ARCHER & ARMSTRONG #1 – the FIRST ISSUE of Valiant’s next flagship series from red-hot rising star Rafer Roberts and superstar artist David Lafuente! The debut story arc – “IN THE BAG” – starts here on March 16th as Archer descends into the infinite depths of his partner’s bottomless satchel to rescue Armstrong from an age-old enemy…and battles his way through an upside-down world of arcane architecture, lost treasures, and strange creatures bent on making our world their own!

MEET ARCHER: A sheltered teenage martial arts master and expert marksman who was raised for a single purpose – to kill the devil incarnate. Little did he know that this undying evil was actually Armstrong (he’s actually a pretty good guy…once you get to know him) and, since hitting the road together, these two have become great friends and even better partners.

Valiant Entertainment is a leading character-based entertainment company that owns the largest independent superhero universe in comics. With more than 81 million issues sold and a library of over 2,000 characters, including X-O Manowar, Bloodshot, Harbinger, Shadowman, Archer & Armstrong, and many more, Valiant is one of the most successful publishers in the history of the comic book medium. Today, the company’s characters continue to be forged in publishing, licensing, film, video games, and beyond. Valiant consistently produces some of the most critically acclaimed comics in the industry and has received numerous industry awards and accolades, including a Diamond Gem Award for Comic Book Publisher of the Year. In 2015, Valiant announced a multi-picture deal to bring Bloodshot and Harbinger to the big screen as feature films. Visit them online at ValiantUniverse.com.

We love beer, art and community. With our Public Brew series, we ask our community to come up with the beer name, label artwork, and even suggest attributes of the final beer. We are also collaborating with amazing comic book artists and writers to bring label and packaging design to a whole new level of awesomeness. We are currently working with the talented Tony Moore (The Walking Dead), Eisner-nominated writer Jason Aaron (Scalped, Wolverine, PunisherMAX), and graphic artists SEIBEI and Matthew Skiff. We got all kinds of other fun stuff planned too, so stay tuned. Arcade Brewery…From Conception, To Consumption™

About Hope for the Day:

Hope For The Day (HFTD) focuses on suicide prevention and mental health education through self expression platforms to achieve outreach, education, and prevention. It’s ok not to be ok, have hope.

Hope For The Day’s vision is to bring communities together in order to shed light on the unfortunate topics of depression and suicide. We wish to share the deeply personal connection creativity can have in fostering an environment of positive change to the suffering. We view art and music as a highway to the heart; two things that have allowed humanity to express our emotions for milennia. We wish to reduce suicide rates while inspiring and empowering those who need help, to get help. Most importantly, we have the vision to use creative expression as a medium to educate communities while simultaneously striving to prevent suicide.

You are Threadless. You make the ideas, you pick what we sell, you’re why we exist.

Everything we do gives you, and all the creative minds in the world, more opportunities to make great art. We started printing on t-shirts and then we realized tons of products make great canvases. We seek out these canvases, so you can continue to make and pick the best art. The weird art. The geeky art. The beautiful art. And every time you buy from us, you’re supporting great art too.

We love helping art unknowns become art totally-knowns, which is why every single one of our products carries an artist’s name. We support our artist community in every way possible, whether it be through our our annual creative awards, our commission-based award system, or simply by tweeting their name to the world. Lots of our artists have even gone on to start their own companies, and we believe that’s a success.

We’re based in Chicago and have been since we opened our doors in 2000, and we couldn’t love our hometown more. 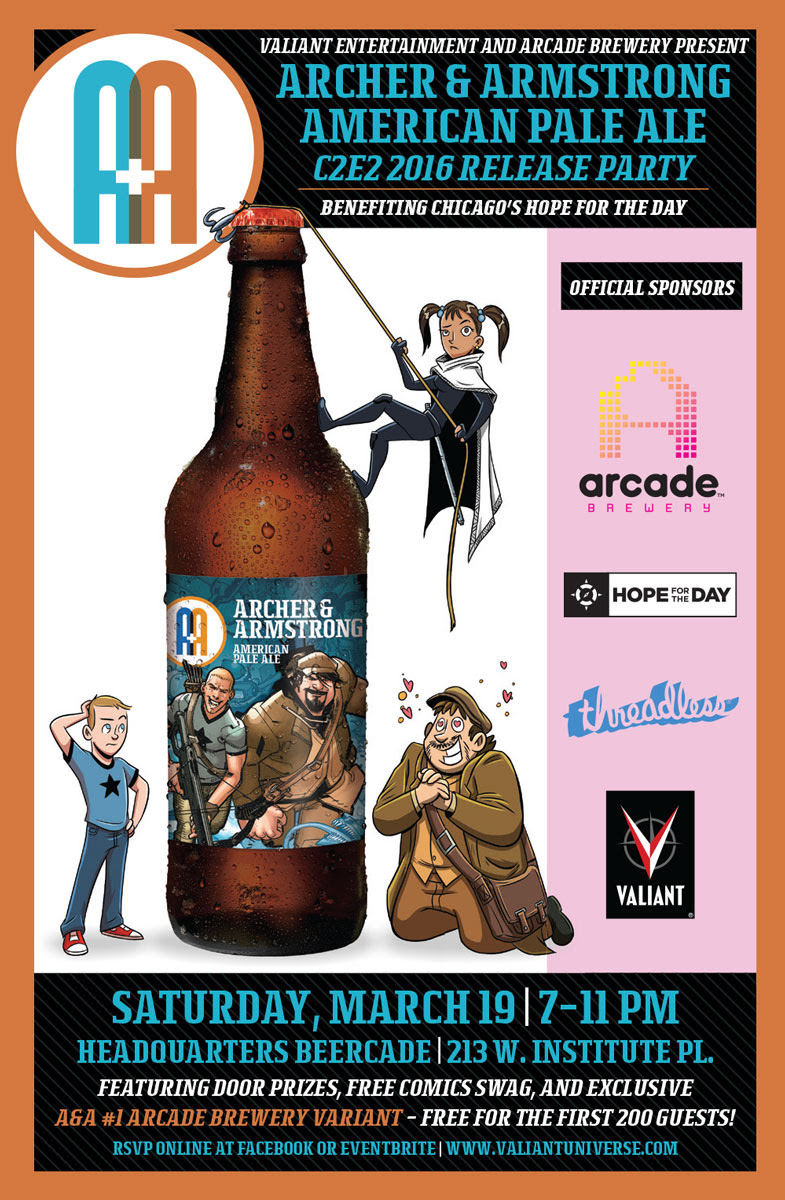 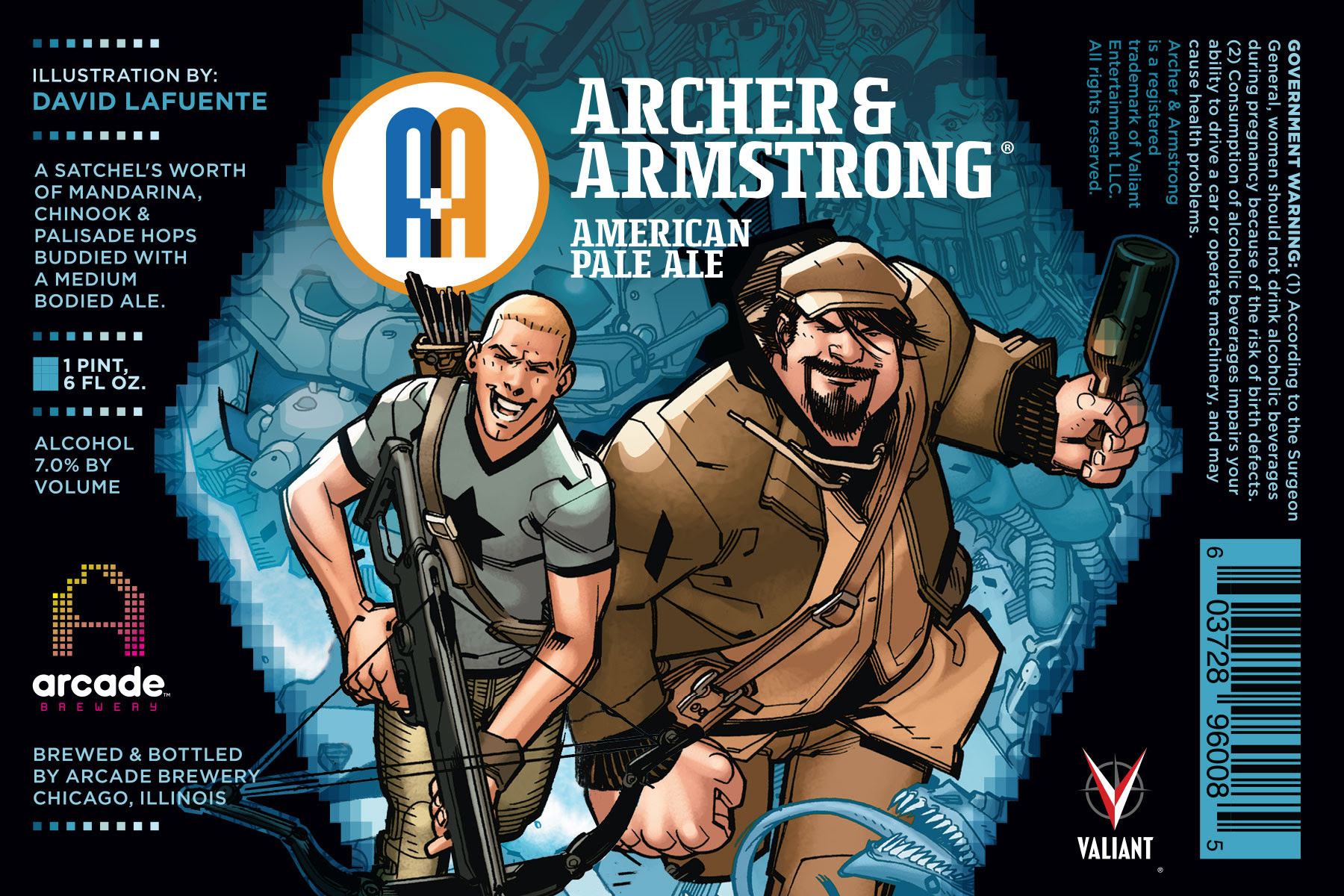 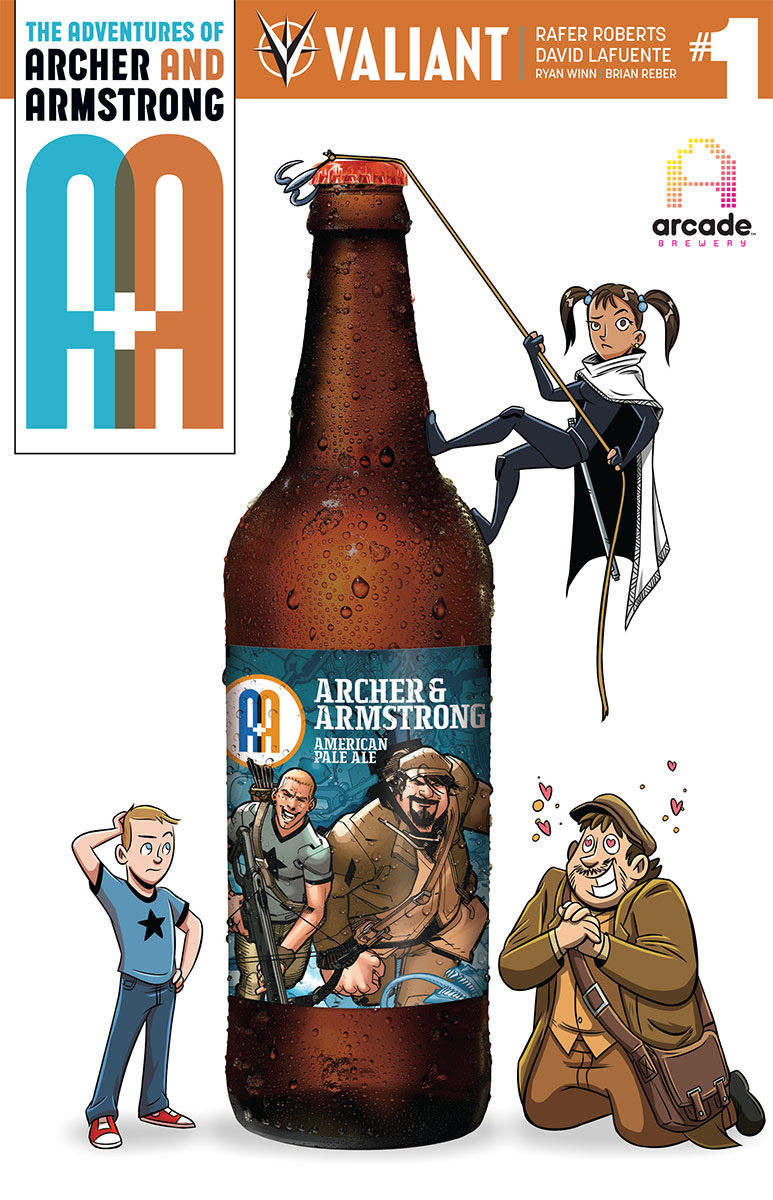 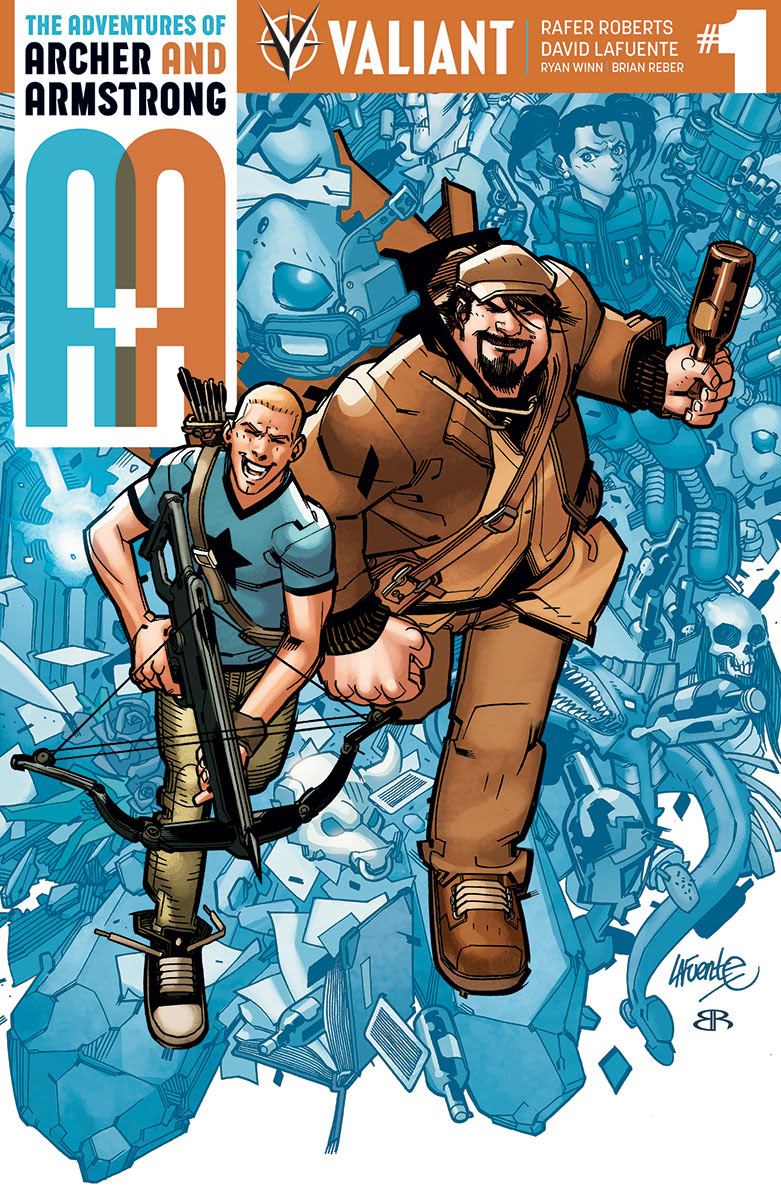 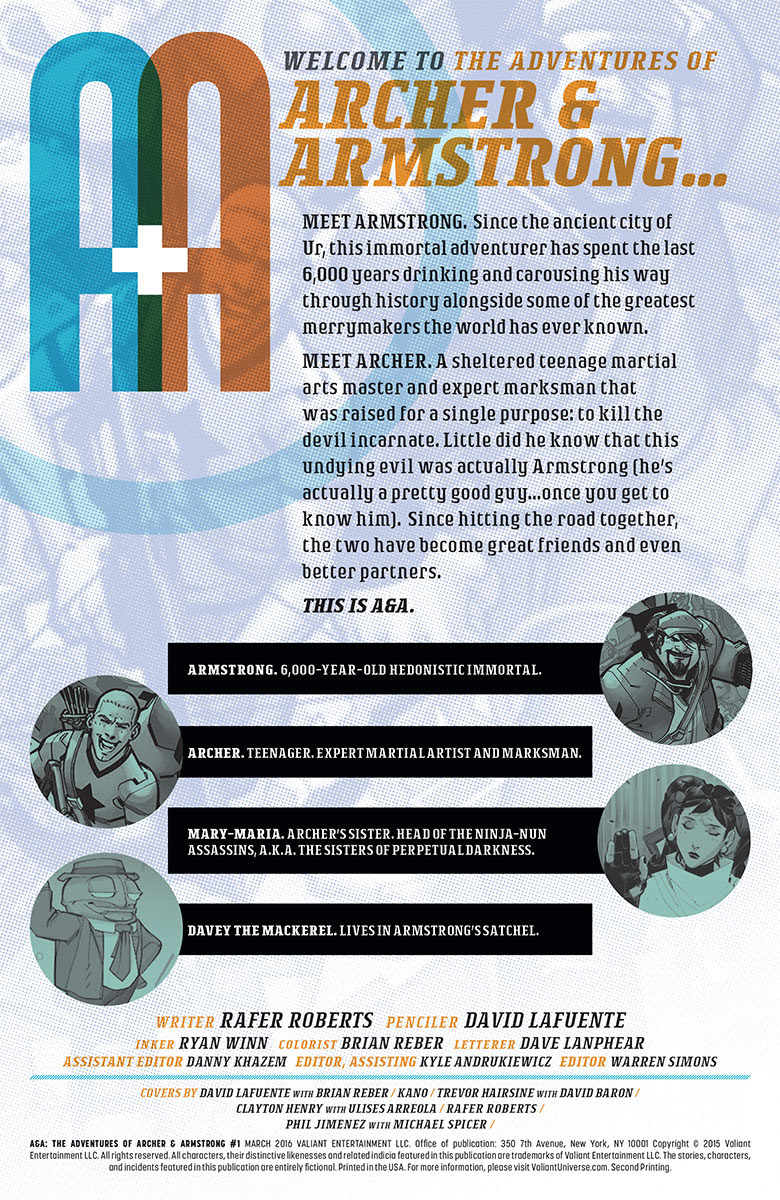 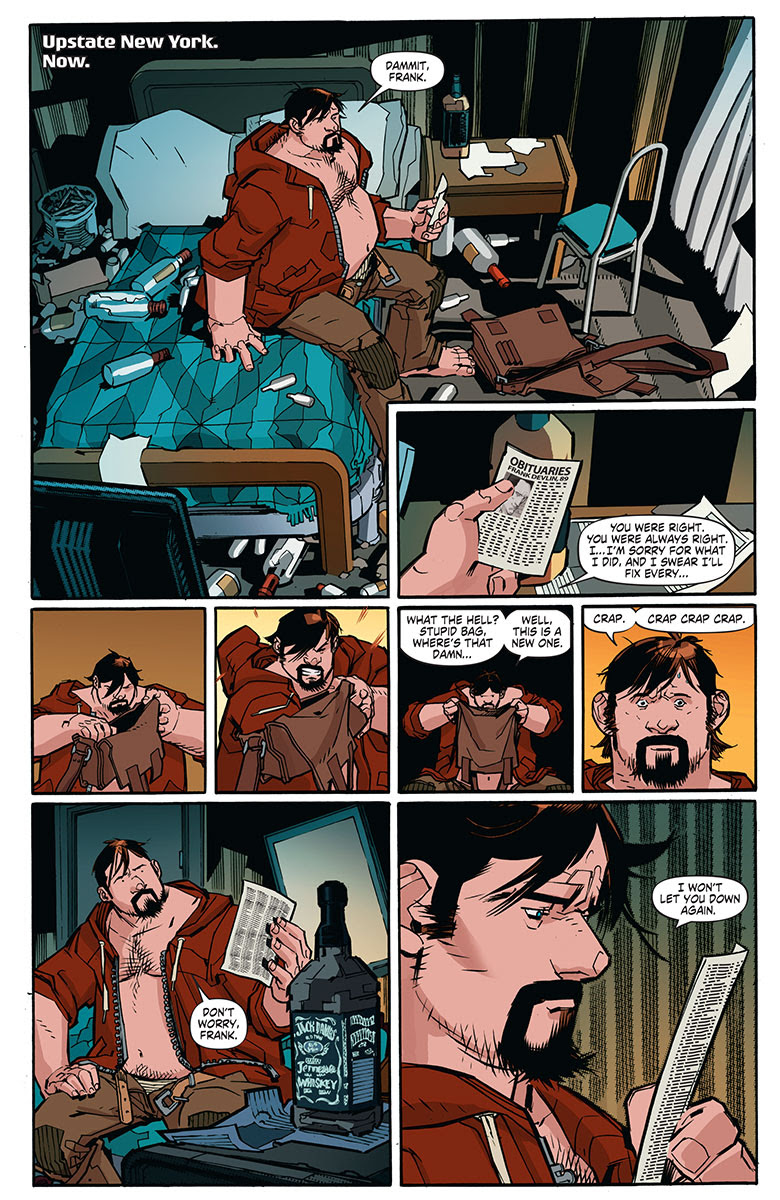 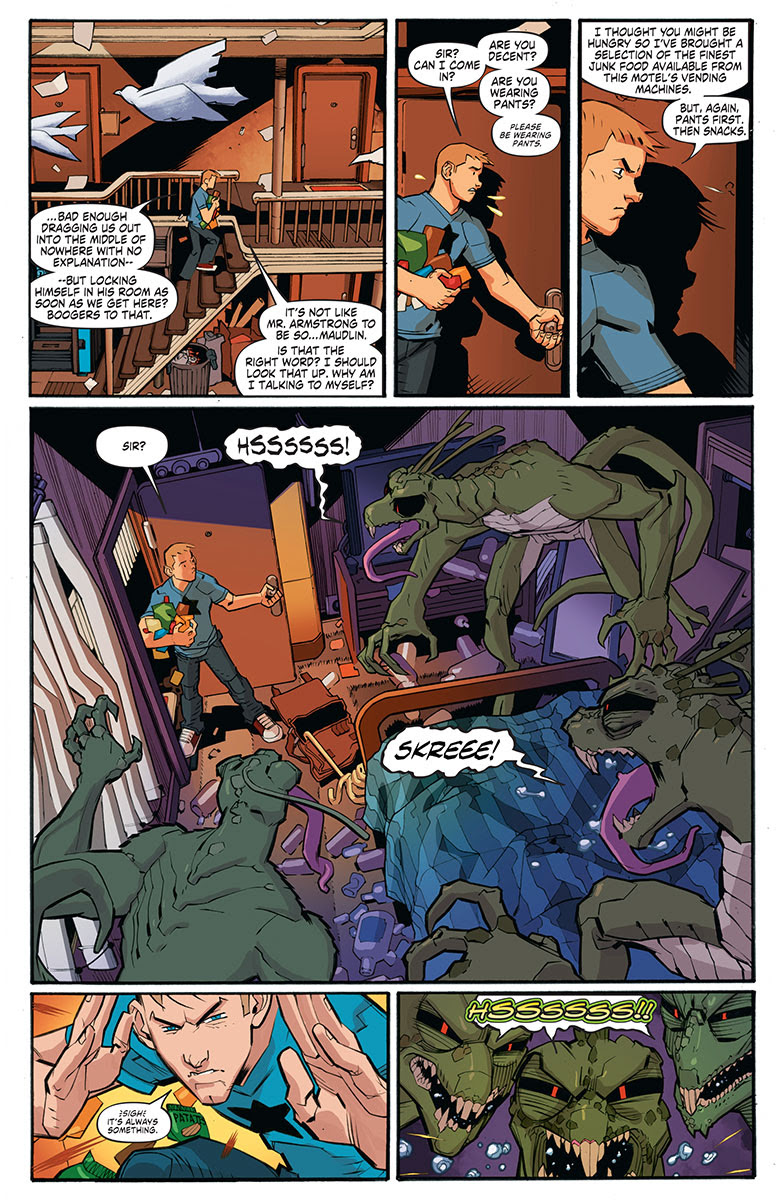 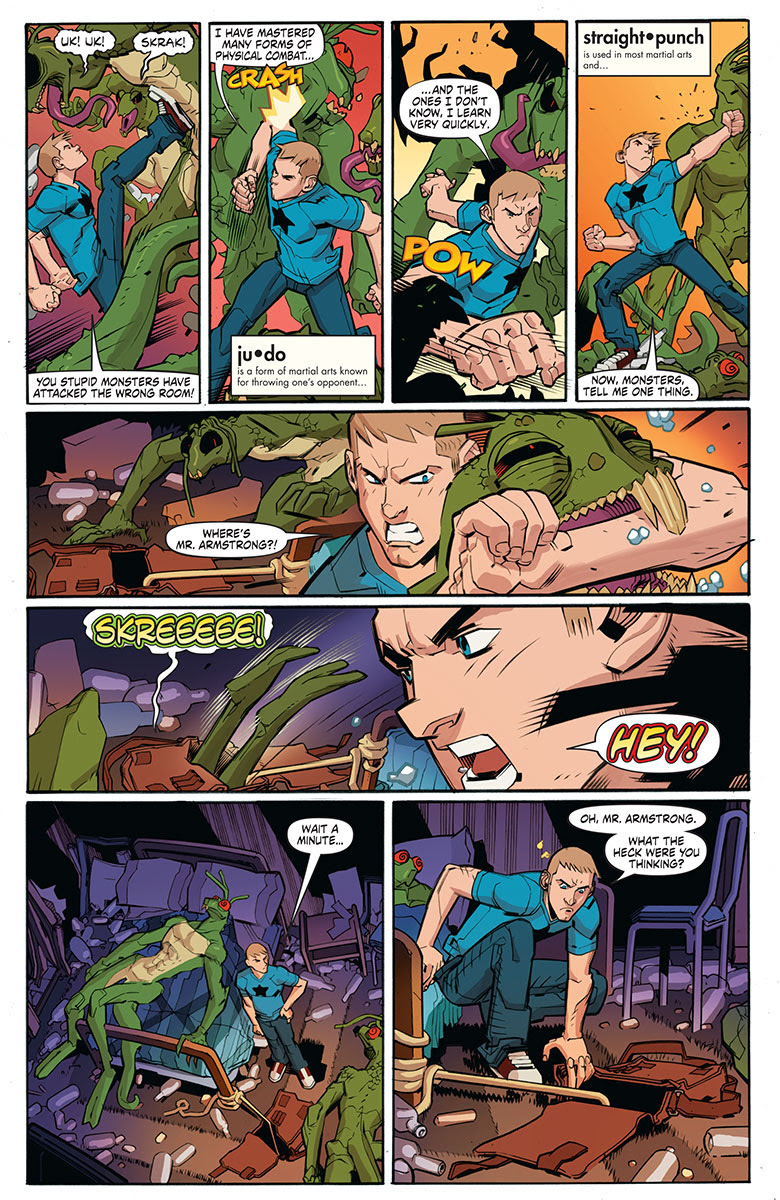 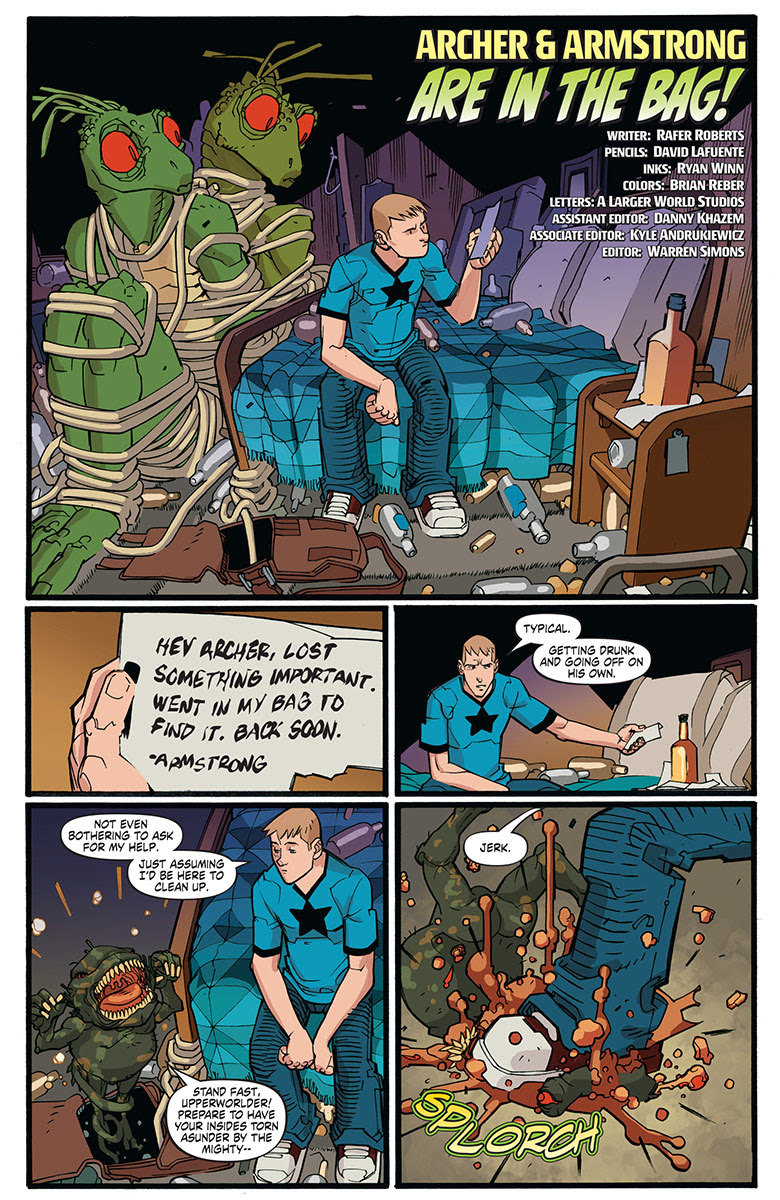 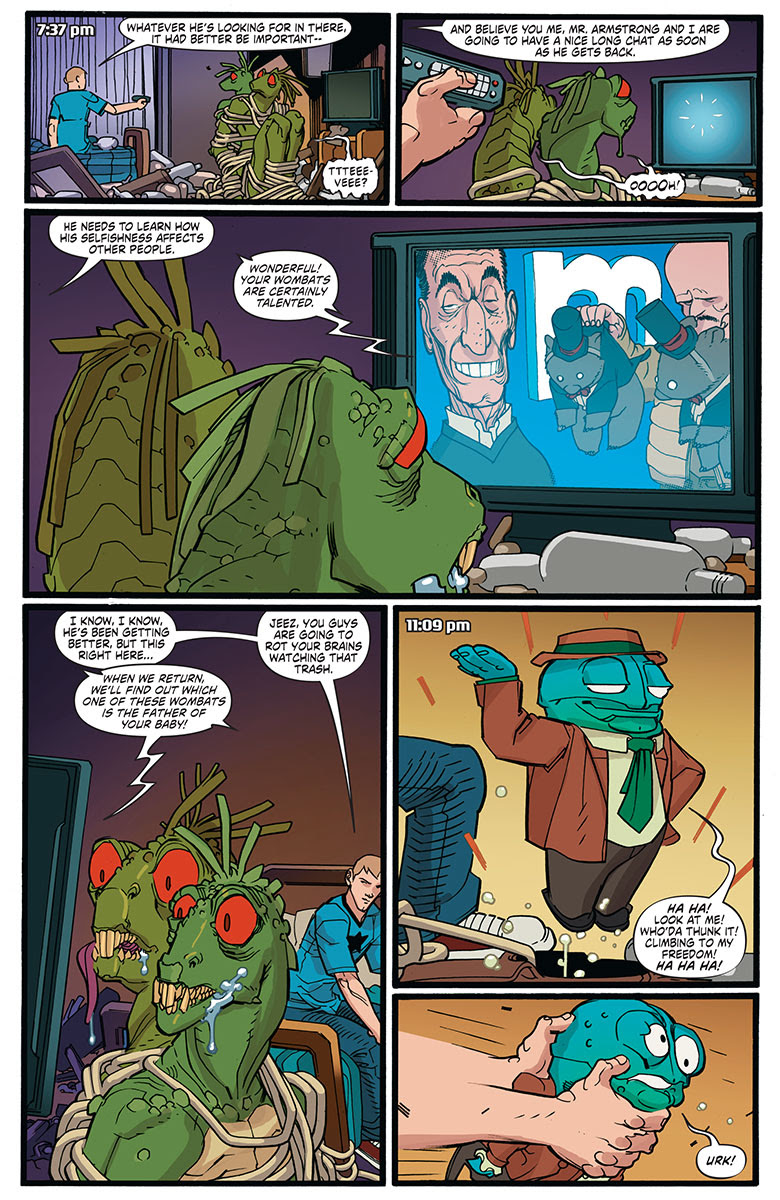 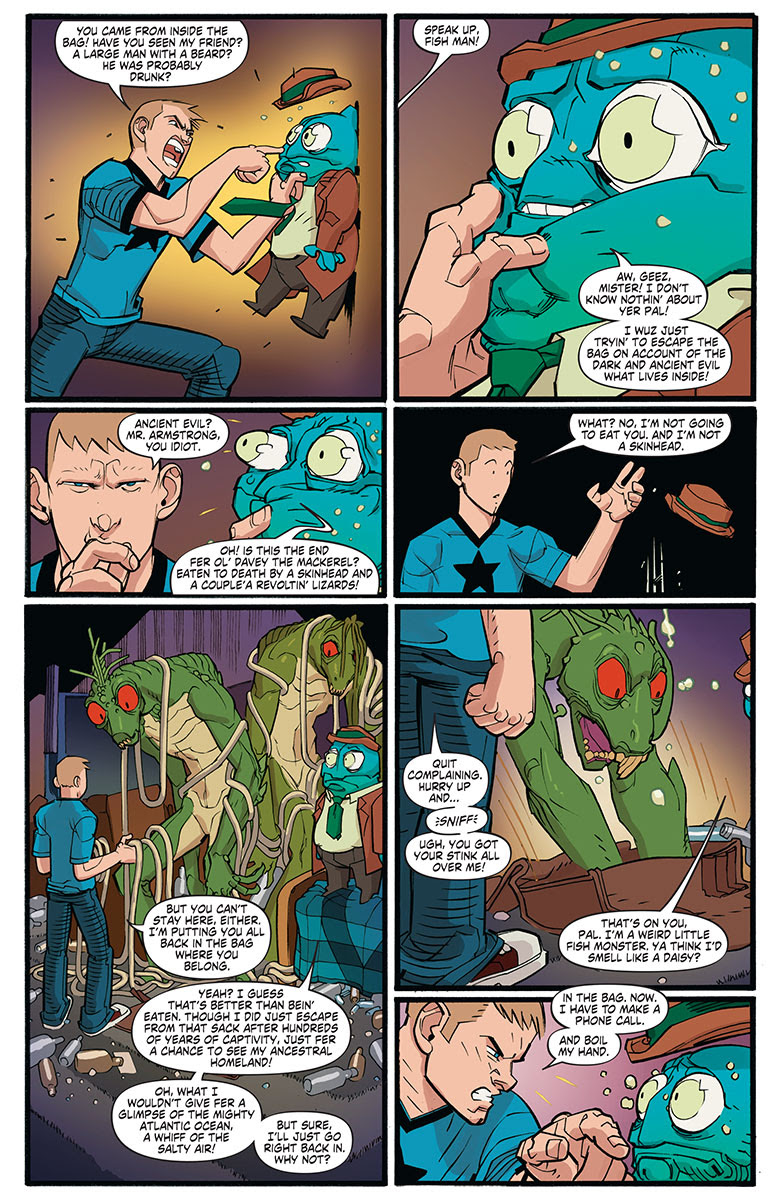 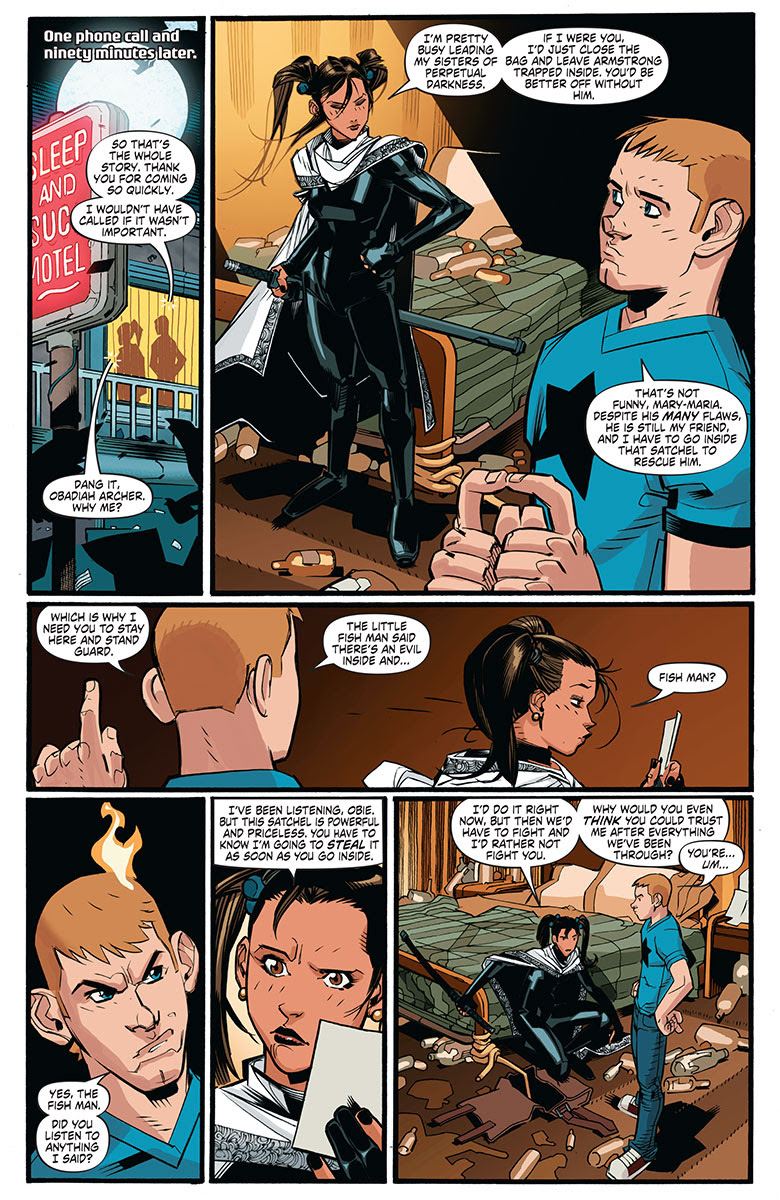 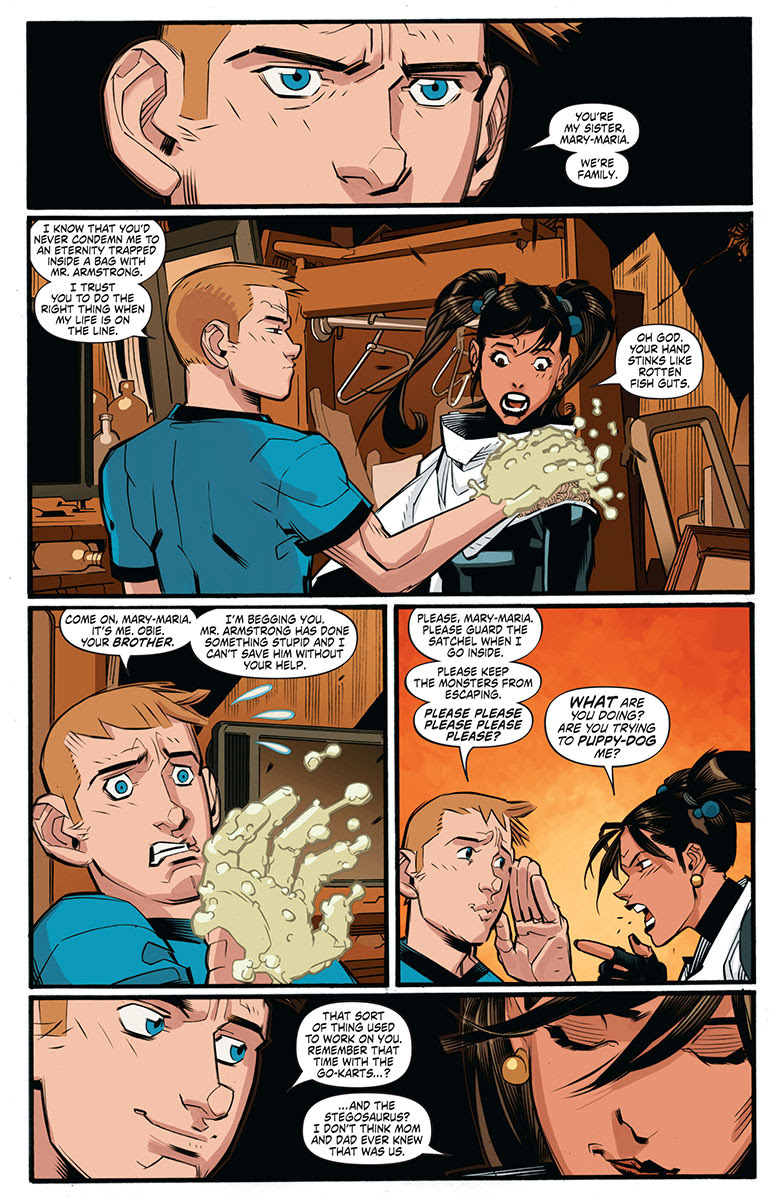 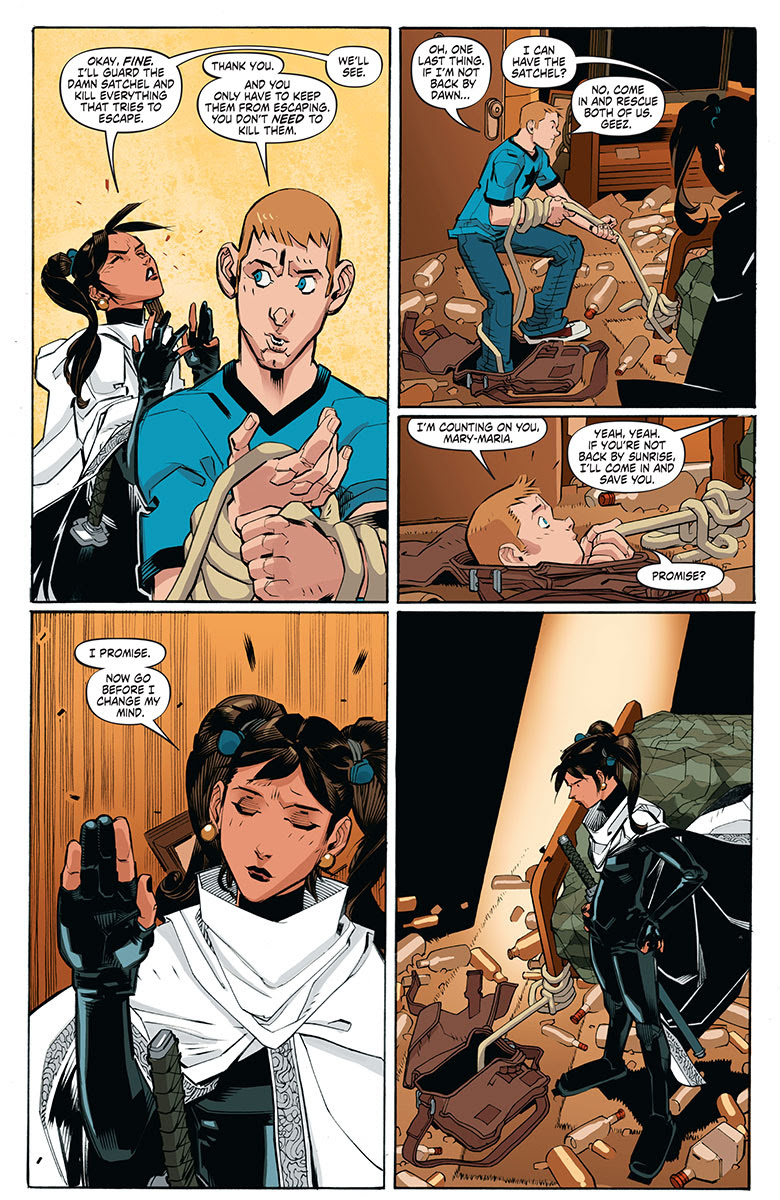 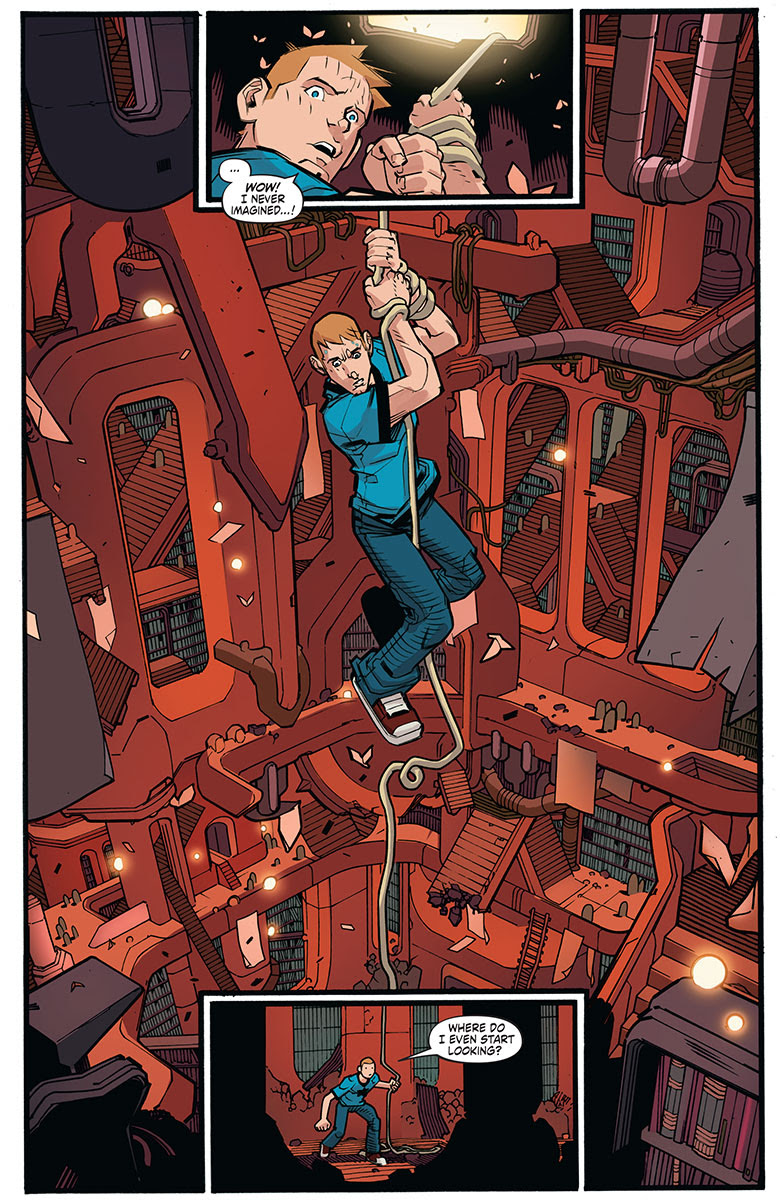