February 25, 2016
The Taylor Network
no comment on Valiant’s Sold-Out FAITH #1 Soars Even Higher Into An Unprecedented Fourth Printing!
Valiant’s FAITH #1 is the first certified hit of 2016! As word of mouth continues to spread – fromThe Huffington Post to The Today Show – the high-flying hero at the forefront of the Valiant Universe is zooming into yet another sold-out printing!
Valiant is proud to announce that FAITH #1 (of 4) – the FIRST ISSUE of the best-selling, new limited series by rising star Jody Houser (Orphan Black) and acclaimed artist Francis Portela (Green Lantern) and Marguerite Savauge (DC Comics Bombshells) – has once again sold out at the distributor level and will return to store shelves on March 30th with the FAITH #1 (of 4) FOURTH PRINTING!

After more than two decades as the heart and soul of Valiant’s acclaimed HARBINGER team, Faith “Zephyr” Herbert’s spotlight-stealing solo debut has enraptured a new generation of fans, critics, retailers, and international media outlets – and now is the perfect time to jump on board!

Now, one of the fastest-selling, female-fronted solo series in the history of comics is leveling up with an unprecedented fourth printing for the breakout sensation of the New Year. Find out why fans everywhere are saying FAITH #1 soars above the rest:

“✮✮✮✮✮… [A] truly stunning book… This is a superhero done right, folks, and that’s something we can all appreciate.” – Nerdist

“✮✮✮✮✮… You will have faith in FAITH. The first page is enough to get you hooked.” – First Comics News

“✮✮✮✮½… FAITH is yet another utterly brilliant character from a company that seems to thrive on brilliant characters, and this is an upbeat, positive and – above all – a truly fun book that deserves to be seen by as many eyes as possible.” – Big Comic Page

“✮✮✮✮½… Absolutely refreshing… We need more stories like this in comics.” – Comicosity

“✮✮✮✮… [A] blast of fresh, companion field-fueled air… Welcome to the big leagues, Faith. You’ve made it.” – IGN

“✮✮✮✮… There has never been a character in comic books like Faith Herbert… A propulsive, character-centric story that gives us enough to leave us wanting to hang out with Faith and her diverse co-stars more.” – Newsarama

“✮✮✮✮… [FAITH] makes her character even more likeable, if such a thing were even possible.” –Comic Book Resources

Orphaned at a young age, Faith Herbert – a psionically gifted “psiot” discovered by the Harbinger Foundation – has always aspired to greatness. But now this once-ordinary teenager is taking control of her destiny and becoming the hard-hitting hero she’s always known she can be – complete with a mild-mannered secret identity, unsuspecting colleagues, and a day job as a reporter that routinely throws her into harm’s way! Well, at least she thought it would… When she’s not typing up listicles about cat videos, Faith makes a secret transformation to patrol the night as the City of Angels’ own leading superhero – the sky-soaring Zephyr!

But flying solo is going to be tougher than she ever thought when Zephyr uncovers a deep-rooted alien conspiracy. Two-bit burglars and car thieves are one thing, but when the world needs a hero to stave off a full-blown extraterrestrial invasion, will Faith find herself in over her head…or ready for her biggest challenge yet?

On March 30th, the worldwide celebration of comics’ next great icon gets even bigger when the FAITH #1 (of 4) FOURTH PRINTING hits comics shops everywhere – on shelves with FAITH #3 (of 4)!

Plus: Don’t miss the next pulse-pounding chapter of Faith’s first adventure this week in FAITH #2 (of 4)– on sale February 24th! Contact your local comics retailer to reserve your copy today! 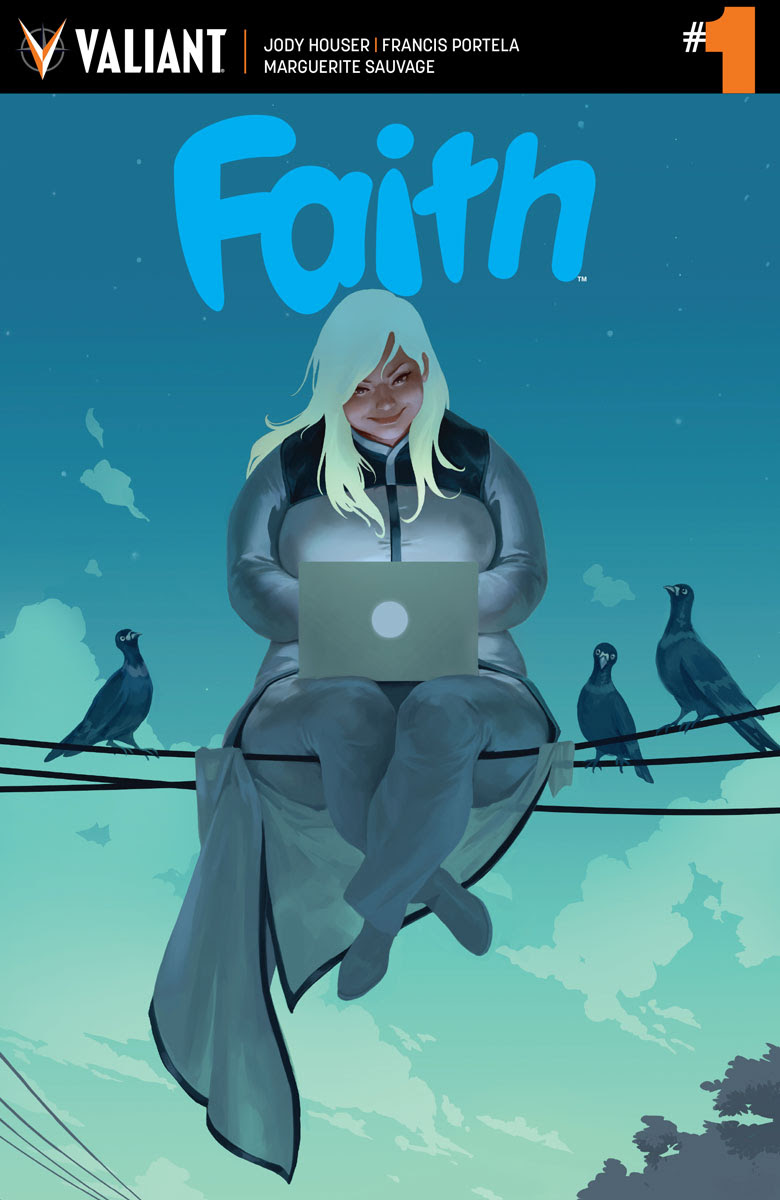 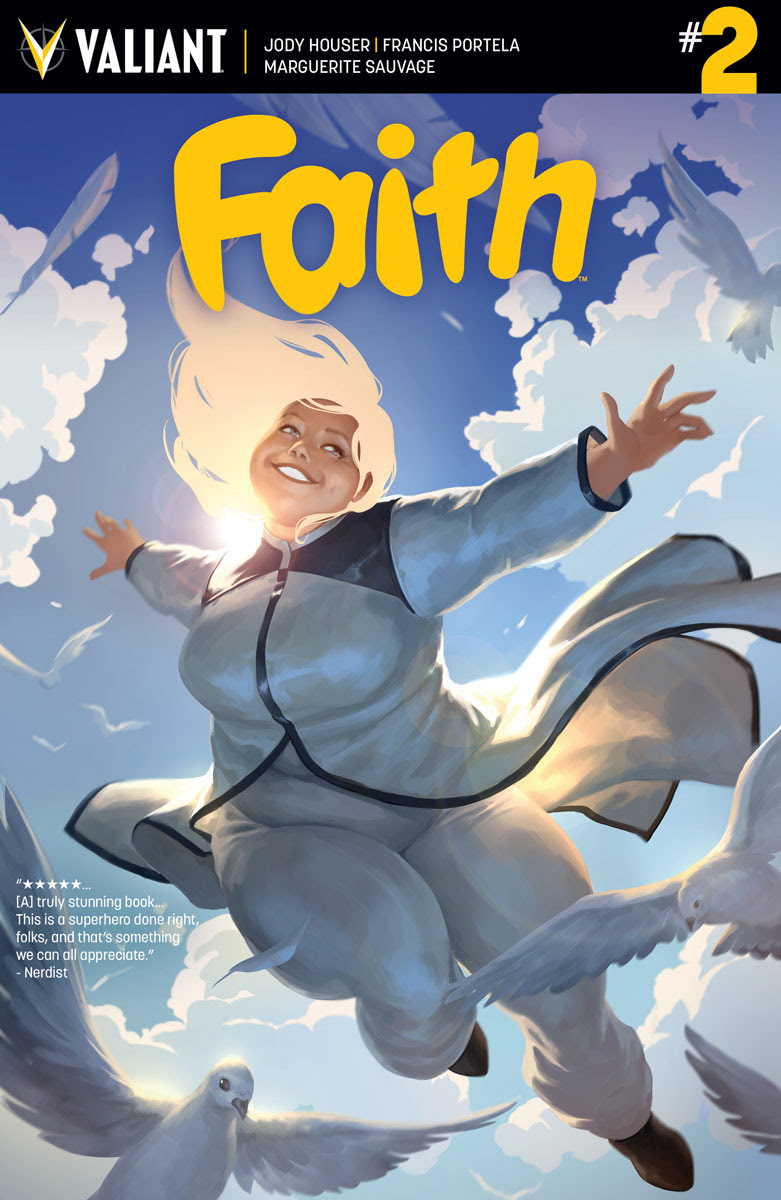 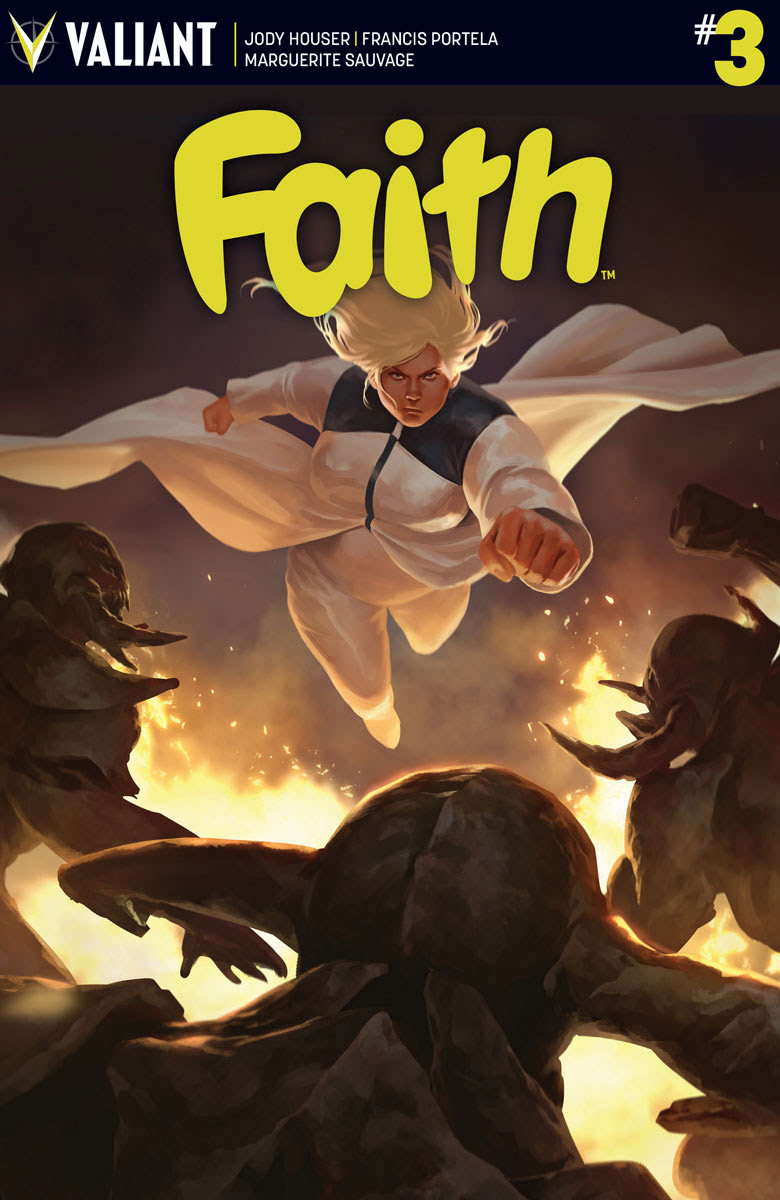 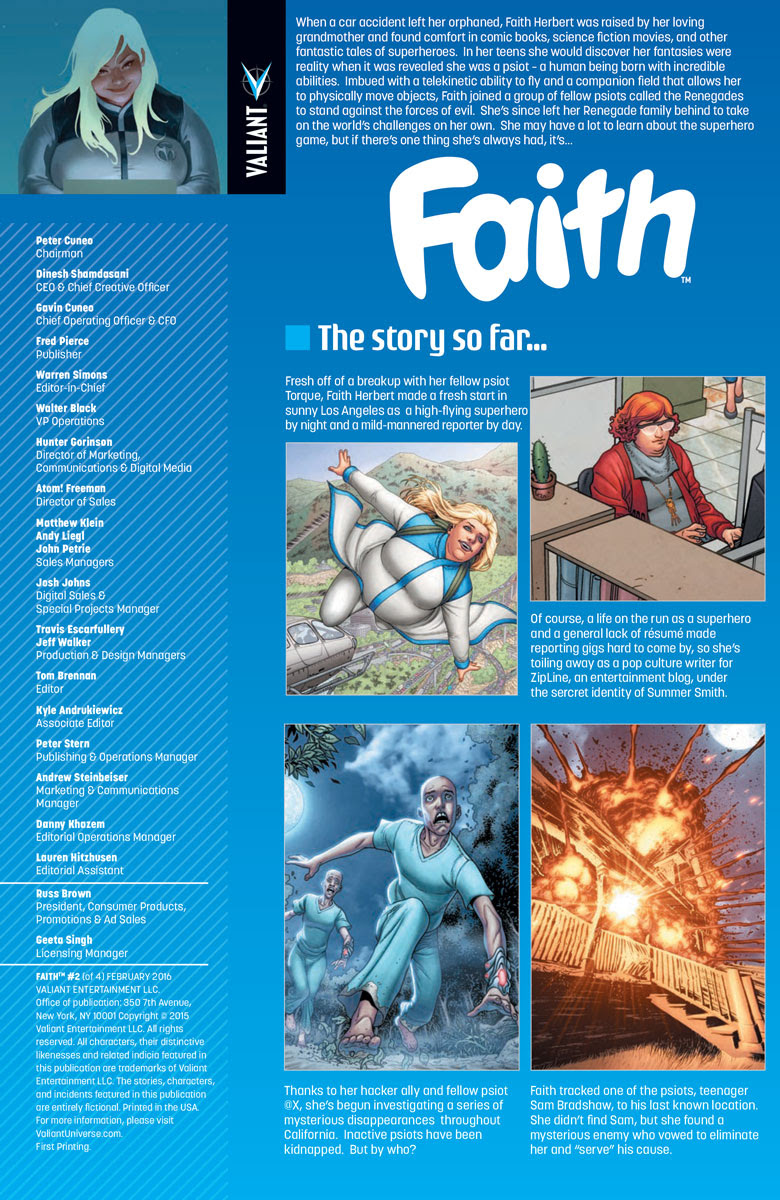 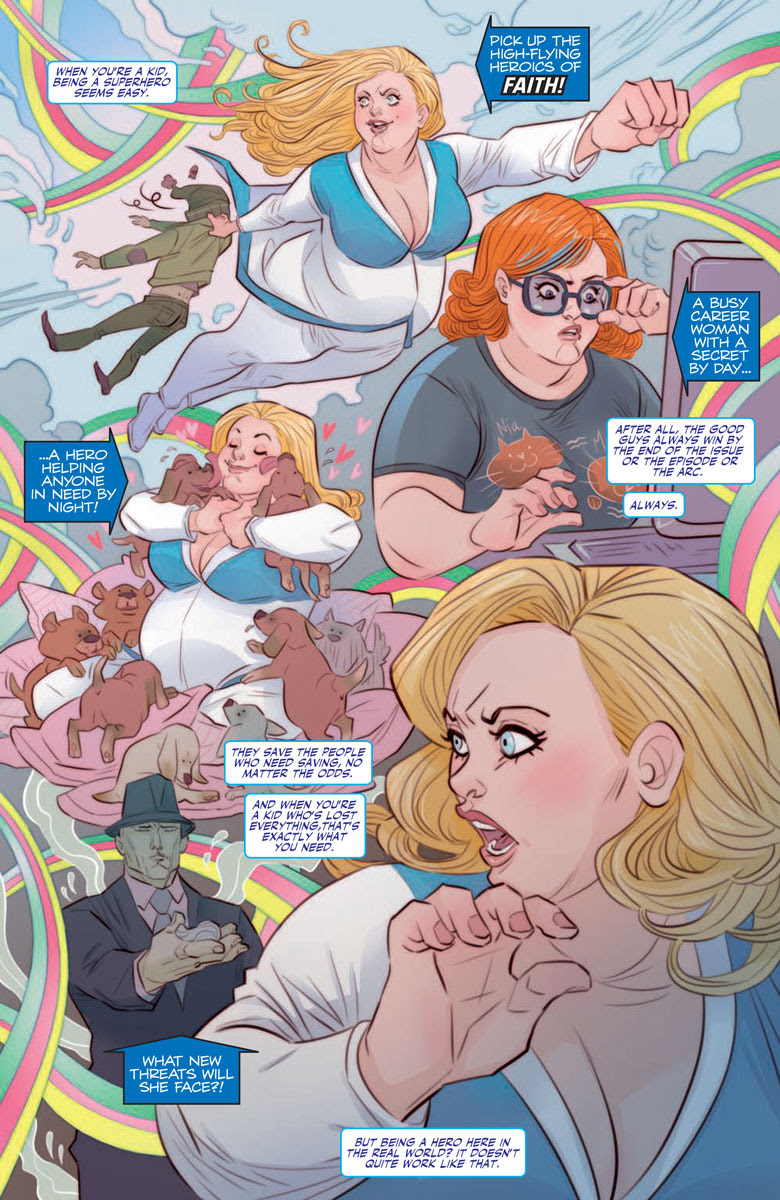 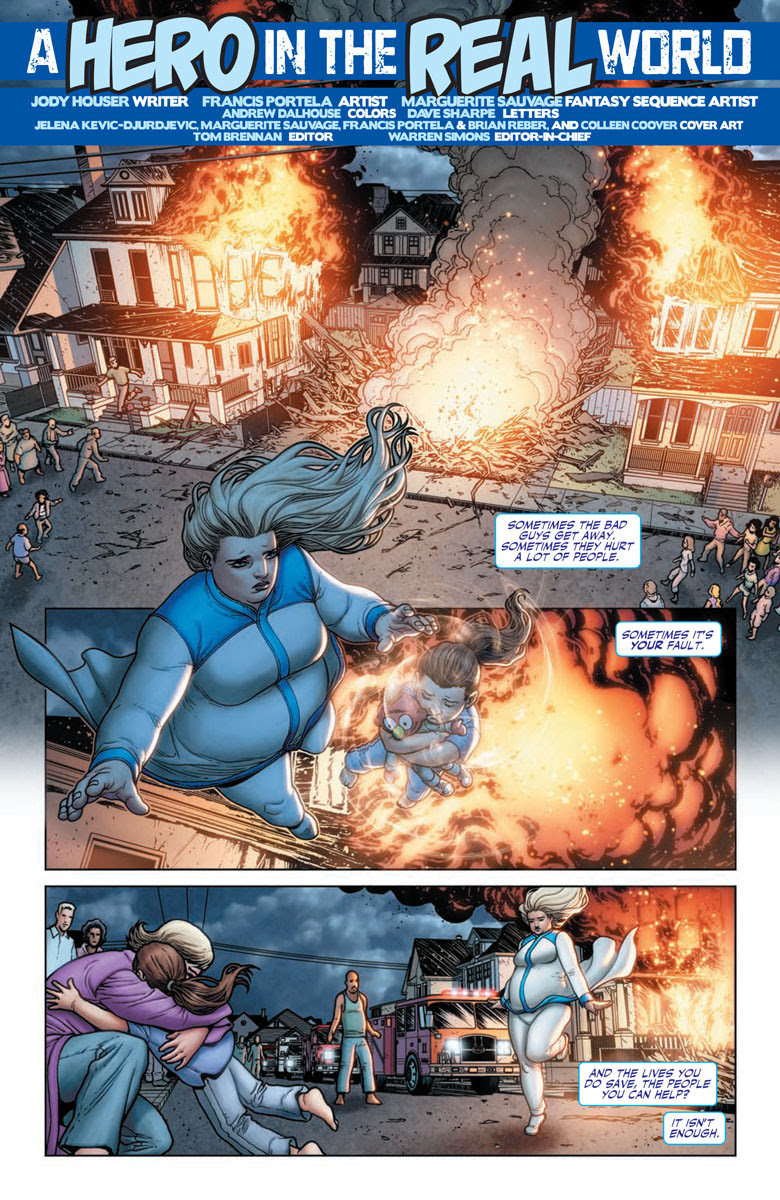 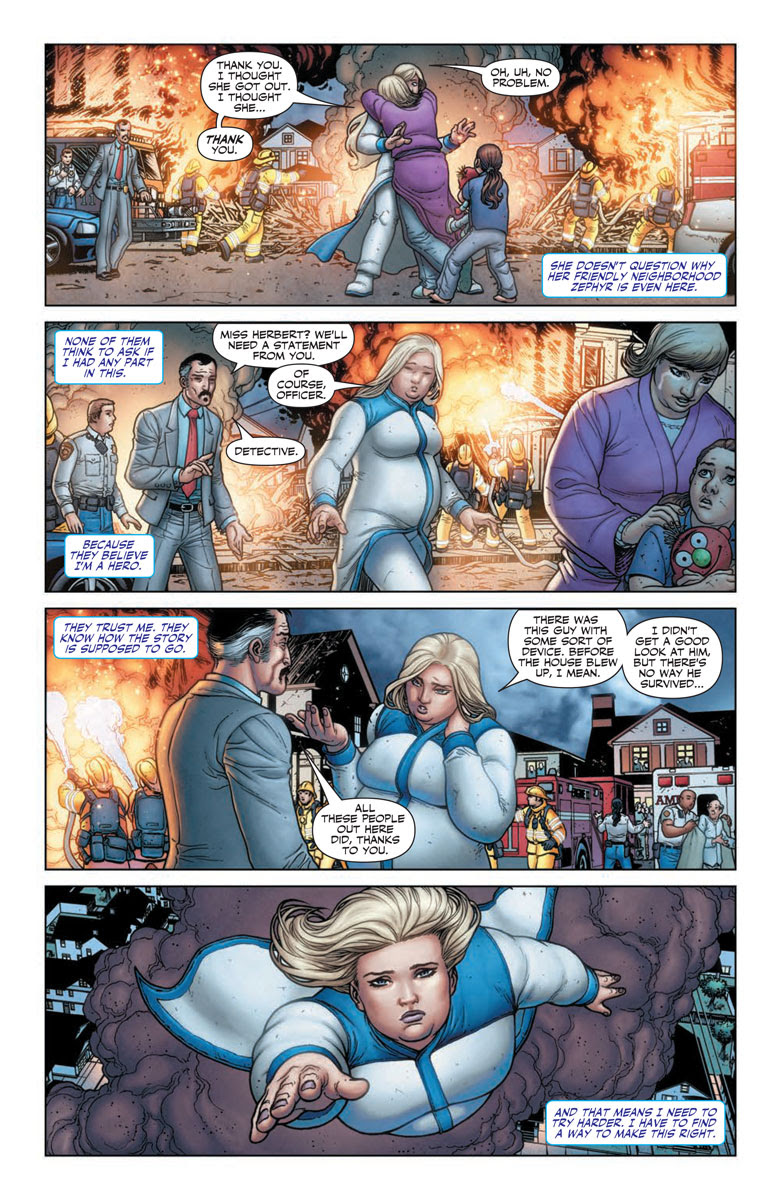 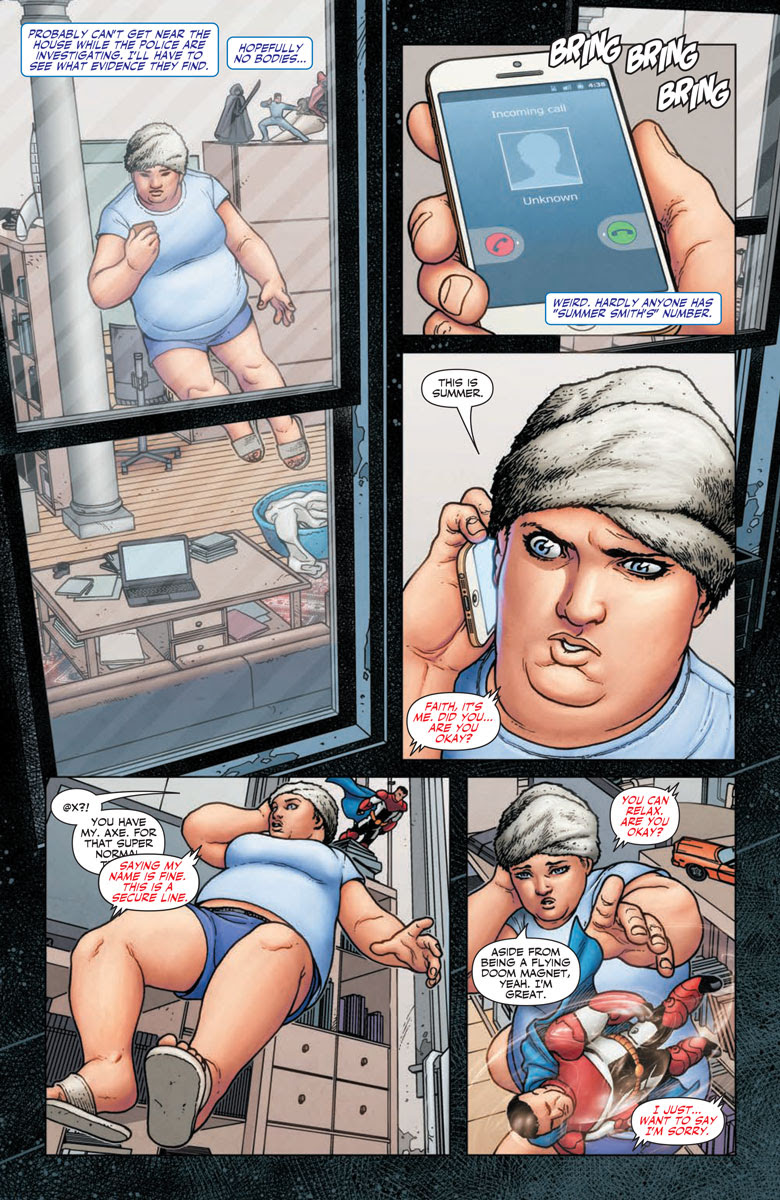 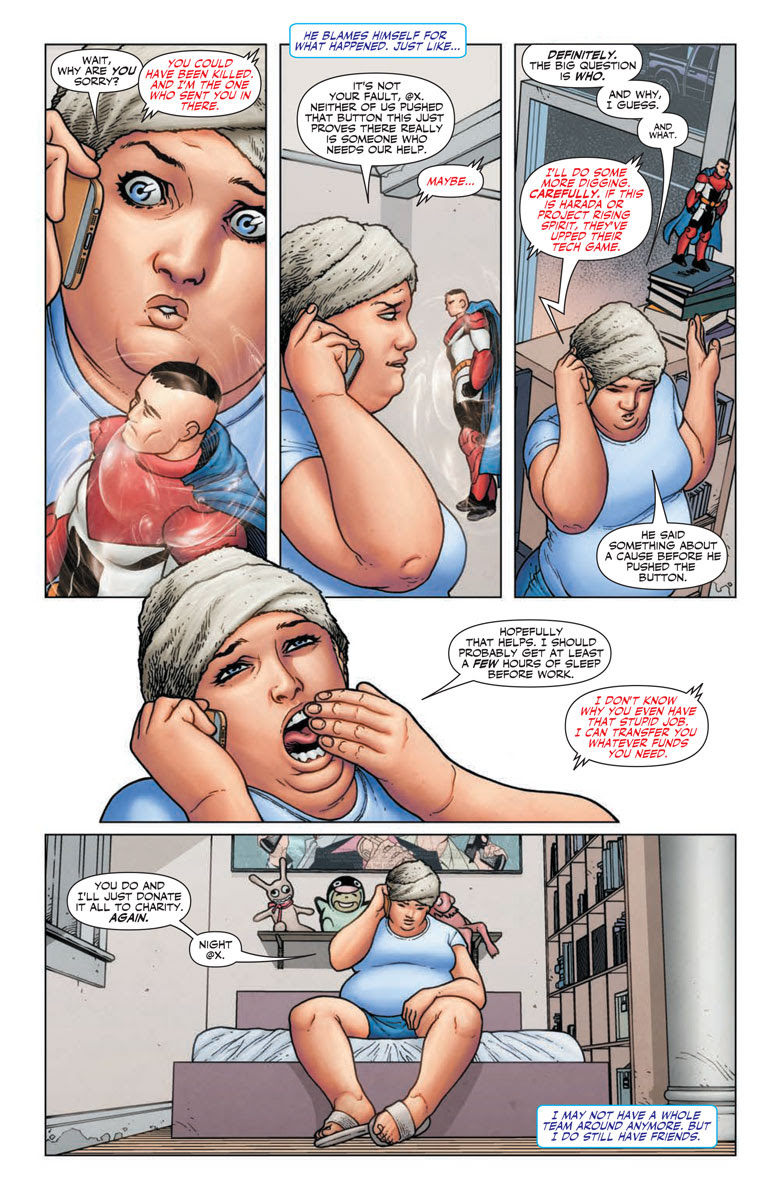