Valiant Comes to Instagram with Never-Before-Seen Artwork and Contest

Valiant Comes to Instagram with Never-Before-Seen Artwork and Contest 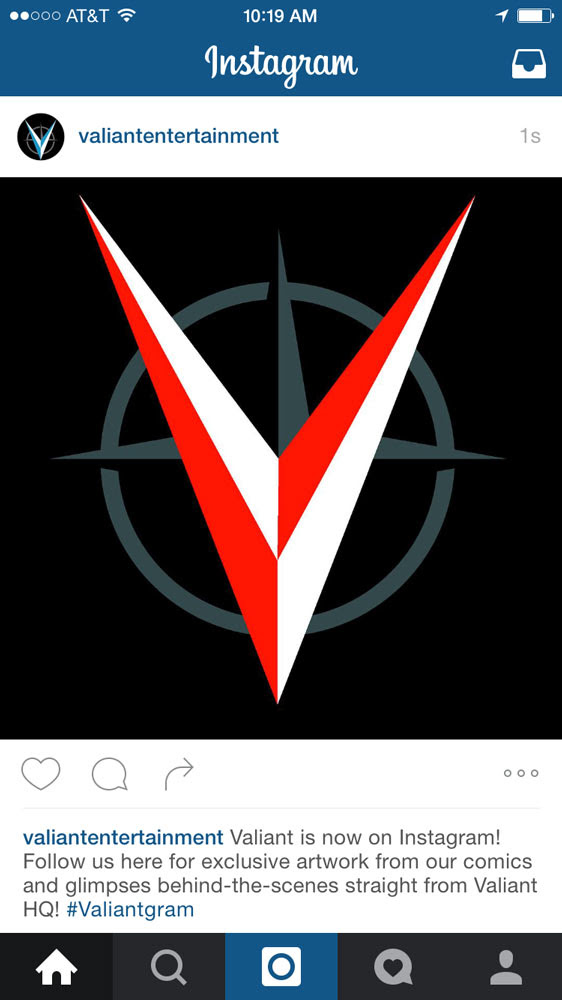 Valiant is proud to announce the launch of the all-new official Valiant Entertainment Instagram, beginning today with a day-long showcase of artwork for Valiant’s biggest upcoming releases, and your chance at a wealth of Valiant collectibles with the WRATH OF THE ETERNAL WARRIOR Mega-Prize Pack Contest!
Beginning at 12 noon ET, the official Valiant Entertainment Instagram will exclusively debut never-before-seen pages and panels from some of its most anticipated new series launches and jumping-on points. Look for the official debut of new art from:
Then, don’t miss your chance to enter the WRATH OF THE ETERNAL WARRIOR Mega-Prize Pack Contest! In anticipation of WRATH OF THE ETERNAL WARRIOR #1 – in stores November 18th – the official Valiant Entertainment Instagram is giving lucky fans the chance to win an overstuffed prize pack containing a limited edition, custom-engraved WRATH OF THE ETERNAL WARRIOR battle axe, alongside a special trove autographed collector’s items, featuring the Eternal Warrior and the rest of Valiant’s most formidable heroes! Any Instagram user 18 years or older who “follows” the official Valiant Entertainment Instagram account before Thursday, November 12 at 12 noon ET will be entered to win! Entries are limited to one per Instagram account, and only one prize pack will be awarded. The winner will be announced and notified on Thursday, November 12 at 12 noon ET.

Beginning today, get an exclusive look at the next monumental stories coming to the Valiant Universe in 2016 and beyond  – including WRATH OF THE ETERNAL WARRIOR, NINJAK, FAITH, BLOODSHOT REBORN, and A&A – only by following the official Valiant Entertainment Instagram!