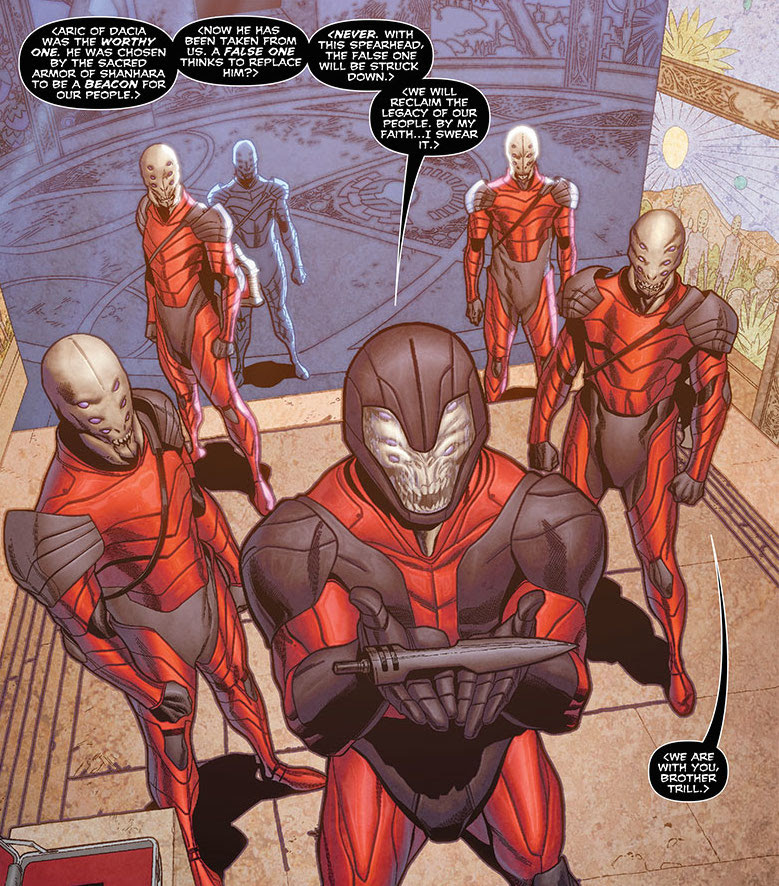 BOOK OF DEATH: THE FALL OF X-O MANOWAR #1
Written by ROBERT VENDITTI
Art by CLAYTON HENRY
Cover A by CARY NORD (AUG151762)
Cover B by STEPHEN SEGOVIA (AUG151763)
Variant Cover by RYAN LEE (AUG151764)
Variant Cover by DIEGO BERNARD (AUG151765)
The Book of the Geomancer foretells of a deadly future for the Valiant Universe…but what if the future holds hope for one powerful hero?
After hundreds of years in exile on an alien planet, Aric of Dacia has returned to an unfamiliar Earth, only to find a planet that doesn’t remember…or want him. Will Aric of Dacia finally find happiness in the aftermath of the apocalypse?
Plus: the ultimate fate of the X-O Manowar armor revealed in this can’t-miss chapter of the summer’s biggest event from New York Times best-selling writer Robert Venditti (BOOK OF DEATH) and artist Clayton Henry (ARCHER & ARMSTRONG)!

Now that Rai’s allies back on New Japan have reunited, they must figure out a plan to retrieve their friend and topple Father’s rule once and for all. Meanwhile, Rai has his work cut out for him on Earth as his past sins come back to haunt him. Luckily for our hero, justice is Eternal…

Have you ever wondered what would happen if dinosaurs ruled the Roman Empire? Well, you’re gonna find out!

Ivar & Neela continue their pursuit of the Prometheans through time only to discover some, well, HUGE changes their machinations have made to history! Meanwhile, who is THE RACTUS?! And what does he have in store for Neela?
All this and again…did we mention dinosaurs? DINOSAURS! New York Times best-selling writer Fred Van Lente (ARCHER & ARMSTRONG) and Harvey Award-nominated artist Pere Perez (UNITY) bring you “ENDING HISTORY” – PART 2! 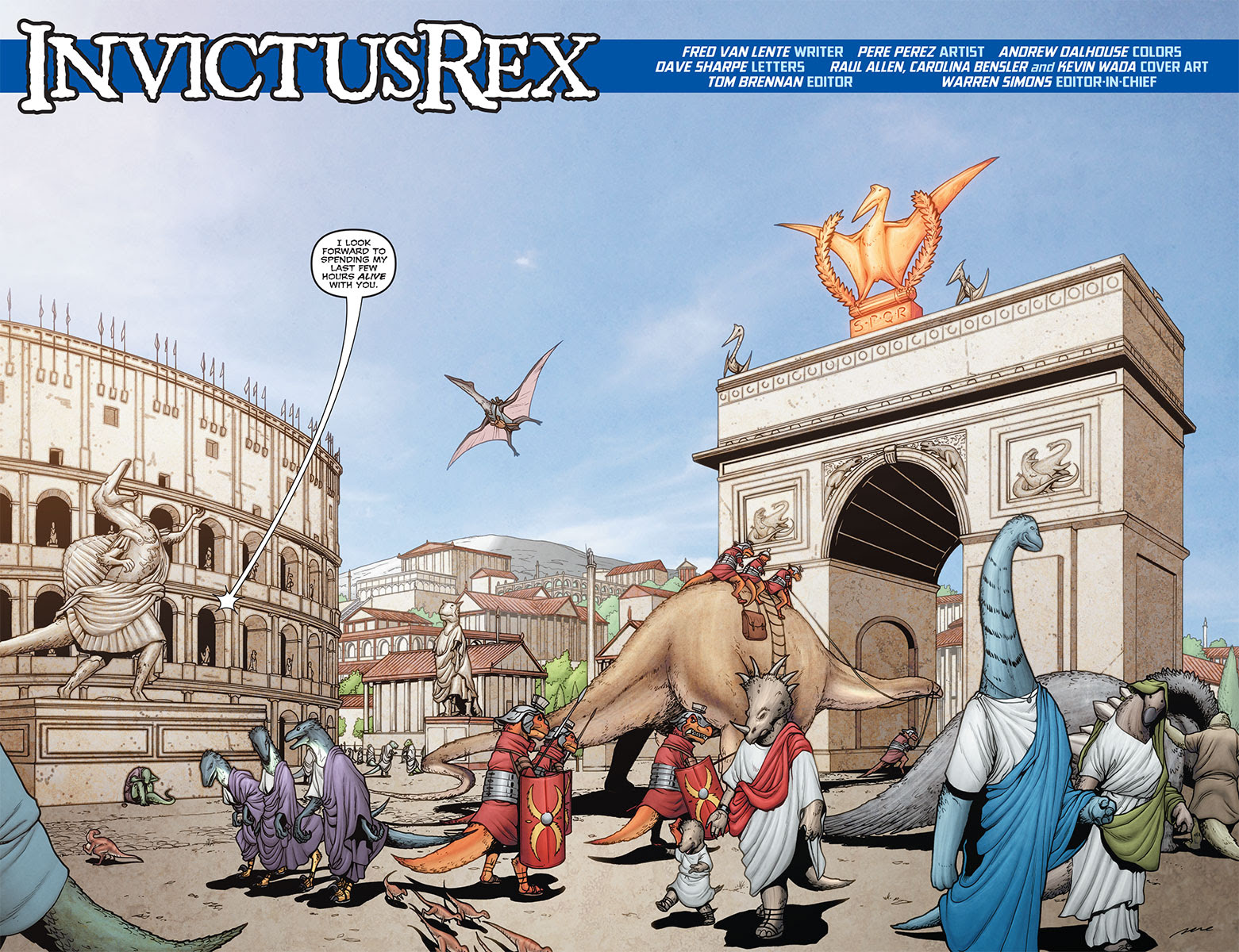