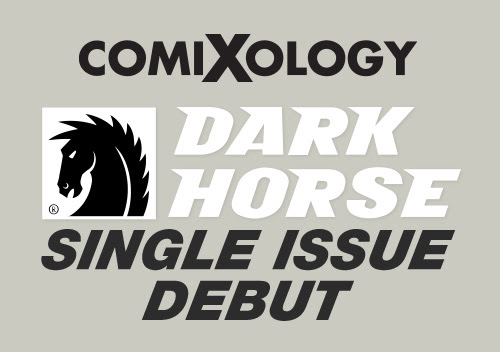 “We launched our graphic novel catalog through comiXology last June and the sales have been incredible,” noted Dark Horse President Mike Richardson.  “Now readers will have full access to our monthly comics for the first time ever and comiXology will never be out of stock on your favorite Dark Horse titles.”

“This is huge,” said comiXology co-founder and CEO David Steinberger. “Our fans were thrilled when we added Dark Horse Comics on comiXology earlier this year. I’m very excited that we’re now able to offer new releases the same-day-as-print and the incredible Dark Horse Comics catalog of back issues to readers through both comiXology and Amazon’s Kindle Store.”

With over 75,000 comics, graphic novels and manga from more than 75 publishers, comiXology offers the widest selection of digital comics in the world. ComiXology’s immense catalog and cinematic Guided View reading experience make it the best digital platform for comic fans worldwide.