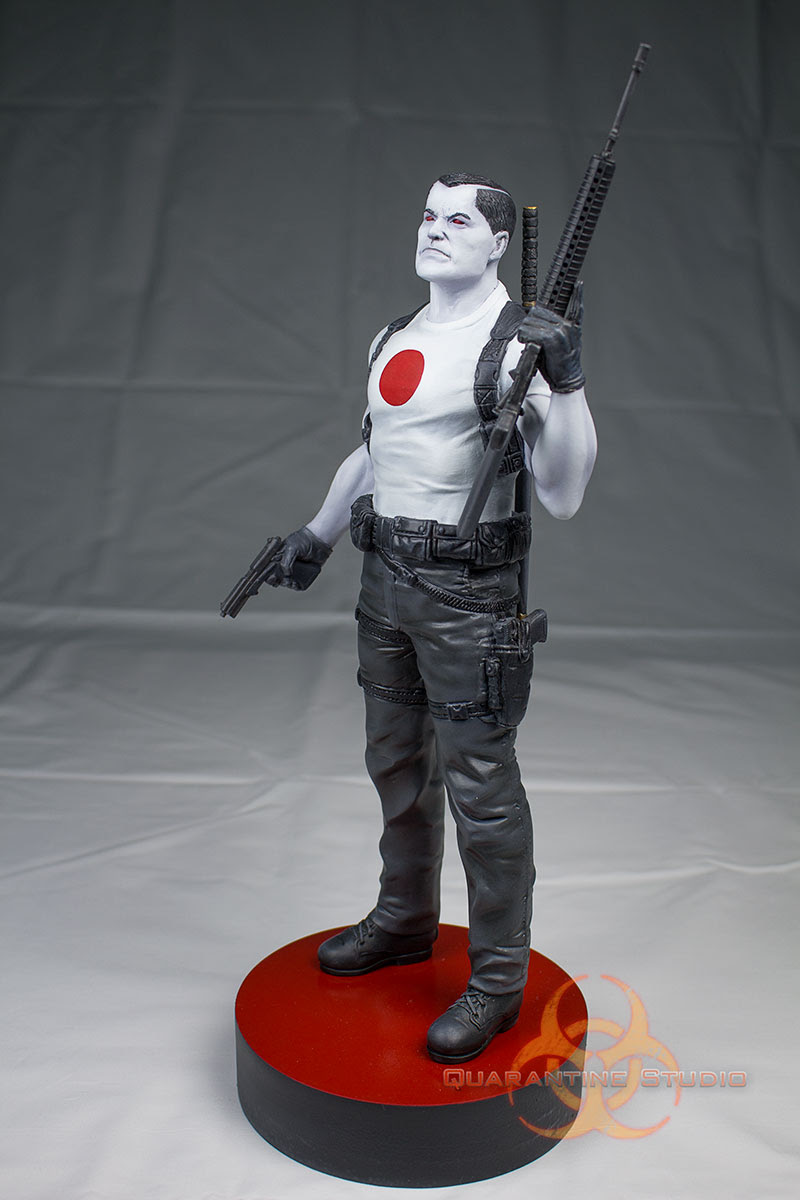 Manufactured in cold-cast resin for maximum quality, this milestone collectible comes riddled with detail from the base of Bloodshot’s boots to the top of his assault rifle and will be produced in a limited edition of just 300 statues worldwide. Locked and loaded with twin side arms, a katana sword, and an assault rifle, Valiant’s nanite-enhanced commando is ready for any deadly mission right here, only with theBLOODSHOT BY DAVID AJA 1/6 SCALE LIMITED STATUE!

“For 25 years, fans have been eagerly awaiting their first Valiant statue and we’re immensely proud that the time has finally come,” said Russell A. Brown, President of Consumer Products, Promotions, and Ad Sales for Valiant Entertainment. “Quarantine Studio has poured an incredible amount of time, talent and detail into giving Valiant’s very first statue release the jaw-dropping debut that Bloodshot deserves. From top to bottom, this is a beautiful realization of one of Valiant’s most enduring characters and a gloriously stunning interpretation of David Aja’s vision.”

Brought back from the dead and infused with cutting-edge nanotechnology by private security contractor Project Rising Spirit, Bloodshot is a nearly unstoppable killing machine equipped with enhanced strength, speed, endurance, and healing. Created by Kevin VanHook, Don Perlin, and Bob Layton in 1992, Bloodshot is one of the most successful new comic book characters of the past two decades with more than 100 issues published and lifetime sales of more than 7 million copies in multiple languages around the world. After returning with a sold-out new series in 2012, Bloodshot’s latest chapter began in the pages of BLOODSHOT REBORN – a new ongoing series from New York Times best-selling writer Jeff Lemire and artists Mico Suayan and Butch Guice.

Most recently, Valiant announced that it partnered with Sony Pictures and Original Film to bring two of the publisher’s most acclaimed superhero franchises – BLOODSHOT and HARBINGER – to the big screen over the course of five feature films that will culminate with the shared universe crossover film,HARBINGER WARS. BLOODSHOT, arriving in theaters in 2017, will kick off the five-picture plan leading to HARBINGER WARS and will be directed by David Leitch & Chad Stahelski (John Wick).Neal H. Moritz and Toby Jaffe of Original Film (The Fast and the Furious franchise) and Valiant Entertainment will produce the film.

Arm yourself for the armor-piercing debut of Project Rising Sprit’s deadliest creation as a highly detailed collectible with the BLOODSHOT BY DAVID AJA 1/6 SCALE LIMITED STATUE! A major milestone for Valiant’s most unrelenting hero, this towering statue is tearing Bloodshot off of the page and into fans’ collections everywhere for the very first time!

This January, the moment that every Valiant Entertainment fan has waited for finally arrives. Don’t miss the first-ever opportunity to bring the Valiant Universe to your shelf collection in bone-crunching fashion with the BLOODSHOT BY DAVID AJA 1/6 SCALE LIMITED STATUE! 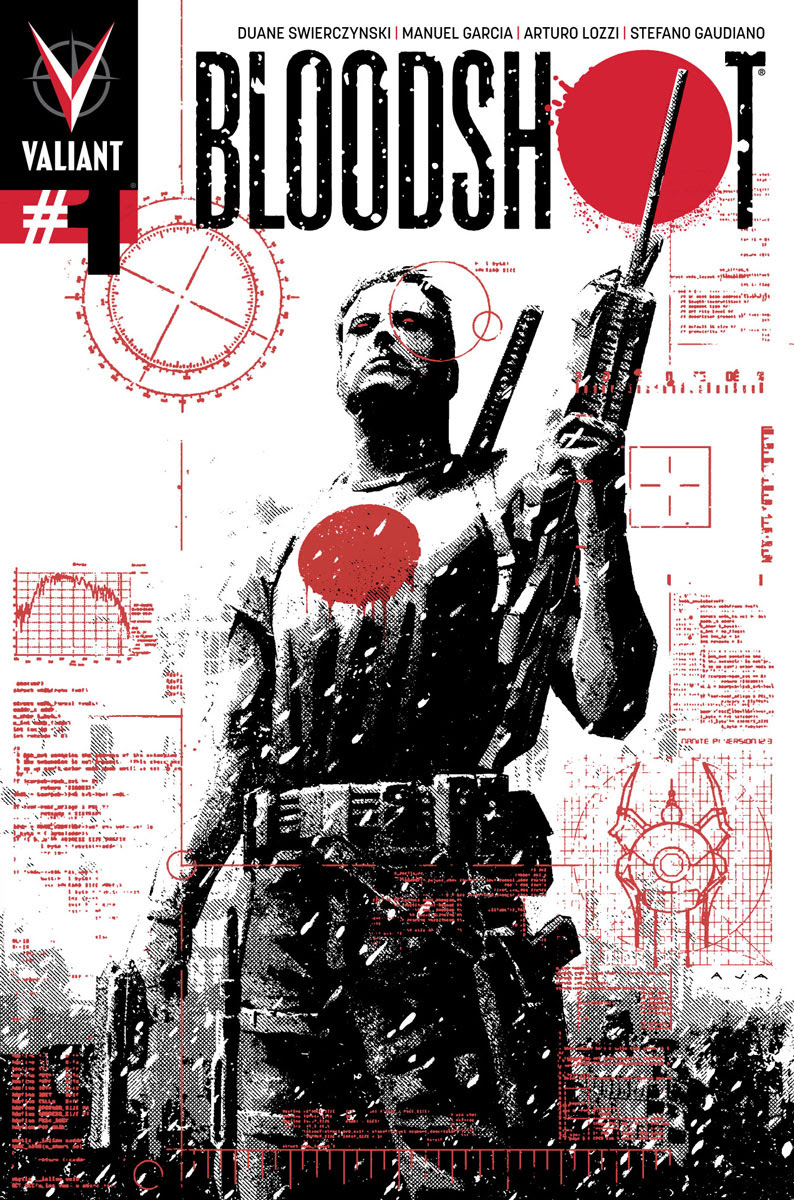 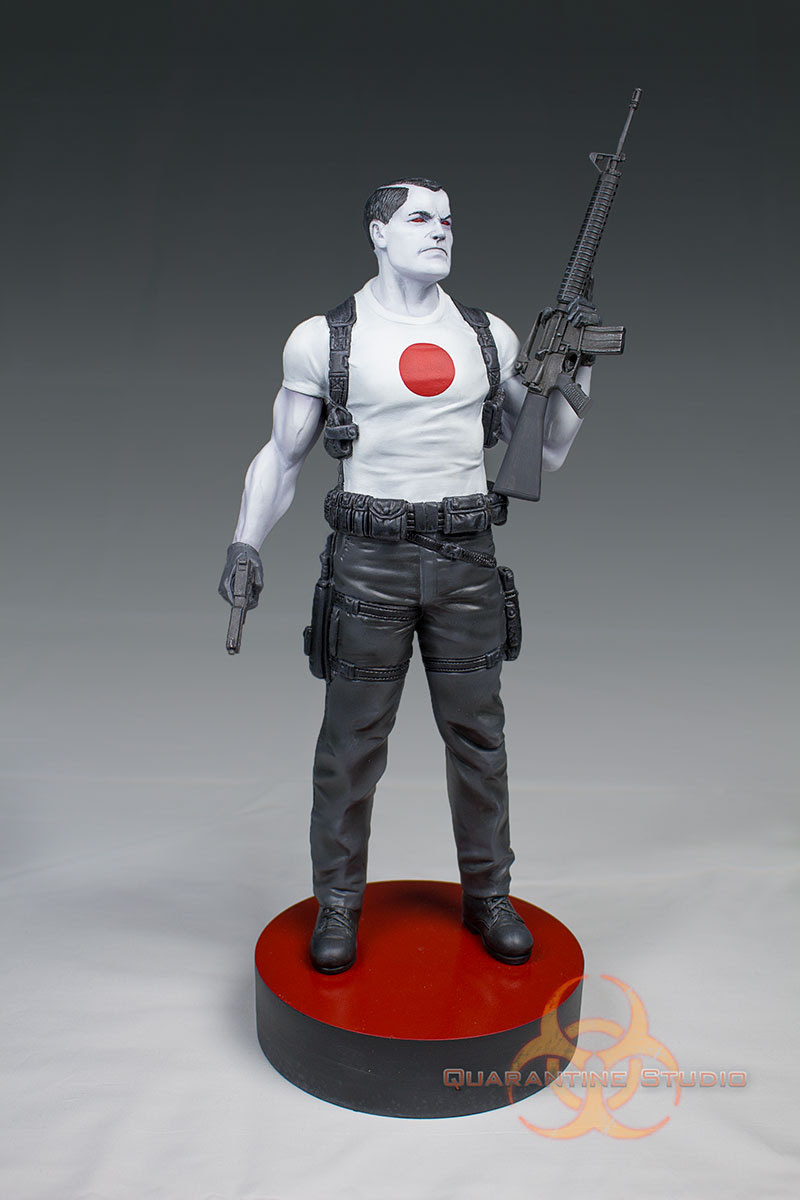 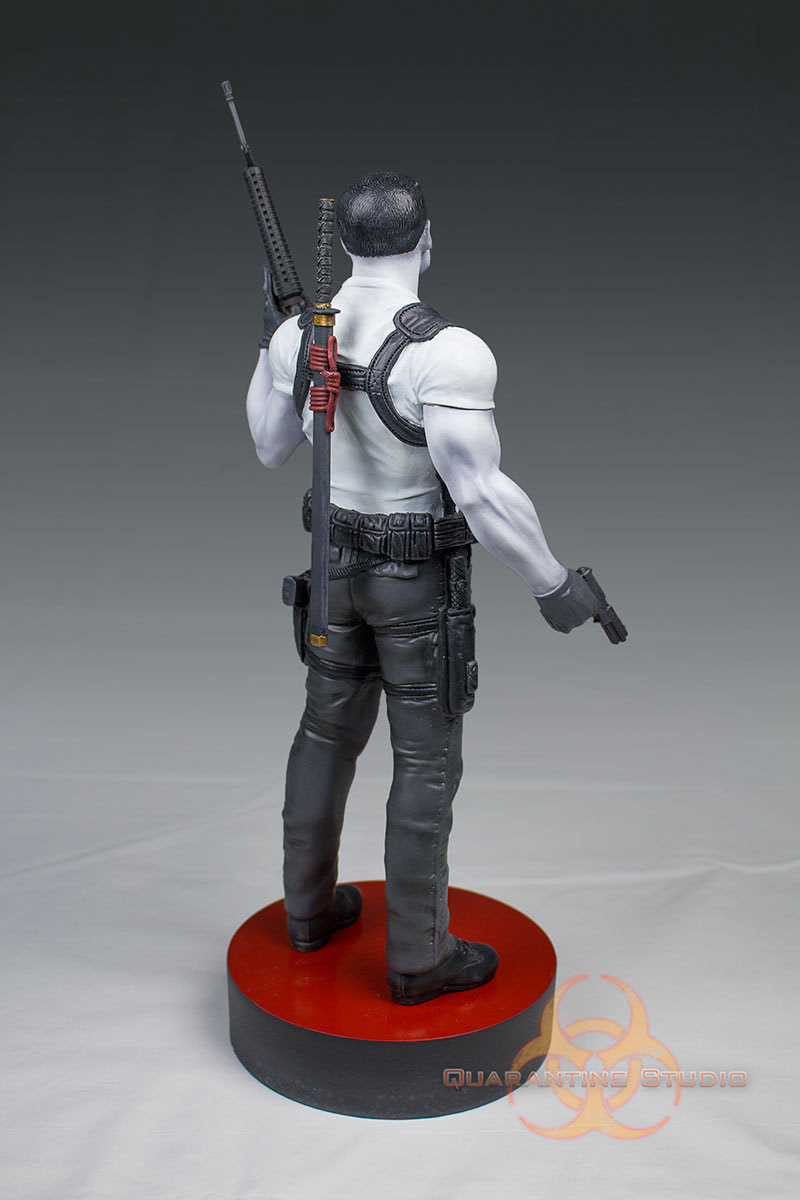 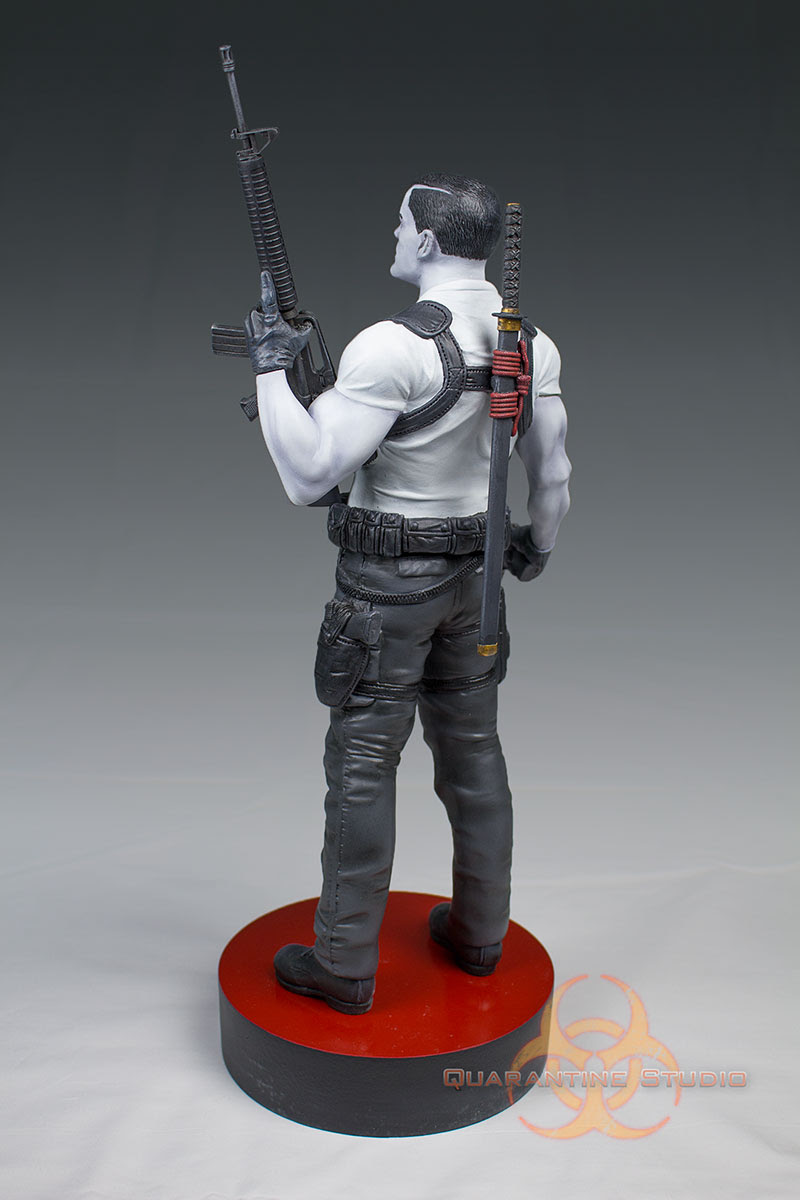 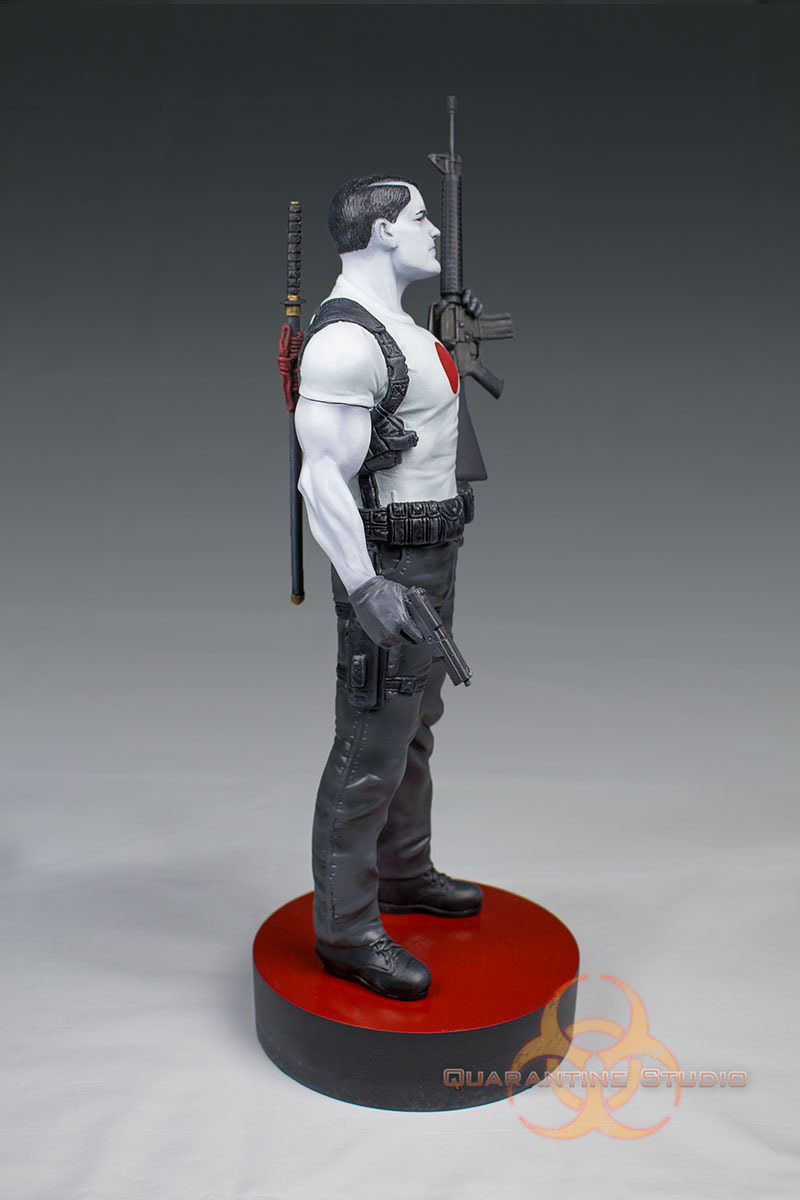