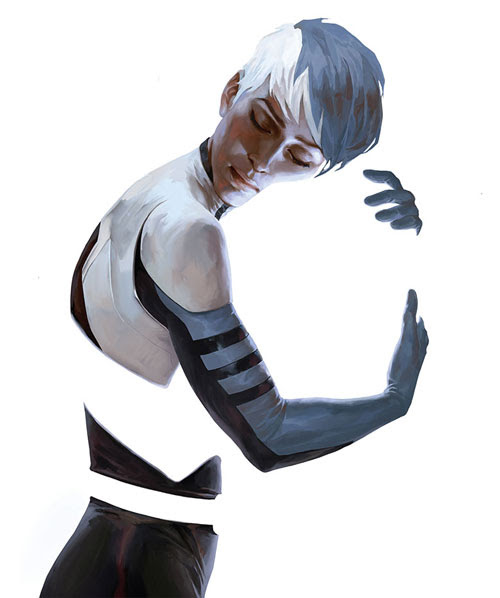 In time, even the dead may die…
Following a first-of-its-kind announcement live from Twitter headquarters in July, Valiant is proud to unveil complete details for THE DEATH-DEFYING DR.MIRAGE: SECOND LIVES #1 (of 4) – the FIRST ISSUE of the astonishing new adventure from Eisner Award-nominated writer Jen Van Meter (Hopeless Savages) and acclaimed artist Roberto de la Torre (Daredevil)!
After garnering a bevy of nominations at 2015 Harvey Awards – including “Best Writer”, “Best Artist”, and “Most Promising New Talent” –the creators behind one of 2014’s most acclaimed new series debuts is back to give Valiant’s husband-and-wife paranormal investigation unit their most dangerous assignment yet: to protect our world from an unrelenting force hellbent on the annihilation of all souls…living and dead alike!
Occult investigators Shan and Hwen Mirage lived their lives in the thrall of an epic love that few will ever have…until Hwen died tragically before his time. Now, after a perilous trip through the underworld, Shan and Hwen have been reunited…but Hwen is still an intangible spirit of the dead – incapable of opening a spell-book or even touching his wife.
Their options exhausted, the death-defying Doctors Mirage are about to enact a dangerous spell to restore Hwen’s solid form…and grant his ghost a second life. But, in the wrong hands, their ancient rite will become a tool of terror – and unleash a force of pure, homicidal evil that lusts for the murder of the living and the dead alike… a torturous death that obliterates not just everything a person ever had in this world, but everything their ghost will be in the next!
Featuring covers from a world-class cast of leading talents – including Jelena Kevic-Djurdjevic (Thor),Kevin Wada (She-Hulk), Roberto de la Torre (Age of Apocalypse), Khari Evans (HARBINGER), and Katie Skelly (Nurse Nurse) – THE DEATH-DEFYING DR. MIRAGE: SECOND LIVES  #1 (of 4) will also debut with an exclusive Valiant Linewide Variant by Eisner Award-winning artist Colleen Coover (Bandette)!
The first in a new series of variant covers for high-profile new releases, retailers can qualify for the initial Valiant Linewide Variant offering based on their aggregate orders of Valiant titles shipping for December 2015 – a month that will include prominent issues including the first chapter of “OPERATION: DEADSIDE” in NINJAK #10, WRATH OF THE ETERNAL WARRIOR #2, UNITY #25 and much more. For every 100 copies of Valiant titles placed during the Initial Order period, retailers may then order one THE DEATH-DEFYING DR. MIRAGE: SECOND LIVES  #1 (of 4) Valiant Linewide Variant by artistColleen Coover.
This December, don’t miss the return of the most sought-after couple in comics as Shan and Hwen Mirage reunite for THE DEATH-DEFYING DR. MIRAGE: SECOND LIVES #1 (of 4) – a perfect new jumping-on point from Harvey Award-nominated all-stars Jen Van Meter and Roberto de la Torre!
For more information, visit Valiant on Facebook, Twitter, Tumblr, and at ValiantUniverse.com.
For Valiant merchandise and more, visit ValiantStore.com. 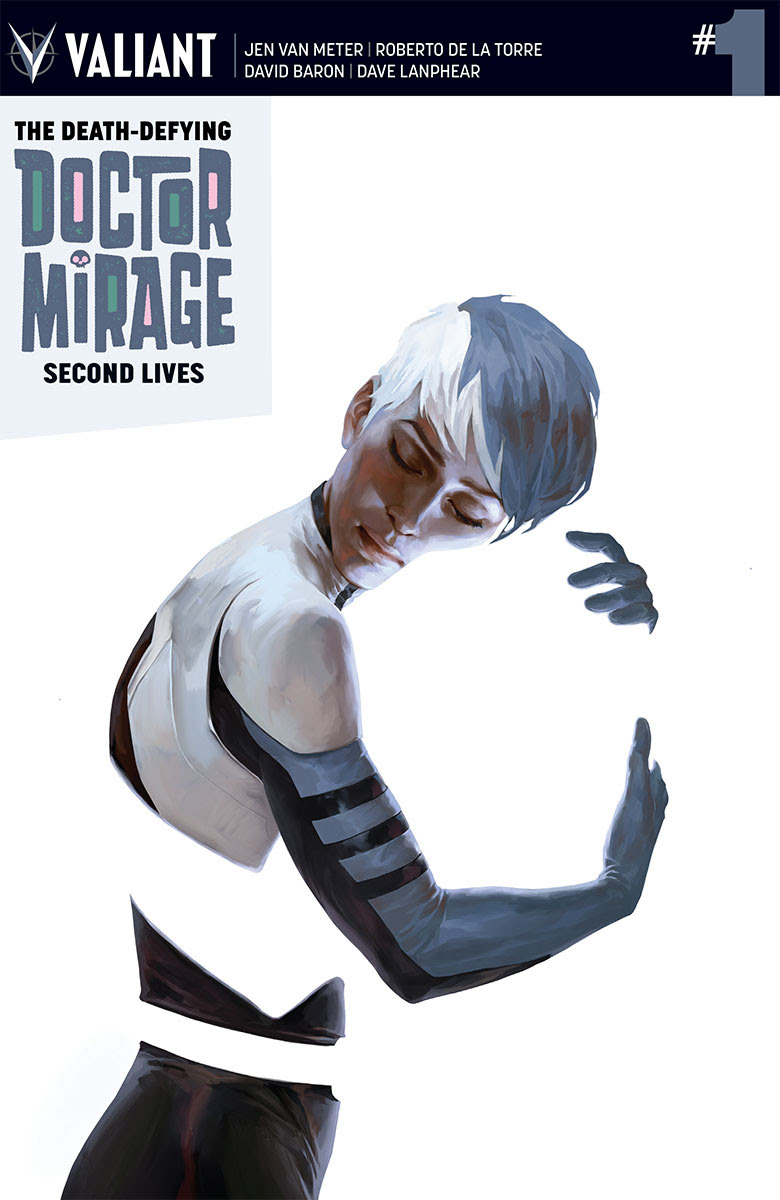 THE DEATH-DEFYING DR. MIRAGE: SECOND LIVES #1 (of 4) – Cover A by Jelena Kevic-Djurdjevic 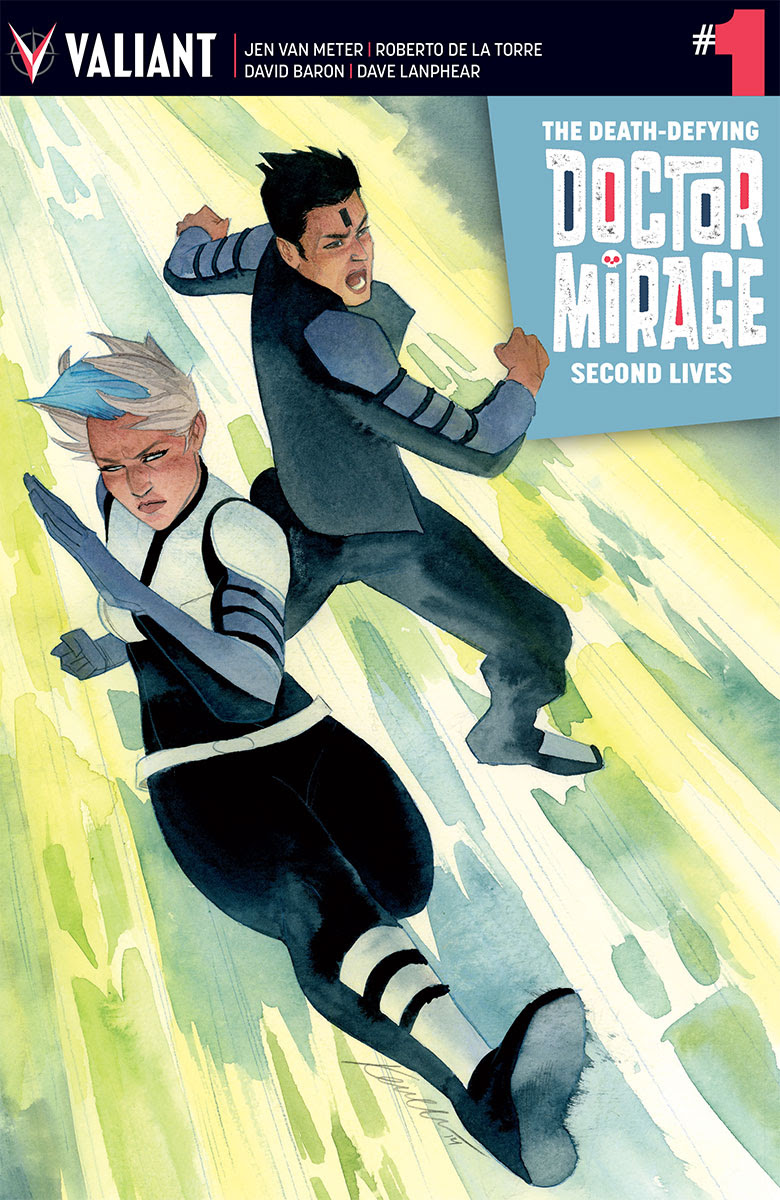 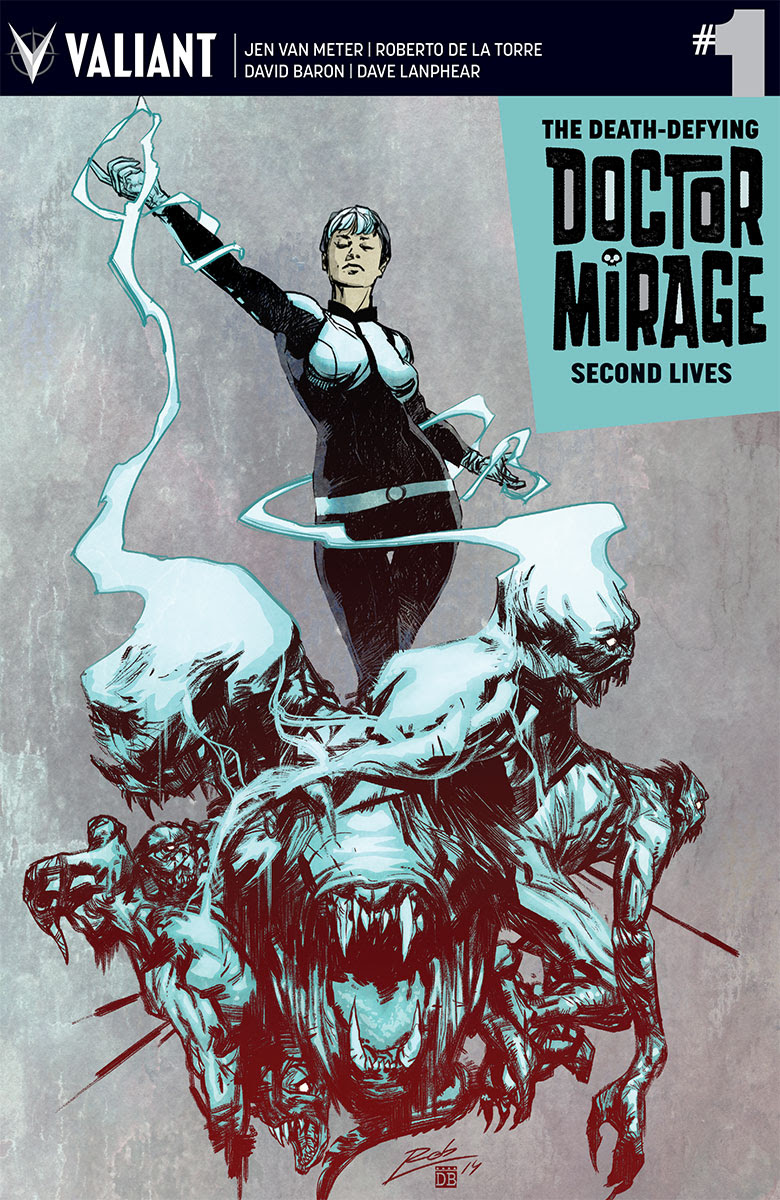 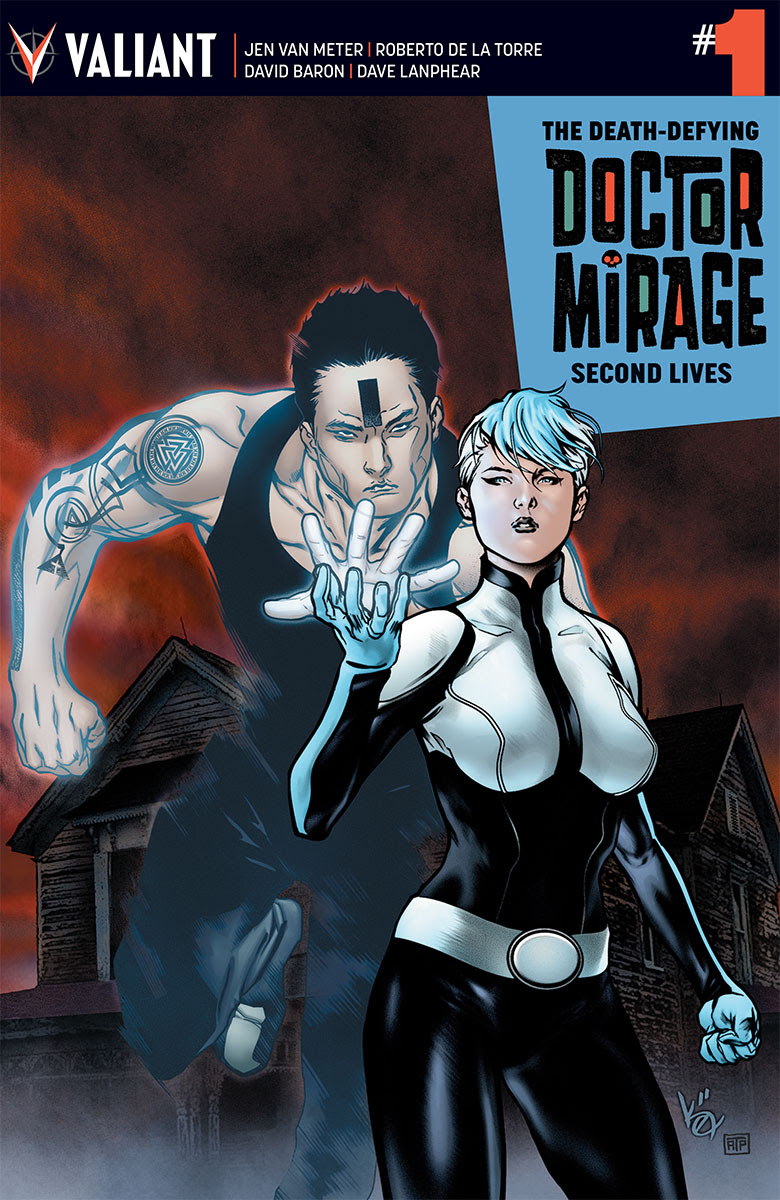 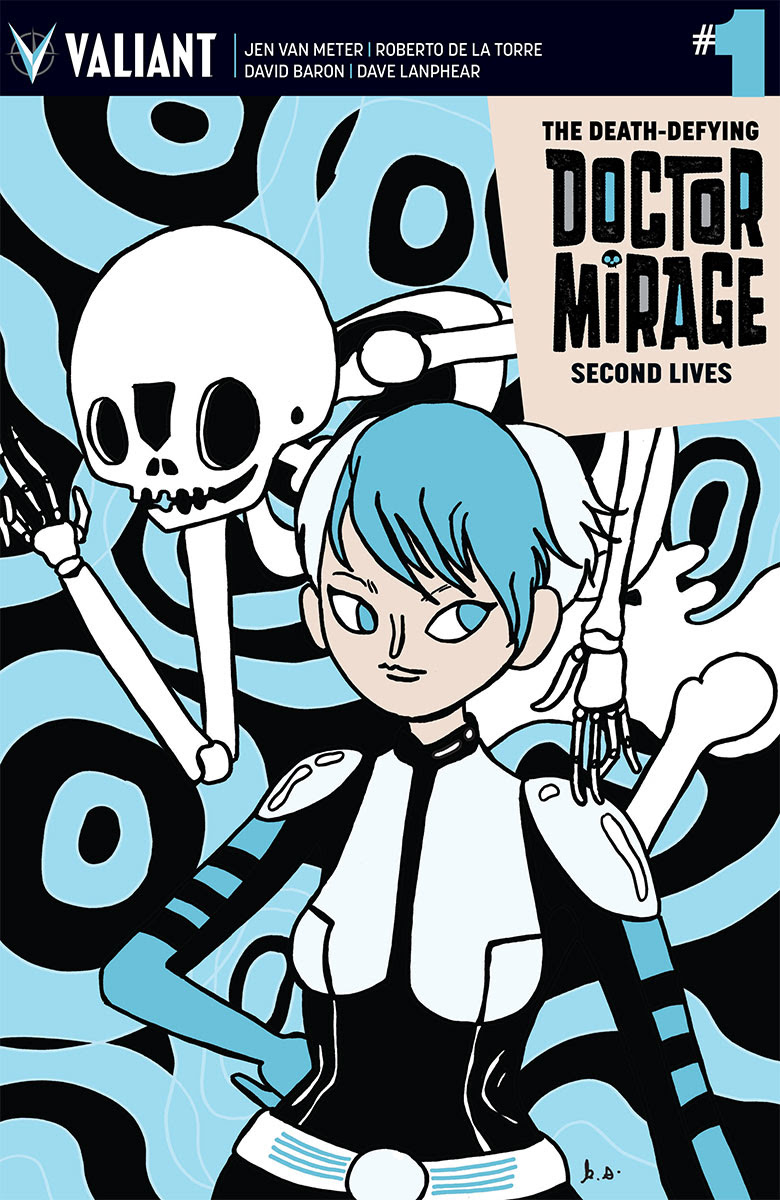 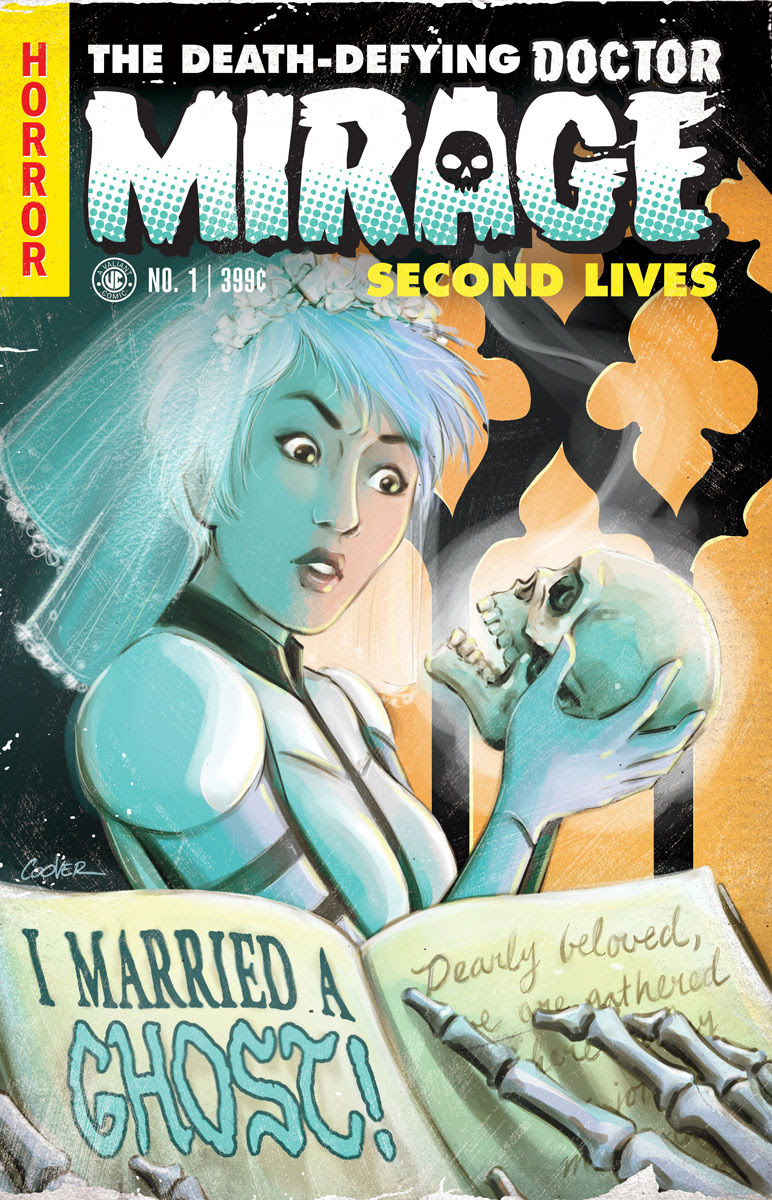 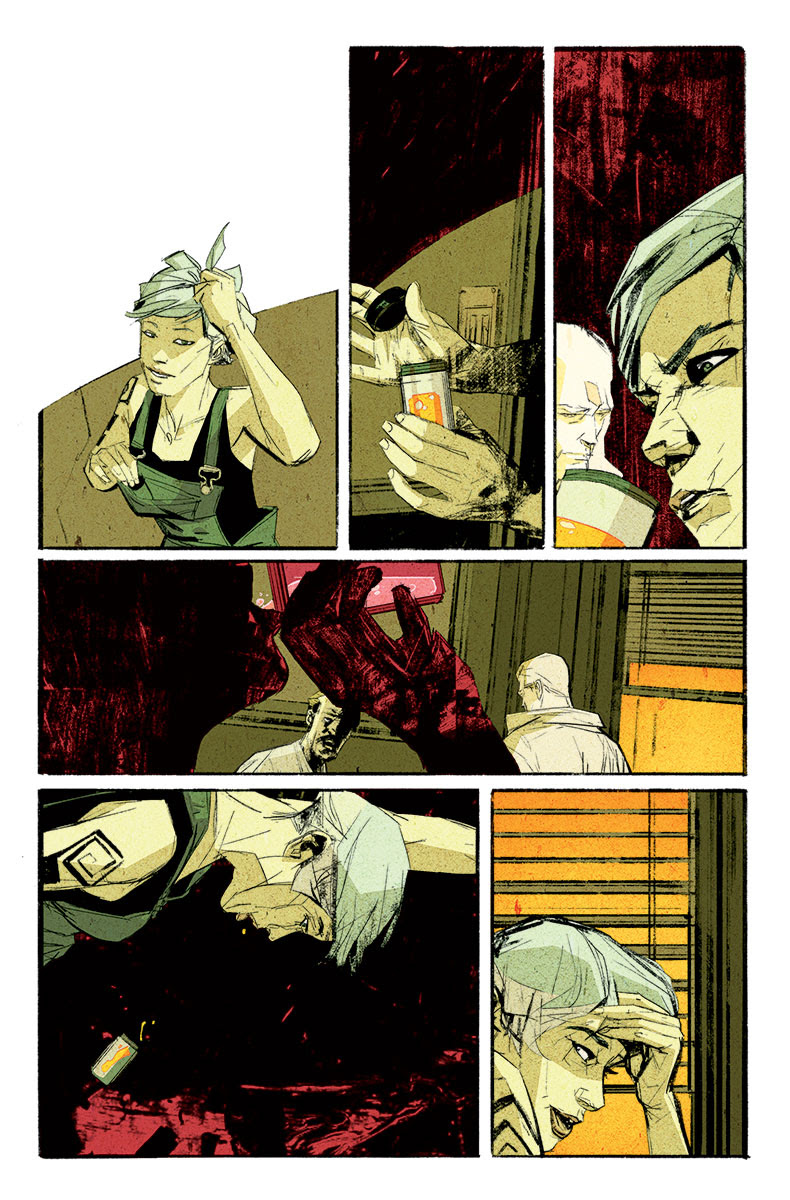 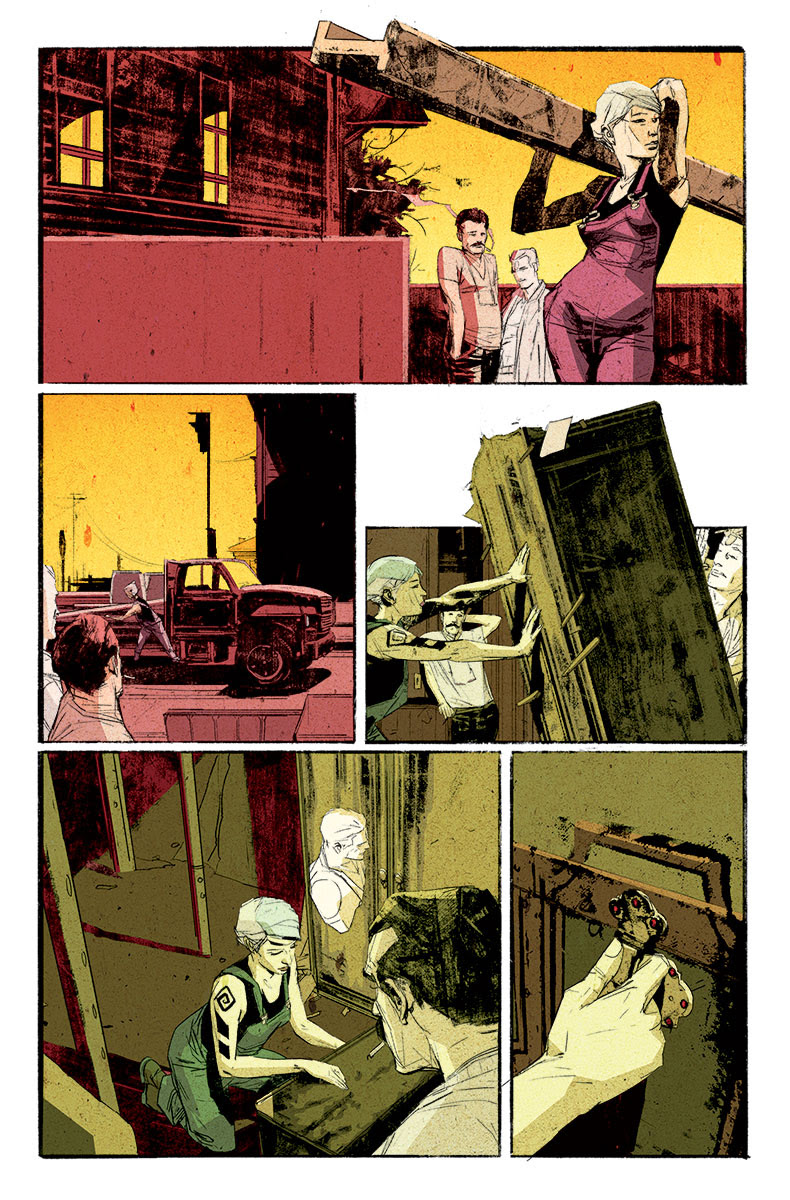 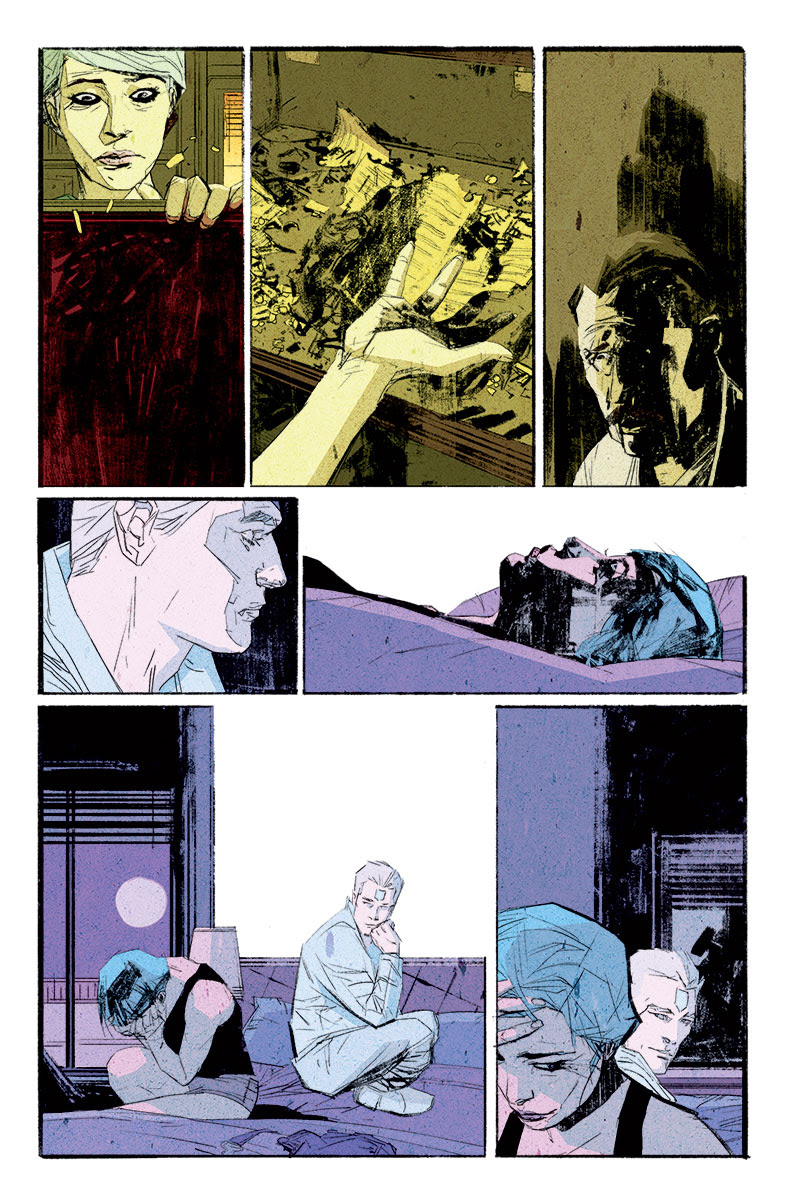 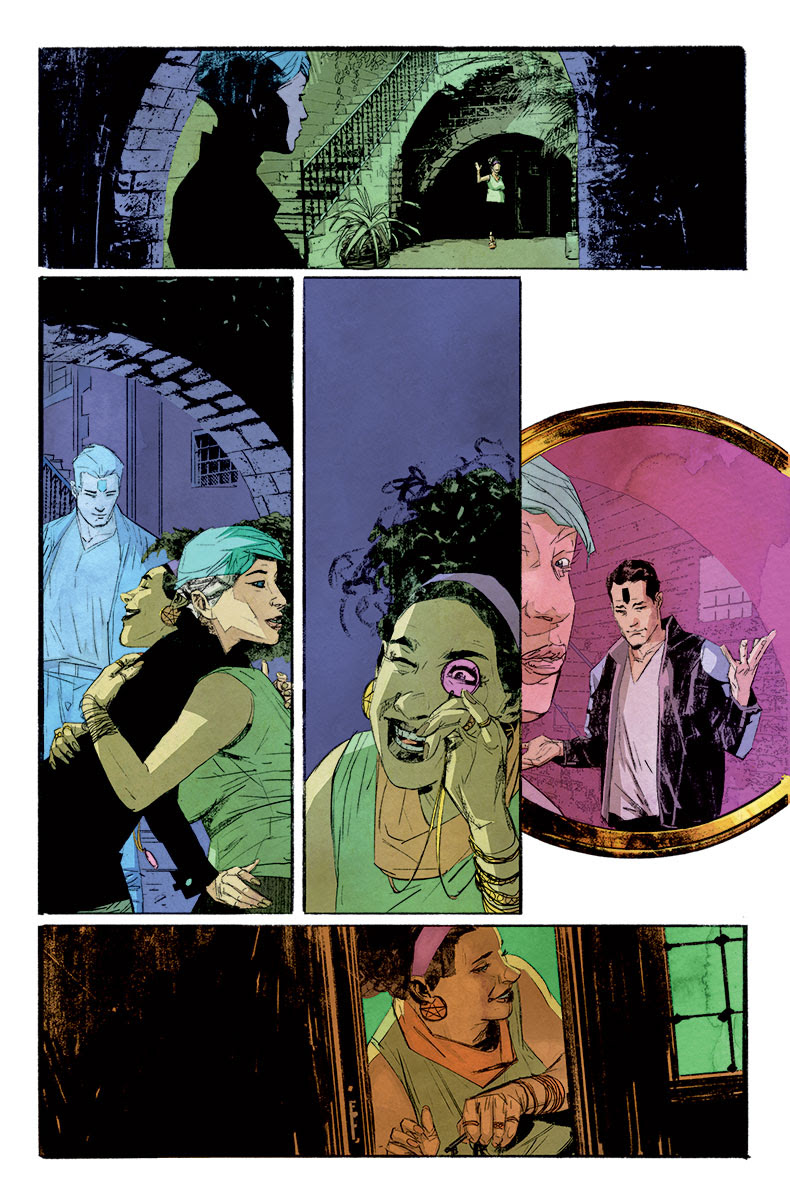 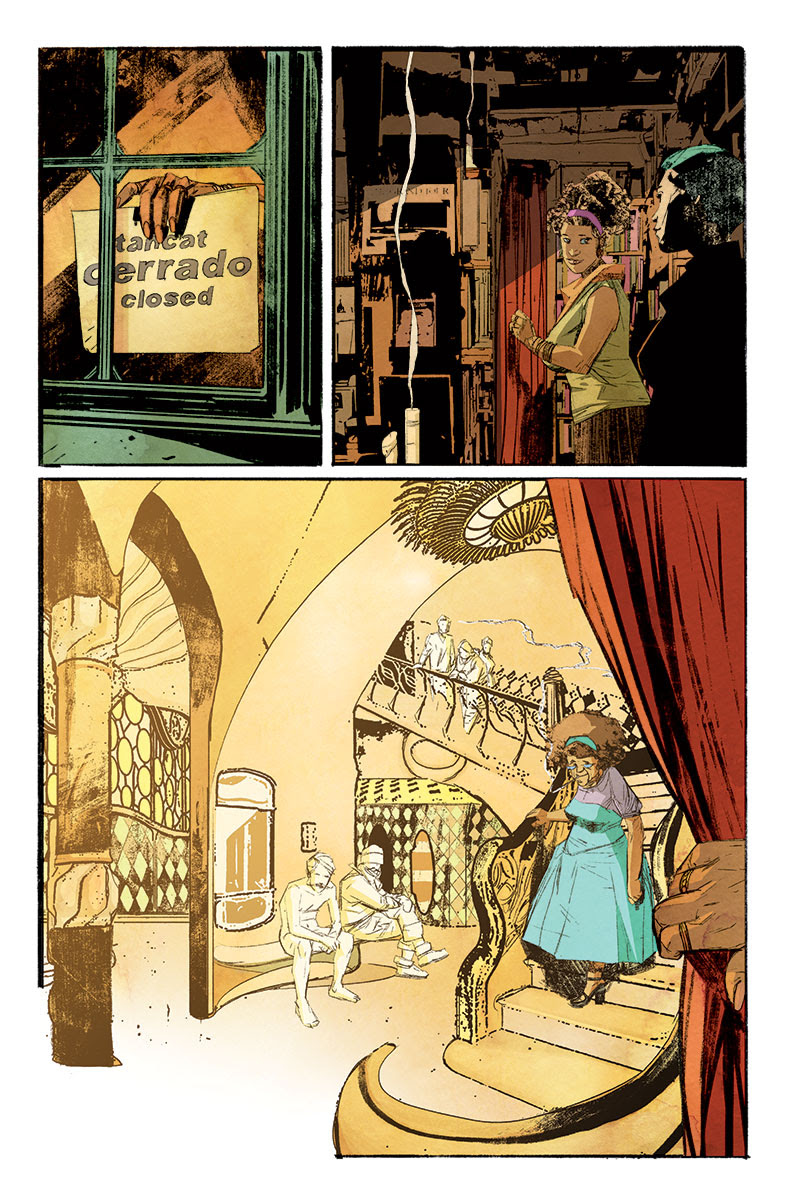 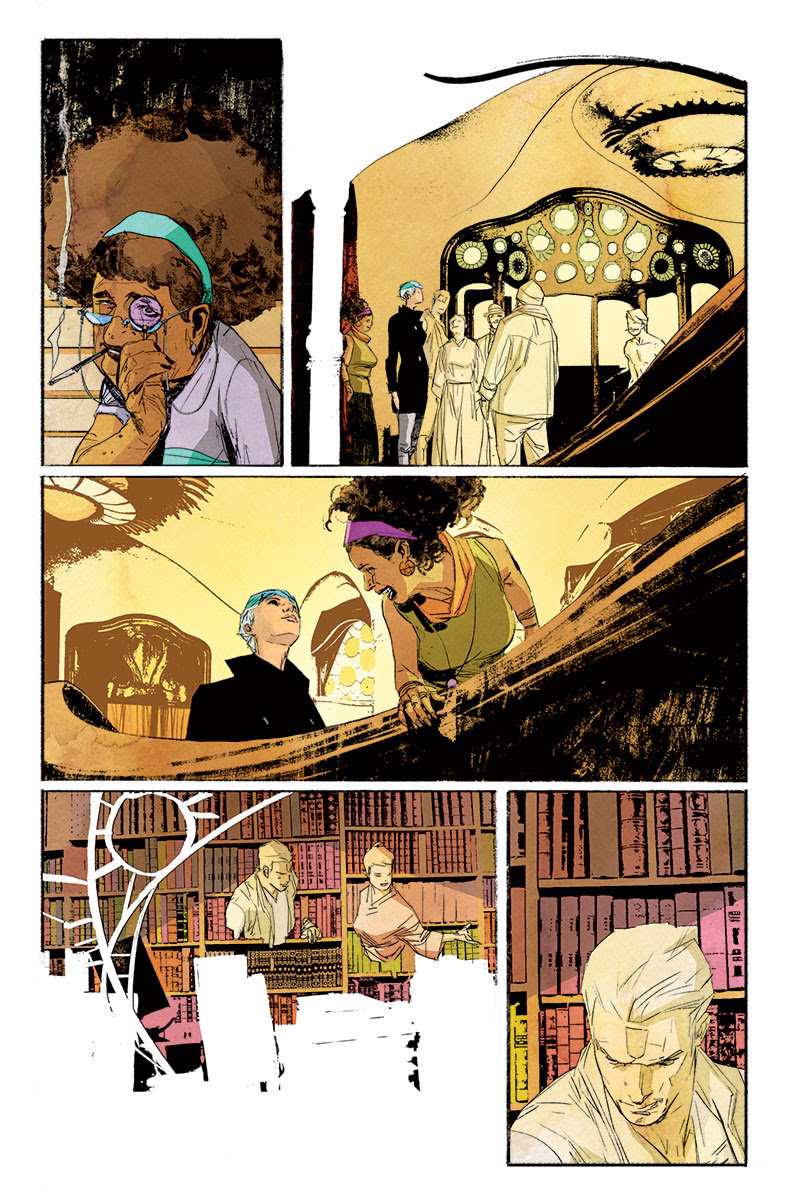