August 20, 2015
TaylorNetwork
no comment on Valiant Solicitations for NOVEMBER 2015 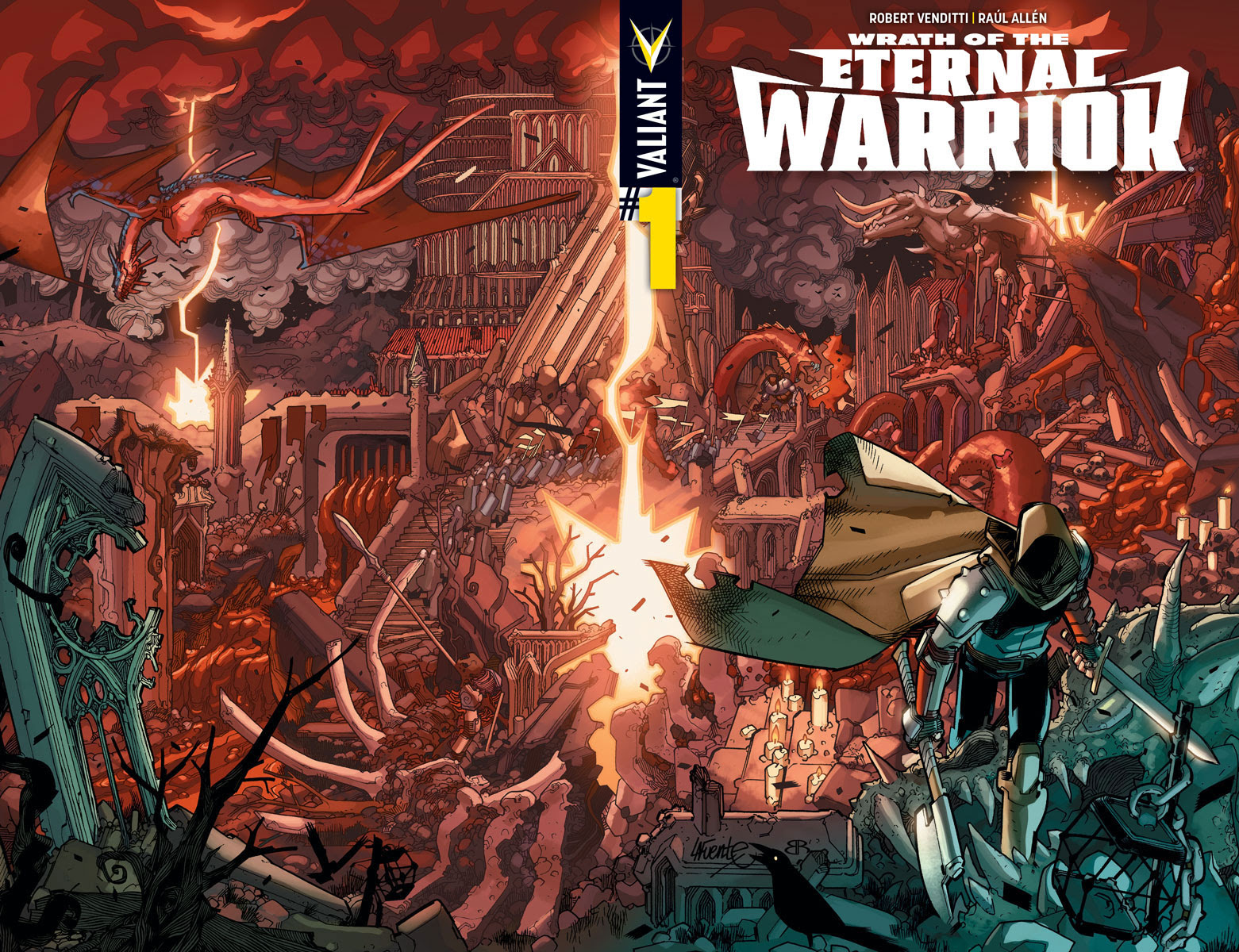 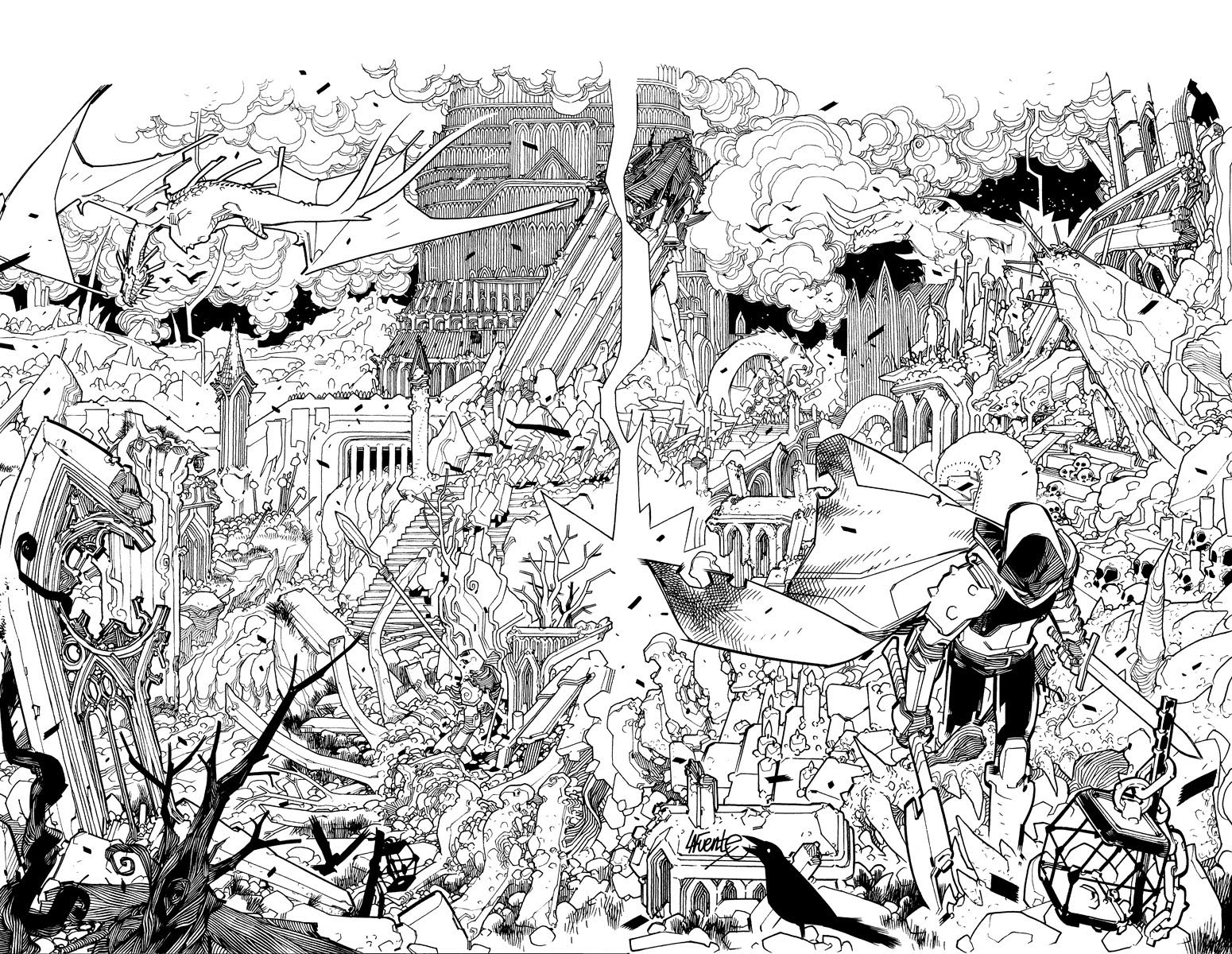 For five millennia, the Eternal Warrior has shaped history at the end of his sword. He’s razed empires, toppled civilizations, and broken armies as an immortal soldier in service to the Earth.

But now, the Eternal Warrior has been torn from the world he once protected and finds himself stranded in a hostile alien landscape unlike any he’s faced before. Separated from his earthly environs, can history’s deadliest soldier survive a realm far older, far deadlier, and fare more ruinous than anything he’s ever encountered? Beyond Earth lies eternity…

The secrets behind Project Bloodshot are finally revealed!

Festival and Hoyt fall deep down the rabbit hole and discover a much bigger conspiracy than they ever imagined. Meanwhile, Bloodshot must race to stop the nanites from claiming another victim – this time, someone with close, personal ties to Ray Garrison…

A duel to the death with The Shadow Seven!

As Ninjak goes head-to-head with Fakir of the Shadow Seven, devastating secrets of his past stand revealed that will change his life forever! Plus: Roku makes her move… and an atom bomb goes missing. Yeah, that’s right, an atom bomb is MISSING. The world’s gone to hell…and only Ninjak can save it…that is if he lives long enough!

As the Vine make a desperate, final stand against G.A.T.E. for a rightful home, only Aric of Dacia can bring peace. But X-O Manowar’s fed up with being manipulated… and makes a decision that will change Earth forever. New York Times best-selling writer Robert Venditti (BOOK OF DEATH) and red-hot artist Rafa Sandoval (X-Men: Legacy) bring you the heartbreaking finale of “EXODUS”!

“THE VINE IMPERATIVE” boils over!

The world is suspended within balances of power. Tense and delicate terms of peace, crisscrossing and humming just below the surface. The Vine plantings, undercover alien spies of a galaxy-spanning race, hold positions of influence all over the planet. Toyo Harada, Earth’s most unstoppable psiot, amassed a bedrock of power through his corporate, political, and super-powered maneuverings. A tenuous détente has long held between the slumbering giants, each with the world held loosely in their grip. Until now.

As Harada presses his gambit to wage war for utopia, the agents of the Vine who have watched him for decades move to keep the megalomaniac in check. And if Harada wants to save the world…he’ll have to get rid of the competition. Cold war turns red hot as New York Times best-selling writer Joshua Dysart (HARBINGER) and Valiant superstar CAFU (UNITY) unfold another chapter of IMPERIUM, the comic that Herotaku calls “an entertaining, compelling read month after month”!

Unity vs. the Armor Hunters…rematch!

GIN-GR, the reformed killer robot who destroyed Mexico City and rampaged through downtown Los Angeles during the Armor Hunters’ attack, has turned on her Unity teammates! As she perpetrates the world’s most unstoppable jailbreak – a head-first, guns-blazing, kamikaze flight straight into the military base that holds her one-time squad – can X-O Manowar, Livewire, Ninjak, and the Eternal Warrior stop the giant engine of destruction…while trapped inside it? And if they survive GIN-GR, all they have to look forward to is the remaining Armor Hunters attacking from all sides!

Who dares survive the Space-Loop?!

Trapped as the planet Earth whips through history at lightning speed, Ivar and Neela must confront their feelings for one another – and Neela finds herself about to make a fateful decision that may save history forever – but cost her own life! New York Times best-selling writer Fred Van Lente (ARCHER & ARMSTRONG) and Harvey Award-nominated artist Pere Pérez (UNITY) bring you one step closer to “ENDING HISTORY”!

The telepathic mastermind. The alien assassin. The mercenary super-soldier. The mad scientist. And the killer robot with a soul. Toyo Harada has collected the monsters that will make his vision of world peace a reality. Now he pursues the most difficult and desirable asset of all – the spaceman with all the powers of a god – the outcast who can rewrite reality with a thought – the man who is no longer a man – the all-powerful being who is simply called Divinity.

Out of the darkest recesses of the 20th century…the WAR-MONGER rises to rage against the combined might of Valiant’s most elite superteam!

For thousands of years, the Eternal Warrior has waged battle; and for thousands of years, one spirit has vexed him…the spirit of warfare itself. Today, Gilad Anni-Padda and his teammates in Unity must reckon with a long – thought-forgotten enemy–unseen since Unit-Y faced it in World War II – now returned to bring destruction and death to the heroes once and for all. Unity may not survive the coming of War-Monger!

From New York Times best-selling writer Matt Kindt (DIVINITY) and red-hot artists Jose Luis and Jefte Palo, the unstoppable War-Monger tears a swath through the ranks of Unity right here in the next volume of the chart-topping series IGN calls “a big superhero book done right.”

It’s history in the breaking! An all-new printing of the sold-out first volume of the series named one of the best comics of the year by Bloody Disgusting, Inside Pulse, and Comic Book Resources!

After years of meditation and training, 18-year-old Obadiah Archer has been dispatched to New York City to carry out the sacred mission of his family’s sect — locate and kill the fun-loving, hard-drinking immortal known as Armstrong! But as this naive teenage assassin stalks his prey, he’ll soon find that both hunter and hunted are just pawns in a centuries-old conspiracy that stretches from the catacombs beneath Wall Street to the heights of the Himalayas. And Archer & Armstrong will have to work together if the future is to stand any chance of surviving the past’s greatest threat!

X-O Manowar has returned to Earth – and now the world’s most lethal intelligence agent has a new target. Hired by members of The Vine hidden deep within MI6, Ninjak has been sent to bring back the Manowar armor at any cost. But what happens when the world’s foremost weapons specialist engages the universe’s most powerful weapon head on? And even if Ninjak can defeat the armor’s defenses, does he stand a chance against the savage warrior that controls it? It’s raw power versus stealth and cunning in this thrilling volume of X-O MANOWAR – and the Valiant Universe will never be the same again.

Start reading here to discover the smash-hit debut of the Valiant Universe’s deadliest master spy before following him to the pages of his ongoing series in NINJAK!

The Eternal Warrior has protected the Earth for more than 10,000 years. A master of countless weapons and long forgotten martial arts, he is guided by the Geomancers — those who speak for the Earth. During his long watch, the Eternal Warrior has failed three times. Each time, the Geomancer was killed…and a new dark age for humanity began. Each time, he was unable to stop The Immortal Enemy – a monstrous force of nature. A civilization killer. A horror that appears differently each time it arrives…and whose seemingly only purpose is to bring disorder and darkness to the world. Now, the time has come for The Immortal Enemy to return once more. But, this time, the Eternal Warrior will be ready. This time, he has a force greater than any single warrior. This time, he has…THE VALIANT.

At the height of the Cold War, the Soviet Union – determined to win the Space Race at any cost – green lit a dangerously advanced mission. They sent a man farther into the cosmos than anyone has gone before or since. Lost in the stars, he encountered something unknown. Something that…changed him.

Long thought lost and erased from the history books, he has suddenly returned, crash-landing in the Australian Outback. The few that have been able to reach him believe him to be a deity -– one who turned the scorched desert into a lush oasis. They say he can bend matter, space, and even time to his will. Earth is about to meet a new god. And he’s a communist. How long can it be before the first confrontation between mankind and DIVINITY begins?

Collecting DIVINITY #1–4, along with more than 20 pages of rarely seen art and extras, including designs, process art, sketches, commentary and more!