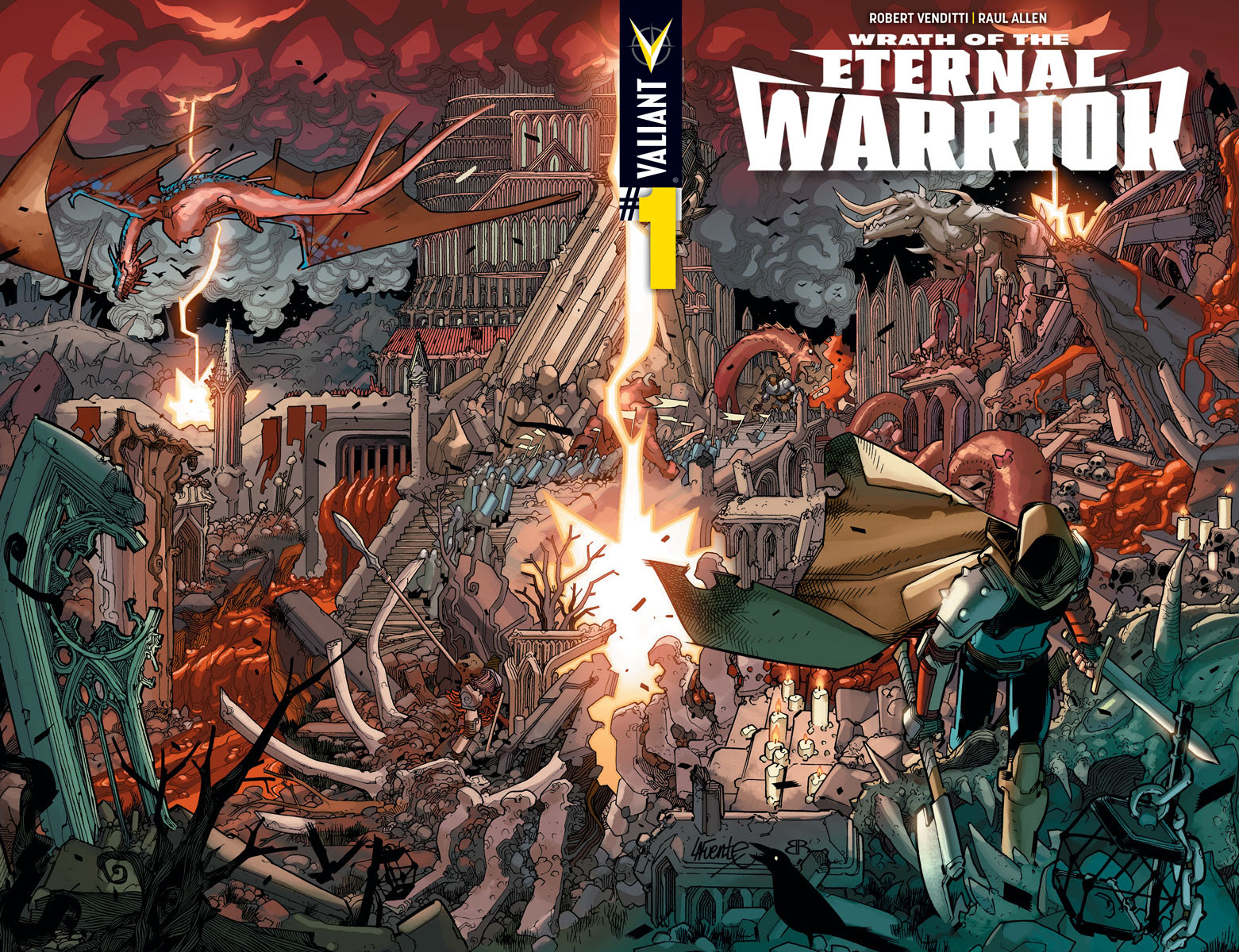 Valiant is proud to announce WRATH OF THE ETERNAL WARRIOR #1 – the FIRST ISSUE of AN ALL-NEW ONGOING SERIES from New York Times best-selling writer Robert Venditti (BOOK OF DEATH, X-O MANOWAR) and acclaimed artist Raul Allen (BLOODSHOT REBORN, Hawkeye)! Arriving in stores and online this November, Valiant’s latest ongoing series picks up in the aftermath of this summer’s colossal BOOK OF DEATH event series and will mark the first full-length Valiant series for illustrator Raul Allen, who has joined the publisher as an exclusive artist for the launch of WRATH OF THE ETERNAL WARRIOR.

“From X-O MANOWAR to ARMOR HUNTERS to BOOK OF DEATH, Robert Venditti has played a key role in shaping the course of the Valiant Universe. Now, he’s bringing the same epic inspiration to WRATH OF THE ETERNAL WARRIOR. You’ve never seen a comic book quite like this. You’ve never seen a story quite like this. It’s risky, it’s ambitious, and it’s awesome,” said Valiant Editor-in Chief Warren Simons.

“Helping us realize that vision is the phenomenally talented Raul Allen, who is quite simply one of the most exciting new voices in comics today,” he added. “Together, Rob and Raul make one hell of a team and WRATH OF THE ETERNAL WARRIOR is going to be one hell of a series.”

For five millennia, the Eternal Warrior has shaped history at the end of his sword. He’s razed empires, toppled civilizations, and broken armies as an immortal soldier in service to the Earth.

But now, the Eternal Warrior has been torn from the world he once protected and finds himself stranded in a hostile alien landscape unlike any he’s ever faced. Separated from his earthly environs, can history’s deadliest soldier survive a realm far older, far deadlier, and fare more ruinous than anything he’s ever encountered before? Beyond Earth lies eternity…

“I can’t go into too many details without giving away spoilers about how BOOK OF DEATH is going to play out, but what I can say is that in the entire history of Gilad as a character – even going back to the original Valiant continuity – we’ve seen him face countless challenges in all sorts of locations throughout all sorts of eras,” said series writer Robert Venditti. “But I can promise you that what he’s going to face here is something that we’ve never seen him face before. It’s a completely new way of looking at the character and examining what he has to go through in order to be the Eternal Warrior.”

WRATH OF THE ETERNAL WARRIOR #1 – Wraparound Cover by David Lafuente 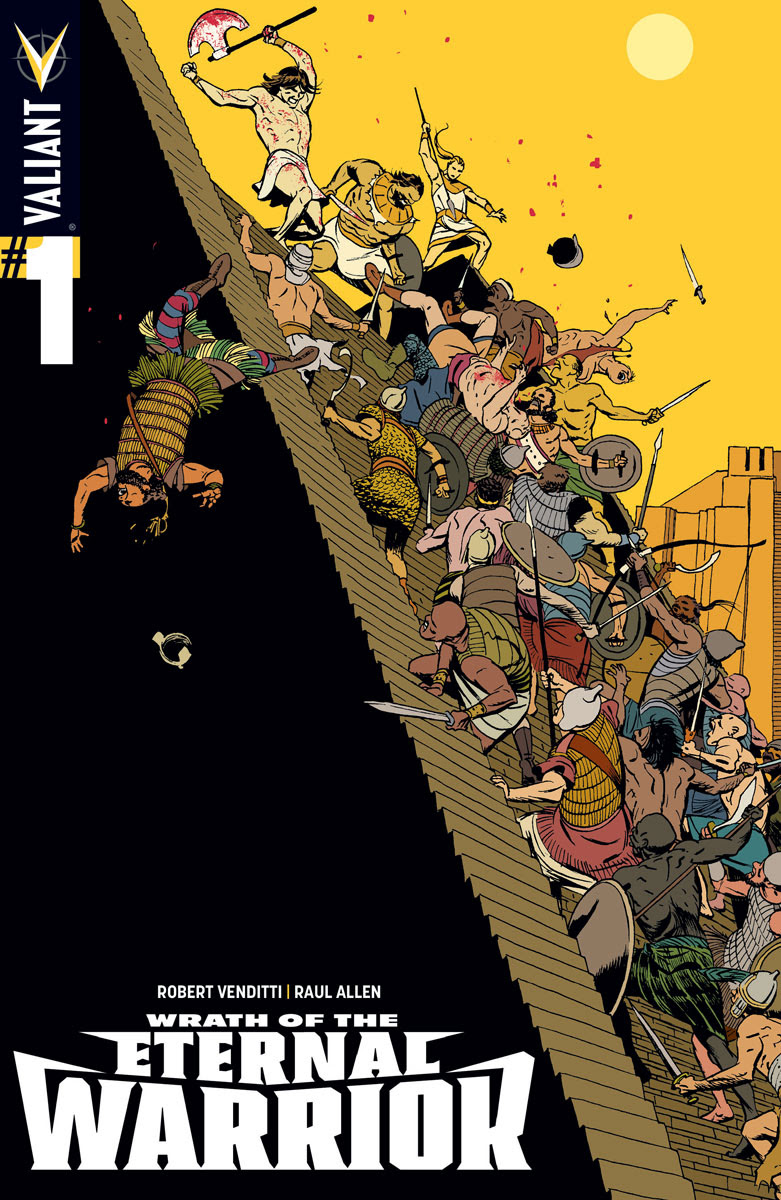 WRATH OF THE ETERNAL WARRIOR #1 – Cover by Marcos Martin 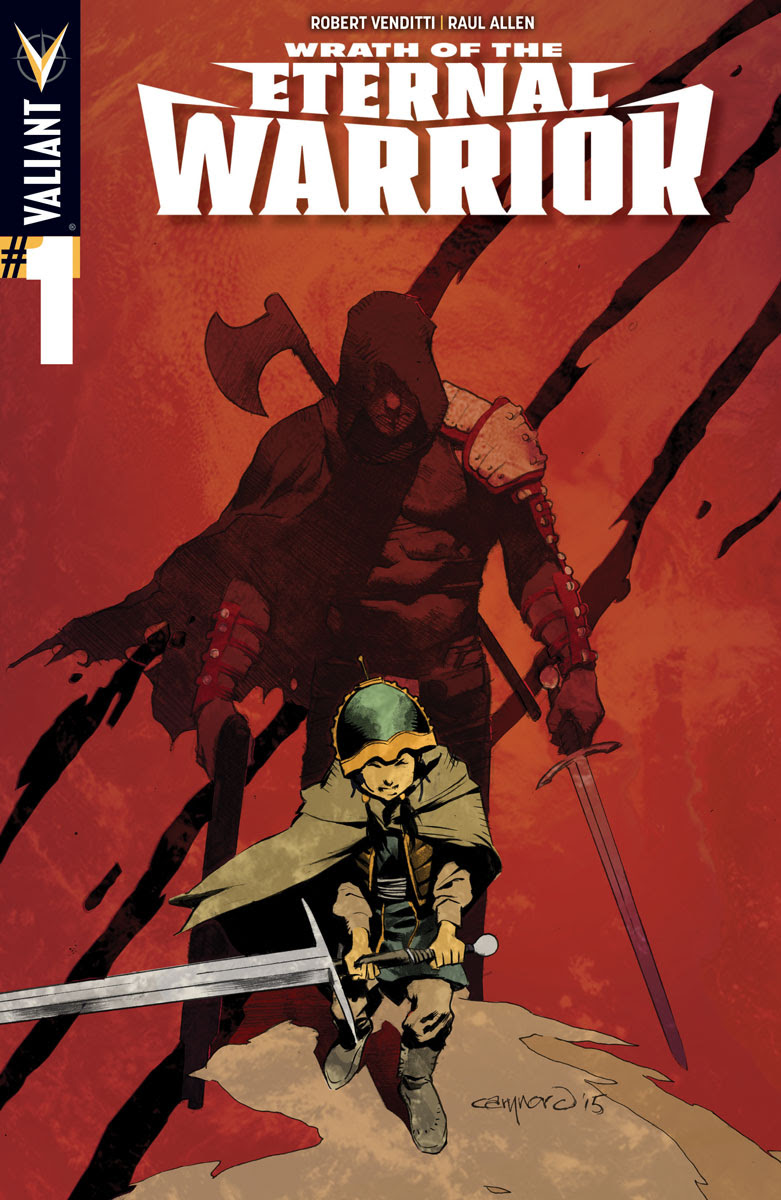 WRATH OF THE ETERNAL WARRIOR #1 – Cover by Cary Nord 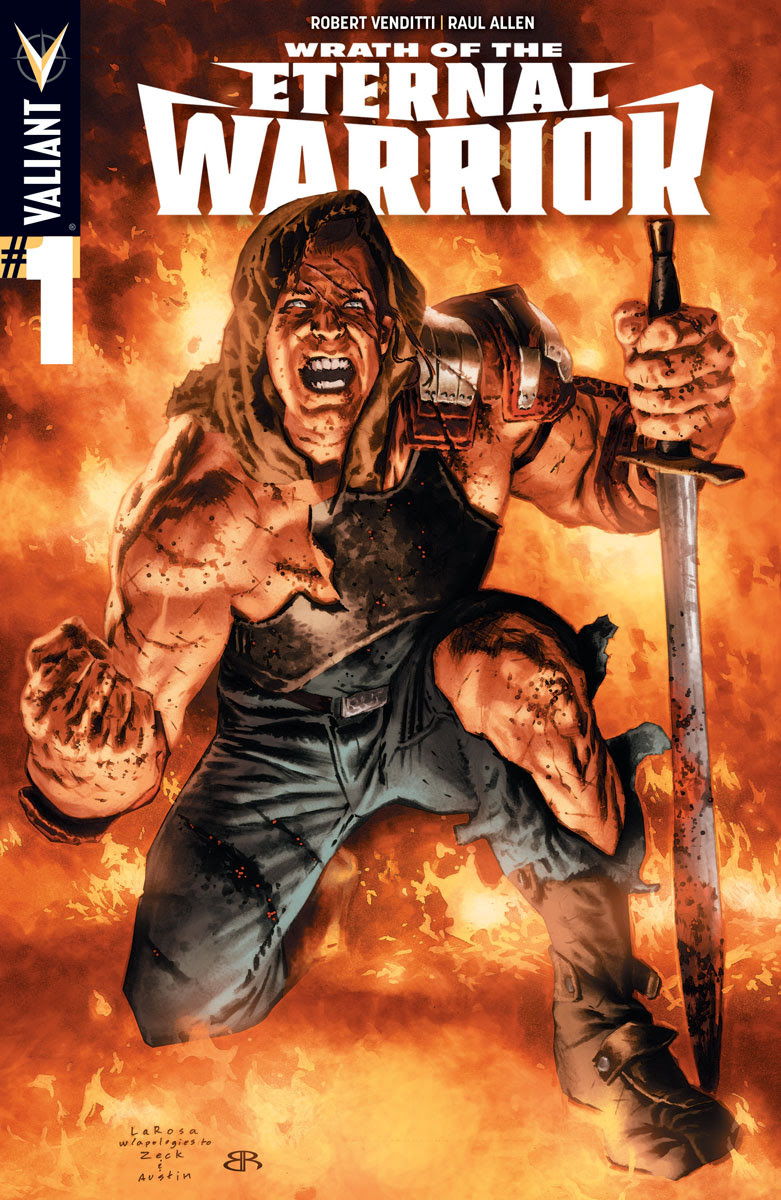 WRATH OF THE ETERNAL WARRIOR #1 – Cover by Lewis LaRosa