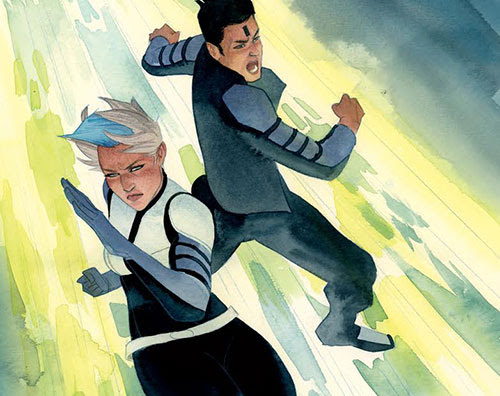 In time, even the dead may die…and, this December, Valiant’s premier husband-and-wife paranormal investigation unit is all that stands between the mortal world and an unrelenting force hellbent on the annihilation of all souls…dead and alive!

Valiant is proud to announce THE DEATH-DEFYING DR. MIRAGE: SECOND LIVES #1 (of 4) – the long-awaited follow-up to 2014’s hit series, THE DEATH-DEFYING DR. MIRAGE, from the returning creative team of Eisner Award-nominated writer Jen Van Meter (Hopeless Savages) and acclaimed artist Roberto de la Torre (Daredevil)! At last, the death-defying Doctors Mirage are back with the much-anticipated sequel to their critically adored, sold-out debut…and an all-new jumping-on point for one of the most sought-after couples in comics!

Shan and Hwen Mirage lived their lives thrall to an epic love that few will ever have…and died tragically before their time. Pulled back alone from beyond the brink of death, Shan thought she had lost her beloved husband and soulmate forever. But, gifted with the power to speak with the dead and armed with years of experience in the otherworldly, she braved the depths of the underworld and returned her husband’s lost spirit to the land of the living. Now reunited, Shan and Hwen once again have a bright future ahead of them…but Hwen is still an intangible spirit of the dead. Though his company is a comfort to Shan, he still cannot open a spell-book, lift an occult artifact, wield an instrument of power…or so much as touch his wife.

With their options exhausted, the death-defying Doctors Mirage are about to risk everything and enact a dangerous spell to restore Hwen’s solid form…and grant his ghost a second life. But, in the wrong hands, their ancient rite will become a tool of terror – and unleash a force of pure, homicidal evil that lusts for the murder of the living and the dead alike…a torturous death that obliterates not just everything a person ever had in this world, but everything their ghost will be in the next!

Now Shan and Hwen Mirage must stop the vile being they’ve unwittingly released…but even they can’t do it alone. And, soon, they’ll be forced to turn for help to the last devil they ever want to deal with…

“I’m thrilled that the response to the first series was such that Valiant wanted me to do more, and this seemed the most natural of the ideas to pursue next… This is a comic book about a kind of funny, but bad-tempered gal and her ghost husband fighting ghost crime and hanging with their witch friends and being awesome,” said writer Jen Van Meter. “But I’d love it if the the readers and we can get to the end and have shared a story that maybe says a couple thoughtful things about the hard work that goes into rebuilding a relationship after time apart and after, in some sense, serious injury.”

This December, the death-defying Doctors Mirage delve into the darkness behind the Valiant Universe for a daring new limited series adventure! Don’t miss the next installment of one of 2014’s most acclaimed new series here as Shan and Hwen Mirage discover the true price of love lost and devotion returned in THE DEATH-DEFYING DR. MIRAGE: SECOND LIVES #1 (of 4) – featuring covers by Kevin Wada (She-Hulk) and more! 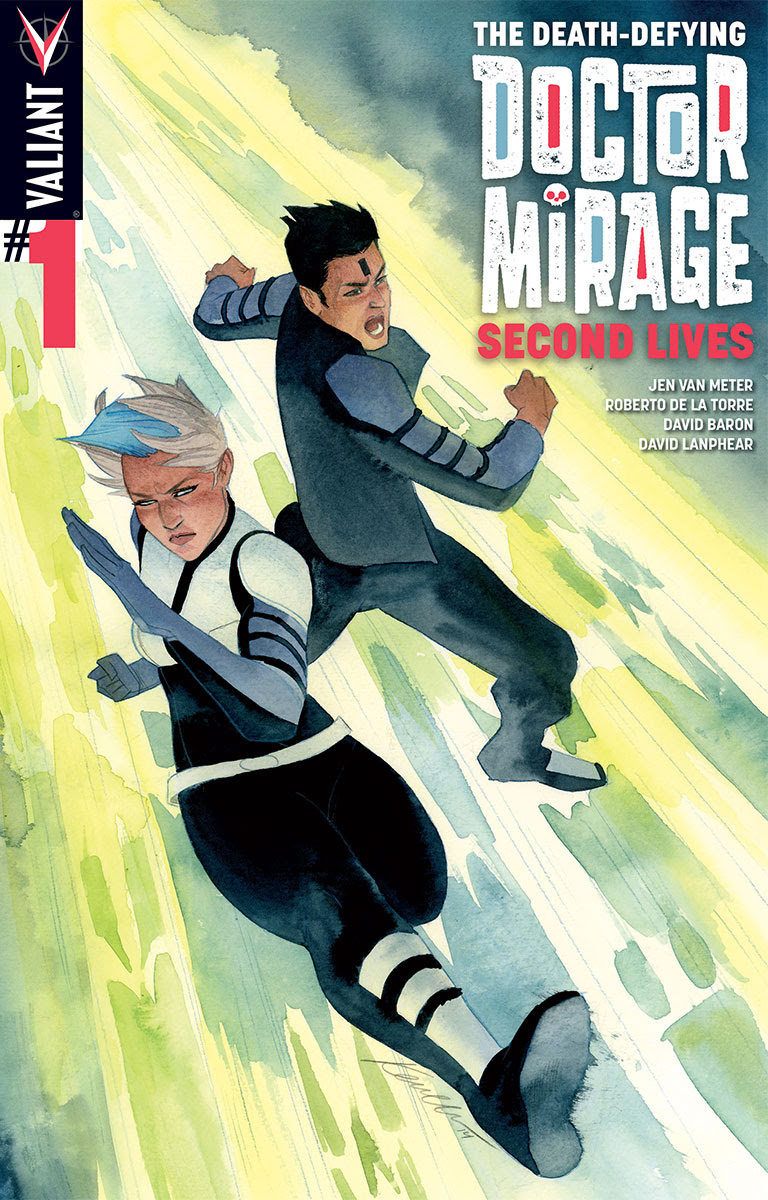 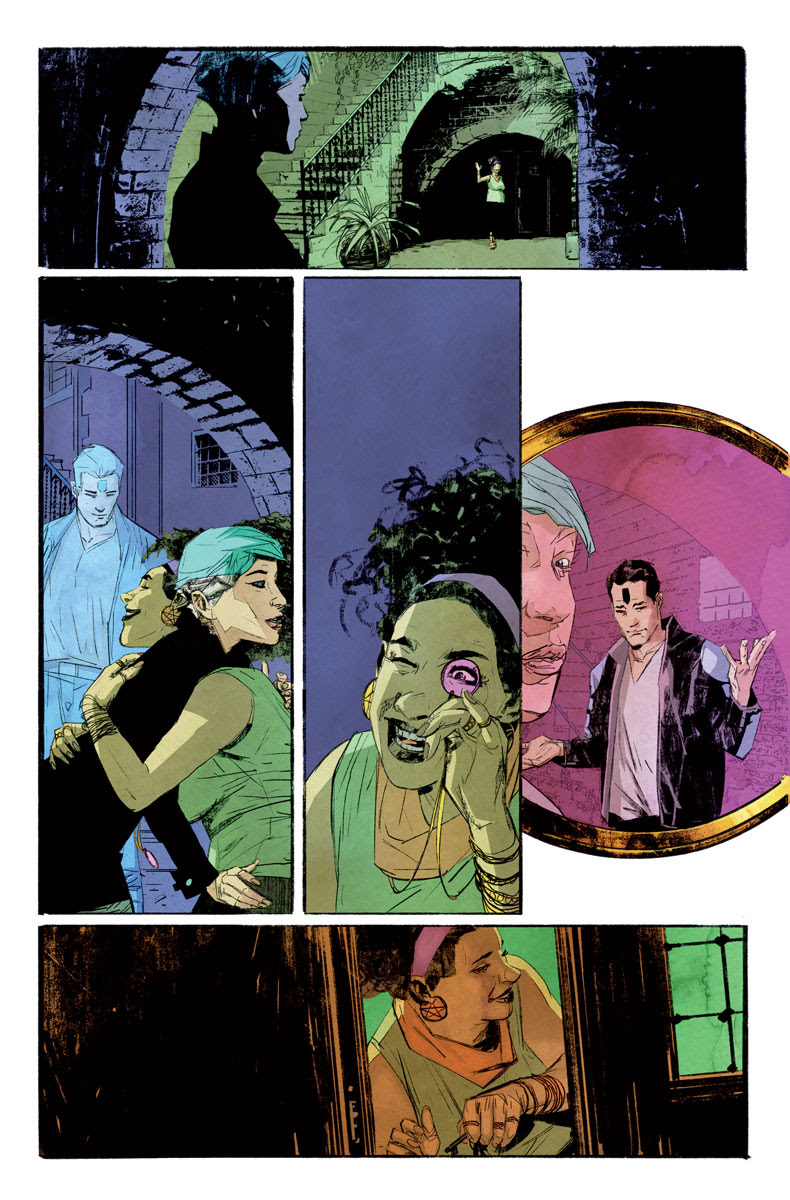 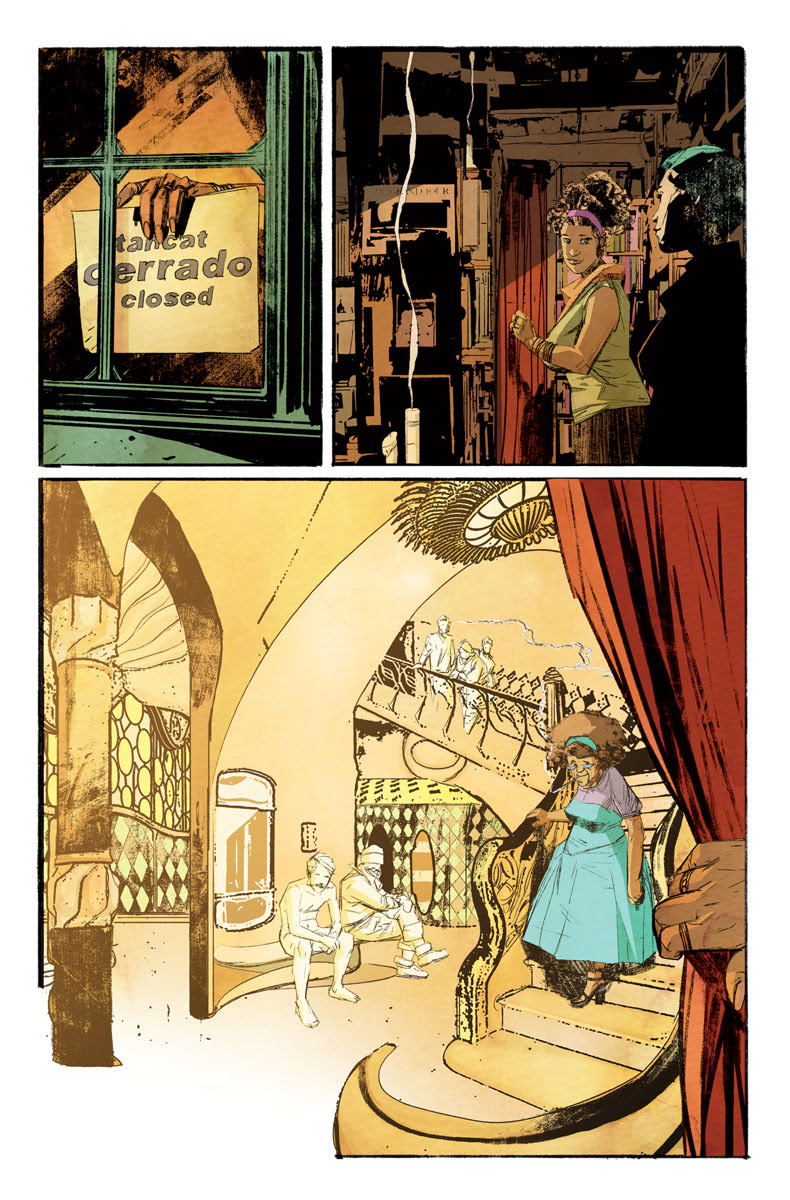 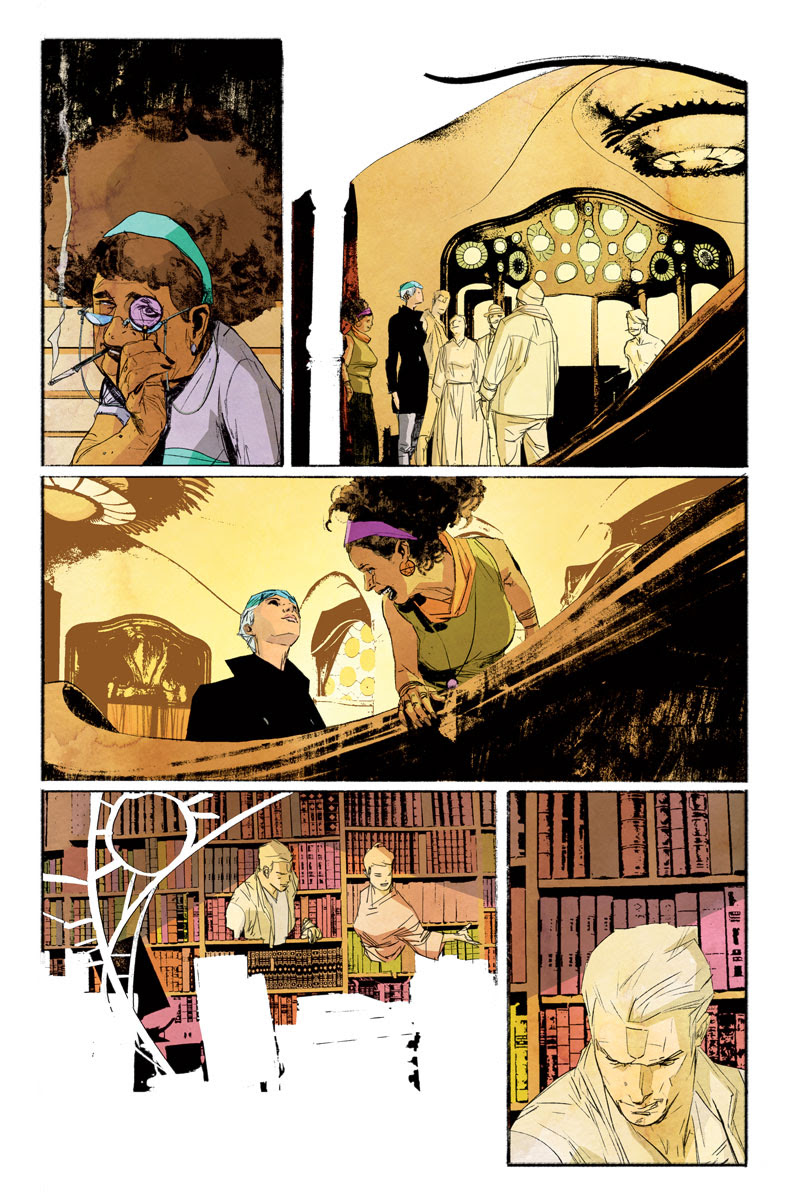