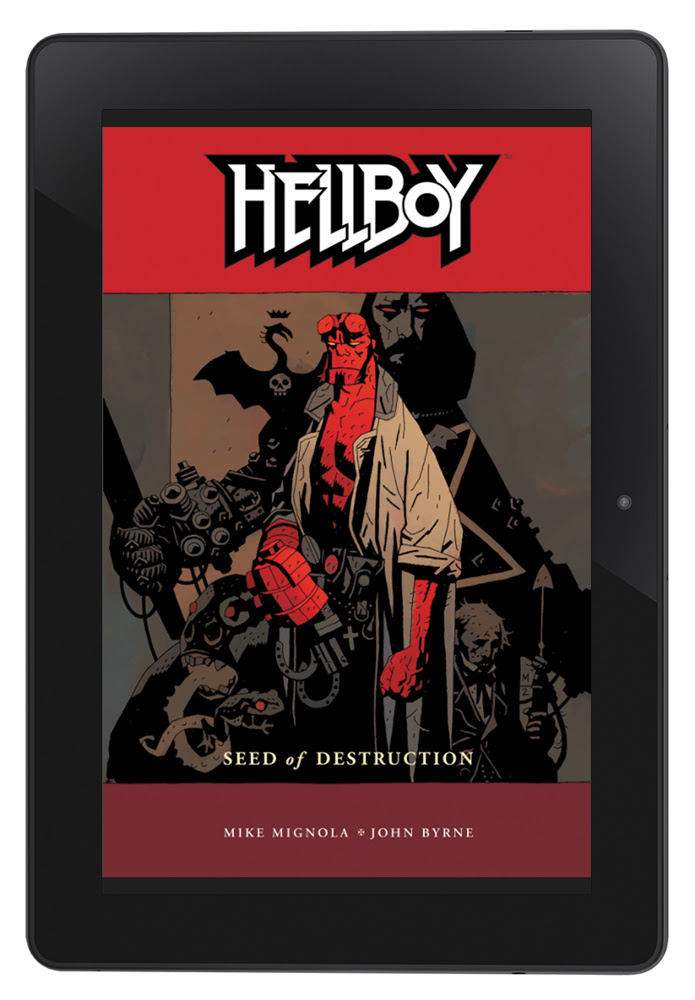 “We are very excited to announce that we have reached an agreement which brings the Dark Horse catalogue found in the Kindle Store to the comiXology platform,” remarked President and Publisher of Dark Horse Comics Mike Richardson.  “For the first time, hundreds of Dark Horse graphic novels will be available to comiXology’s devoted readers. The technology is stellar and we are pleased that our books will be showcased flawlessly.”

“I’ve been a fan of Dark Horse since I was a kid – and have continued to be so throughout their rich history – so this is an important addition to comiXology not only for me personally, but for our customers,” said comiXology co-founder and CEO David Steinberger. “ComiXology fans have requested Dark Horse from day one and now they’ll get their wish by being able to read titles like Hellboy, Sin City, Buffy the Vampire Slayer, Avatar: The Last Airbender and The Goon right now on comiXology, in terrific HD and in Guided View!”

More than 800 titles launch today on comiXology from Dark Horse, including the following fan-favorites:

With over 75,000 comics, graphic novels and manga from more than 75 publishers, comiXology offers the widest selection of digital comics in the world. ComiXology’s immense catalog and cinematic Guided View reading experience make it the best digital platform for comic and graphic novel fans worldwide.

Find your favorite comics and graphic novels at comixology.com and try the comiXology app available on all major mobile platforms.