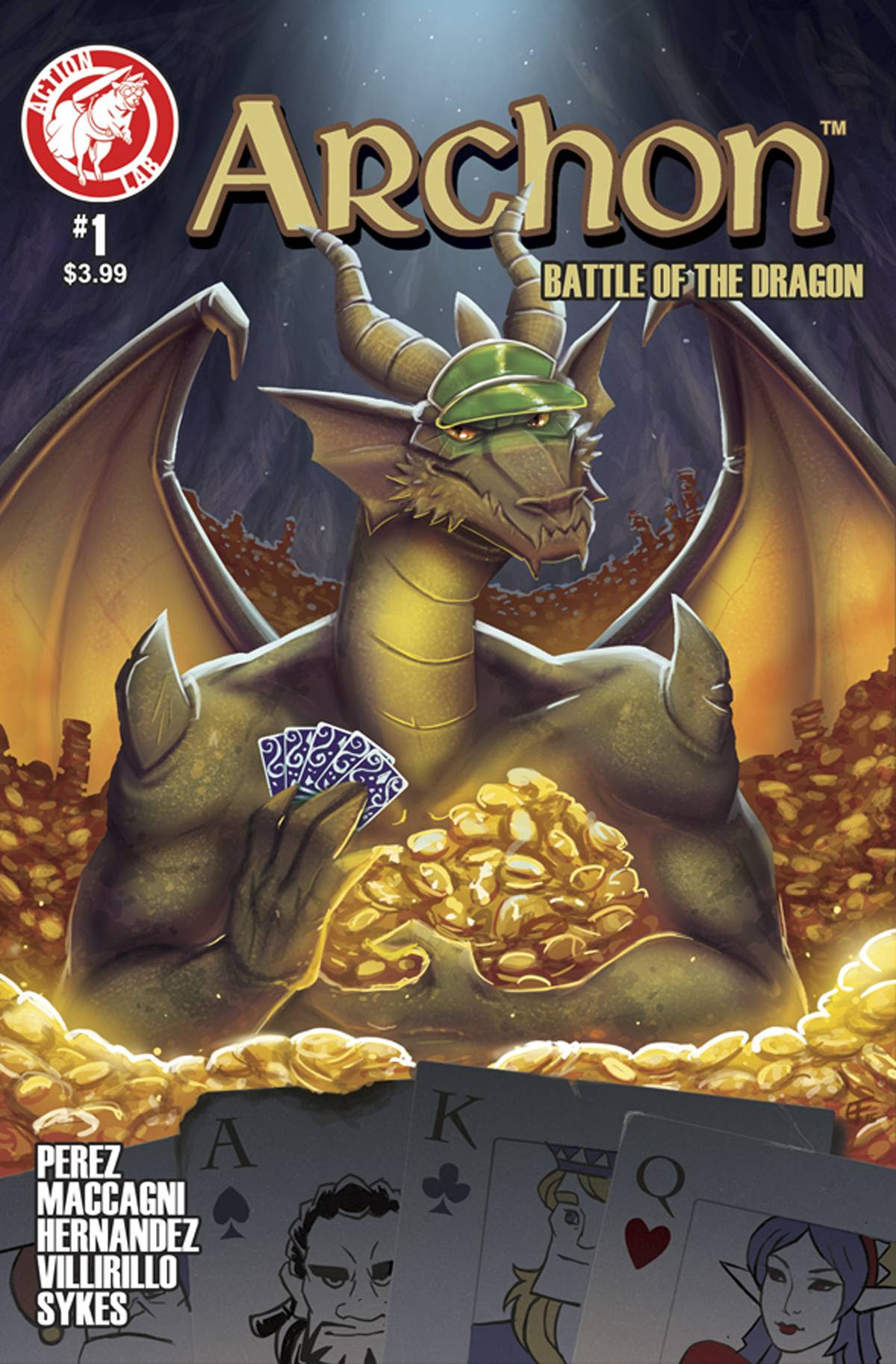 Lab Entertainment is no stranger to fantasy titles. Princeless, Beyond the Western Deep, and Vamplets all have an element of sword and sorcery, but never has a title brought that into the real world. That is, until now. ARCHON: BATTLE OF THE DRAGON is a, “1980s sword and sorcery fantasy/thriller set in a medieval themed Las Vegas Casino,” according to series creator, John Perez. “When Gareth Thompson, a hard accented Southerner, Vietnam veteran and single father accepts a security job at the Archon he soon discovers all his orc, elf and dragon coworkers are not people in costumes but actual creatures of myth and legend. It’s a world where dwarves are bartenders, gnomes are valets, elves are accountants, dragons are Wall Street hustlers and everyone is looking for a slice of the American dream.” 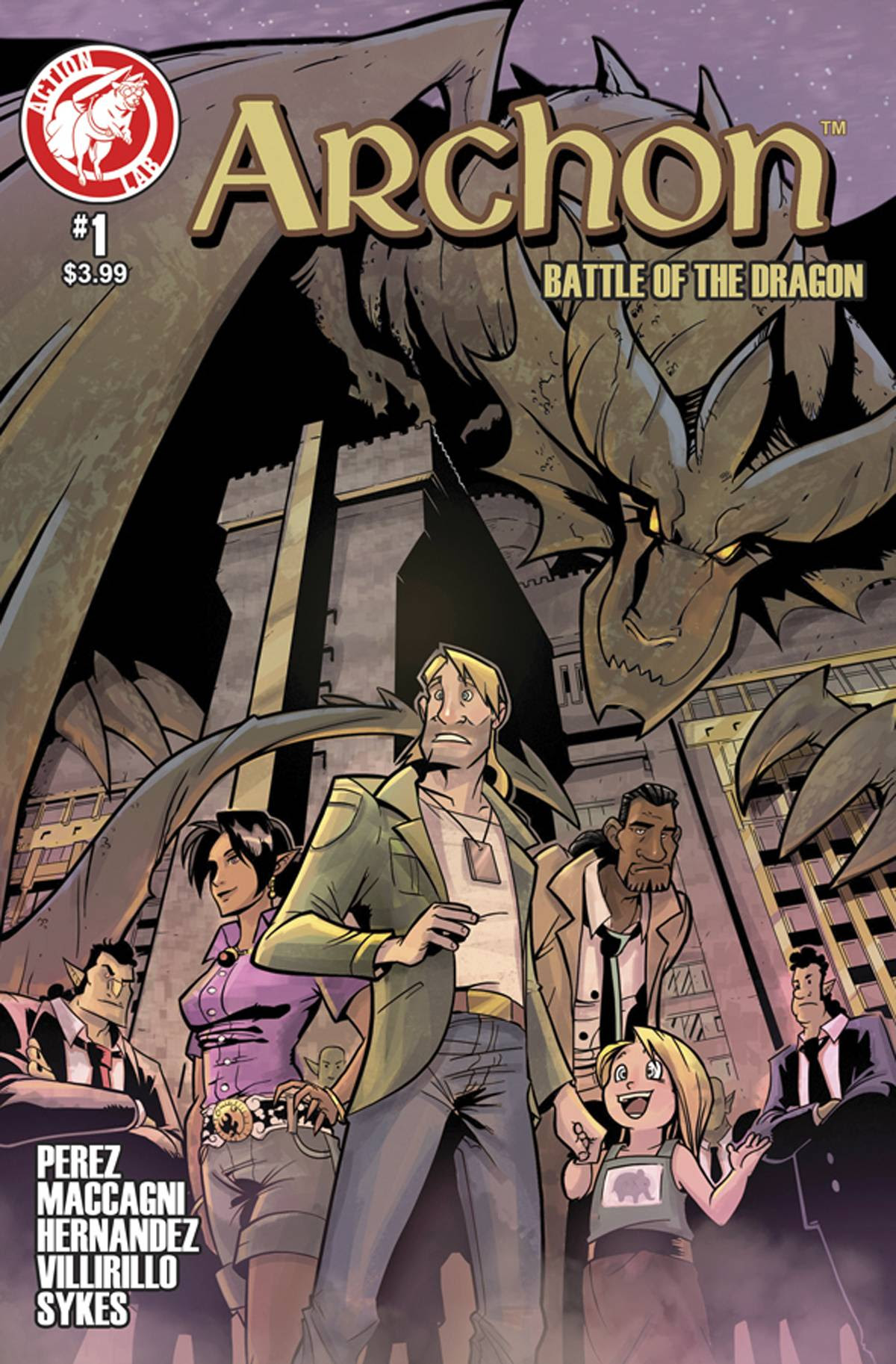 Perez on the title is artist Marco Maccagni. Says Perez, “He stood out immediately when I did a general call looking for an illustrator choosing the most difficult pages for his proof of concept. His style works brilliantly for Archon, which at its core is a whimsical contemporary fantasy tale.”

There is an added bonus in every issue of ARCHON…that of an actual tabletop gaming campaign. “The supplemental material in the back is for obsessives, like myself. It gives additional info on the world, albeit its written under the guise of a D&D dragons manual meant for kids, but it’s actually doublespeak.” This added element makes ARCHON an immersive experience for the reader.

ARCHON: BATTLE OF THE DRAGON is currently available for pre-order in Diamond’s Previews catalog, under the Action Lab Entertainment section, and ships with two covers. The Marco Maccagni cover (JUN150854) and the Erin Fusco cover (JUN150855), which is limited to 2000 copies.

Like Loading...
Previous article
Valiant Solicitations for SEPTEMBER 2015
Next article
“ARROW”SEASON THREE & “THE FLASH” SEASON ONE BLU-RAYS GET A SEPTEMBER RELEASE