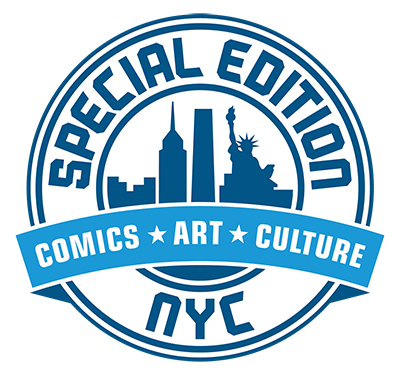 On Saturday, June 6th and Sunday, June 7th, join Valiant Entertainment at New York City’s Pier 94 for a weekend packed with BOOK OF DEATH giveaways and programming – plus special guests, creator signings, convention-only exclusives, new merchandise, and more from the best that the Valiant Universe has to offer.

It all starts at Booth #915, where fans can begin the march toward Valiant’s blockbuster summer event with free BOOK OF DEATH posters, bookmarks, and pre-order coupons, right here at Special Edition: NYC 2015!

So let it be written… So let it be done… This summer, the next two thousand years of Valiant history collides with the most powerful heroes of today in BOOK OF DEATH #1 (of 4) – the 40-PAGE FIRST ISSUE of Valiant’s cataclysmic event from New York Times best-selling writer Robert Venditti (ARMOR HUNTERS, Green Lantern) and earth-shaking artists Robert Gill (ETERNAL WARRIOR) and Doug Braithwaite (UNITY)!

Now we know. The Book of the Geomancer has recorded it all. But only a young girl – the last in a line of the enigmatic mystics who protect the Earth known as Geomancers – has seen this future come to pass, from the coming cataclysm to the dawn of the 41st century. Alone with her sworn protector, the Eternal Warrior – a soldier battle-forged across five thousand years of combat – the duo must defy their allies to stop the Dark Age that now threatens to eclipse our world.

Together, they are the number one target of every hero and villain on Earth. Either the Eternal Warrior hands her over…or they take him down. But can even he single-handedly protect one child when the entire Valiant Universe wages war against him?

For tickets and directions, visit SpecialEditionNYC.com. 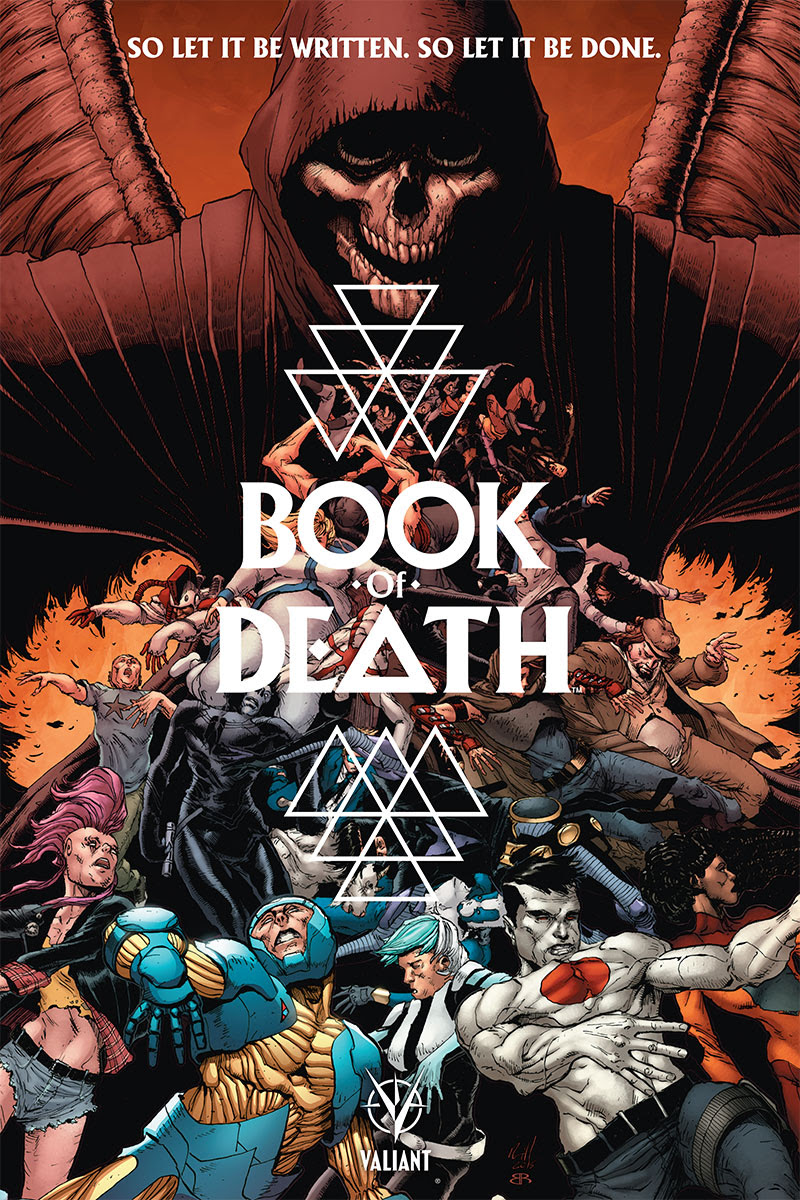 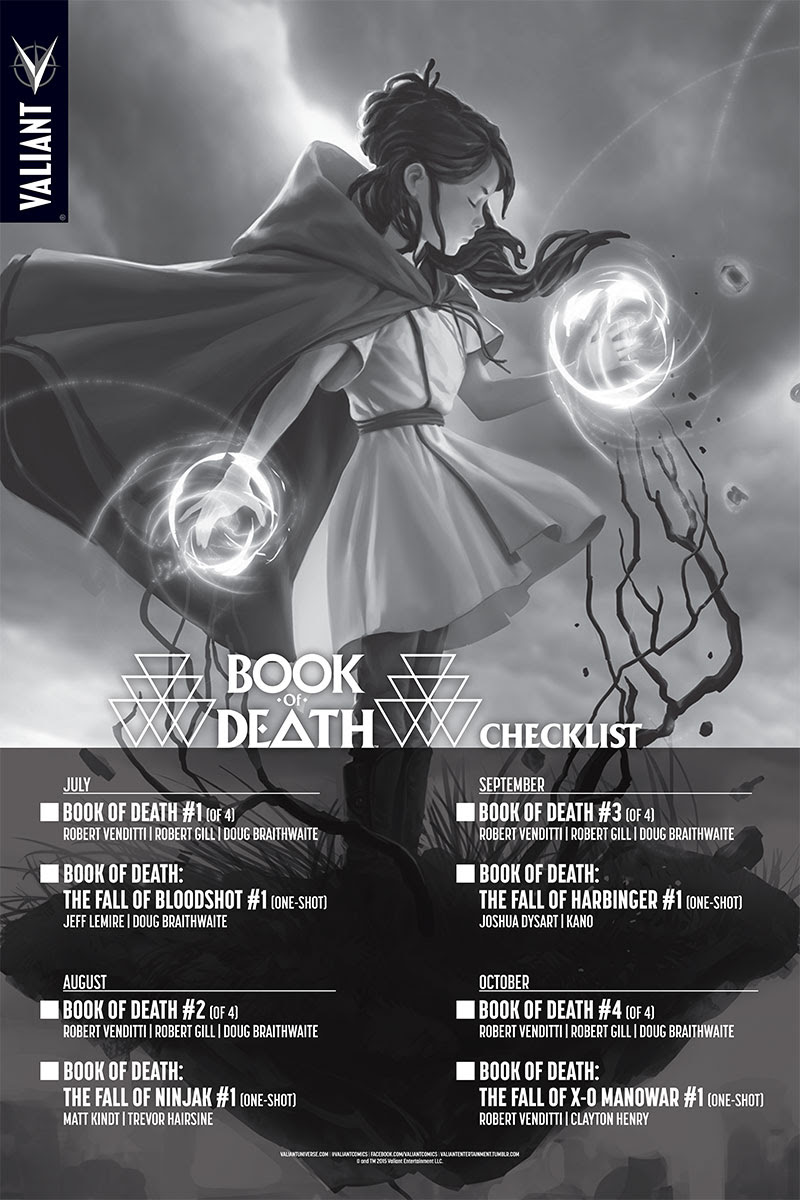 BOOK OF DEATH – Poster (Back) 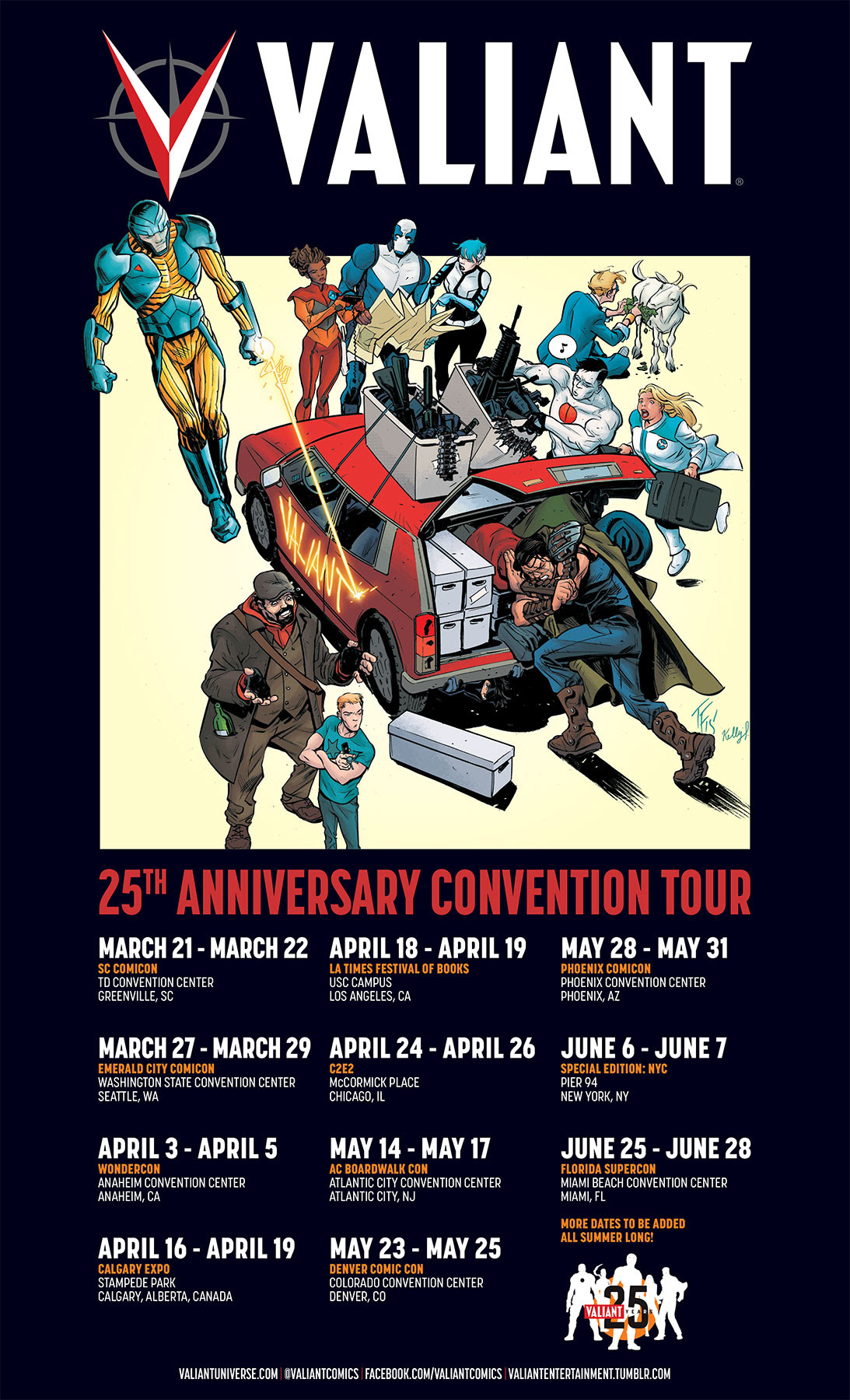