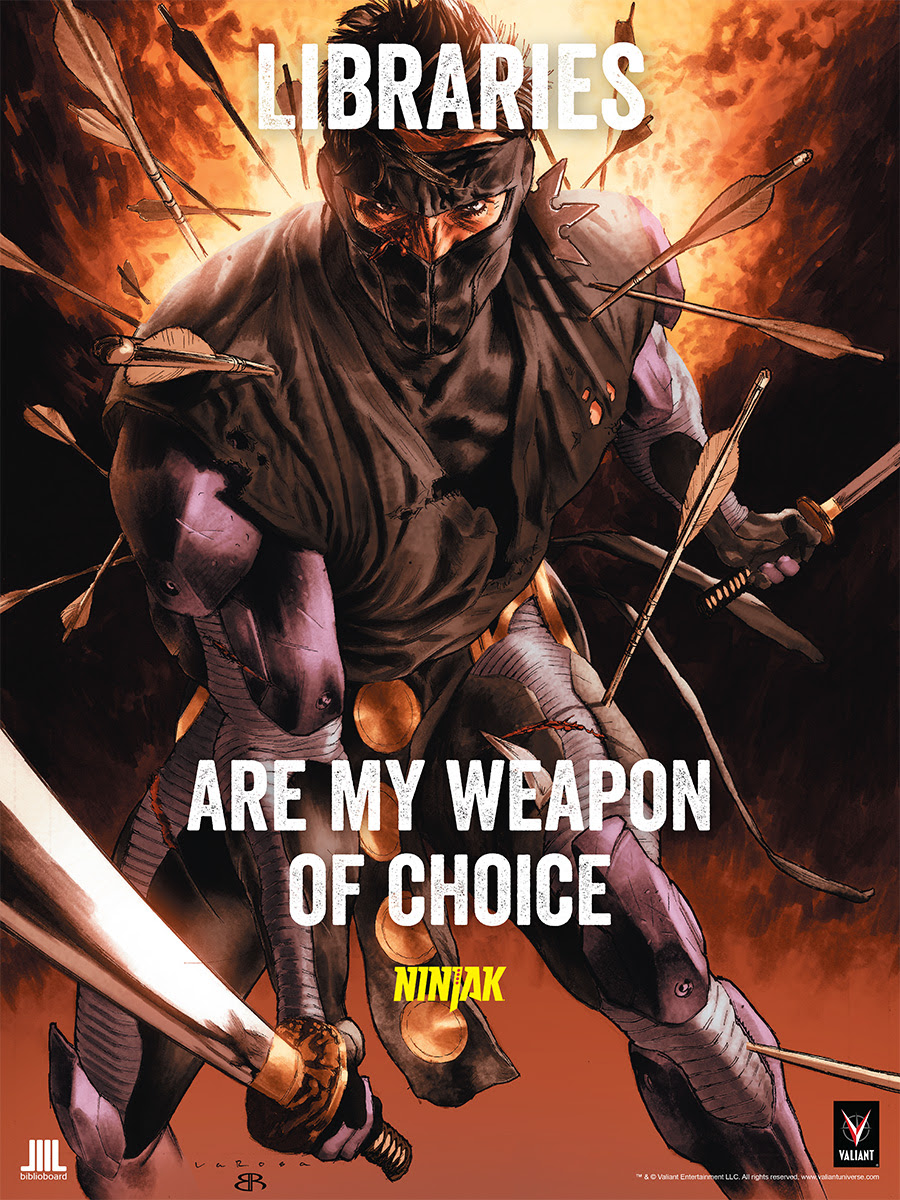 BiblioBoard today announced a new partnership with Valiant Entertainment to bring the publisher’s award-winning library to BiblioBoard’s Comics and Graphic Novels catalog for digital consumption in libraries nationwide. Spanning nearly one thousand titles, from Bloodshot to Divinity to Quantum and Woody and X-O Manowar, Valiant’s beloved universe of superhero characters are now available at the click of a button on BiblioBoard Library with no multi-user limitations or turnaways. This means no checkouts, returns or waitlists.

Celebrating its 25th anniversary in 2015, Valiant is one of the most successful comic book publishing companies in the history of the medium with more than 81 million comics sold and a library of more than 2,000 distinct characters, including X-O Manowar, Bloodshot, Harbinger, Shadowman, Archer & Armstrong, and many more. Established by a brain trust of legendary comics creators – including former Marvel Editor-in-Chief Jim Shooter; seminal Iron Man writer and artist, Bob Layton; and the visionary writer and illustrator of Wolverine: Weapon X, Barry Windsor-Smith – Valiant’s heroes and villains inhabit the largest independently owned superhero universe anywhere in comics.

In recent years the company has returned to great commercial and critical success, winning a Diamond Gem Award for Publisher of the Year and numerous industry awards and accolades. Valiant’s titles consistently rate among the best reviewed in comics.

“Libraries are critical centers for community, youth and the arts. At Valiant, we’re highly committed to working with libraries and librarians to reach the next great generation of fans and readers,” said Valiant Chief Operating Officer & CFO Gavin Cuneo. “Libraries are rapidly expanding in the digital space and BiblioBoard is uniquely positioned to help us achieve our mission.”

BiblioBoard’s Comics and Graphic Novels catalog now contains over 3,500 titles with nearly one thousand titles from Valiant. Valiant Entertainment’s content is being sold as a ReadersFirst, subscription-pricing model with pricing tiered per library size, putting the collection within the budget of any library.

“From strong female roles to intriguing character backstories, the Valiant Universe of characters are relatable to library patrons. The comic book space is changing and Valiant is committed to providing libraries content in a sustainable manner to expose their characters to new fans,” says Jonah Canter, Director of Publisher Relations The new content is available in BiblioBoard’s Comics and Graphic Novels catalog accessible on both the web and through award-winning native apps on Apple and Android tablet devices.

About BiblioBoard
BiblioBoard is the PatronsFirst™ mobile library. The folks behind BiblioBoard are a powerful team based in Charleston, S.C. They aim to transform access to information by providing a world-class user experience that thrills library patrons and is profitable for publishers. BiblioBoard is moving library content delivery into the future in a sustainable way. BiblioBoard, used by nearly 2,700 libraries and in three statewide eBook projects, reaches 30 million patrons. BiblioBoard has won numerous design and product awards including the 2014 Modern Library Award.

About Valiant Entertainment
Valiant is a leading character-based entertainment company with a library of over 2,000 characters, including X-O Manowar, Bloodshot, Shadowman, Eternal Warrior, and many more. Established in 1989, Valiant has sold over 80 million comic books, and today its characters continue to be forged in publishing, licensing, film, video games, and beyond. Since its summer 2012 relaunch, Valiant has returned to the fore as one of the most highly regarded publishers in comics, winning a Diamond Gem Award for Comic Book Publisher of the Year. Visit them online at ValiantUniverse.com.