May 5, 2015
The Taylor Network
no comment on IDW & Marvel Comics Align On STAR WARS
Artist’s Editions And Micro Collectors Fun Packs Are Coming in 2015

San Diego, CA (May the 4th Be With You, 2015) – IDW Publishing and Marvel are proud to announce that they will expand their relationship once again… this time in a galaxy far, far away! 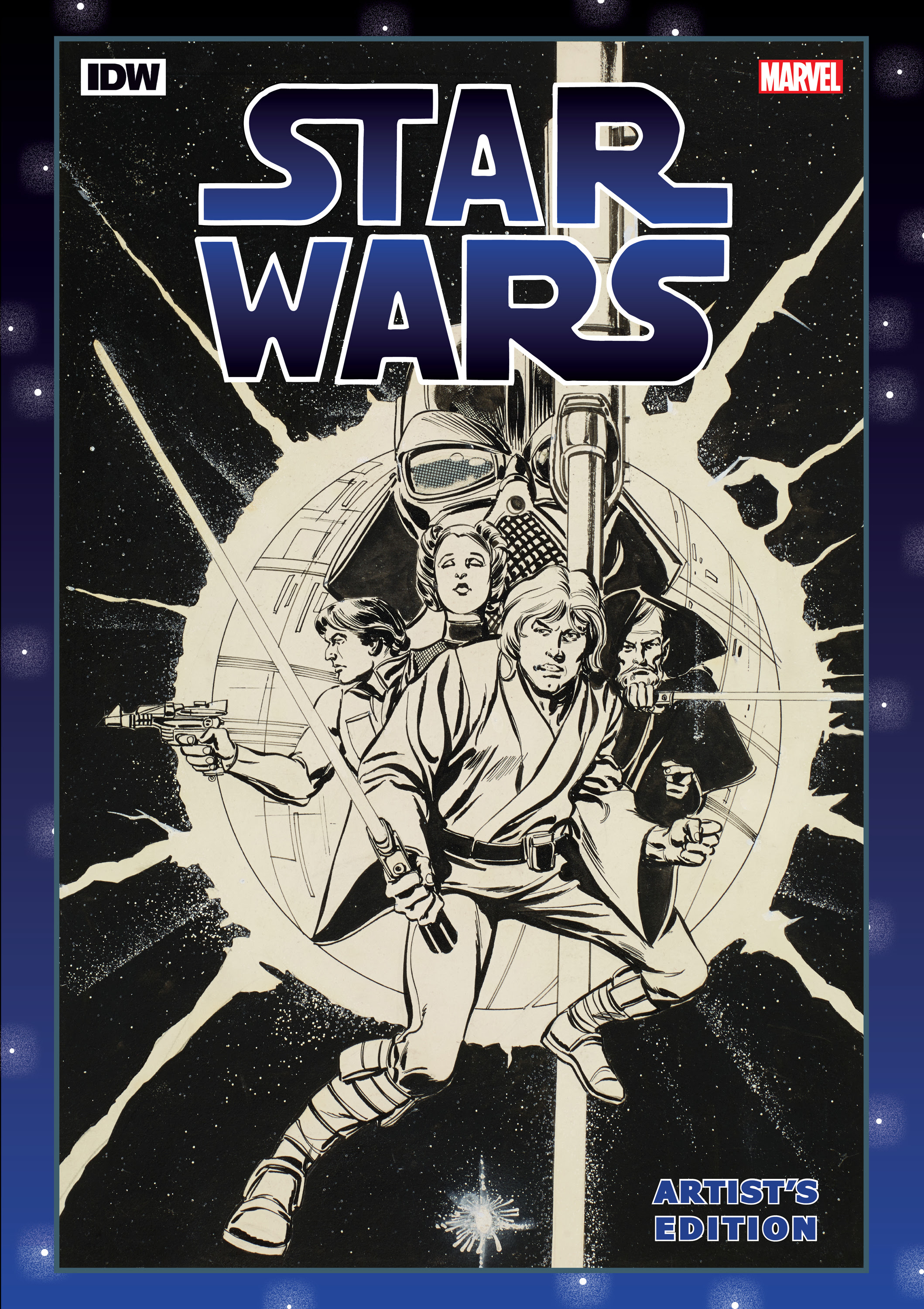 Ever since Star Wars took the world by storm in 1977, comic books have been an integral part of building its massive mythology. Now IDW Publishing is bringing Marvel’s wildly successful run of Star Wars comics to two unique formats that IDW pioneered.

“Marvel has been a terrific and loyal partner, and Star Wars represents an incredible opportunity to further expand our relationship,” said IDW President and COOGreg Goldstein.

IDW Publishing’s award-winning Artist’s Edition line presents complete stories with each page scanned and printed directly from the actual original comic book art at full size. While appearing to be in black & white, each page has been scanned in color to mimic as closely as possible the experience of viewing the actual original art—affording readers the opportunity to see blue pencils in the art, editorial notes, art corrections, etc.

This amazing and unique line has previously featured some of Marvel’s most beloved characters and creators, like Walter Simonson’s The Mighty Thor, John Romita’s The Amazing Spider-Man, and David Mazzucchelli’s Daredevil Born Again. In late fall of 2015, IDW and Marvel will team up once again to add Marvel’s Star Wars creators to this already illustrious list.

“Since the inception of our Artist’s Edition program, we’ve had Star Wars on our wish list,” saidGoldstein. “During its original nine year run at Marvel, an all-star list of artists provided material for these now classic comic books from the likes of Howard Chaykin, Walter Simonson, Carmine Infantino, Tom Palmer, and of course the legendary Al Williamson, to name a few.”

“The collaboration between IDW and Marvel has produced some of the most immaculate collections of reprinted original comic book material ever to be offered,” says Marvel SVP Sales & Marketing David Gabriel. “Now with the addition of the Marvel Comics’ 1977 Star Wars being gathered in this over-sized format, this collection truly is a pantheon of content that any and all fans of Star Wars will want to get their hands on.”

Like Loading...
Previous article
The Strain Season 2 Teaser Art and Trailer
Next article
Shonda Rhimes to adapt the book “The Warmth of Other Suns”