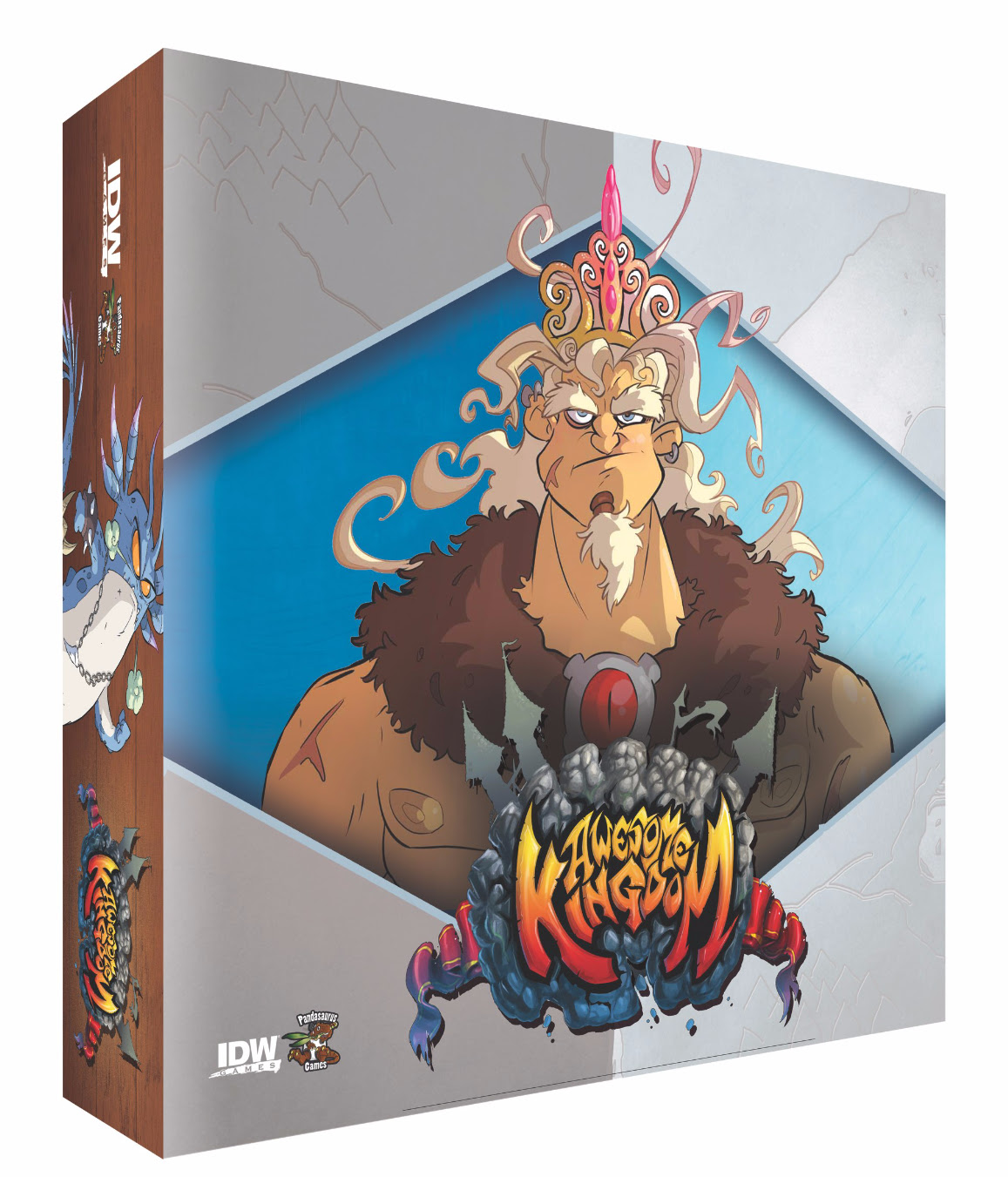 “Awesome Kingdom is inspired by my youngest experiences with roleplaying games. It’s the sort of thing I dreamed up while eating sugar-frosted cereal and watchingSaturday-morning cartoons in the ’80s.” says game designer Kevin Wilson. “I tried to channel that sense of unrestrained fun, and Tower of Hateskull is the result.”

Awesome Kingdom is a lightweight, fast and funny dungeon-crawling card game for two to four players in which they compete to be the most awesome hero after three days of adventuring. Players enter the dungeon as one of eight epic characters, such as the Ragebarian, Prestidigimancer, or Paladude, each bestowed with an appropriately amazing ability. Over the course of play, players have to outmaneuver each other while battling ferocious beasts and avoiding enticing traps, all in the hope of emerging from the tower with the biggest haul and most spectacular trophies.

Look for Awesome Kingdom: Tower of Hateskull to hit stores in July 2015. In the meantime, IDW Games will unveil more details about the card game on www.idwgames.com. And, for up-to-the-minute info, be sure to “like” facebook.com/idwgames and follow @idwgames on twitter.