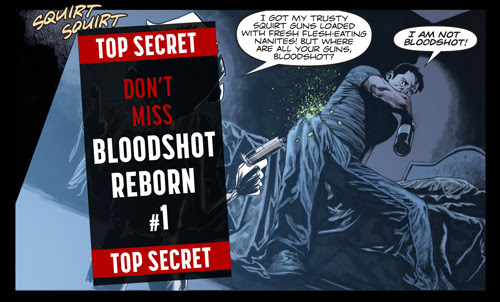 At last, one of the year’s most anticipated new series is almost here…and it all starts next week in BLOODSHOT REBORN #1 by Jeff Lemire & Mico Suayan!

After the devastating finale of THE VALIANT last month, Bloodshot begins a brand new, darker kind of journey in his all-new ongoing series… His nanities may be gone, but the void inside him continues to grow. How will he come with a world he no longer has any power to change? Haunted by the past – and strange new visitors – can the man once called Bloodshot forge a new life even as a brutal killers appear nationwide, seemingly molded in his former image?

Plus: finally check out Jeff Lemire’s top secret art duties in this issue! Exactly what (or who?!) Lemire will be drawing in each issue of this series is a big surprise and we’ve kept it under wraps for months – so try to not spoil it before BLOODSHOT REBORN #1 hits stand next Wednesday!

Also coming next week, Matt Kindt and Pere Perez unleash Livewire in UNITY #17 – the next can’t-miss issue of the hit “HOMEFRONT” story arc! Don’t miss the very first solo tale of Valiant’s most powerful leading lady as Kindt and Perez reveal some shocking new surprises for the character – including a brand new power set!

There is no embargo on reviews, so feel free to post reviews as soon as you’re ready! Links to downloadable PDFs can be found below, but please be a friend of comics and refrain from distributing those links or any of their contents. Or I will be forced to send Ninjak after you.

Now on with the comics! 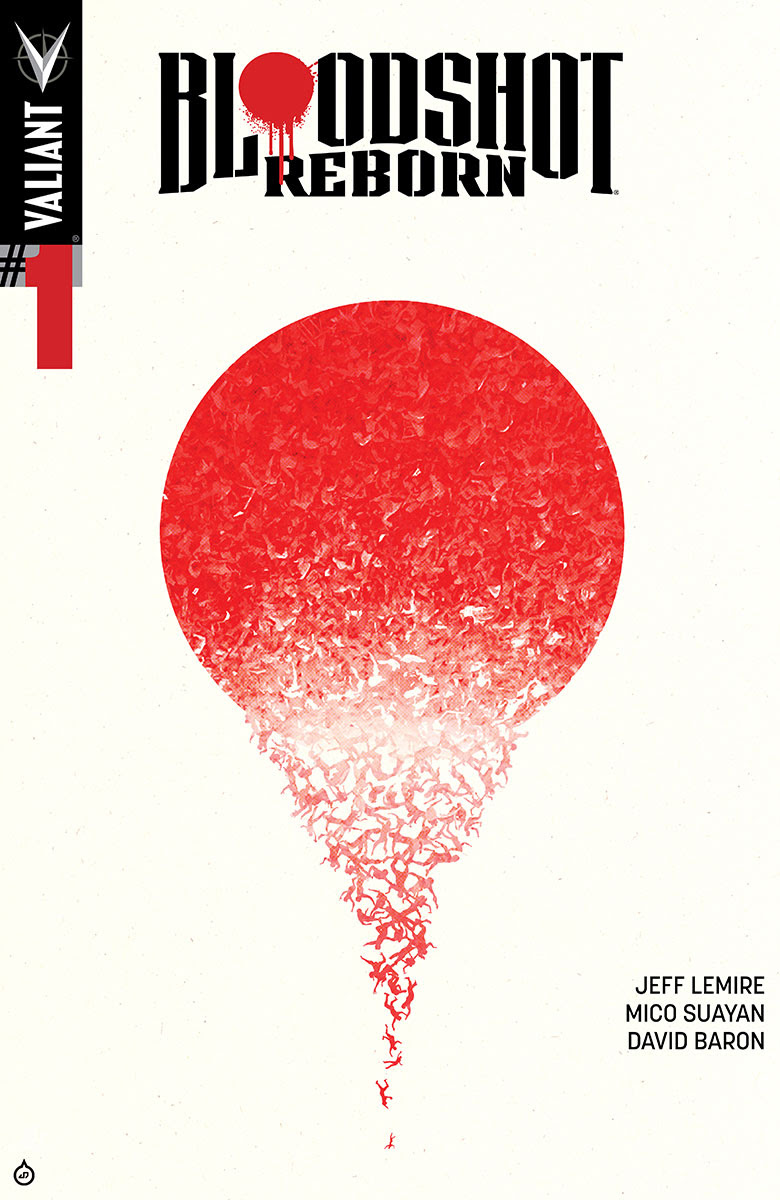 Bloodshot’s nanites made him a nearly unstoppable killing machine. His enhanced strength, speed, endurance, and healing made him the perfect weapon, and he served his masters at Project Rising Spirit – a private contractor trafficking in violence – very well.

Now, Bloodshot is a shadow of his former self. He lives in self-imposed exile, reeling from the consequences of his past life and the recent events that nearly drove him mad. But when a rash of shootings by gunmen who appear to look just like Bloodshot begin, his guilt will send him on a mission to stop the killers, even if it means diving headlong into the violence that nearly destroyed him. 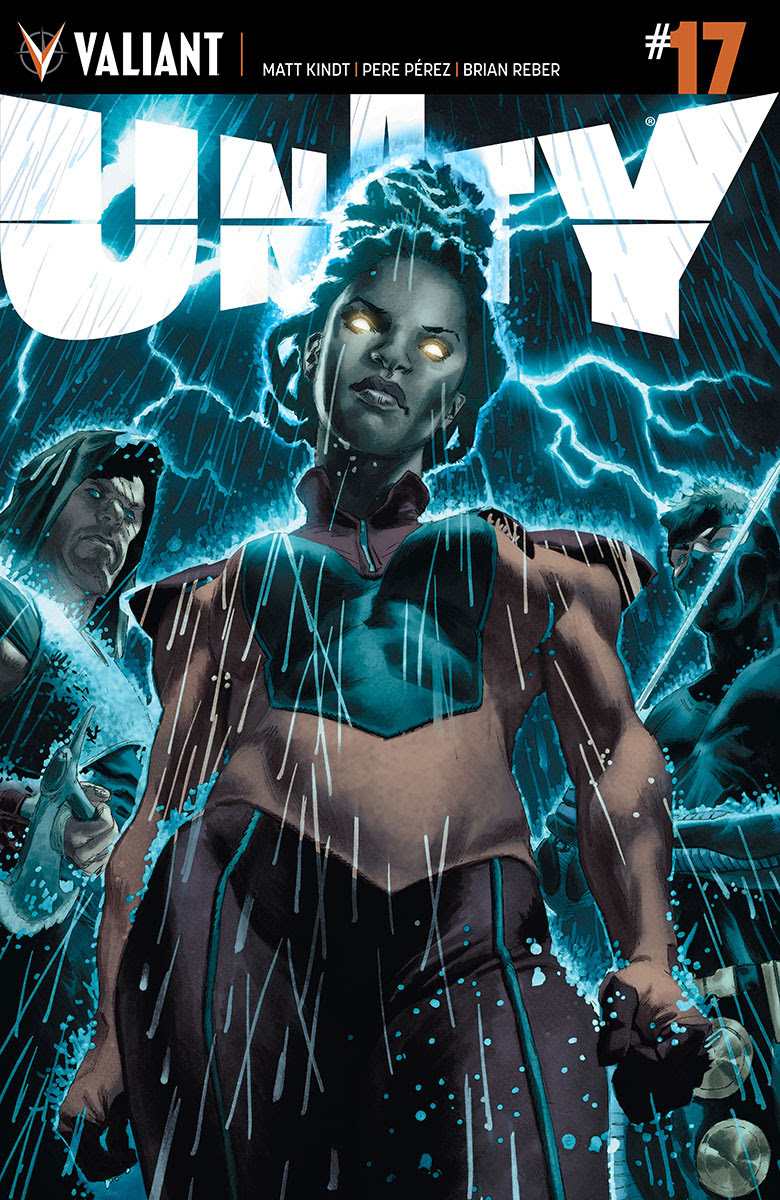 “HOMEFRONT” reaches critical mass as Livewire takes on a deadly solo mission for the future of Unity!

Facing the most challenging battle of their lives, Unity struggles to hang on. Livewire, de facto leader of the team, can barely keep her life together…how can she corral a group of lethal warriors? And if she fails…what price will the world pay?

And just in case you missed them…check out last week’s releases! 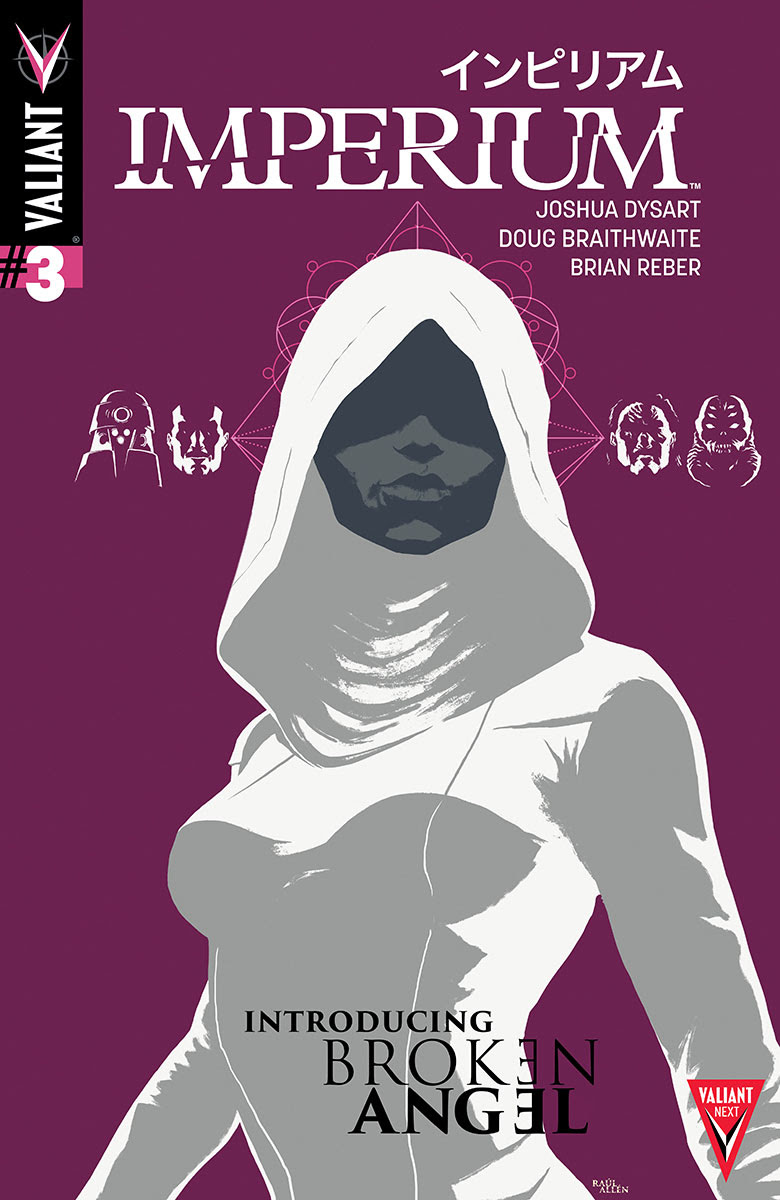 The world-changing event snowballs over the cliff, as the world’s most powerful man — billionaire superhuman Toyo Harada — saves the world at the tip of a sword. Harada is collecting monsters — starting with his pet instrument of death, Mech Major…an unstoppable robot engine of combat and warfare. But there’s more to Mech Major than meets the eye…

“The Battle for New Japan” erupts into all-out war!

Rai has raised an army of former enemies and reluctant allies all in the name of one thing – freedom! It’s the final fight between Father and his prodigal son, except there is no coming back from this as the outcome could spell the end of not just New Japan, but all of Earth!

Like Loading...
Previous article
The Dark Tower in Development for Film an Tevelvision
Next article
No Apologies ep 208 Behemoth