DRIVE follows a young man who escapes to L.A. to do one thing, drive. That’s all he does, and he’s the best. Whether on studio lots as a stunt driver or in high-speed chases evading the cops, there’s no one better behind the wheel. That kind of expertise comes with a hefty price tag and allows for a strict set of principles: “I don’t sit in while you’re planning the score or while you’re running it down… I don’t take part, I don’t know anyone, I drive…” But in L.A.’s criminal underworld, the rules are made to be broken if you want to stay alive. 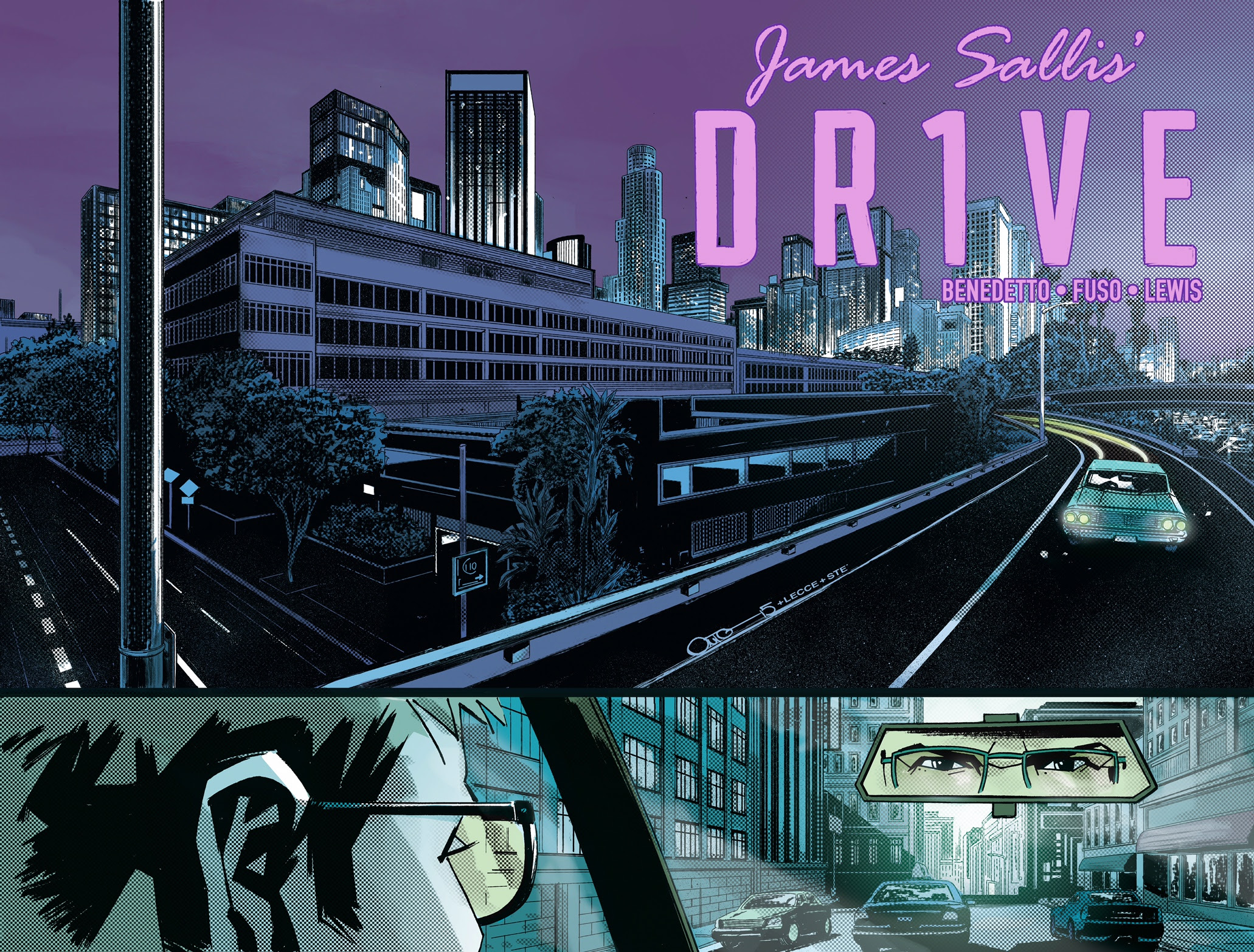 “This is a story that’s practically made for comic books,” offered series editor Justin Eisinger. “DRIVE is a lean, taught story, where the details lend that feel of authenticity. If you’ve cruised the back neighborhoods and streets of Los Angeles — or any metropolis — and you’ve read this book, there’s a tone, a feeling that ties them together. It’s tactile. It’s there and we want to bring those ominous undercurrent vibes to the page.”

“The idea behind DRIVE, the engine, was to write a contemporary equivalent of those muscular original paperbacks from publishers like Gold Medal—something that will translate beautifully into graphic novels,” explained author James Sallis. “I’ve spoken of Nic Refn’s film as a perfect storm, where everything, music, script, acting, came together miraculously. IDW’s DRIVE looks to be another perfect storm. This kind of loving development goes beyond adaptation; it’s true re-creation.”

First published in 2005, DRIVE is a critically acclaimed novel praised by The New York Times as “a perfect piece of noir fiction.” The 2011 award-winning film adaptation featured an all-star cast and was lauded for its hyper-stylized vision of Los Angeles. IDW Publishing’s comic book adaptation celebrates the 10-year anniversary of the novel’s release.