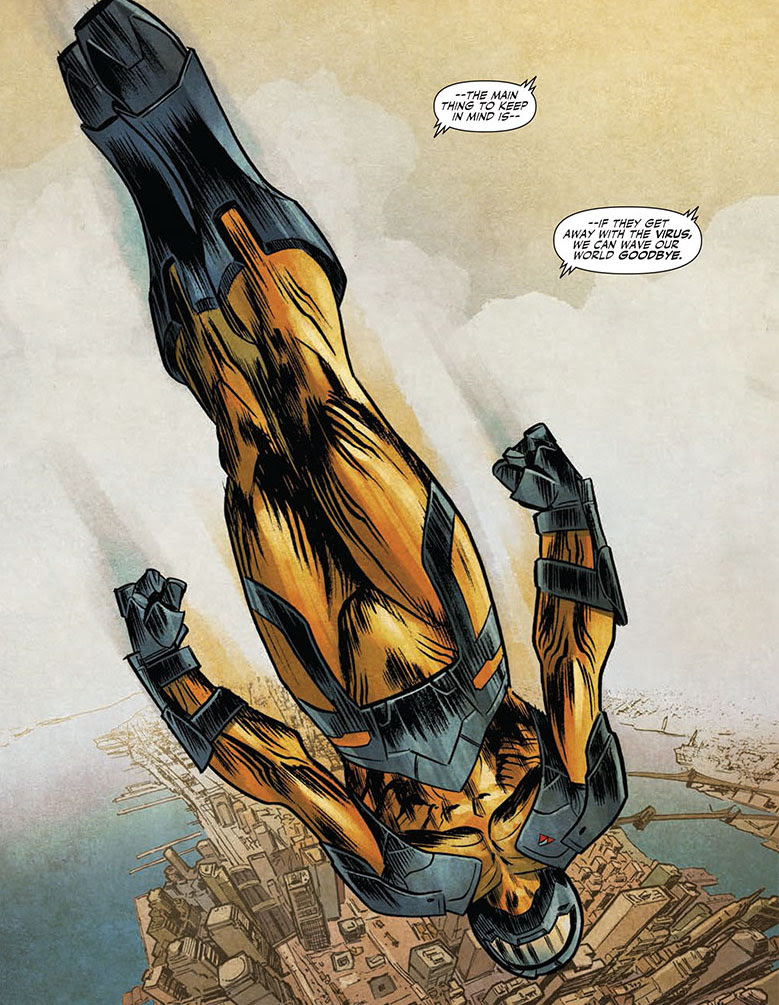 A virus on the loose… A king after him… Things are not what they seem… The search for the secret behind DEAD DROP starts now!

Valiant is proud to present an advance preview of DEAD DROP #1 (of 4) – the FIRST ISSUE of an all-new, four-issue, superhero conspiracy thriller from acclaimed writer Ales Kot (Bucky Barnes: The Winter Soldier, Secret Avengers) and rising star Adam Gorham (Zero)! On May 6th, X-O Manowar leads an unlikely cast of heroes from across the Valiant Universe into a high-stakes hunt through New York City for a lost alien artifact that could soon threaten the entire globe!

There is a secret black market in New York. It is hidden in plain sight – in our streets, trains, restaurants. Those who know how to navigate it exchange secrets of extraordinary nature. But when the secret in circulation is a biological weapon derived from Vine technology, the gloves are off – and the most extraordinary agents are released to stop the disaster before it occurs.

Otherwise, in less than thirty minutes, there will be no world to come back to.

X-O Manowar, Archer, Neville Alcott, Detective Cejudo and Beta-Max are ready to save the world. 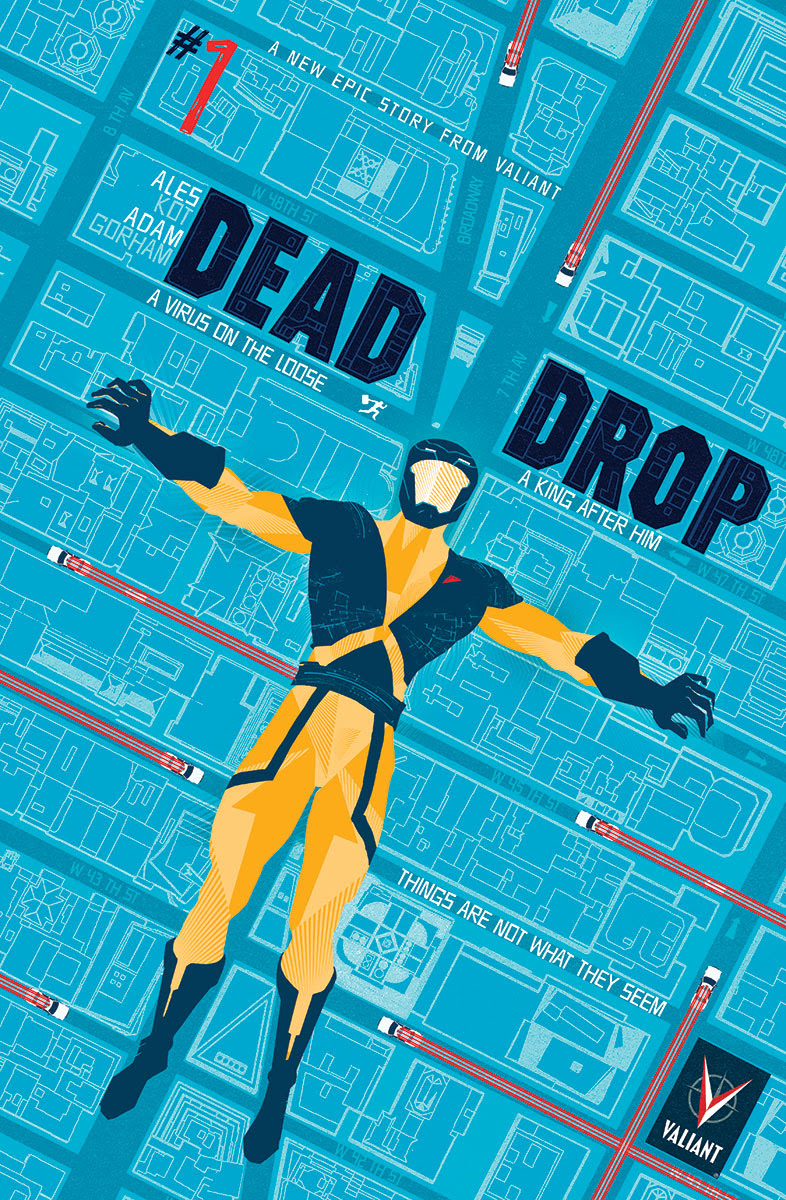 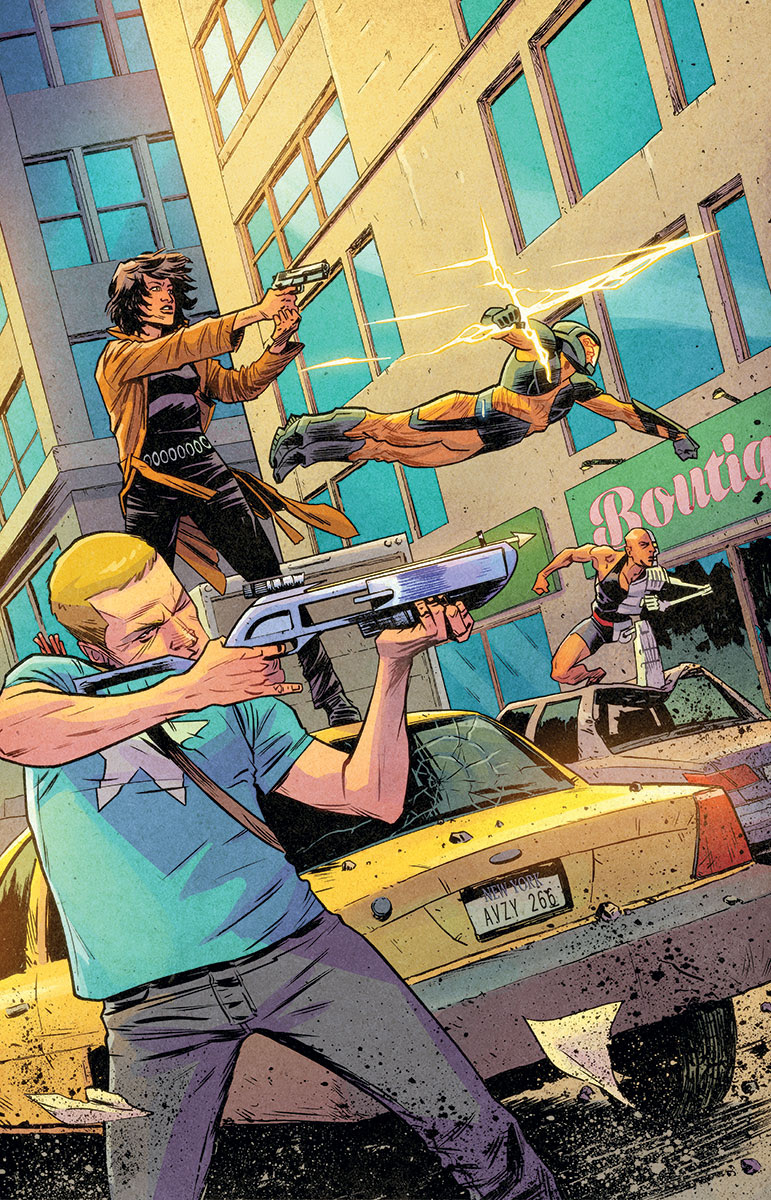 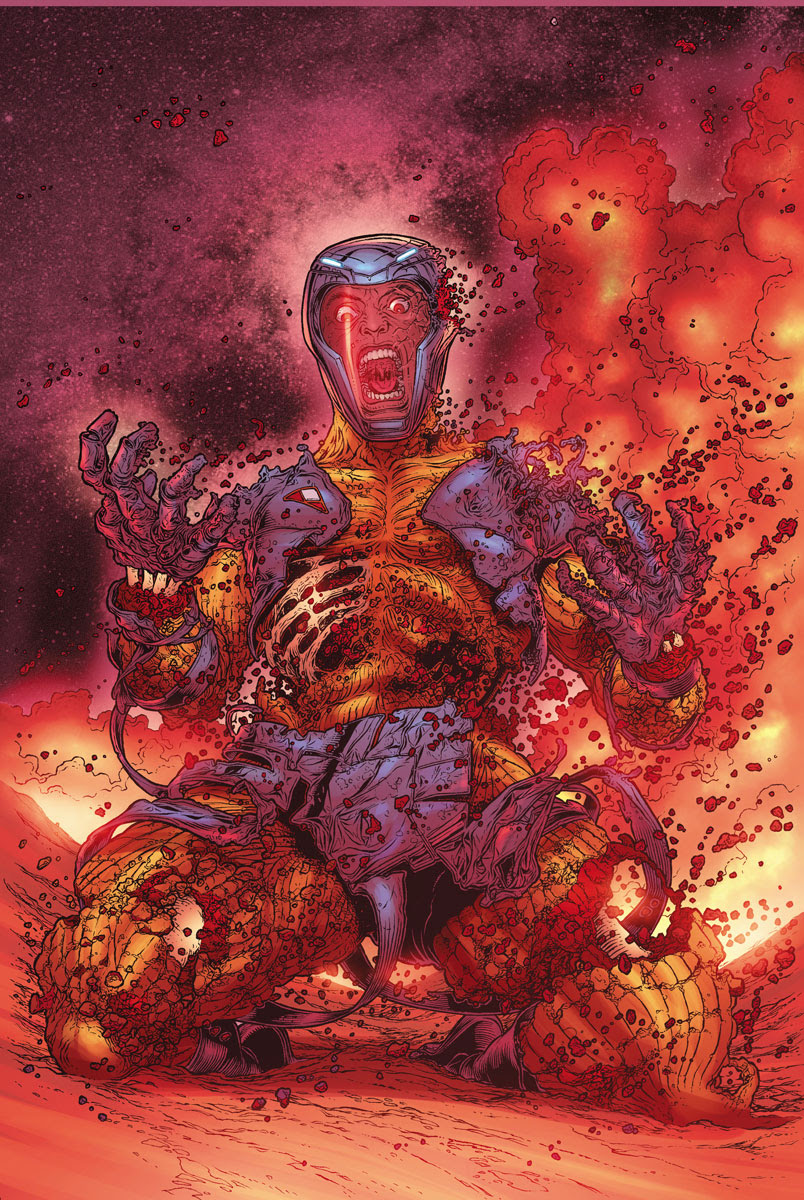 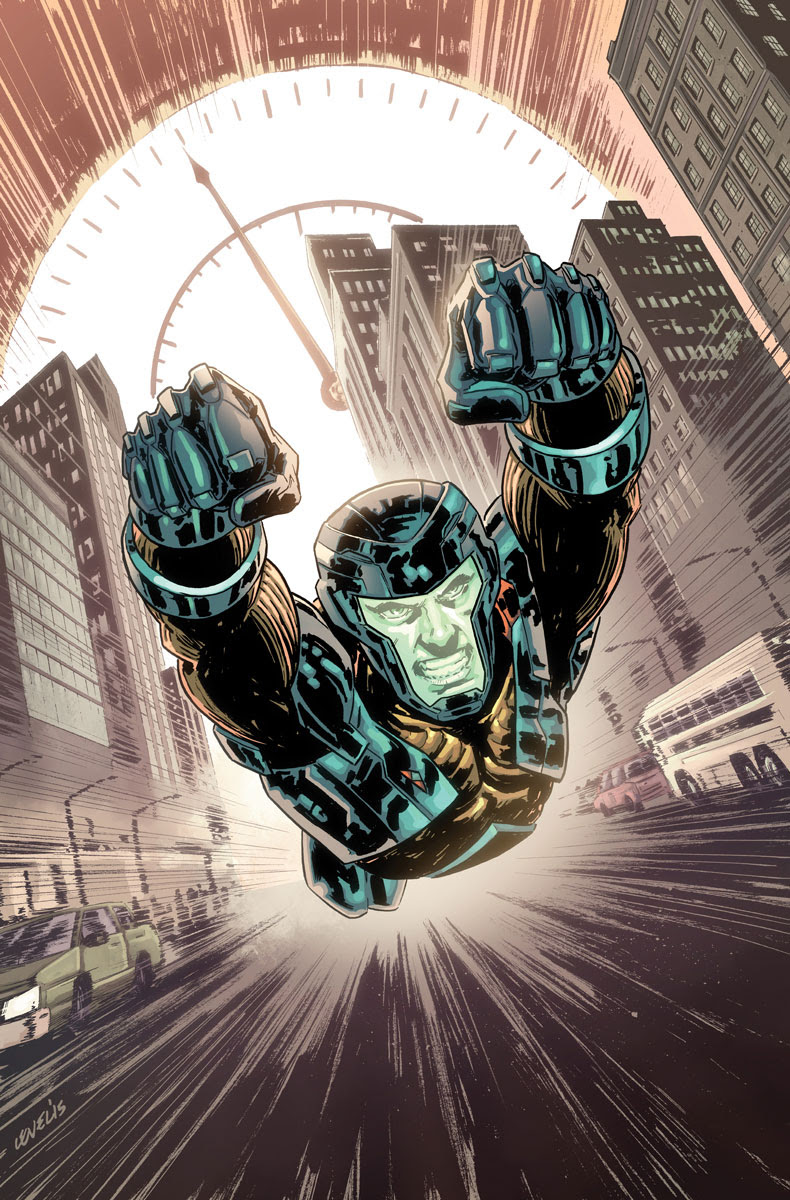 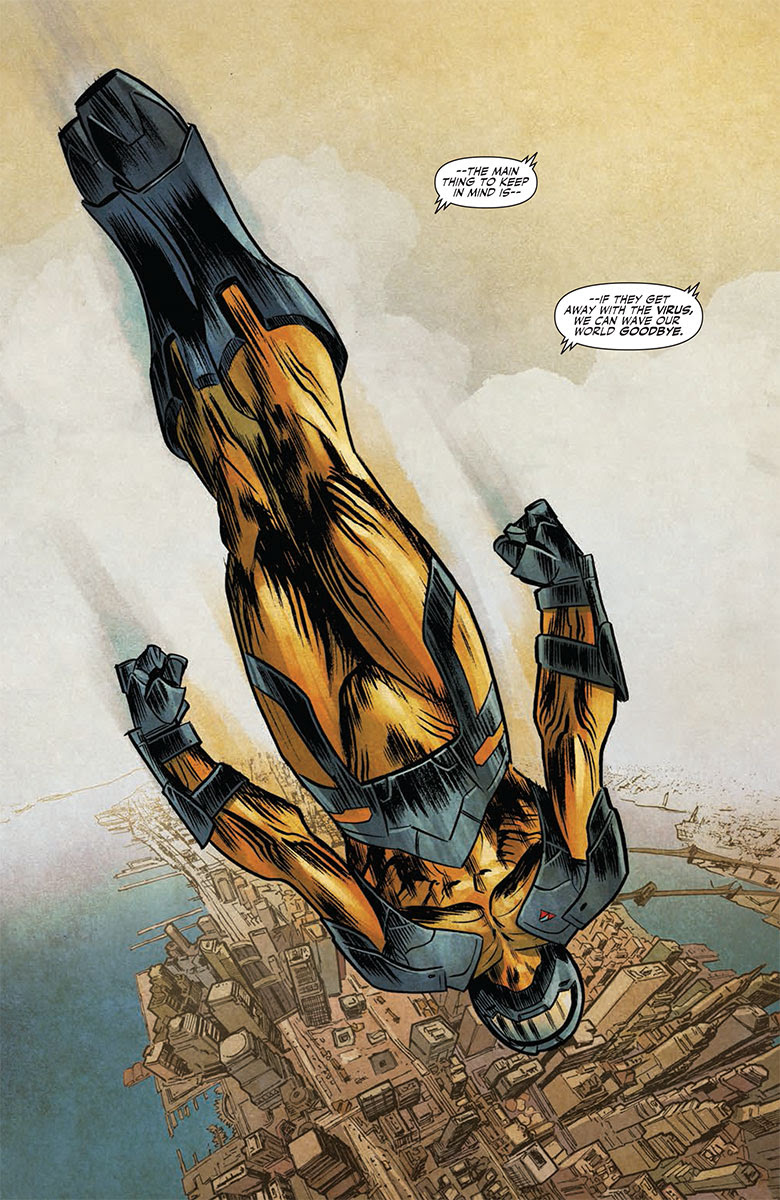 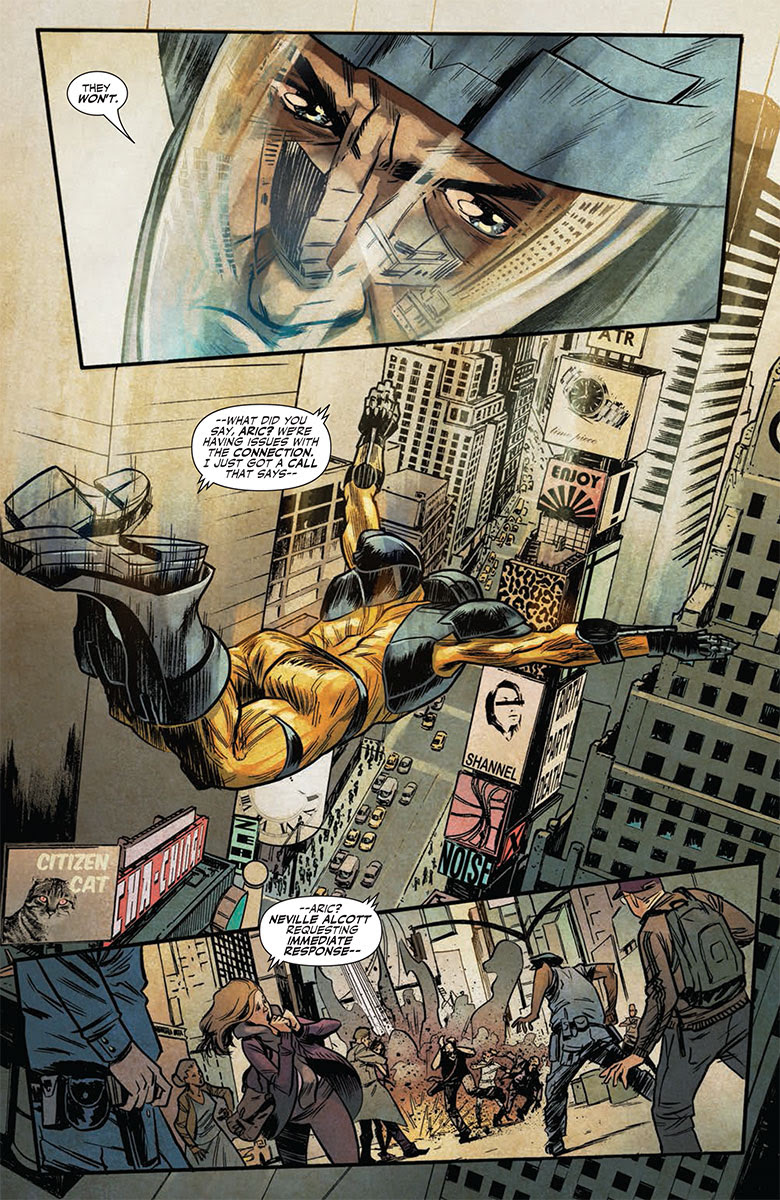 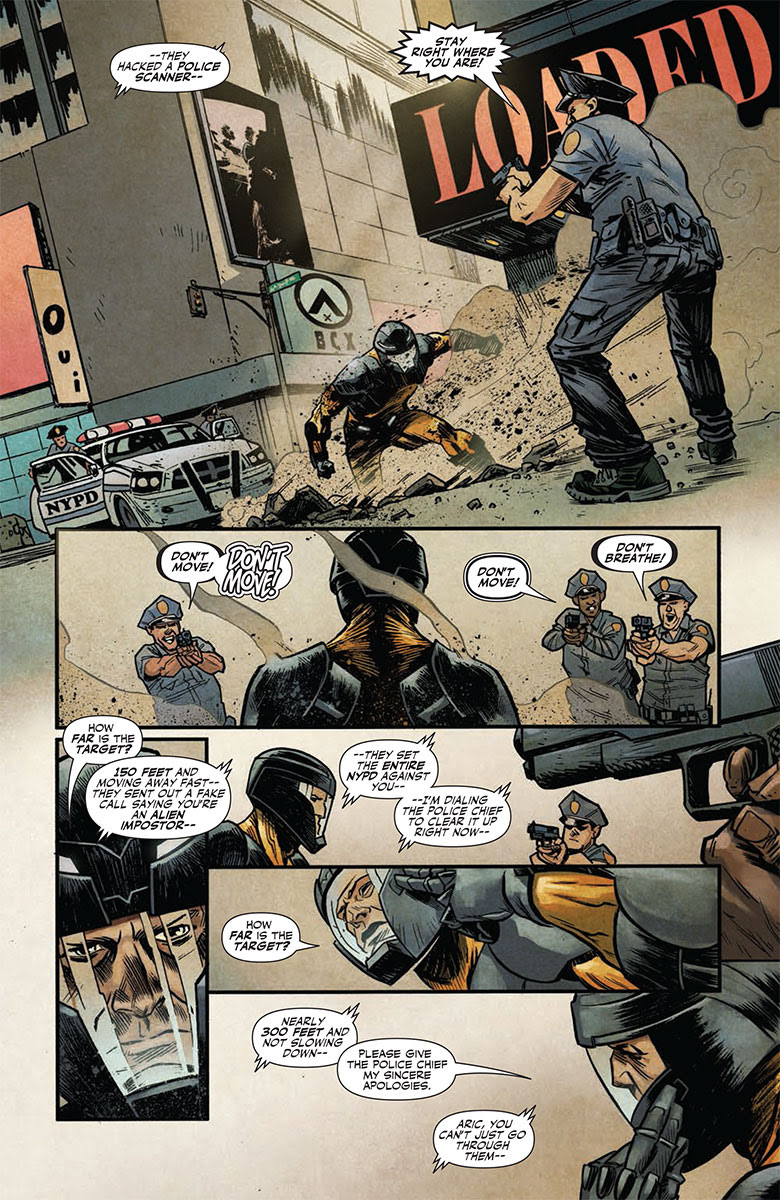 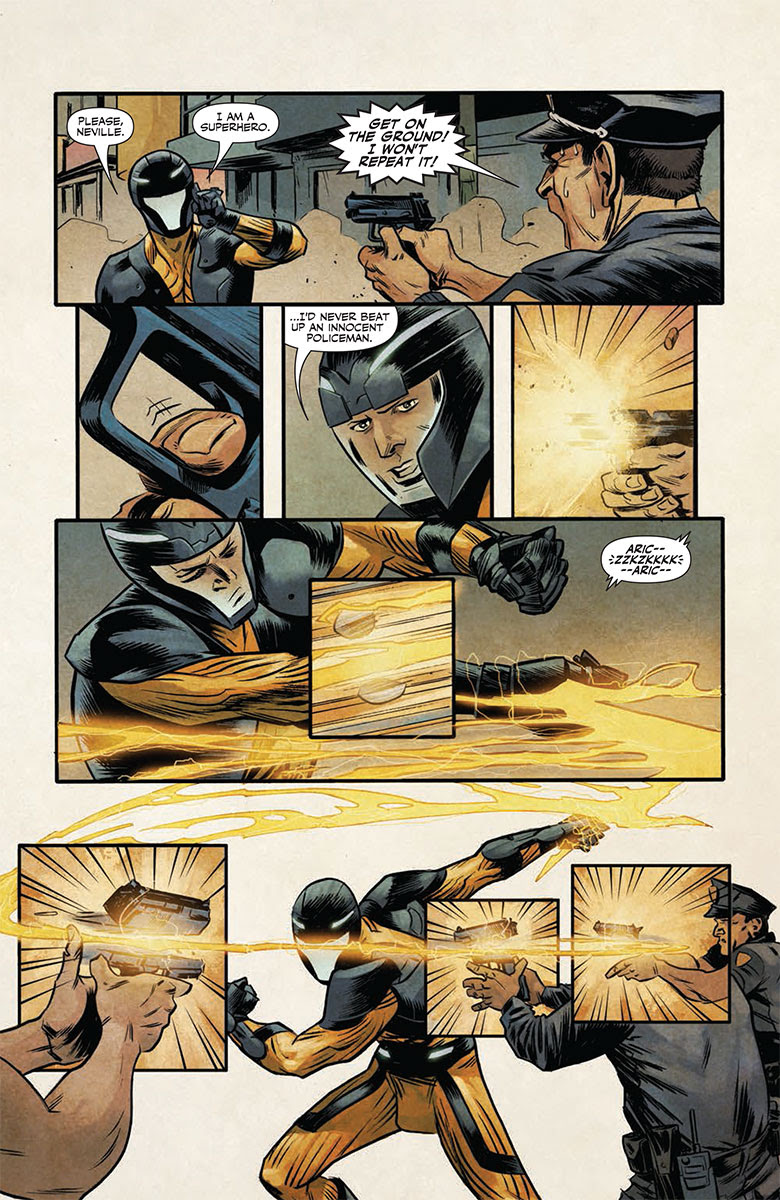 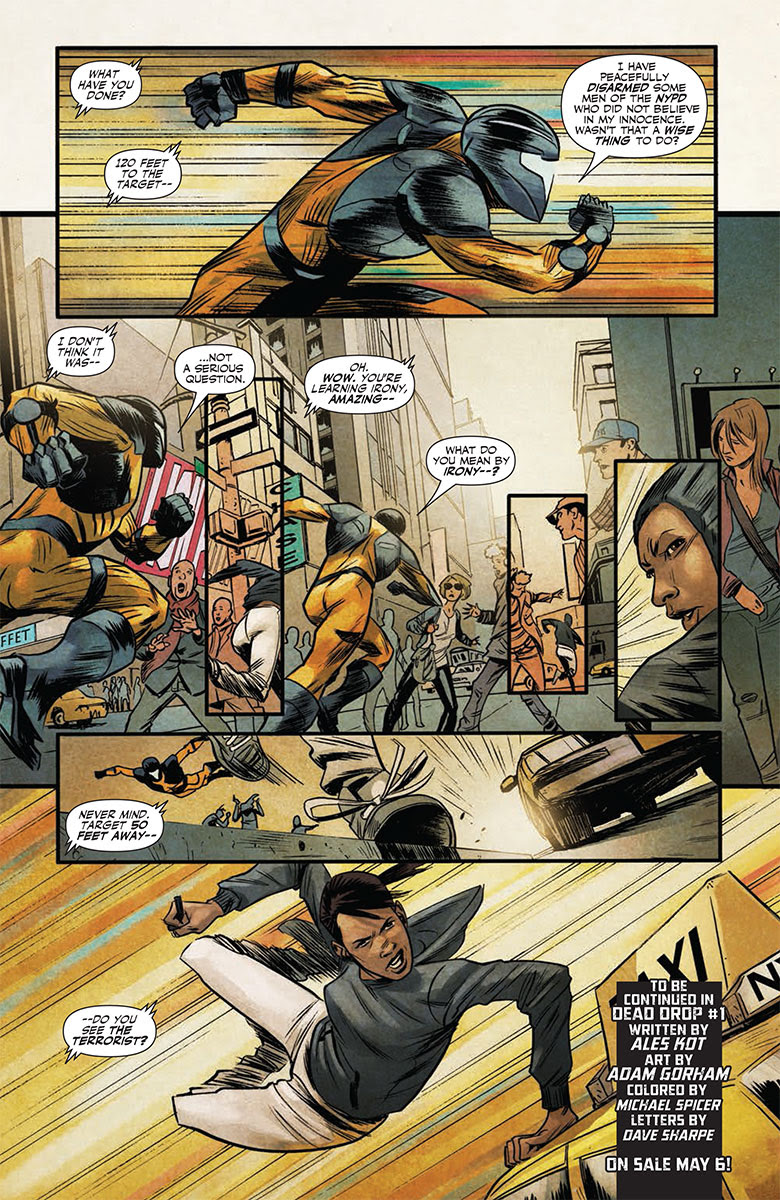