March 29, 2015March 29, 2015
TaylorNetwork
no comment on Valiant Launches “VALIANT ORIGINS” 10-Part Animated Web Series, Beginning Today!
Announced today at Emerald City Comicon 2015, Valiant’s 25th Anniversary celebration continues with the debut of VALIANT ORIGINS – an all-new web series spotlighting the origins of Valiant’s biggest heroes bi-weekly across 10 animated episodes! Beginning today with release of the first episode,VALIANT ORIGINS: BLOODSHOT, subsequent installments will be made available every other week on Valiant’s official YouTube channel.
New to the award-winning world of the Valiant Universe? Meet the greatest heroes that Valiant has to offer here in VALIANT ORIGINS – an introductory overview of the biggest, most powerful characters from throughout the largest independent superhero universe anywhere in comics! Bloodshot. X-O Manowar. Ninjak. Livewire. Quantum and Woody. Divinity. And many more! Just in time for Valiant’s 25th Anniversary, find out what made these formidable heroes into the comic book icons they are every other week with a new episode of VALIANT ORIGINS on Valiant’s official YouTube channel!
“We are always meeting new fans in stores or at conventions who have the same question: I’ve heard incredible things about Valiant, now where can I start?” said Valiant Publisher Fred Pierce. “VALIANT ORIGINS is an easy answer to that question. This web series will be a one-stop destination to find out who Valiant’s characters are and can quickly get new readers up to speed on the heroes and villains that will be at the forefront of Valiant’s publishing line in the months and years to come.”
“We’ve made great inroads by giving new readers multiple ways to discover the best of Valiant’s award-winning series with $9.99 volume one trade paperbacks, clearly demarcated jumping-on points, and even One Dollar Debut reprints of our biggest #1 issues,” said Hunter Gorinson, Valiant’s Director of Marketing, Communications, and Digital Media. “VALIANT ORIGINS is another important addition to that roster, and one that will give new fans anywhere around the world an easy introduction to the fundamentals of the biggest characters at the center of the Valiant Universe.”

Brought back from the dead and infused with cutting-edge nanotechnology, Bloodshot is a nearly unstoppable killing machine. Equipped with enhanced strength, speed, endurance, and healing, he served his masters at Project Rising Spirit – a private contractor trafficking in violence – very well. But after defying his programming and escaping his captors, Bloodshot now fights to rediscover the secret of his true identity – but remains haunted by the past that nearly destroyed him…

Celebrating its 25th anniversary in 2015, Valiant is one of the most successful comic book publishing companies in the history of the medium with more than 81 million comics sold and a library of more than 2,000 distinct characters. Established by a brain trust of legendary comics creators – including Jim Shooter, Bob Layton and Barry Windsor-Smith – Valiant’s heroes and villains inhabit the largest independently owned superhero universe anywhere in comics. Re-established in 2005 as Valiant Entertainment, the company returned to great commercial and critical success in 2012, winning a Diamond Gem Award for Publisher of the Year and numerous industry awards and accolades. To date, Valiant’s titles consistently rate among the best reviewed in comics.
Valiant’s 25th Anniversary celebration continues ahead on May 2nd with the FCBD 2015: VALIANT 25th ANNIVERSARY SPECIAL – featuring two all-new stories from superstar creators Jeff Lemire &Butch Guice and Robert Venditti & Rafa Sandoval, alongside a myriad of never-before-seen special features chronicling Valiant’s storied place in comics history! Plus: special guests from throughout Valiant’s decades-long history and a cavalacade of surprises!

Then, follow the legendary origins behind Valiant’s most indelible icons from the screen to the page with the VALIANT: ZEROES & ORIGINS VOL. 1 trade paperback collection, re-presenting each of Valiant’s greatest zero issue introductions to X-O Manowar, Bloodshot, Harbinger, Shadowman, and more! Featuring a world-class cast of creators, including Joshua Dysart, Matt Kindt, Lewis LaRosa, Clay Mann, Peter Milligan, Mico Suayan, Robert Venditti, and more, plus an all-new cover by red-hot artist Emanuela Lupacchino, this perfect companion to the VALIANT ORIGINS web series arrives in stores on May 6th! 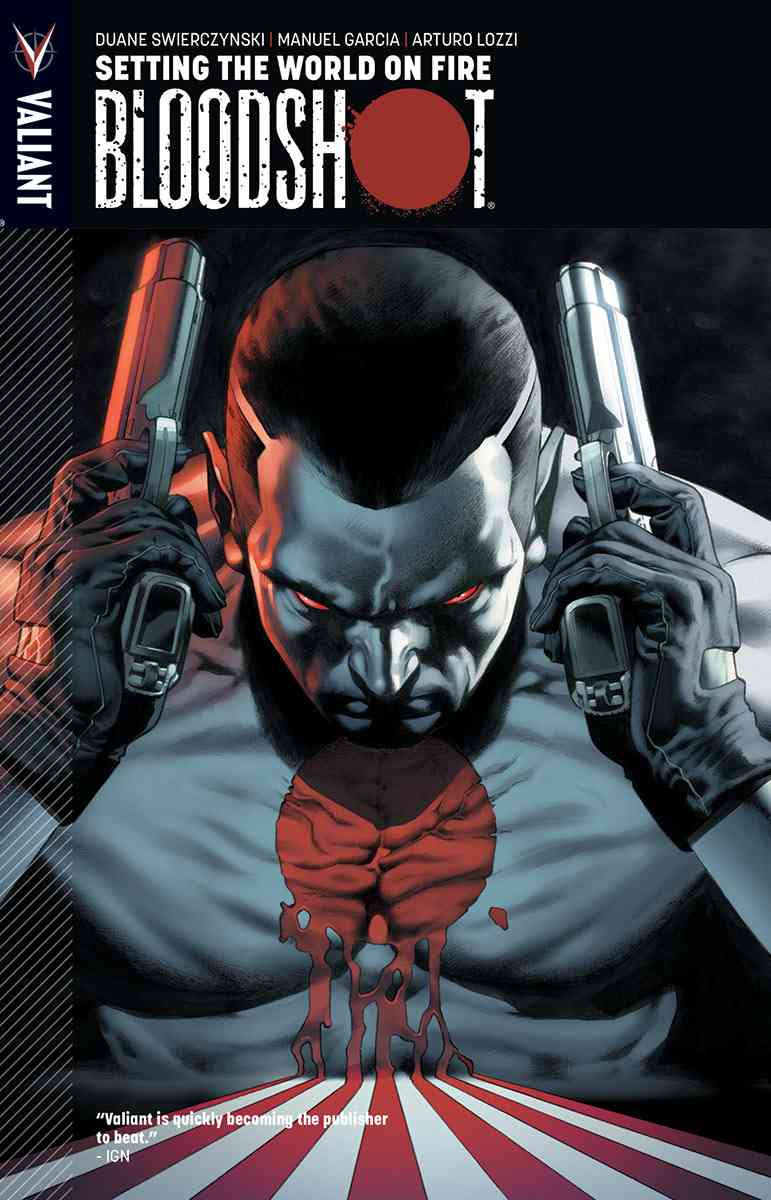 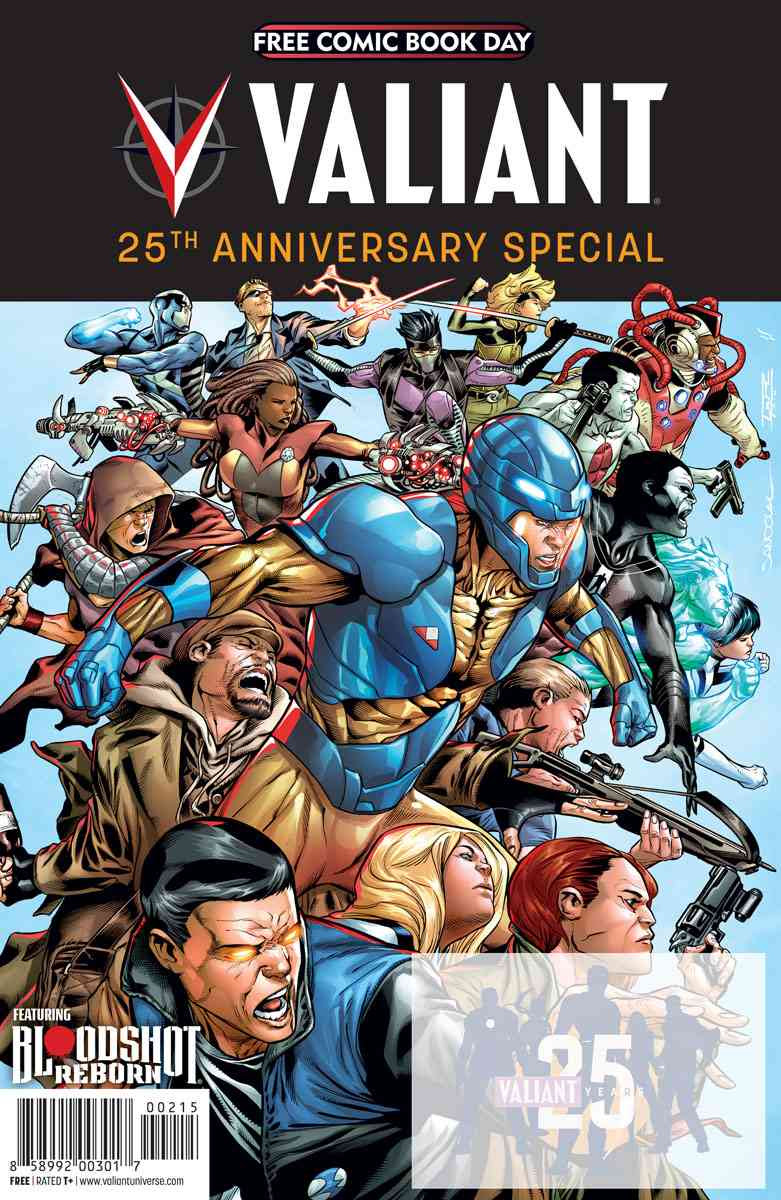 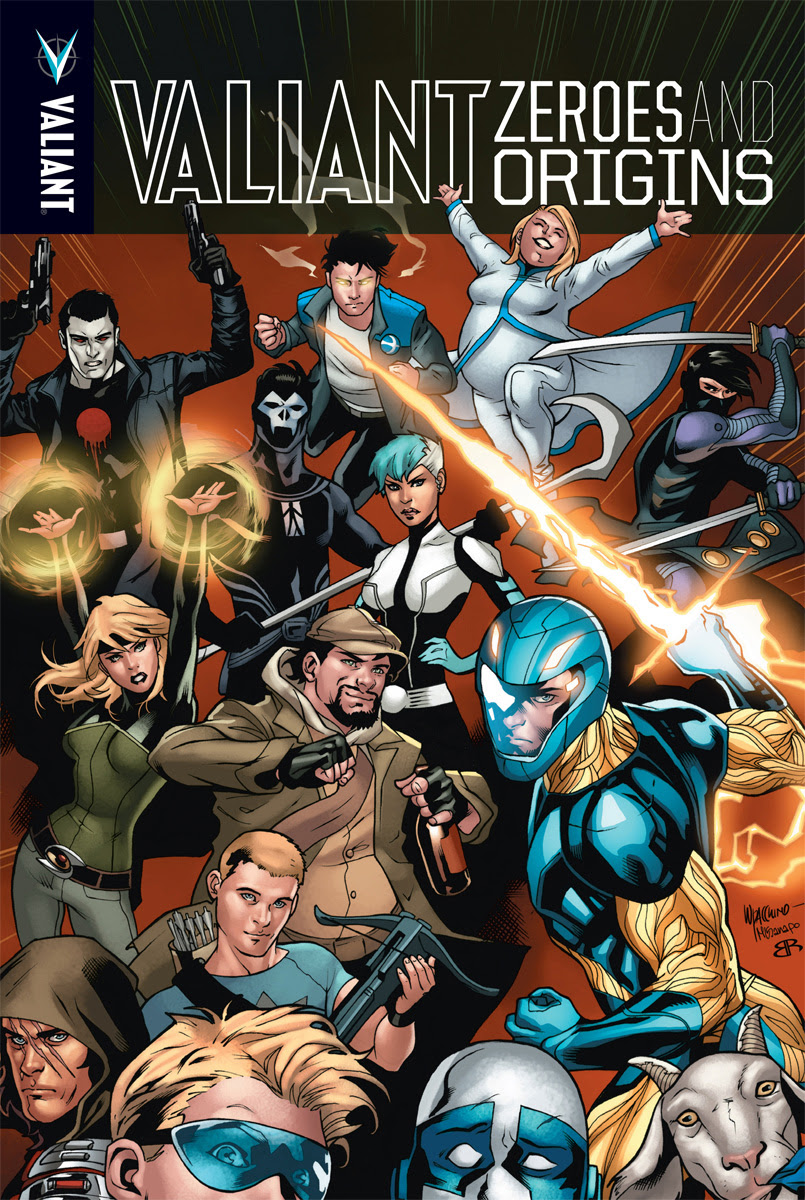 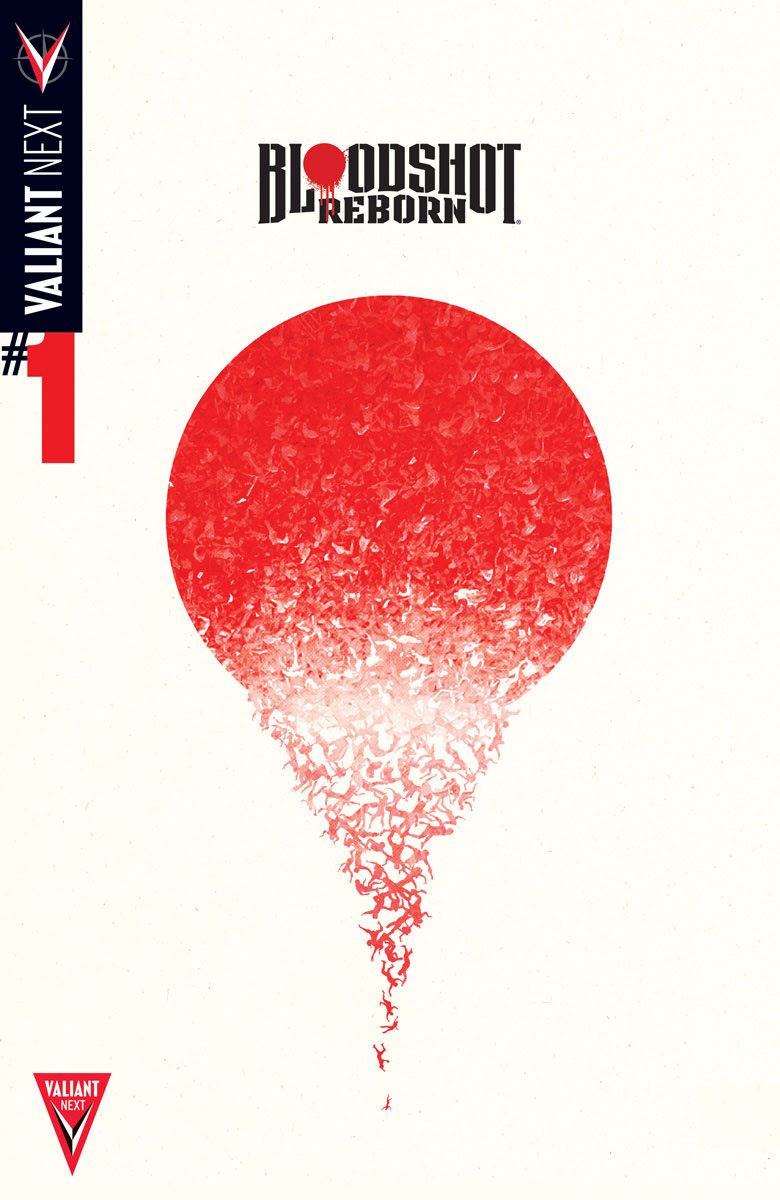 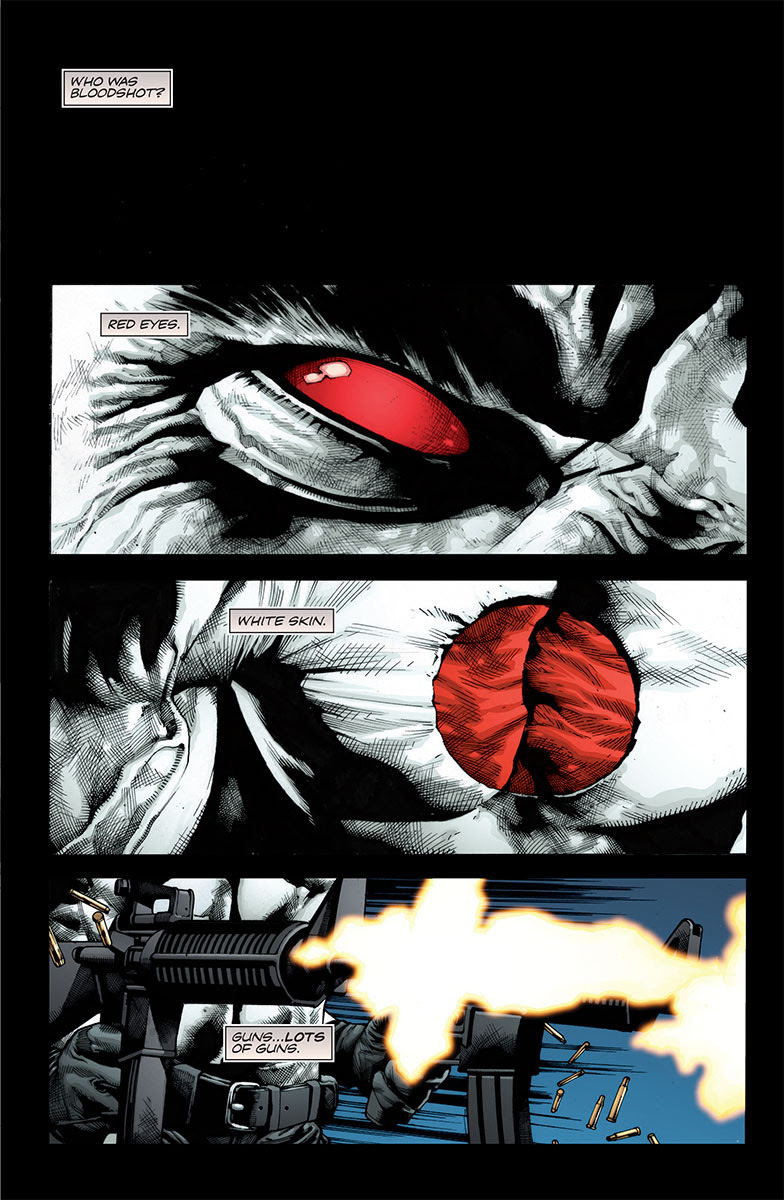 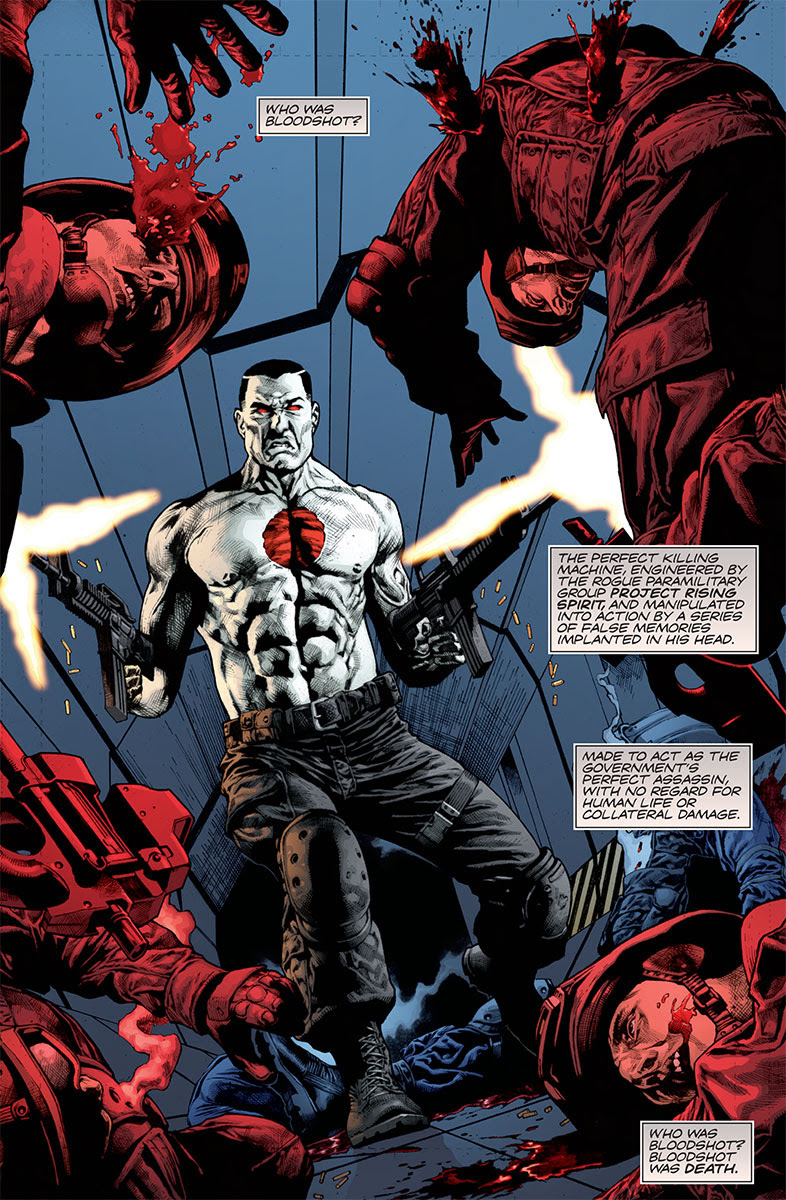 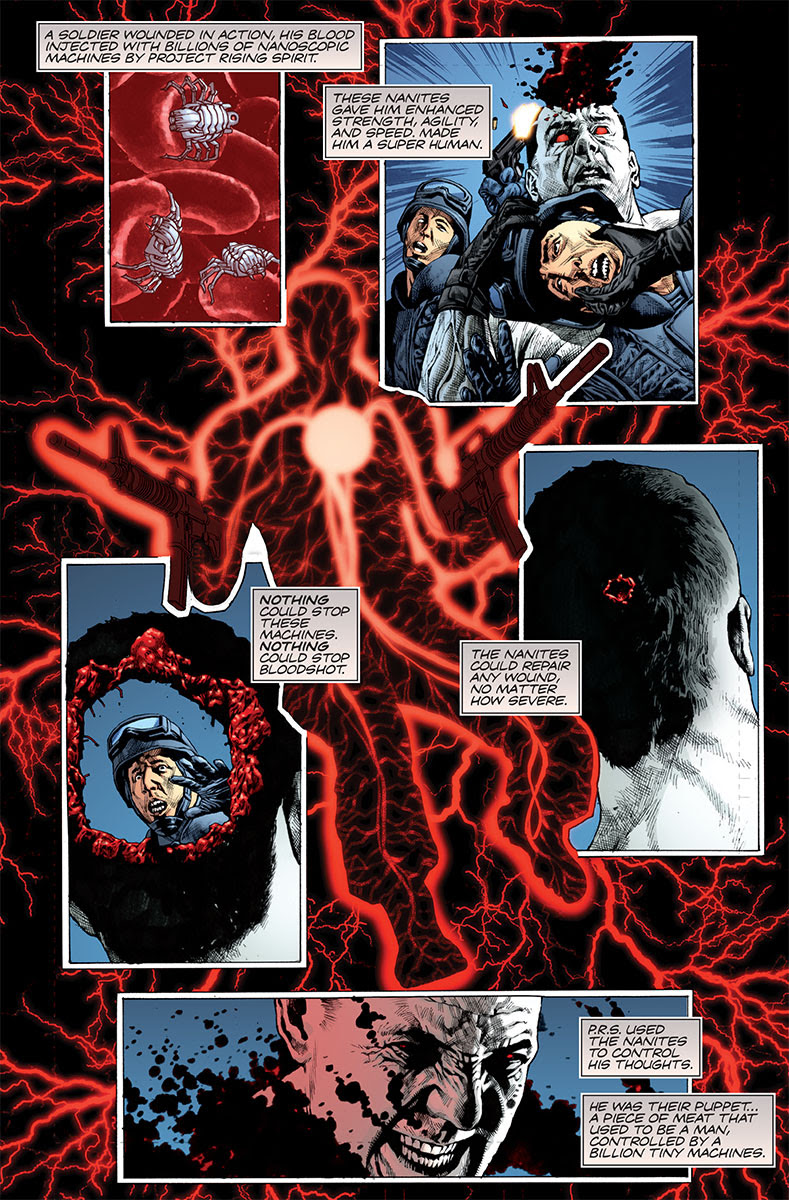 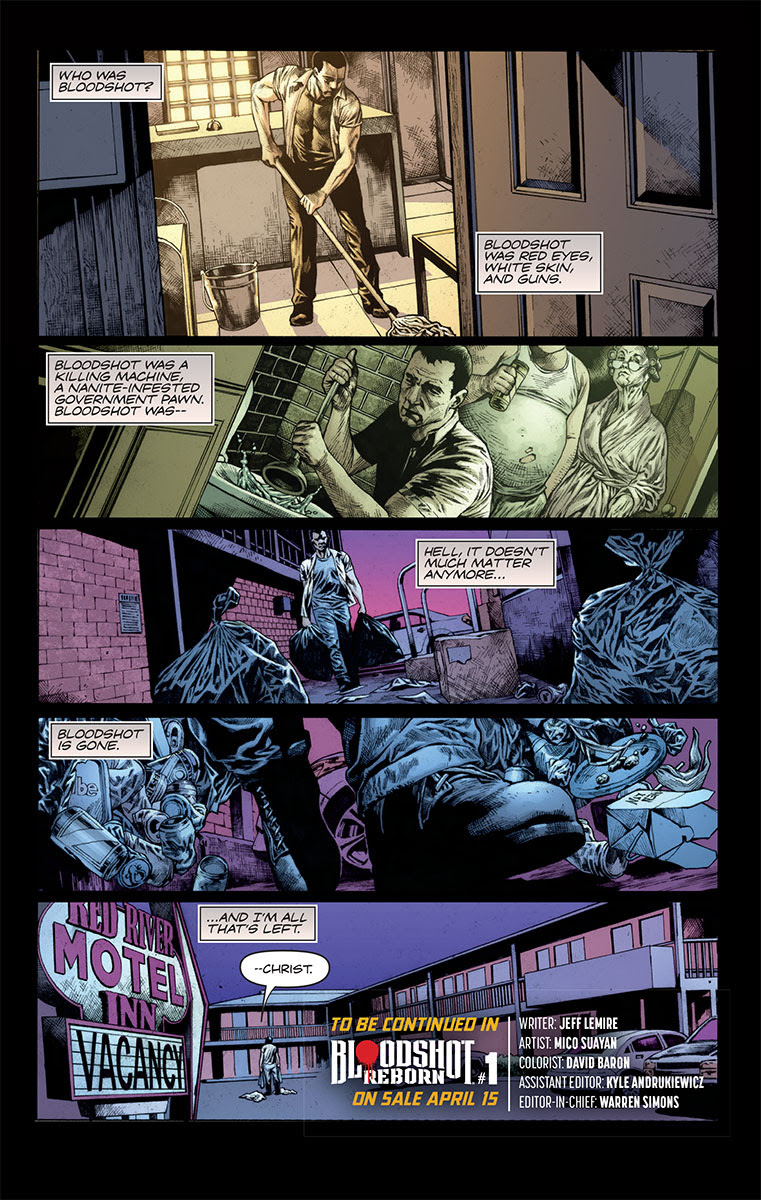