February 13, 2015February 13, 2015
TaylorNetwork
no comment on ALEX TOTH’S BRAVO FOR ADVENTURE GETS FIRST TIME DELUXE COLLECTION!
Alex Toth’s magnum opus Bravo for Adventure is being collected in book form for the first time ever! This deluxe hardcover from IDW’s Library of American Comics contains all three of The Genius’s stories starring Jesse Bravo, knock-about pilot and reluctant swashbuckler, including the original graphic novel that’s been out of print for 30 years.

“Toth fans worldwide have been clamoring for years to see Bravo back in print,” says Dean Mullaney, editor of the new edition. “Now, by special arrangement with the Toth family, it becomes a reality. This is another one of those ‘dream’ projects that only come along once in a long while.”

Fans delight in studying even idle doodles by Alex Tothand the collected Bravo for Adventure offers new treasures. In addition to the complete published stories, also included are never-before-seen pencil roughs, preliminary drawings, and story fragments, as well as Toth’s own coloring samples for an edition that never saw print, and—freed from storage after 40 years—some of the coloring for what was intended to be Bravo’s original 1975 first printing in France!

“What might have been” is the common thread in Bravo’s history. 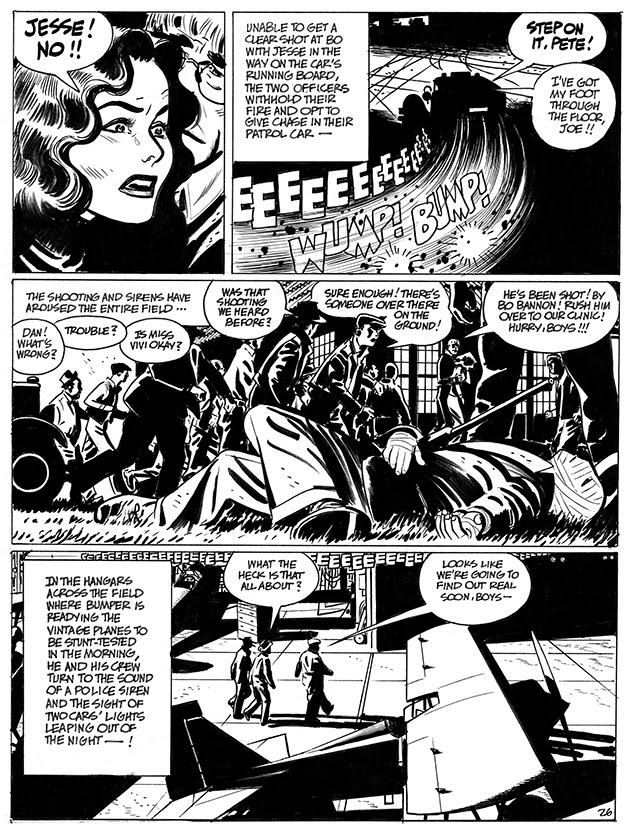 Toth created the original 48-page story in 1975 for a French publisher, but the planned graphic novel never saw print when that publisher closed its comics division. The artist wanted to see the graphic novel published in America, but it sat dormant for half a decade until the story was serialized in the Warren magazine, The Rook. Six years after that, a version was published in magazine format by Dragon Lady Press in Canada, including two additional Bravo short stories. Toth then colored the first twelve pages for a Texas publisher that went out of business, and started several more swashbuckling tales, only to abandon them in frustration after a handful of pages.

The up-and-down history of Bravo for Adventure now ends on a high note, with the complete stories in a single volume that matches the format of the multiple Eisner and Harvey Award-winning Alex Toth: Genius trilogy. It’s not just a comics collection, it’s a capital “E” Event. Alex Toth, and his greatest creation, are flying higher than ever before!