January 30, 2015
TaylorNetwork
no comment on Coming in March – New Printing of THE VALIANT #1 and THE VALIANT #2 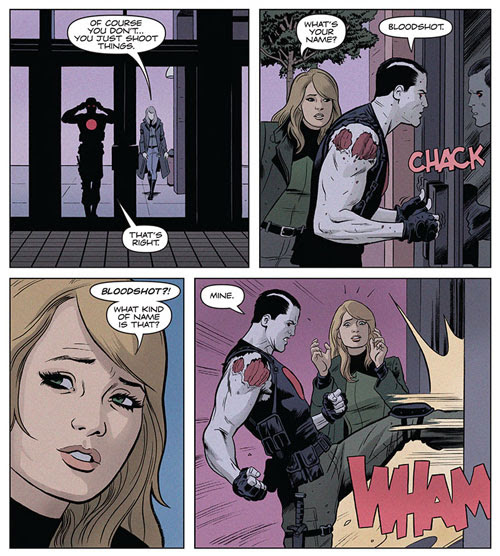 “Since day one, we knew that THE VALIANT was going to be a special book with the potential to win over not only long-time Valiant fans, but new readers as well. We’re committed to publishing the best comics anywhere in the business today, and THE VALIANT epitomizes that to a tee,” said Valiant Publisher Fred Pierce. “The fantastic work of Jeff Lemire, Matt Kindt, and Paolo Rivera continues to amaze with each new issue. Whether this is your first Valiant comic or your hundredth, we dare you to try THE VALIANT and not come back for more.”

Jump on board the year’s most astonishing new adventure here as Bloodshot is drafted into the eons-old war against mankind’s oldest, darkest enemy! The Immortal Enemy has crawled out from the black depths of history to destroy this generation’s Geomancer and send Earth back to the Dark Ages! Now…the Eternal Warrior, Ninjak, and Kay McHenry must overcome their worst nightmares before the unlikeliest of white knights rides in to save the day. Will he be enough to battle back the unyielding evil that threatens to plunge the Valiant Universe into the darkness?

The first series to be released in the VALIANT PRESTIGE format, both of THE VALIANT‘s latest sold-out chapters come complete with deluxe matte-laminate card stock covers, custom-designed end sheets, and exclusive back matter curated by Matt Kindt and Paolo Rivera – all with no advertisements and a standard $3.99 cover price!

Go back to the beginning and discover a battle ten millennia in the making right here March 4th in THE VALIANT #1 (of 4) THIRD PRINTING and THE VALIANT #2 (of 4) SECOND PRINTING! Start reading here to find out why fans and critics are heralding THE VALIANT by New York Times best-selling writers Jeff Lemire & Matt Kindt and Eisner Award-winning artist Paolo Rivera as the perfect entry point into the award-winning world of Valiant’s greatest heroes:

“A riveting first issue with a huge sense of scale… [THE VALIANT] has the potential to become a true superhero epic.” – The Onion/A.V. Club

“An event book with a beating heart… A near-perfect introduction to an ascending cosmos, and more importantly, a damn fine comic.” – Paste Magazine

“If you’re looking for a gateway into Valiant’s growing comic book universe, you’ll be hard-pressed to do better than THE VALIANT… [It’s] one of the most visually stunning comics on the stands.” – IGN

“Kindt, Lemire, and Rivera are creating a must read comic together… [THE VALIANT] is a striking introduction filled with action, humor, and some of the best storytelling in superhero comics. If you’re not reading Valiant comics, this is the place to start.“– ComicBook.com

“A very exciting start. Curious about Valiant? Go pick this up and see why so many of us have fallen in love with this universe.” – Comic Vine

Plus: don’t miss the third shocking installment of the series IGN calls a “fantastic debut” on February 18th in THE VALIANT #3 (of 4) as X-O Manowar, Archer & Armstrong, H.A.R.D. Corps, Dr. Mirage, and more of Valiant’s most formidable heroes join the millennia-old battle to save civilization from the darkness of the Immortal Enemy!

And don’t miss each essential new series from VALIANT NEXT! In the aftermath of THE VALIANT,VALIANT NEXT continues with five blockbuster new series, starring Valiant’s biggest, most-demanded heroes alongside all-new, never-before-seen characters, throughout 2015:

• IVAR, TIMEWALKER #1 by Fred Van Lente and Clayton Henry in January
• DIVINITY #1 (of 4) by Matt Kindt and Trevor Hairsine in February
• IMPERIUM #1 by Joshua Dysart and Doug Braithwaite in February
• NINJAK #1 by Matt Kindt, Clay Mann and Butch Guice in March
• BLOODSHOT REBORN #1 by Jeff Lemire and Mico Suayan in April 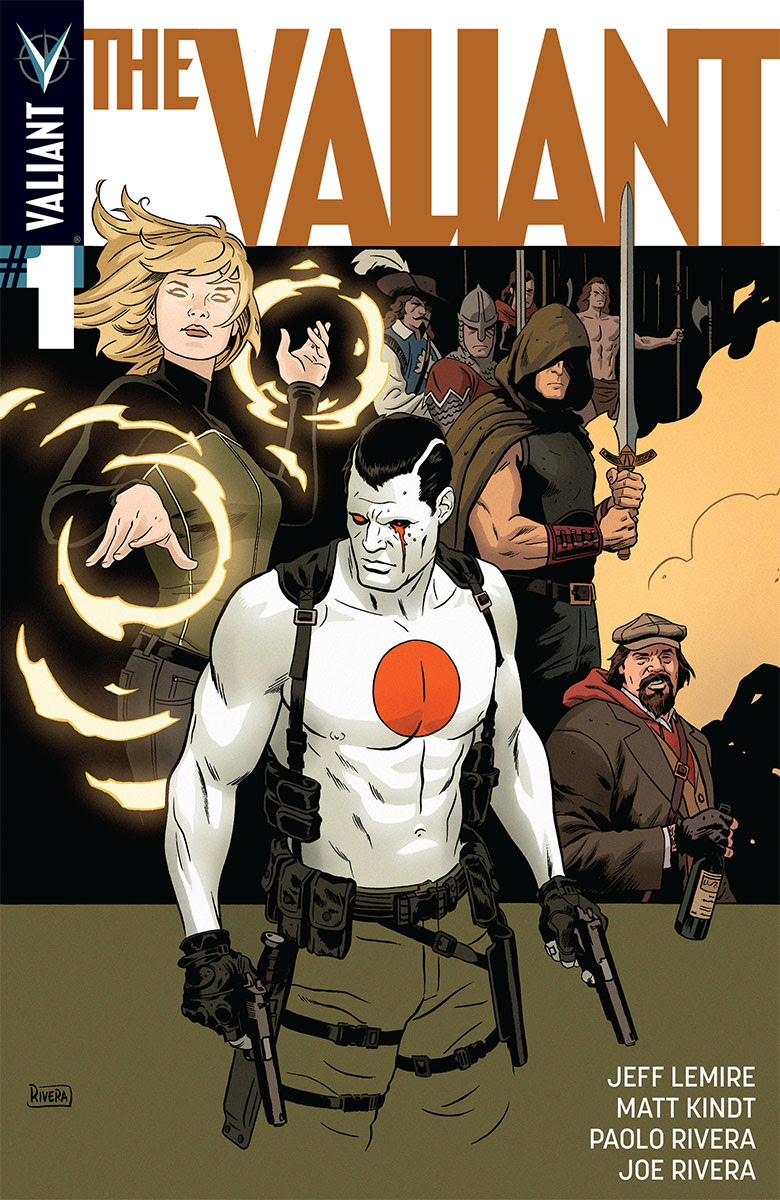 THE VALIANT #1 (of 4) THIRD PRINTING – Cover by Paolo RIvera 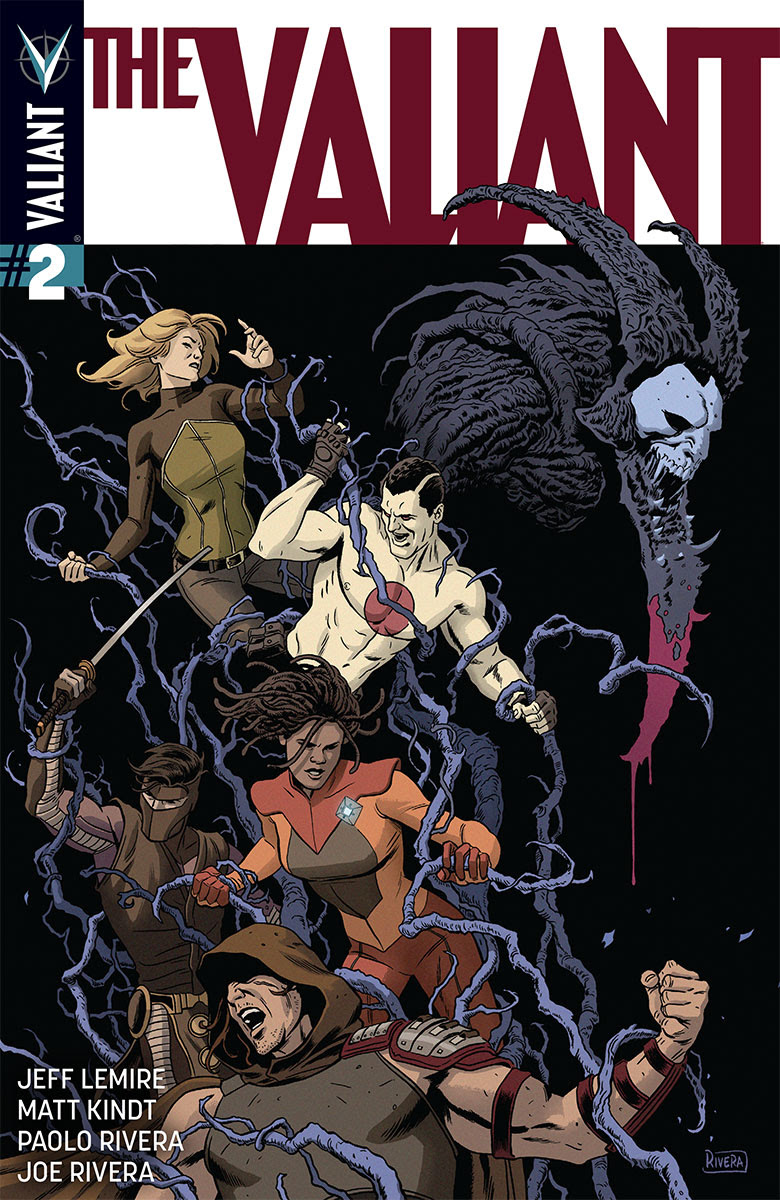 THE VALIANT #2 (of 4) SECOND PRINTING – Cover by Paolo RIvera 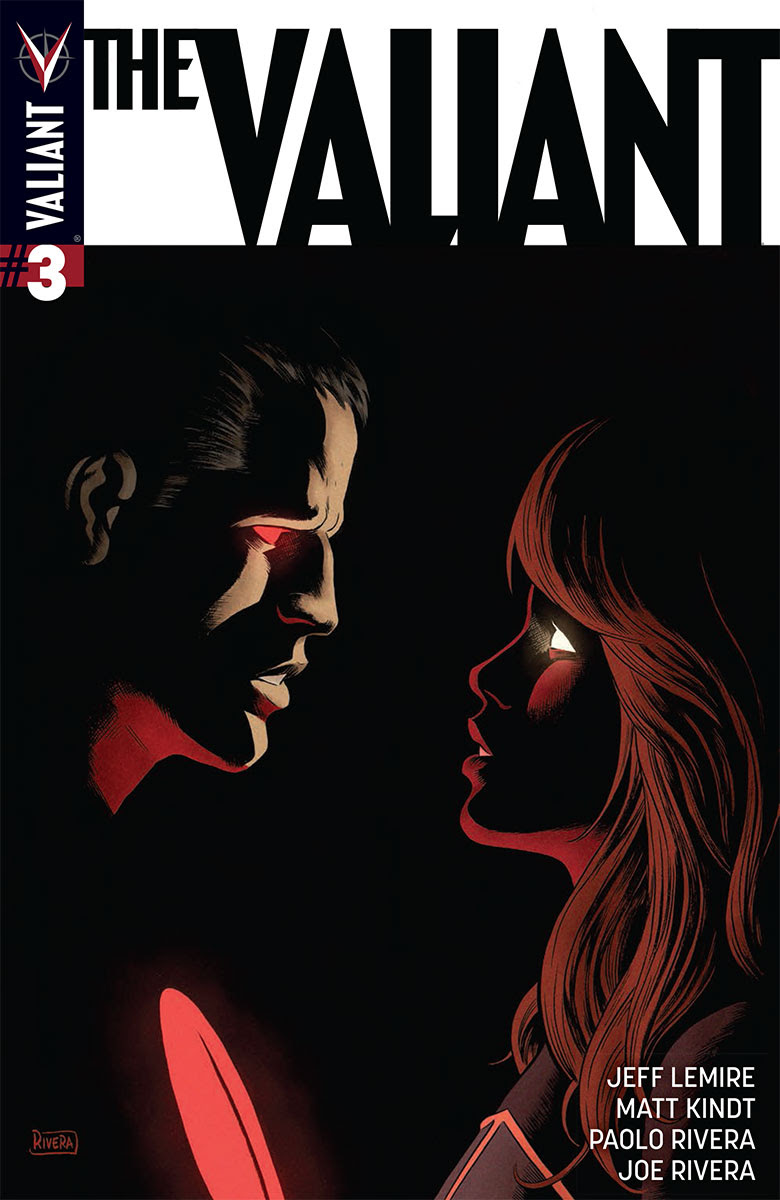 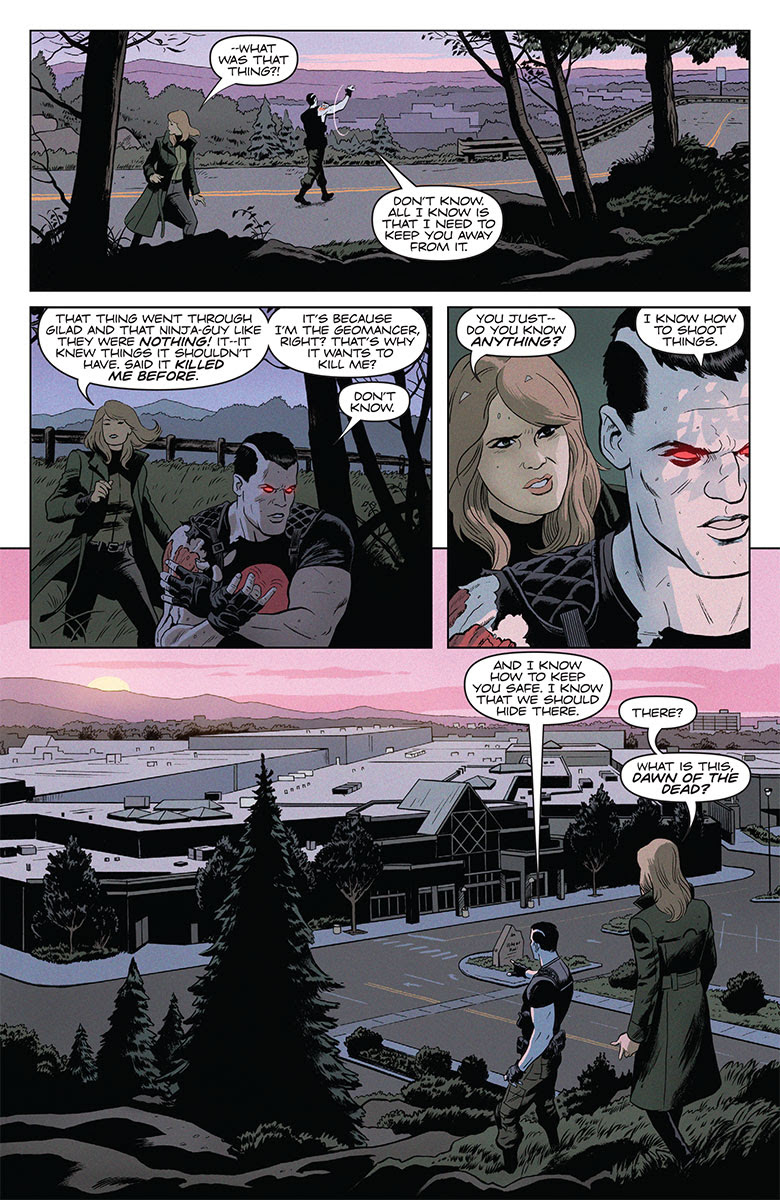 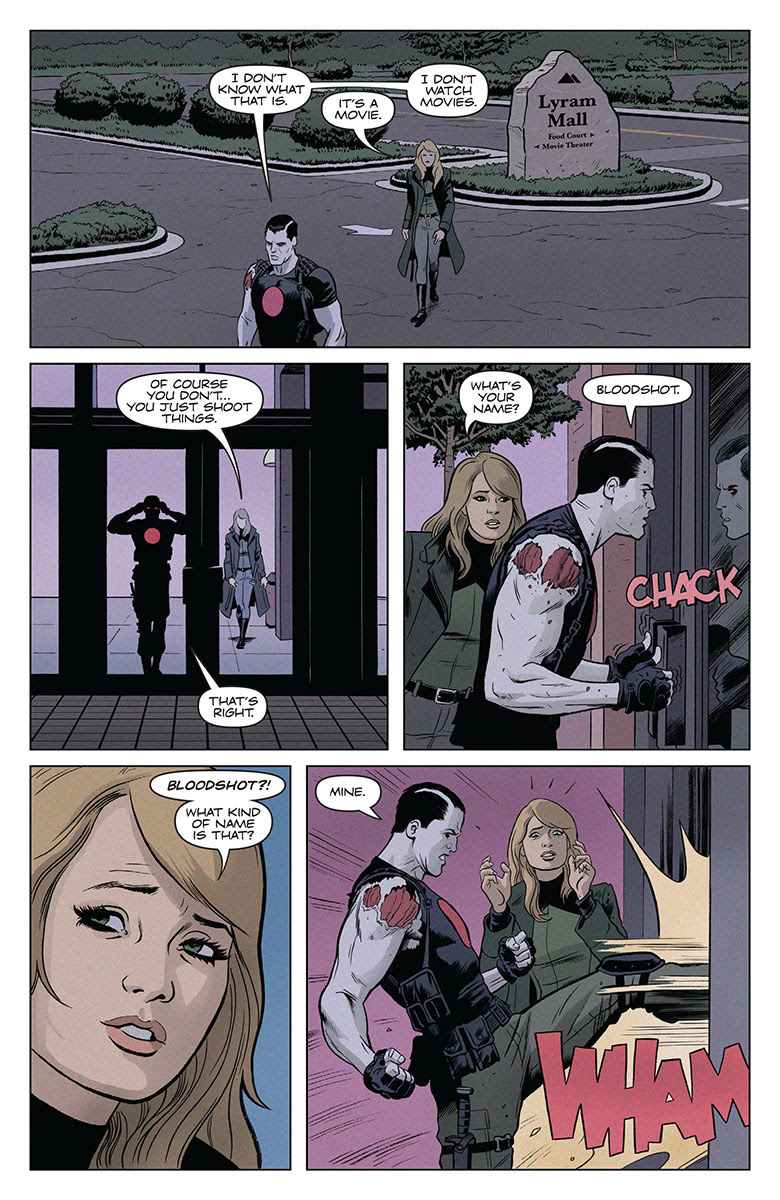 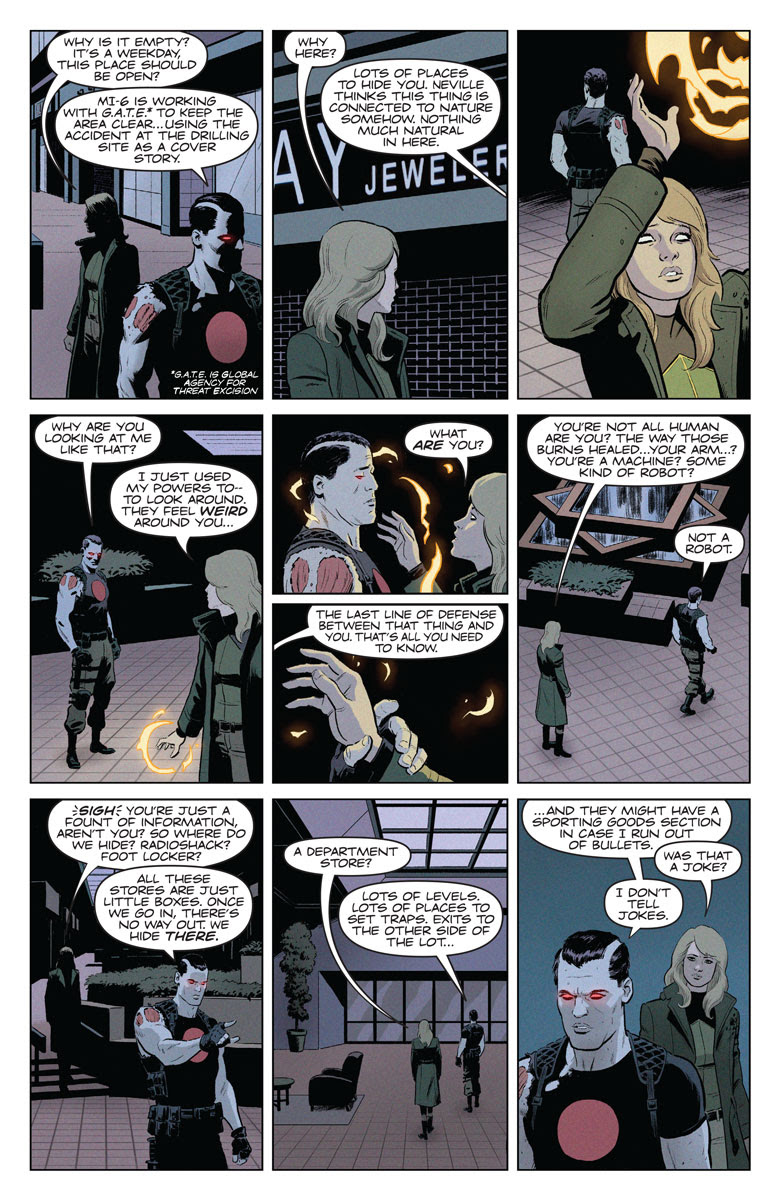 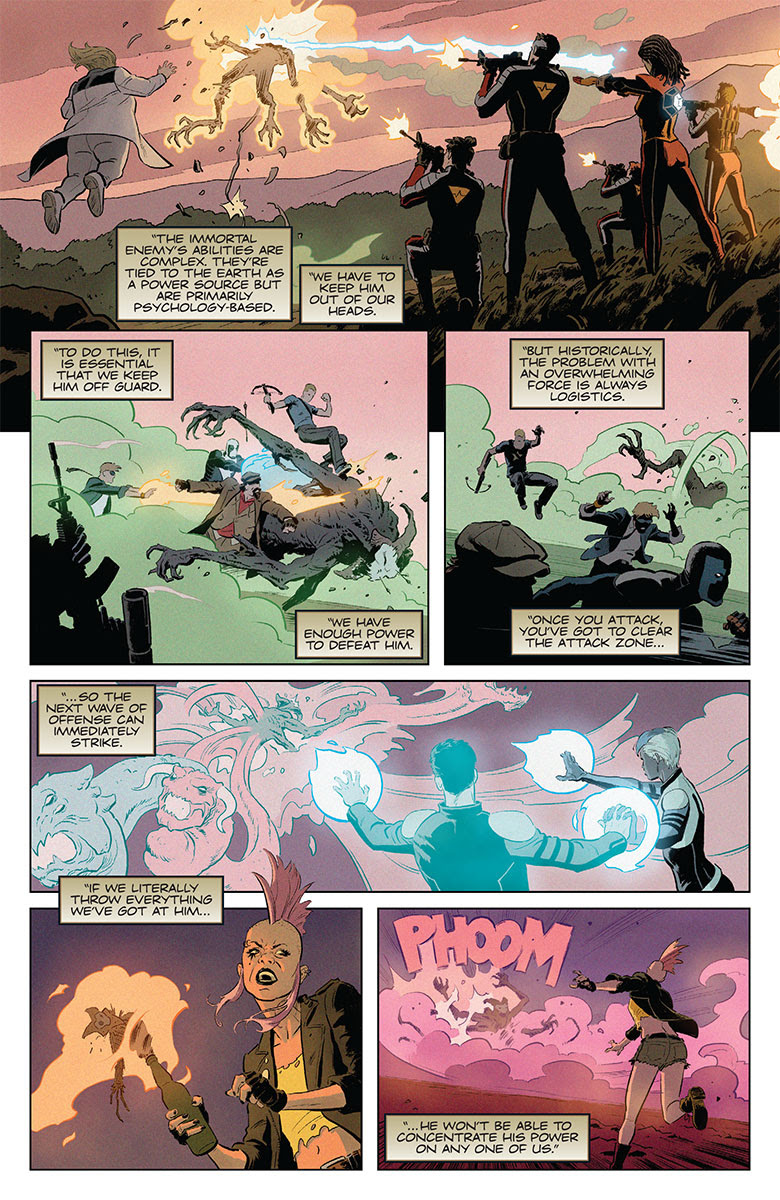 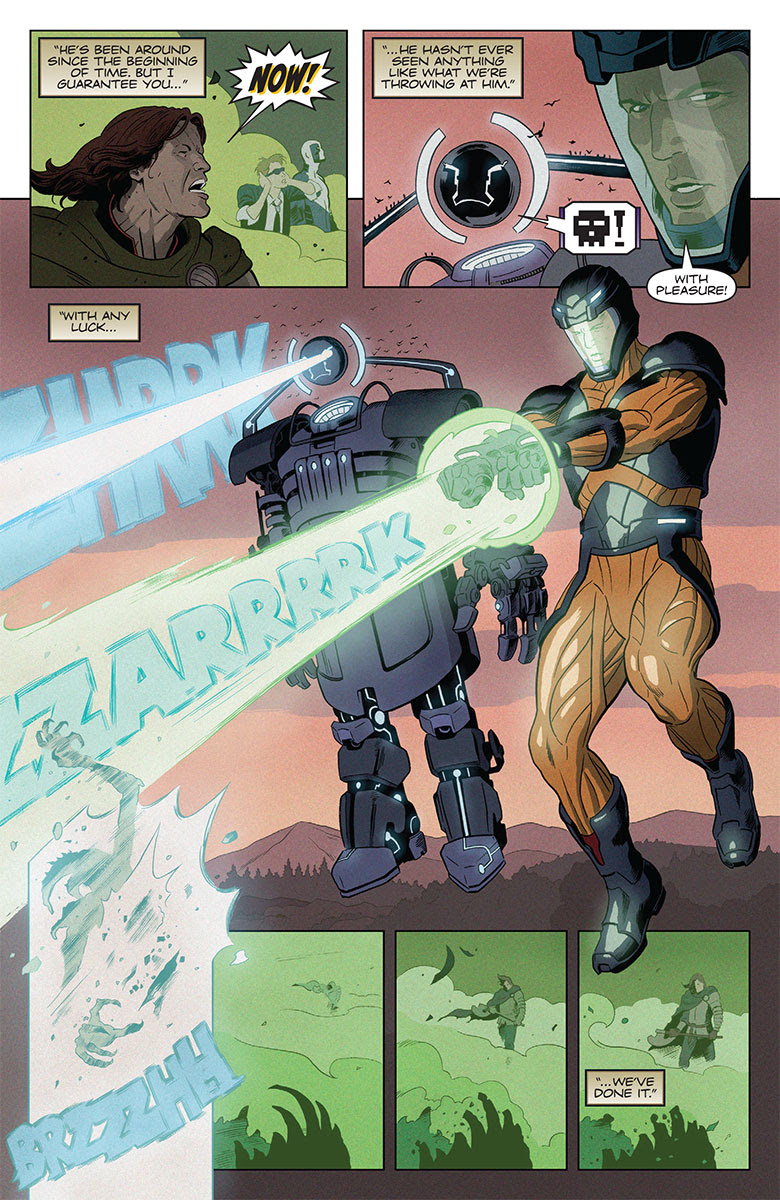