October 12, 2014
TaylorNetwork
no comment on NYCC 2014: James Asmus and Steve Lieber Target QUANTUM AND WOODY MUST DIE! #1 – Coming in January from Valiant! 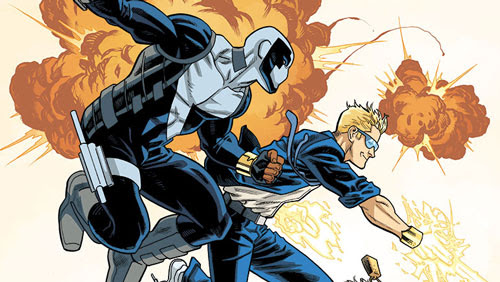 Critical darlings. Comic book legends. Heroes for cash. Quantum and Woody are all this and less…but, in 2015, the world’s worst superhero team is dead meat!

As revealed today at New York Comic Con 2014, Valiant is proud to announce QUANTUM AND WOODY MUST DIE! #1 (of 4) – the FIRST ISSUE of a dastardly new limited series jumping-on point for the most nominated series of the 2014 Harvey Awards! The first in a new series of limited series for the world’s worst superhero team, start reading here as award-winning writer James Asmus (Gambit, Thief of Thieves) and Eisner Award-winning artist Steve Lieber (Superior Foes of Spider-Man) bring the most talked-about duo of semi-professional heroes in comics to a whole new high! (Unfortunately, there are a bunch of people that would like to kill them up there.)

They came. They saw. They pissed off a whole lotta folks. And now a team of mystery vigilantes has singled out the world’s worst superhero team out for complete and utter destruction. The first target: their minds! But who are all these all-new enemies? Are Quantum and Woody really hitting it off with a sexy duo of cat burglars? And, dear god, what have they done to the goat? Is this the real life? Is this just fantasy? Sex Criminals isn’t the only comic that can quote Queen, comics fans – here come Quantum and Woody! (Or so they think! [Trippy, right?!])

“All of a sudden, a half-dozen mysterious forces are operating against them that they’ve never seen before,” said writer James Asmus in an interview today with Comic Book Resources. “It’s a whole batch of things that are both picking up where we left off and also feel like something’s changed off panel that both the reader and Quantum and Woody will be trying to figure out how we got there.”

Valiant’s a-number one team of super-hero misadventurers get it where it hurts – right in the cerebral cortex! – this January when James Asmus and Steve Lieber make their worst fears a reality inQUANTUM AND WOODY MUST DIE! #1 (of 4)! Featuring covers by Mike Hawthorne (Deadpool),Johnnie Christmas (Sheltered), and Eisner Award winner Chip Zdarsky (Sex Criminals), make with the sales on this one and we promise not to hurt the goat…maybe…

QUANTUM AND WOODY MUST DIE! #1 (of 4). Coming in January. Only from Valiant Entertainment. 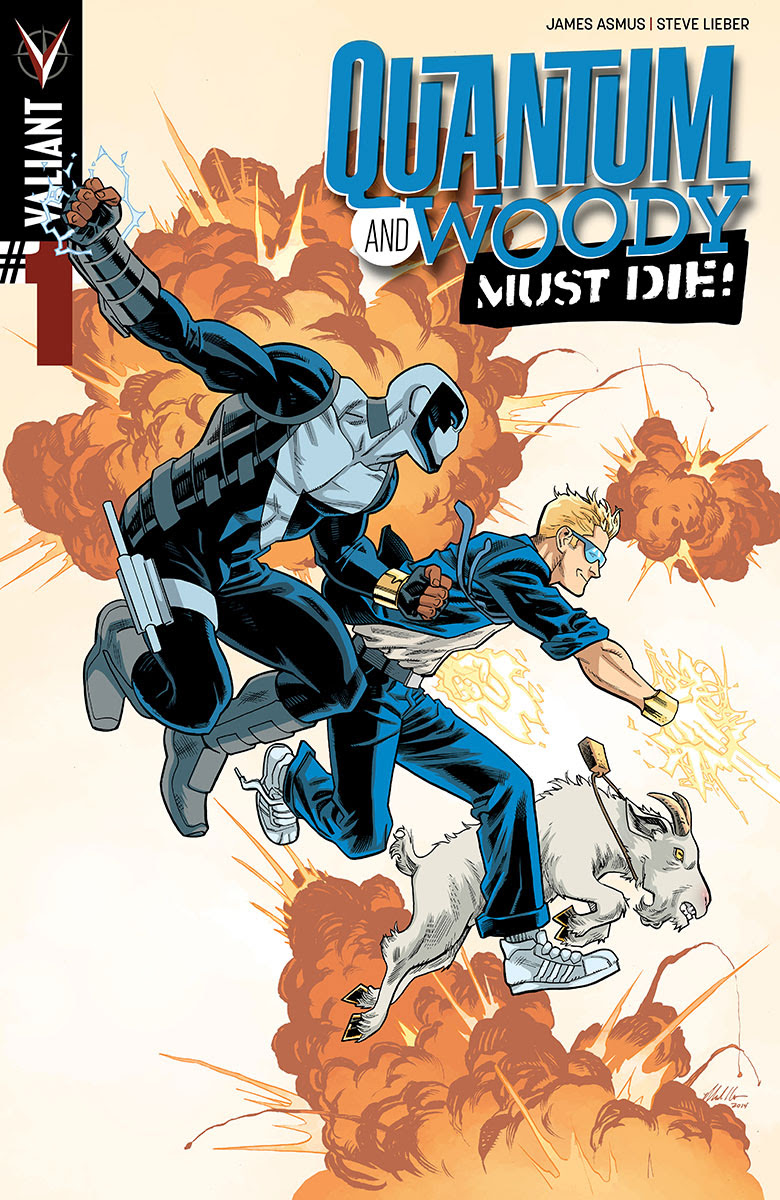 QUANTUM AND WOODY MUST DIE! #1 – Cover by Mike Hawthorne 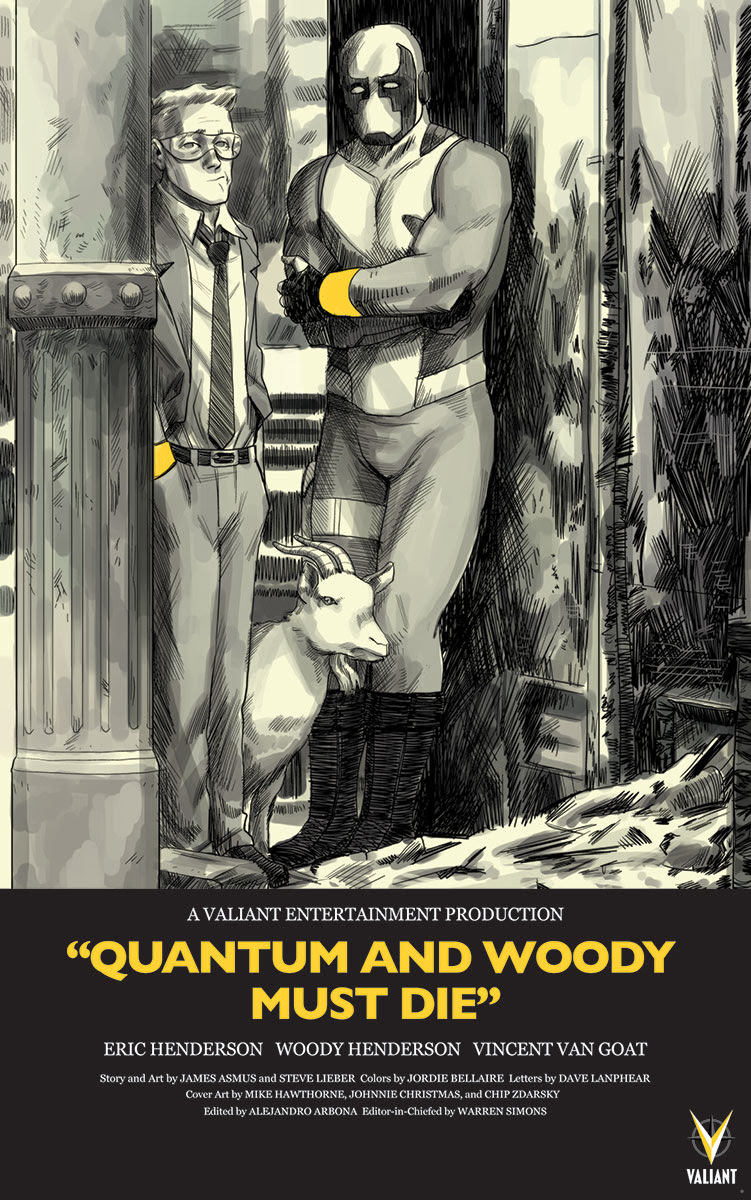 QUANTUM AND WOODY MUST DIE! #1 – Variant Cover by Chip Zdarsky

Like Loading...
Previous article
Monsters Are Such Interesting People – Two Films from the Colossal Bert I. Gordon
Next article
IDW Publishing Recaps NYCC 2014!